The annual Amazon Prime Day online shopping carnival is clearly hit by the COVID-19 epidemic.Originally, people could enjoy the special benefits of thousands of products ranging from computer components to games and electronic products, but this year's pace has been obviously disrupted.Reuters reported recently that the e-commerce giant may postpone the 2020 Prime Day push for at least a month. 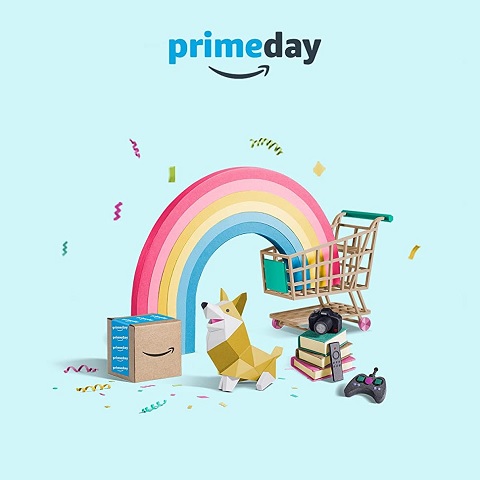 Even if people aren't willing to take part in the Prime Day rush, the impact on amazon itself is significant.

It has been reported that the company is expected to lose $100 million in revenue due to the postponement of activities, or even up to $300 million in the worst case. The main reason is that many commodities in the current season are over stocked and need to be sold at a large discount after the peak season.

As for the adjusted promotion time of prime day, Amazon officials may have no idea. However, Reuters pointed out that it may be one month later than in previous years, and it is expected to be held as early as August.

For reference, Amazon sold more than 175 million items during its prime day promotion last year. However, it remains to be seen whether the company can continue to break this record this year, given the huge impact on the income of many people.

Related news
Foreign Media: Amazon Prime Day is just a fake version of Ali Shuang11
Amazon plans to postpone prime day promotion for at least one month
Don't allow warehouse employees to take time off during Amazon Prime Day event
Amazon announced that Amazon One palmprint recognition technology no store can lift the hand to pay
Hot news this week
Young people can't change their mobile phones one brother pressure in the channel inventory up to 50 million
Chinese mysterious female rich 560 million buy European luxury homes: the full amount of cash is paid at a time
Criminal gang candid courier list takes the money 8 people to be arrested
Do you make feed after Yi Lord? Zhenghong Technology M & A has mystery
The first pop -up shop in the United States opened, Bubble Mart opened the North American expansion plan
The goose factory is finally making a move on the metasverse?
The 560m Chinese woman who bought luxury homes has also been involved in JD.com's investments in Tuniu, Vipshop and Fafa Qi
With this charging treasure that can legal "stealing electricity", I don’t worry about the mobile phone out of power
Son's bet that ARM's listing will boost SoftBank's stock price?
Huawei Hongmeng has become! Many mobile phone manufacturers will follow up with Hongmeng OS technology
The most popular news this week
A large number of QQ numbers stolen official announced the results of the investigation
Tencent said major shareholders will sell their shares for a total profit of about 24.5 billion yuan
Born with a silver spoon in one's mouth, IE finally why can't escape the fate of being eliminated?
The first batch of meizu free battery replacement models are announced: Meizu 15 and other five models are listed
Meizu official celebrate Flyme 10th birthday: More surprises, wait for August
The first batch in the country! "Main Driving Unmanned" Autonomous Driving is approved
IPhone 14 revealed the earliest early August mass production Foxconn a large number of recruitment: on entry to send 5400
700MHz gold band! China Radio and Television wechat mini program launched
China Radio, Film and Television has officially announced that ZTE will be the first group to support commercial 5G broadcasting
Japan's chip industry has a 35,000 talent gap? Tech giants warn