On March 25, IPv6 advocate Jun Murai announced that he will sell more than 14 million IPv4 addresses, and all the proceeds will be used in the form of trust fund to improve Internet services in the Asia Pacific region and further fill or even eliminate the global digital divide. 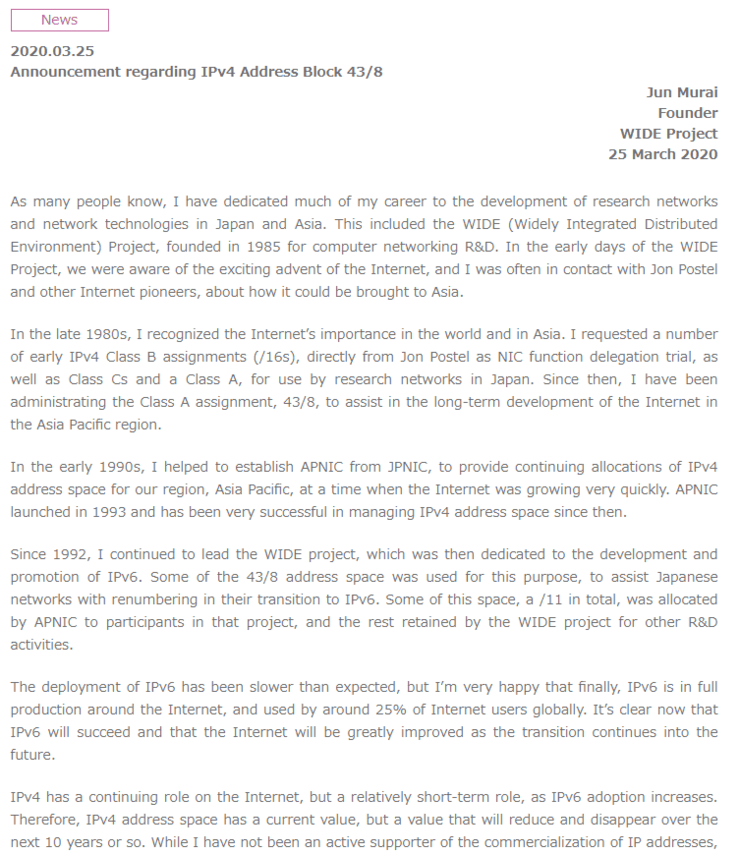 Due to the serious shortage of such 32-bit network address, its market value is very huge. Currently, each IPv4 address costs between $20 and $30. Murai has about 14.7 million addresses in its address block, currently worth between $294 million and $441 million. It is estimated that about $300 million will be available for the sale.

It's unheard of to sell such a large number of unused addresses at one time. In addition to Google, Facebook and other giants, the giants in the field of cable communications, multinational mobile operators and so on also need these addresses. At that time, there may be a fierce competition between the giants. 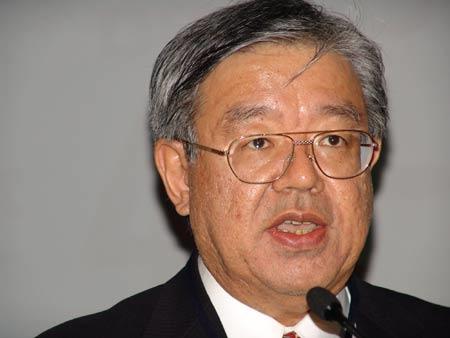 In 1984, he developed the Japanese University UNIX Network (JUNET), the first ever inter-university network in Japan.

In 1988, he founded the Japanese Internet Research Union

In 2005, Murai won the Jonathan B. Postel Service Award of the Internet Association for his pioneering work in Internet communication in the Asia Pacific region. In 2011, he was awarded the Institute of electrical and Electronics Engineers Internet award.

Despite Murai's high status as an Internet engineer, the decision could be controversial.

The reason is that all five regional Internet registration authorities (RIRS) have a rule that any alternate IPv4 address should be returned to RIR free of charge and reallocated as needed.

But before the rules were made, Murai had already received his address bar. Therefore, through the wide project, he is free to handle these addresses as he wishes.

APNIC is the Regional Internet registration authority responsible for managing IP addresses in the Asia Pacific region. It has long been neutral about address sales. Although they recognize the role of address sales in freeing up address space, they do not support this activity. 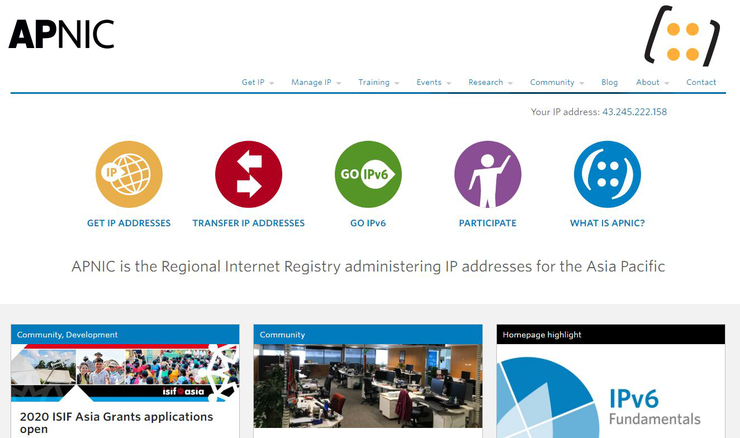 And this time things may change

A spokesperson for APNIC said Murai and wide would sell the addresses and process the funds raised, without profiting.

Both Murai and APNIC recognize that the move could fail.

Murai said in the announcement that although he has not been an active supporter of IP address commercialization, there is an objective demand for IPv4 address market. The APNIC community will develop an appropriate market transfer policy framework and remain neutral.

On March 25, on the day Murai issued the announcement, the Executive Board of APNIC announced the establishment of the Asia Pacific Internet Development Foundation (apidt). 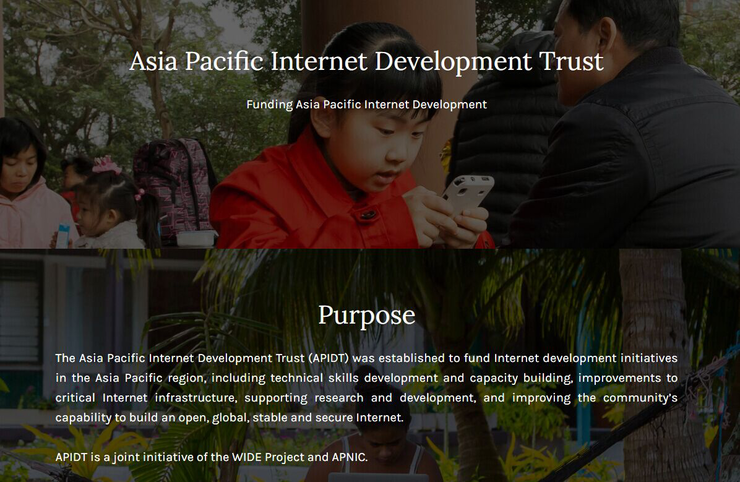 In Murai's view, although the address space he owns currently has considerable value, these values will gradually decrease and disappear in the next 10 years or so.

Therefore, rather than allowing the value of IPv4 addresses to drain, it seems to be a more sensible choice to set up the funds raised by apidt management to improve Internet services and connectivity in the Asia Pacific region.

Apidt will benefit the Internet development in the Asia Pacific region by using the proceeds from the sale of address space, including funding for technological skills development and capacity-building, improving Internet infrastructure, supporting research and development, and improving the ability of communities to build an open, global, stable and secure Internet.

The trust fund will also be able to receive other contributions in the future. At the same time, Maddocks' lawyers will also be involved, and all procedures will be open and publicized on the official website.

However, donations and other things are very far away. Their current plan is to use the proceeds of the IPv4 auction as the principal, and use the interest of millions of dollars per year for investment to obtain the activity funds of the trust fund.

Wilson, director general of APNIC, said that ten years ago, people thought that the market would eventually bridge the digital divide, but until now, this has not happened.

Recently, due to the impact of the coronavirus pandemic, people in areas with limited Internet access and slow access speed have been more affected.

In Wilson's view, whether selling an IPv4 address will be a wise decision or a betrayal depends on where the money raised is used.

If the last big chunk of the IPv4 address space can help replace IPv6, narrow the digital divide, and enhance the overall security of the Internet, then there is no doubt that it will be seen as a success.

Related news
Global IPv4 address exhaustion IPv6 new system is forming
$300 million "father of the japanese internet" sells 14 million IPv4 addresses
You Zheng, vice president of Tsinghua University: the Internet is in a critical period of switching from IPv4 to IPv6
Hot news this week
Behind the exposed layoffs, China has praised the loss growth, and the stock price has fallen 67% in three months.
The news said that the Wi-Fi7 chip uses a 7/6nm process to stimulate QFN packaging and aging testing needs
Alipay life channel 20 million people see Wufu Sheng Xiaoka lottery live, fans: difficult for the public
The U.S. government is introducing new policies to attract international students in fields like science and technology
The U.S. Senate Committee passed the tech antitrust bill, and giants such as Apple and Google rose to the challenge
It has been exposed that it will be acquired by Tencent: the Black Shark 5 game mobile phone is officially announced!
China has successfully developed the world's lowest power phase change memory: a thousand times lower than mainstream products
Microsoft Apple Meta seizes the XR market, the Samsung of the fillet folding screen mobile phone or wants to catch up
K50 e-sports edition opponent is coming! A new Chinese phone released in February: it claims to be the best gaming phone
Station B Bilibili 2021 Top 100 UP Main Selection: 63% of new entrants, double the proportion of scientific and technological knowledge
The most popular news this week
7 years! The classic control panel doesn't die: Windows 11 takes another step back
All color renderings of the Samsung Galaxy S22/Plus/Ultra flow out
Indian smartphone shipments increased by 12% of China's reputation points near 68% share Samsung plans to add code
Three months after launch, Microsoft is "happy" with Windows 11: more successful than previous systems
Google announces the abandonment of FLoC: launches a new Topics API to replace third-party cookies
Reveal the "land Probe 1 A star" space autopilot: "time and space revisit" to predict geological disasters
Circle of friends can send more than 9 pictures weChat iOS version 8.0.18 official version of the new content public
Douyin push incentive plan: carry forward China's excellent traditional culture
Common software is spitted in an amazing: mobile phone app memory
A rocket launched by the United States 7 years ago was about to hit the moon and self-destruct: the speed was staggering