Tonight ,HuaweiP40、P40Pro、P40Pro will usher in the first edition of the national bank, we look forward to the final price will also be officially announced. Before the launch, a microblog digital blogger exposed the price offered by offline people. Of these, the P40 is 3988 yuan, the P40Pro is 5688 yuan, and the P40Pro is 8988 yuan. 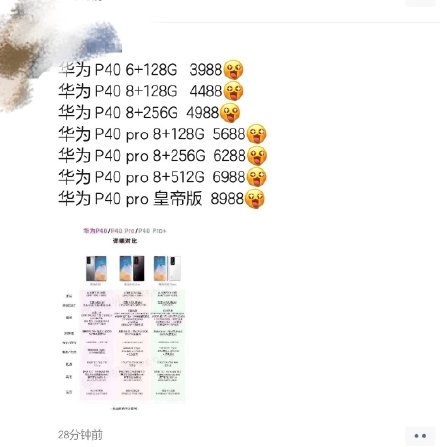 As a comparison, the overseas price of Huawei P40 series is: 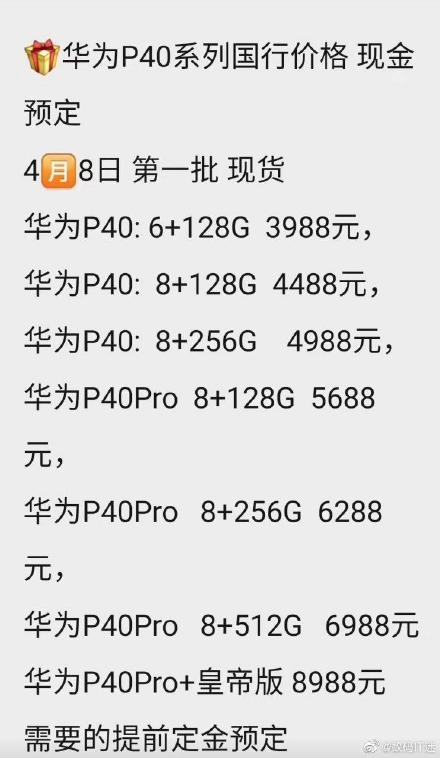 If the starting price of P40 series is consistent with that of P30 series, under the background of general price increase of 5g mobile phones, the cost performance ratio is very prominent. Of course, the final price has yet to be announced by Huawei officials.