Another Indian executive took office. On April 6, U.S. time, IBM announced Arvind Krishna( Arvind Krishna) as the official CEO, the day Krishna issued a full-staff letter that said IBM would focus on artificial intelligence and mixed clouds as key technologies for the future, in the epidemic now, IBM is an indispensable role. 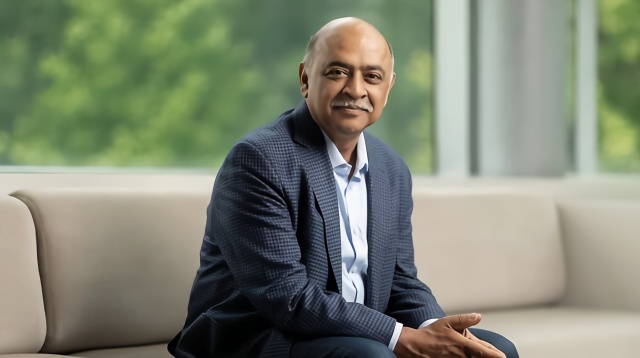 In fact, on January 30, IBM announced the appointment. After more than two months, Krishna officially took office. Before that, he was the head of IBM's cloud computing business.

Virginia rometty, the former CEO of IBM, is the first female CEO in IBM's 100 year history. Under her leadership, the blue giant has gone through quite controversial years. During 22 consecutive quarters of declining earnings, rometti was once criticized by the media as the worst CEO. 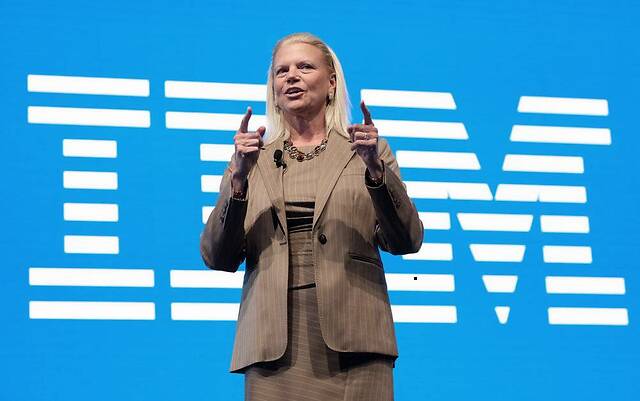 And now that IBM have completed the change, the challenges facing Indians are daunting.

Krishna has a "template" resume of India's elite. He was born in India, graduated from India, studied in the United States as a graduate student, and received a doctor's degree In 1962, Krishna was born in Andhra Pradesh, India, and studied at the Indian Institute of technology in Kanpur (Indian Institute of technology is composed of several branches). It is needless to say that this school is also graduated from India's top engineering college, Google CEO Pichai and others.

When he arrived in the United States, Krishna received doctorate from the Department of Electronic and Computer Engineering at the University of Massachusetts, Urbana Champagne.

Krishna began his career as an engineer in IBM in 1990, after 30 years in IBM at the age of 57. His first job was a security and data engineer in charge of computing system Watson. 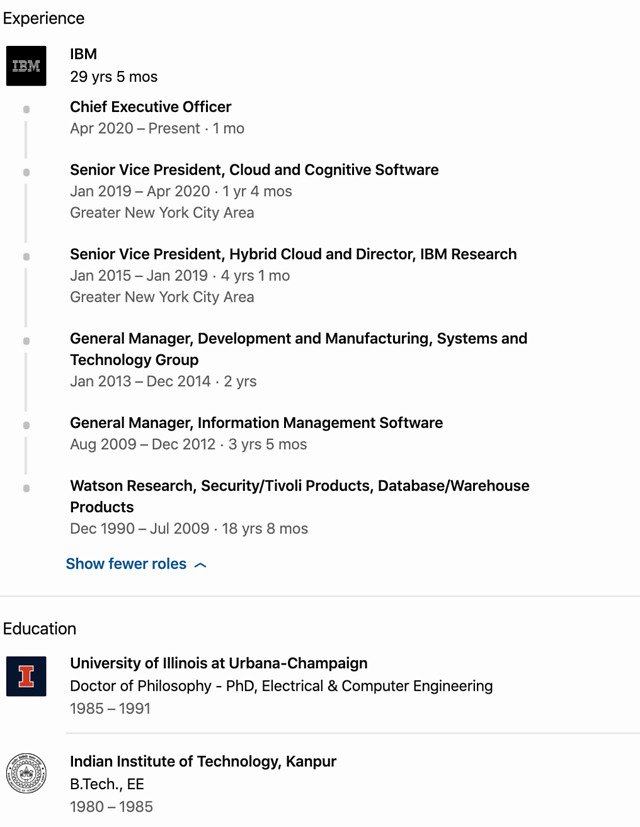 In 2015, Krishna was promoted to senior vice president, and in 2017, he became the leader of IBM's cloud computing business.

Krishna's biggest achievement after he was promoted to management is that he led IBM's acquisition of red hat. In October 2018, IBM officially acquired red hat for 34 billion US dollars. At that time, Krishna was senior vice president of IBM hybrid cloud and head of IBM research. He played an important role in the largest acquisition in the history of IBM, and he was also the chief architect of the acquisition.

In January 2019, Krishna took over as senior vice president of IBM cloud, managing the IBM cloud platform, IBM security department, cognitive application business, and IBM Research Institute, which is in charge of leading-edge business exploration such as quantum computer. Cloud is IBM's bet on the future. The importance of this position is self-evident. Since then, IBM has intended to train Krishna to become another Indian CEO in Silicon Valley.

It should be noted that Krishna has 100% technical background, which distinguishes him from the previous three CEOs of IBM. According to Craig Lowery, cloud computing analyst at Gartner, IBM's appointment decision helps ensure the success of its cloud strategy, because Krishna's career has been focused on relevant technologies. 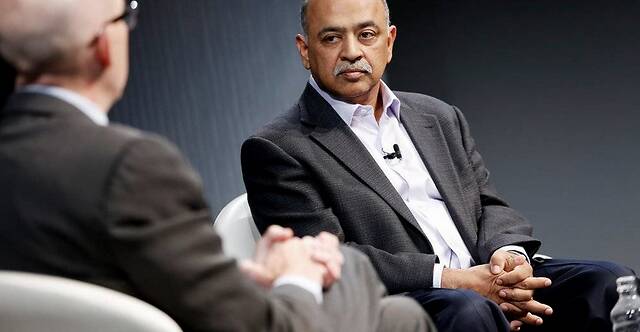 CEO with technical background may bring some changes to the atmosphere of large enterprises such as IBM. Krishna publicly expressed his wish to retain the freedom of thought and criticism of the two companies at the conference of purchasing red Mao.

Wedbush Securities analyst Dan Eves (Dan Ives) has also commented on Krishna :" He is willing to listen and accept criticism, and he wants to really see who he is who IBM is.

On the day of taking office, Krishna proposed in his letter to employees that IBM has been in the leading position in cloud computing, AI, blockchain, quantum and other fields. In order to promote IBM's hybrid cloud strategy, we need to deepen our understanding of two strategic campaigns:

One is to successfully embark on the journey to hybrid cloud and AI, and the other is to make full use of IBM's competitive resources, such as its leading position in open source.

The burden on the Indian shoulders is heavy. IBM is still a big name, but compared with its competitors, the former blue giant is no longer "huge". IBM's market value is now about $100 billion, about one tenth of the main competitors Microsoft and Amazon.

The Q4 financial report of IBM in 2019 shows that the revenue of the quarter increased slightly year on year, but the net profit increased by 88.1% year on year. However, throughout the whole year of 2019, it is still in a downward trend, in sharp contrast to the hot US technology stocks.

The good news is that the outside world is basically positive about Krishna's appointment. On the day of the appointment, IBM's share price rose by 5%. Some analysts take Pichai as the comparison object, and think that CEO with technical background is very important for technology companies. Blue giant, looking forward to under the leadership of this Indian CEO, return to the past glory.

As you can see, Indians have become a force that cannot be ignored in Silicon Valley.

It's not just managers, middle-level and grass-roots employees. Indians also occupy a large number of positions.AppleOne third of the engineers are from India. According to Kaufman foundation, 40 of every 100 start-ups in Silicon Valley were founded by immigrants between 2006 and 2012, of which about 12 were founded by Indians.

In contrast, after Shen Xiangyang and Lu Qi, no Chinese have ever held important positions among American technology giants.

In addition, although many people laugh at Indian English accent, India's average English level is far ahead of China's, which is certainly related to policy. India was once a British colony, and English is one of India's official languages, which can integrate into the American environment relatively smoothly.

A more critical issue is that India's local technology and Internet industries are relatively backward. Although there are quite a number of elites at the top of the pyramid, India is still the third world country after all. By the end of 2017, the country has 99 million people who can't use electricity. It is the country with the largest number of people without electricity in the world. Power has not yet been fully popularized, let alone the establishment of the industry A large number of software developers are engaged in the outsourcing industry.

Under this situation, the elites have to go abroad to seek development. Every year, at least two-thirds of Indian graduates choose to leave India, 38% of them will stay in the United States. India is facing a serious brain drain problem.

It is true that the software industry in China is indeed stronger than that in India. However, it is also true that Indian Americans, especially senior executives, play a greater role in Silicon Valley than Chinese Americans. This is also a fact that needs to be treated rationally.