JPMorgan Chase: Sales iPhone down 10% this year to cut its target price to $335 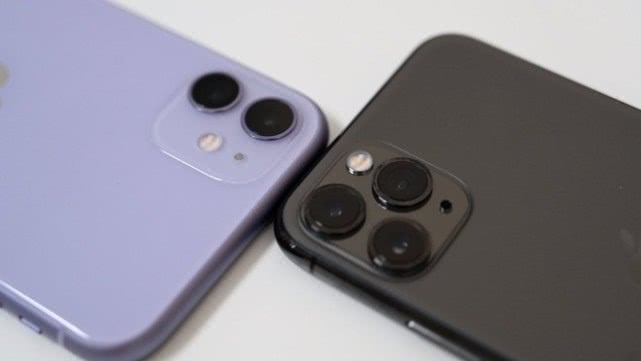 Tencent technology news, according to foreign media reports, JPMorgan Chase, the investment company, lowered the target price of apple stock to $335, because the new crown virus epidemic and store closure are expected to have a greater impact on Apple's profits than previously predicted.

Jpmorgan expects the closure to disrupt demand in the second quarter, due to testing problems,

As a result of the continuing effects of the coronavirus pandemic, JPMorgan analyst Sammyke Chatty (Samik Chatterjee) is adjusting his response to

The analyst, who assumes that all Apple retail outlets outside Greater China will reopen in mid May, lowered Apple's sales forecast from 33 million to 15 million. An internal memo from Apple had suggested that the company would reopen some stores in April.

iPhone overall sales are expected to fall by 10% compared with the same period last year. This is based on the latest sales estimate of 175 million units throughout 2020. Mr. Chatterjee added that the decline in second-quarter sales could be driven by fourth-quarter growth 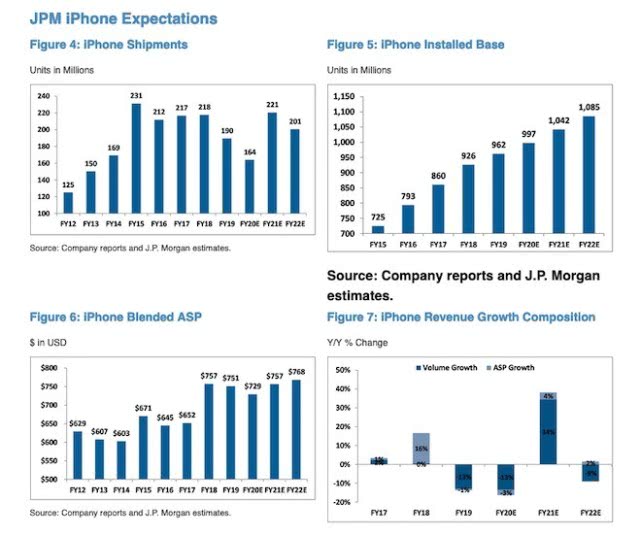 In his last study, Chatterjee also predicted that Apple's sales would suffer some disruption, though not as much as he now predicted. He then insisted that the company would maintain a strong momentum of development and basically recover in 2021.

The analyst still believes there is room for upside in several areas of Apple's business, including switching to services, growth in the installation base, technology leadership and options around capital deployment

Chatterjee has cut apple's target price from $350 to $335, based on a $16.75 per share earnings forecast and a 20 times comprehensive profit and earnings ratio. 16 times for iPhone, 11 times for Mac and iPad, 25 times for service, 20 times for airpods and apple watch, and 11 times for other products. (Tencent technology reviser / LE)

Related news
The History of the Development of the iPhone Camera
The popularity of iPhone sales has brought Apple's market capitalization back to the first place in the world. Why did it "crush" Microsoft?
IPhone 11 Apple's market value returns to the first place
JPMorgan Chase: Cell phone sales iPhone down 10% this yea
JPMorgan Chase: Sales iPhone down 10% this year to cut its target price to $335
Hot news this week
Rich AMD b550 motherboard: 55 models are fully exposed
Director Wang Jing! Tencent Video: see you on May 22
Huawei the cheapest 5 G phone! The Z 5G is about to be released :90 Hz Water Drop Screen Plus
Huawei released operation data: an increase of 131.7 billion in R & D investment 29.8% Inventory up 167.4 billion 73.4%
Microsoft speed! Windows 10 2021 will come next month
Why does China's semiconductor industry not have to be pessimistic?
Japan's first listed company goes bankrupt: China Ruyi group's abacus fails?
Novel coronavirus pneumonia will be approved by the European Union after the United States and Japan. Reed will be used to treat new crown pneumonia.
Three generations of sharp dragon make new! Amd ryzen 7 3750x / 3850x exposure: 105W super frequency little prince?
Tao Lin, vice president of Tesla China Foreign Affairs: Shanghai Super factory is expected to refresh "Tesla speed"
The most popular news this week
Microsoft speed! Windows 10 2021 will come next month
Make masks more fashionable? US clothing industry takes over the market of non-medical masks
Analysis on the performance improvement of the whole line high frequency multi-core ten generation core game
Microsoft Surface duo brings improved stylus support for Android system
Microsoft is recruiting 16 engineers to speed up the development of folding dual screen mobile phones
[multi map] the new Cortana is separated from the "beta" label in the Microsoft Store
Chinese engineers suspected of cheating $1.5 million in anti epidemic loans in the United States: arrest
48 million main camera 120 Hz screen Redmi the most affordable 5 G mobile phone on the shelf :1799 yuan
There's a new change in iPhone 12: airpods sales are going up, and apple is doing it on purpose
Huawei Changxiang Z brings dual-mode six band 5g to the stage to make 5g purchase in one step