Every year the release of HuaweiP series of mobile phones will attract strong attention, whether the face value or image ability are deeply recognized by the majority of users. With HuaweiP40 series officially released in China, let's focus on what surprises the brand new HuaweiP40Pro will bring! 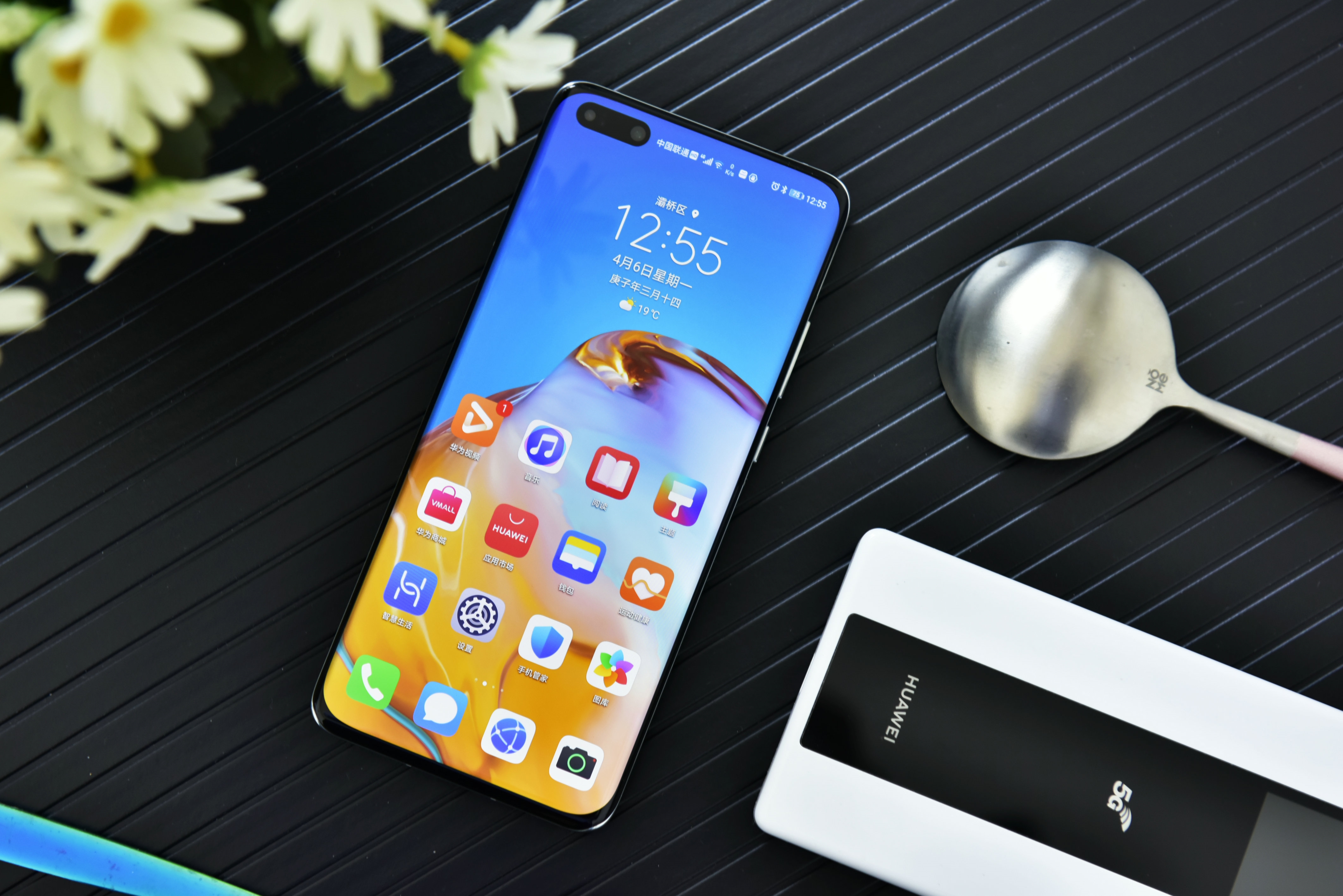 HuaweiP40Pro front is a 6.58-inch OLED screen, and of course the Rhine T in Germany 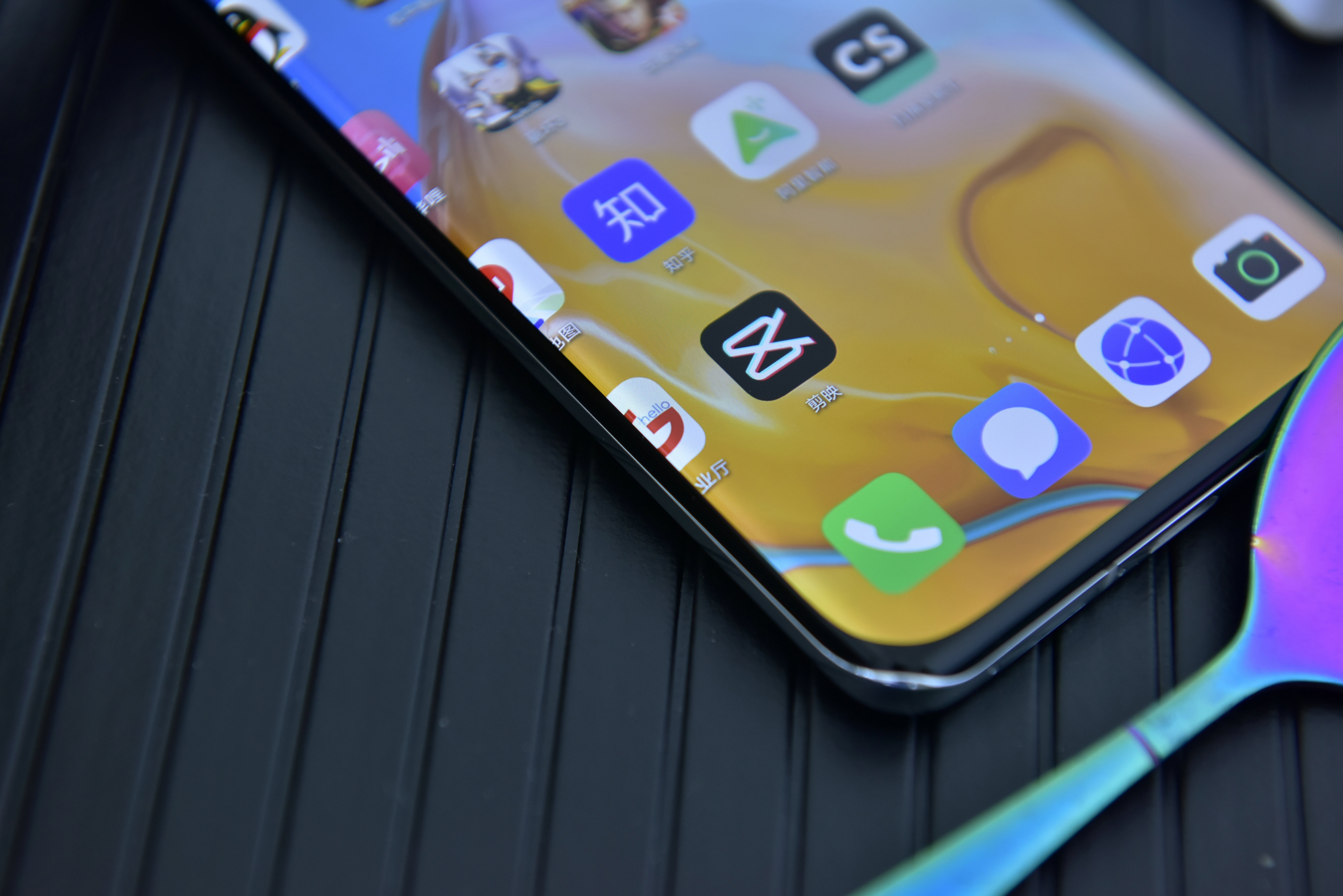 In addition, Huawei P40 Pro is equipped with the industry's first four music overflow screen, showing slight radians all around, and the radians are just right. In terms of use, it can be said that it greatly reduces the chance of accidental touch. 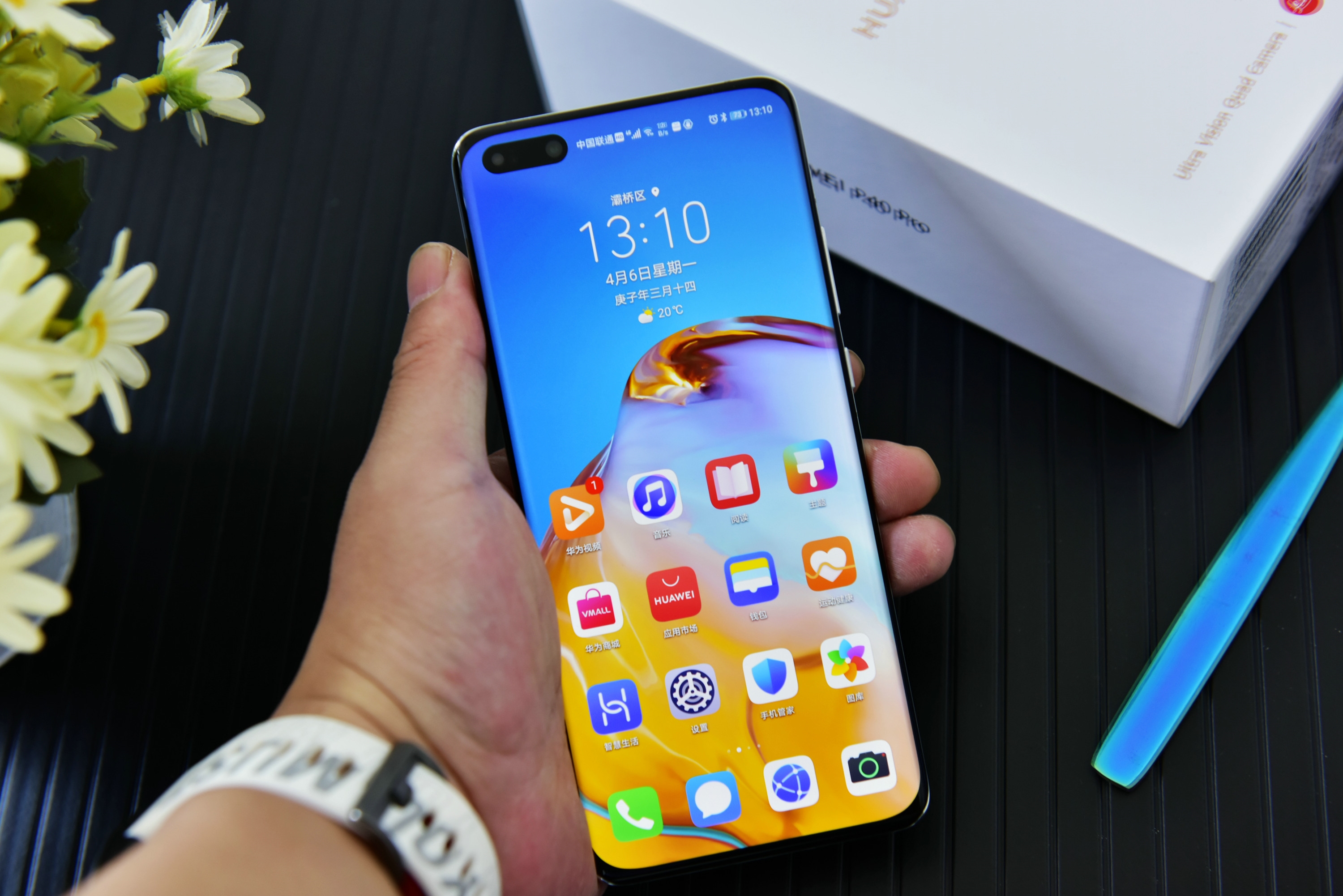 The streamlined R-angle design around, in addition to the radian consistency with the screen, has brought a great improvement in the hand feel, which is not only more round, but also easier to operate with one hand. At the same time, the new off screen fingerprint design also improves the unlocking speed by 30%. The earpiece part also uses the magnetic suspension screen sound technology, the volume is relatively excellent, and daily phone calls can also have a good sound quality performance. 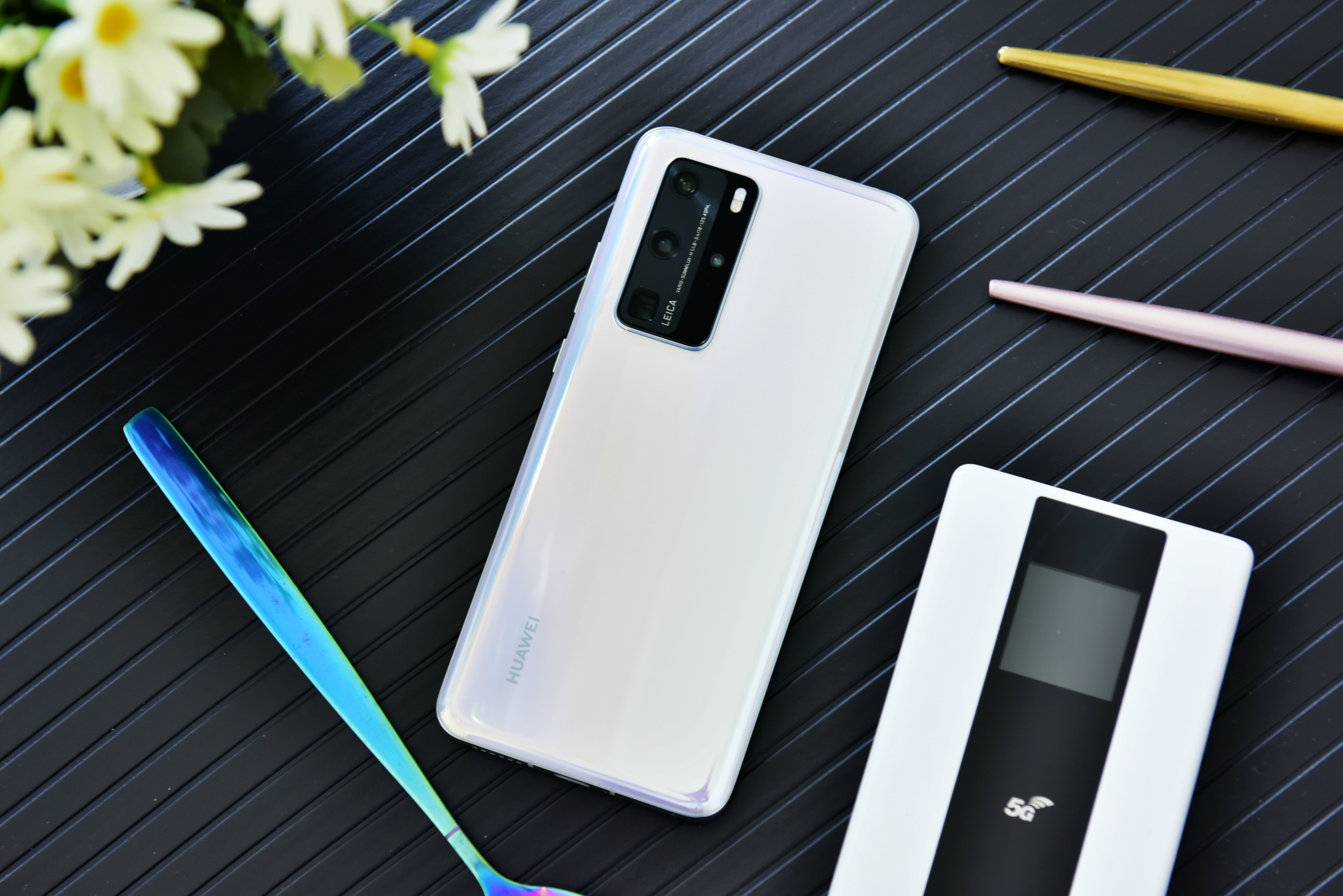 On the back of Huawei P40 pro, a brand-new color selection is adopted. Elegant colors make zero white, ice silver and dawn gold color widely praised. Of course, the visual impact it brings is also very shocking, not only in different angles, the color changes strangely. 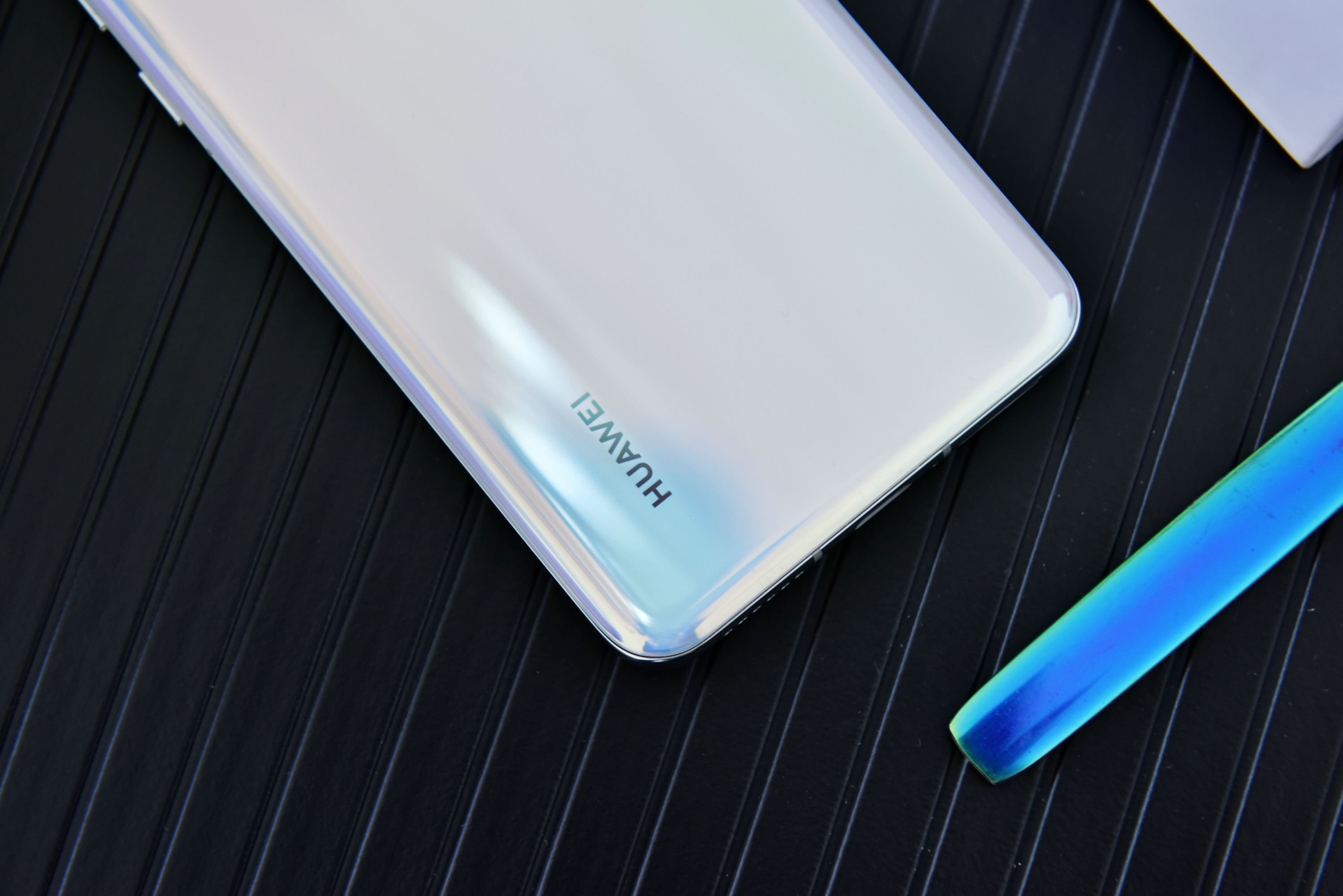 Through the ingenious superposition of frosted glass and nano texture diaphragm, the reflected depth of field causticity texture will also make the whole mobile phone more elegant and fashionable. 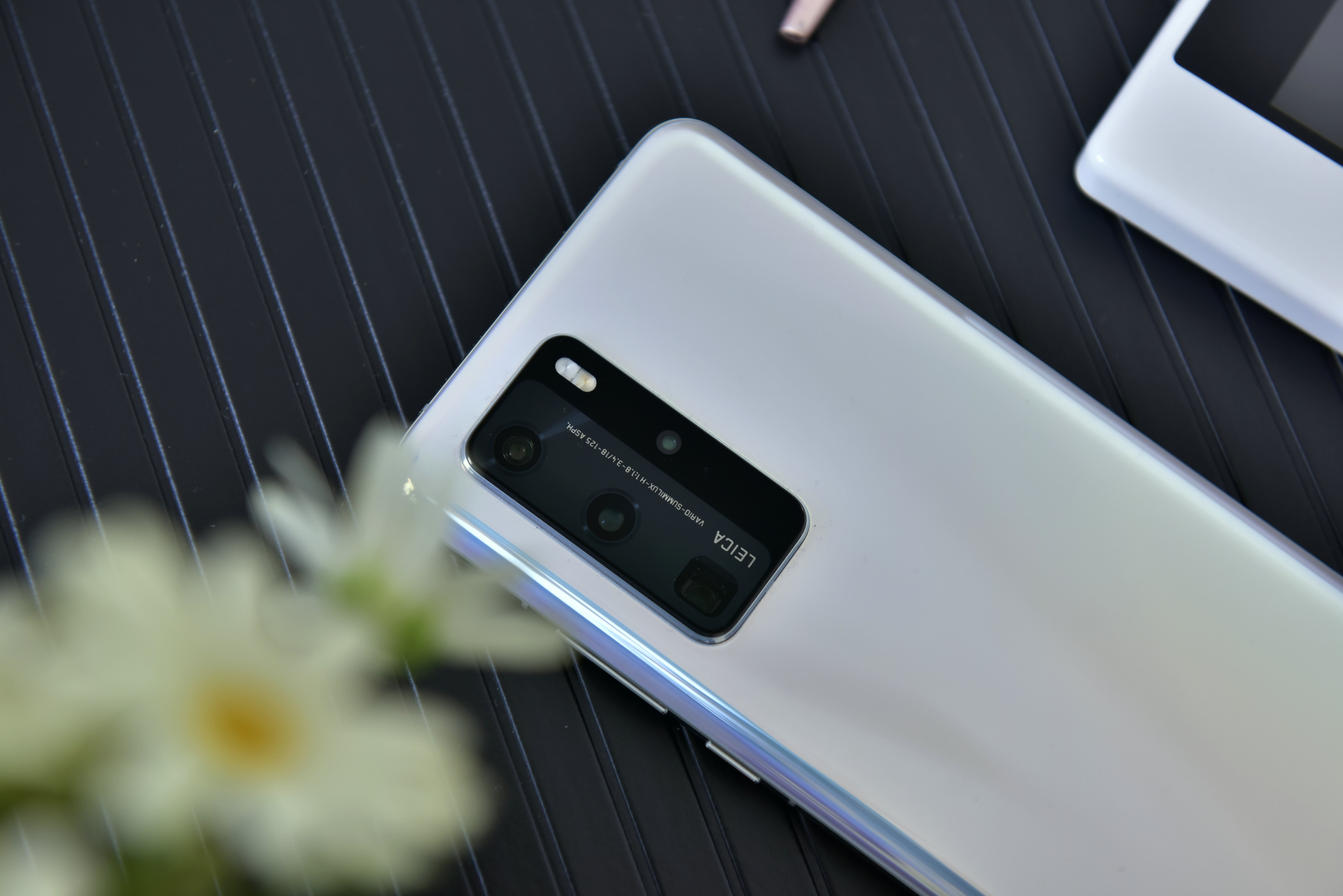 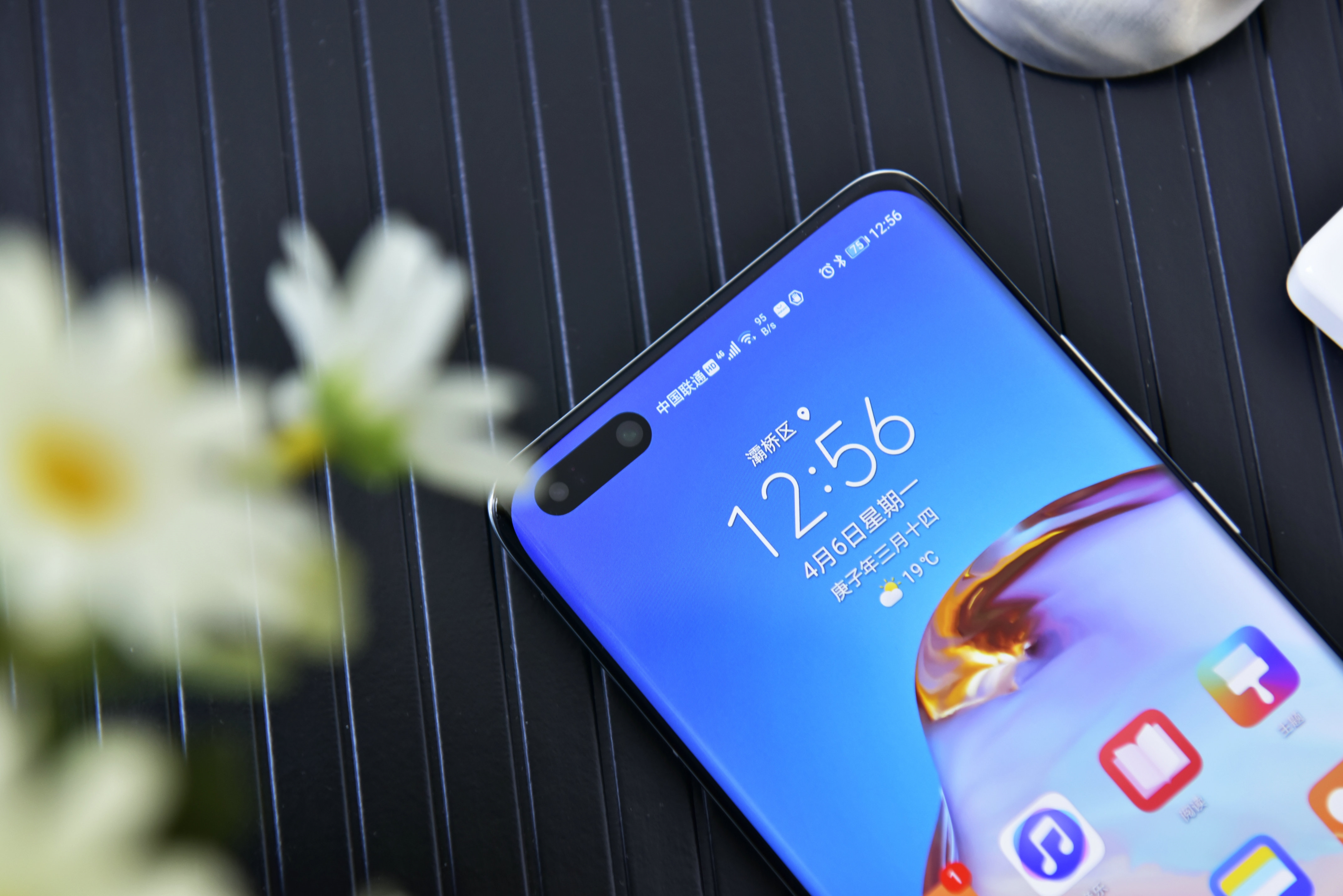 front camera ,HuaweiP40Pro equipped with 32 million pixel camera depth of field / pose dual camera combination. Support 4 K UHD video recording. From the simple test, the right side should be 32 million main camera, the left side is the depth of field camera. 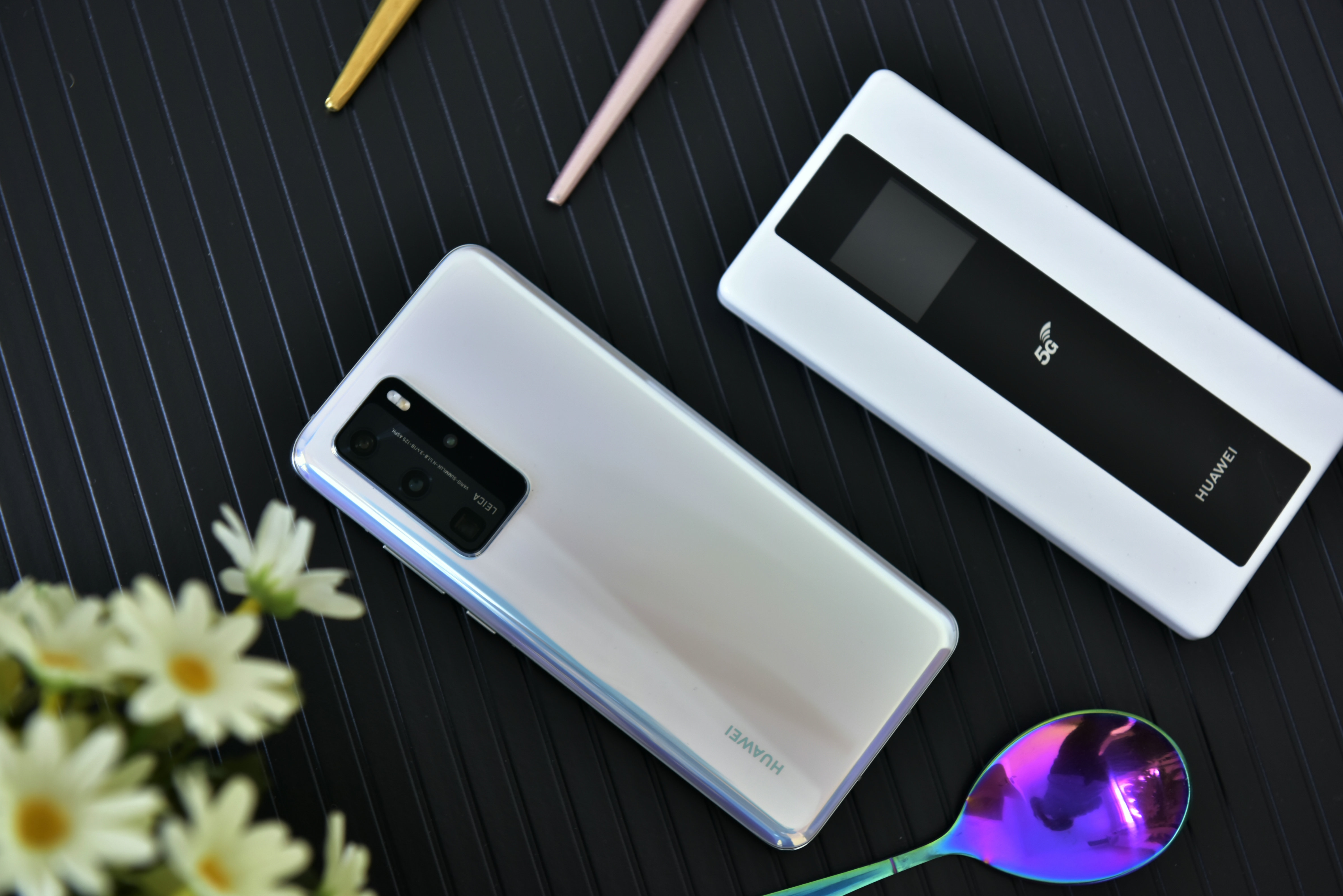 From a quick start and experience ,HuaweiP40Pro's performance in hand feel and design really makes people feel very different. The roundness and smallness of the four-curve screen may be one of the best performances of the flagship aircraft.

In all mobile phones today, day shooting can basically meet the daily needs of everyone, only in some special scenarios, we can see whether the camera performance can reach the flagship level. 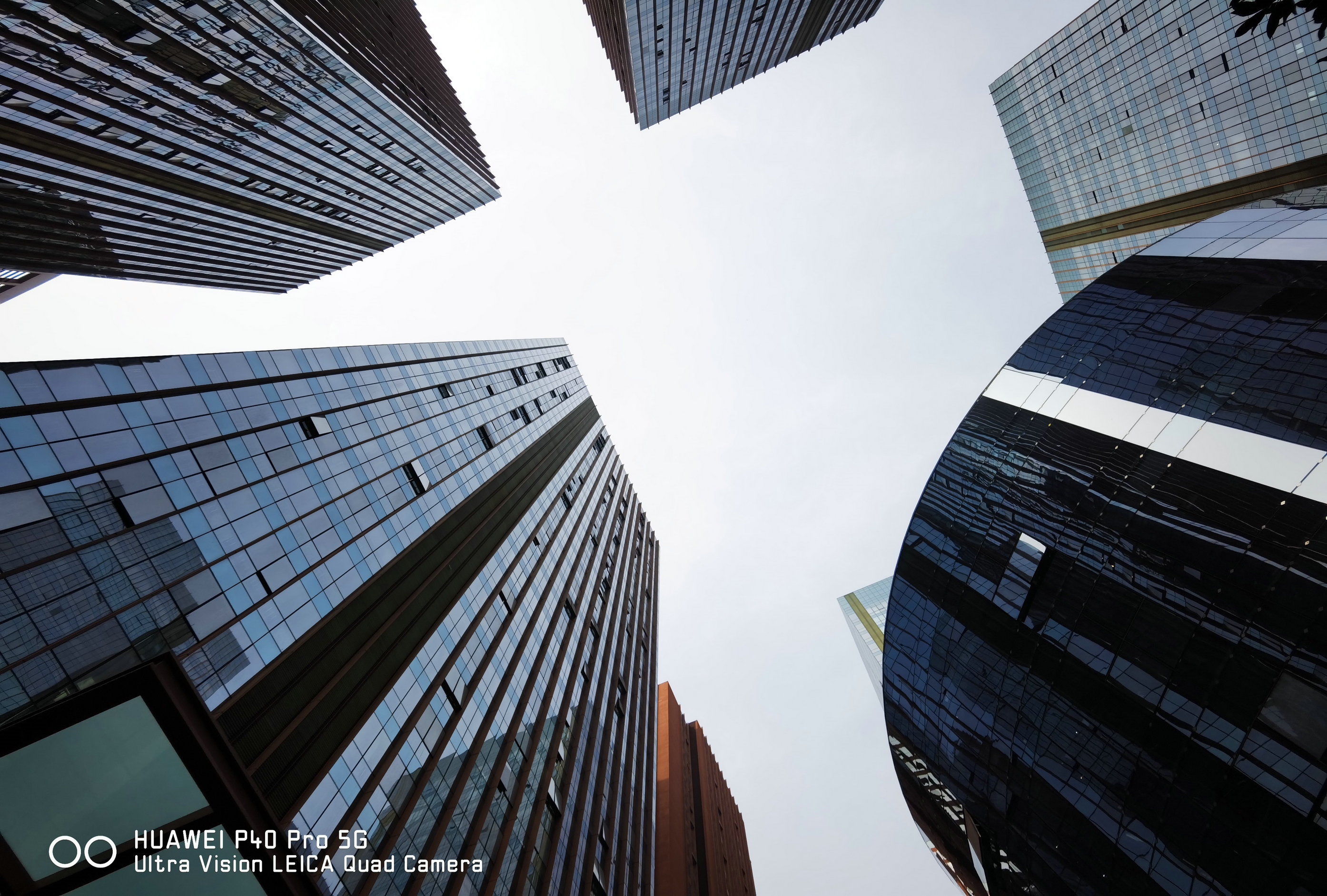 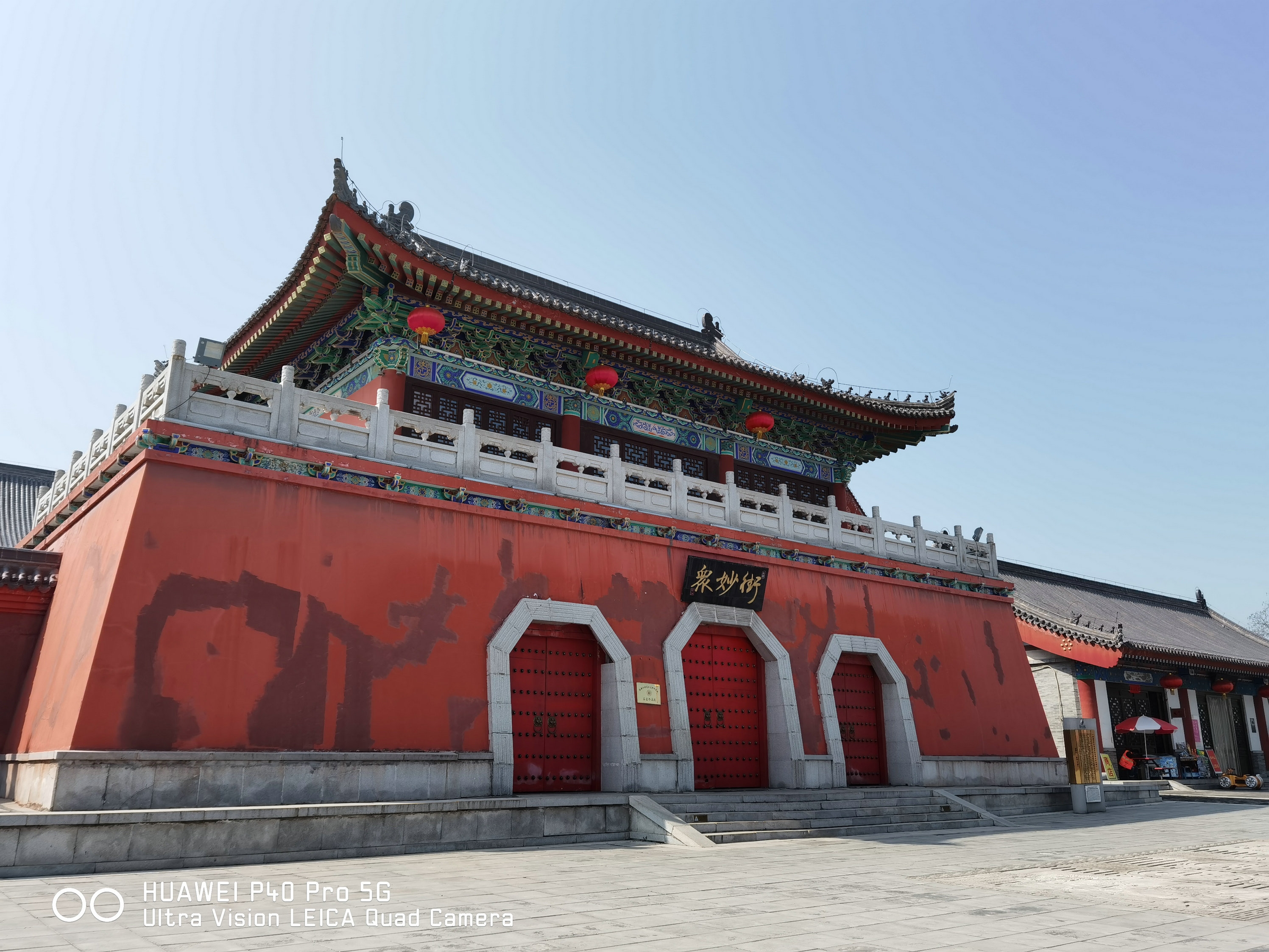 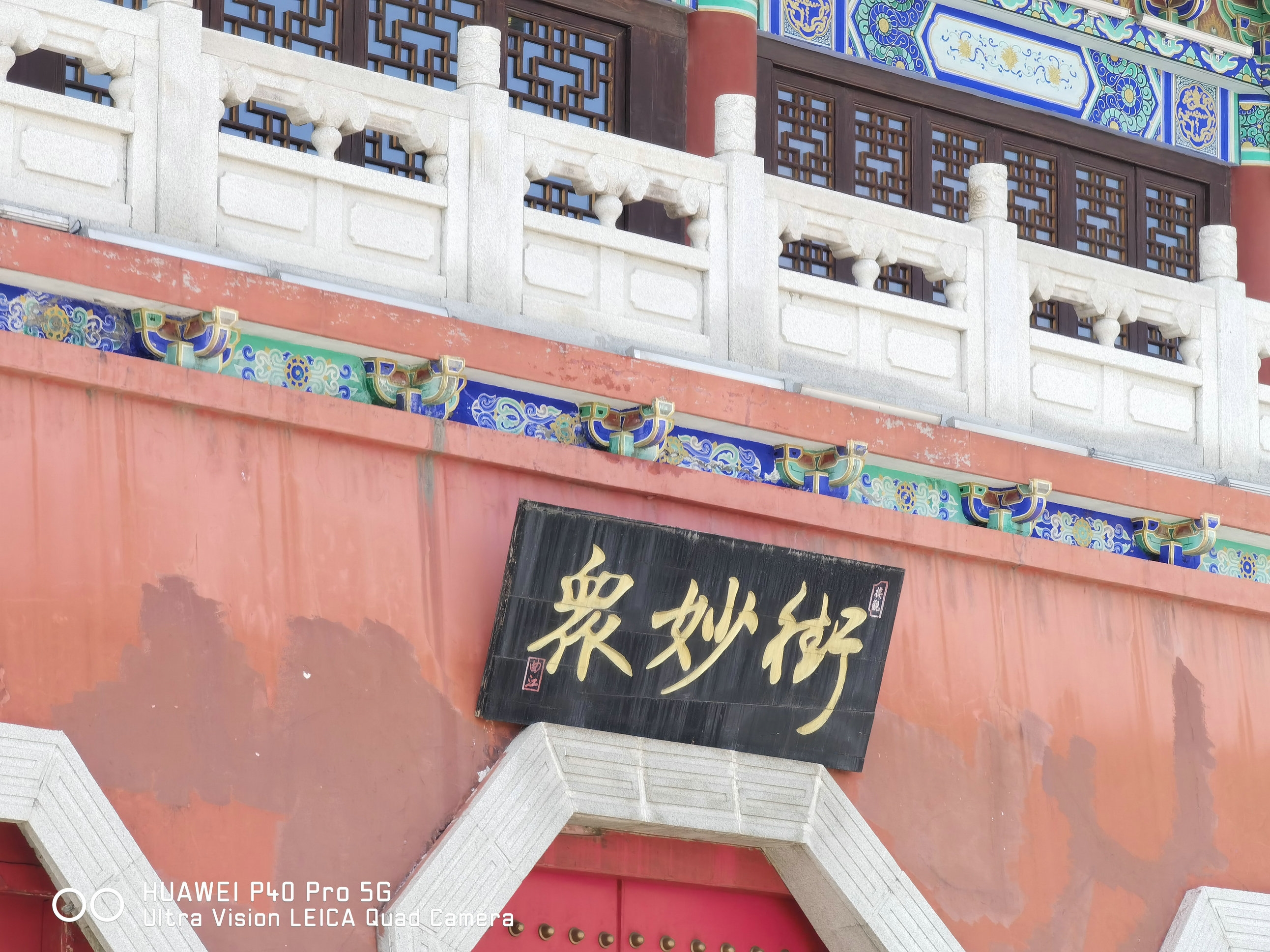 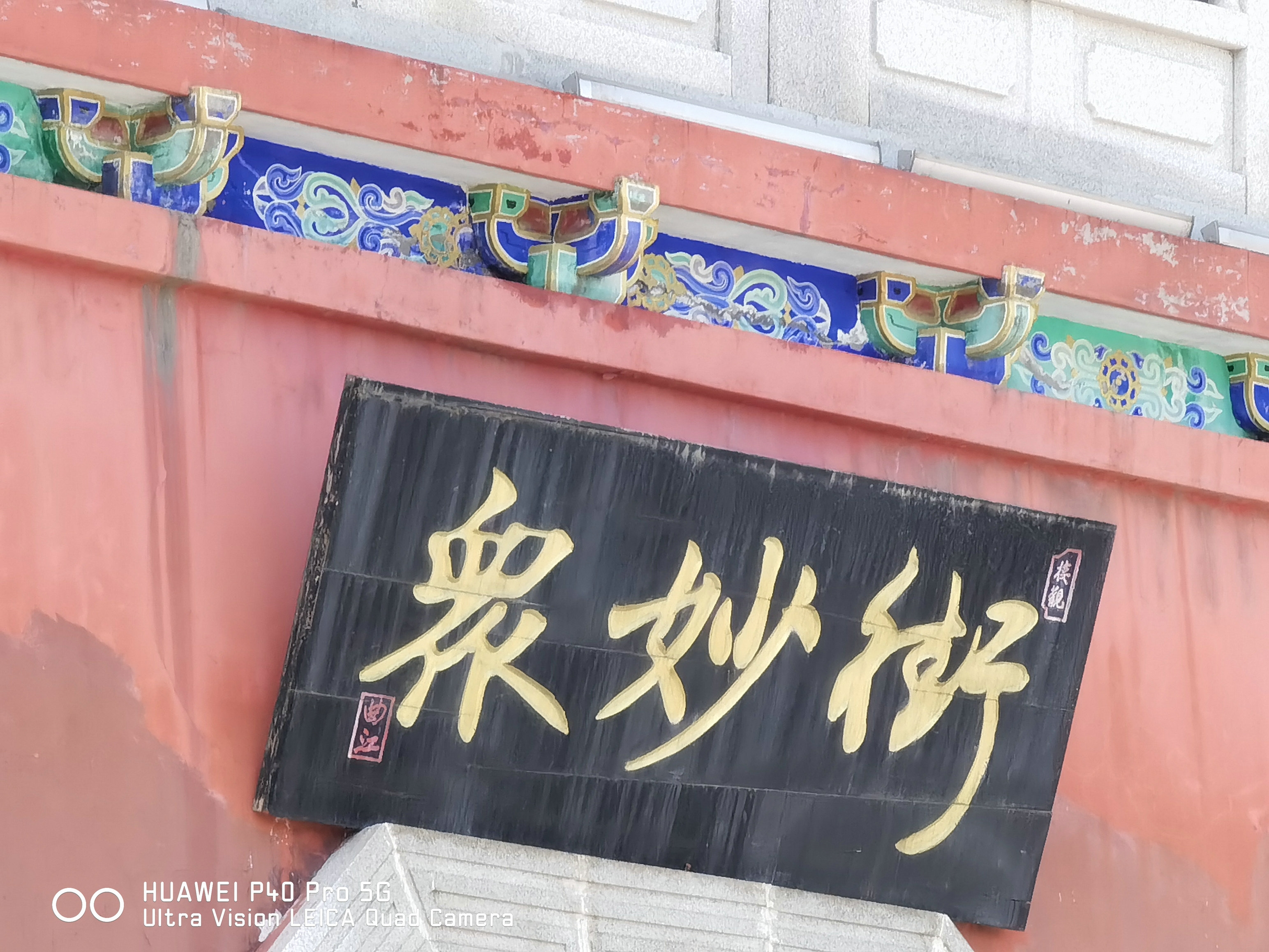 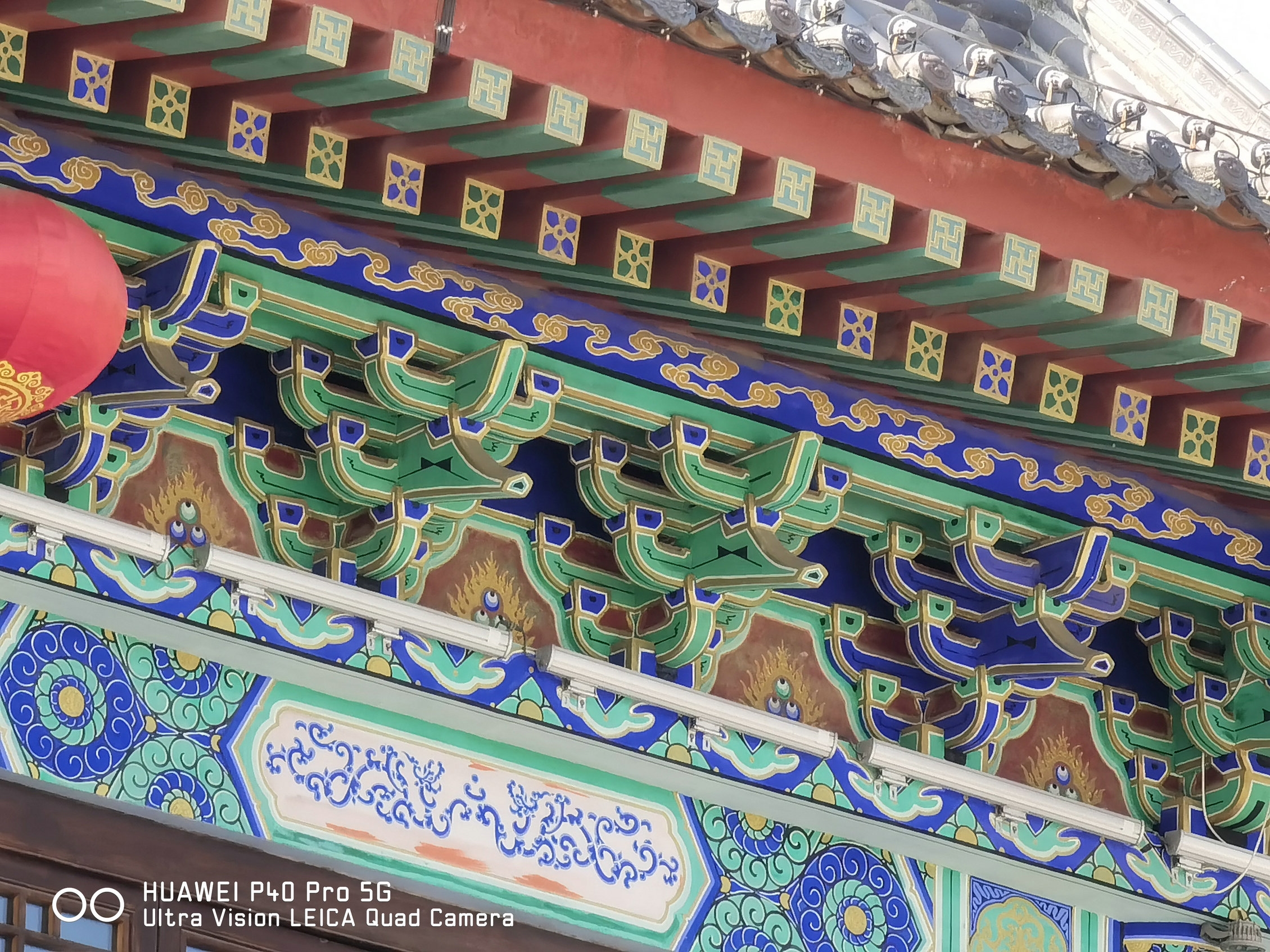 Let's take a look at Huawei P40 pro's long focus shooting, which supports 5x optical zoom, 10x hybrid zoom, and up to 50x digital zoom. Among them, the full pixel 8-core focusing ability, in the state of high power zoom, its focusing speed is indeed very fast, and it has been able to obtain clear detail performance with handheld photography like 10x zoom. Another point is Huawei's XD fusion image engine technology, which can make the dynamic range and color performance of the details more rich, and finally make the picture more ornamental, making the multi zoom more practical.

In the aspect of night scene shooting, most mobile phones are working hard now. But the advantage of Huawei's P40 Pro is still clear at a glance.. 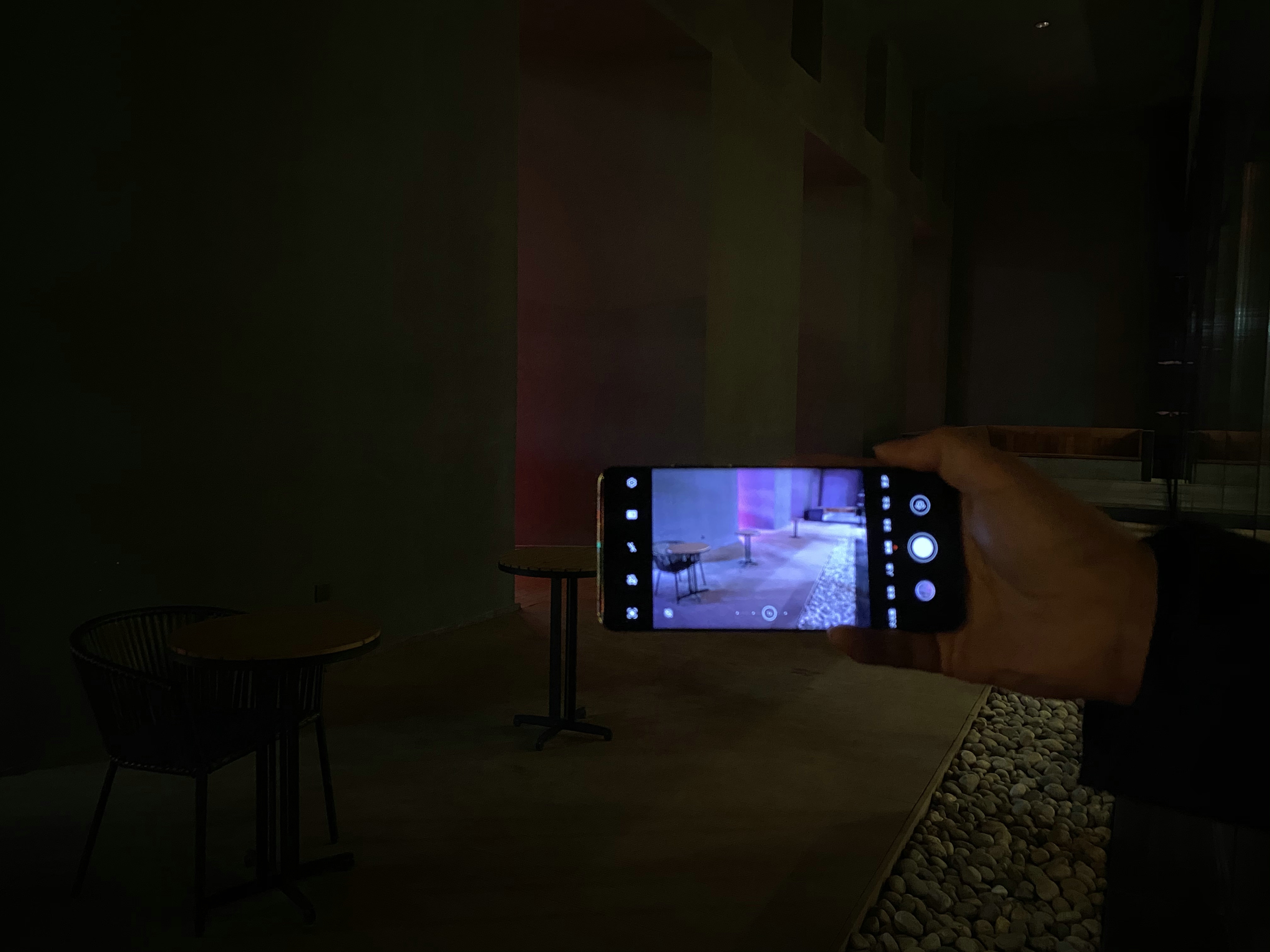 At that time, the shooting environment was as shown in the figure above. It was difficult for the naked eye to see the details around, and even the table and wall behind could not see the outline clearly. 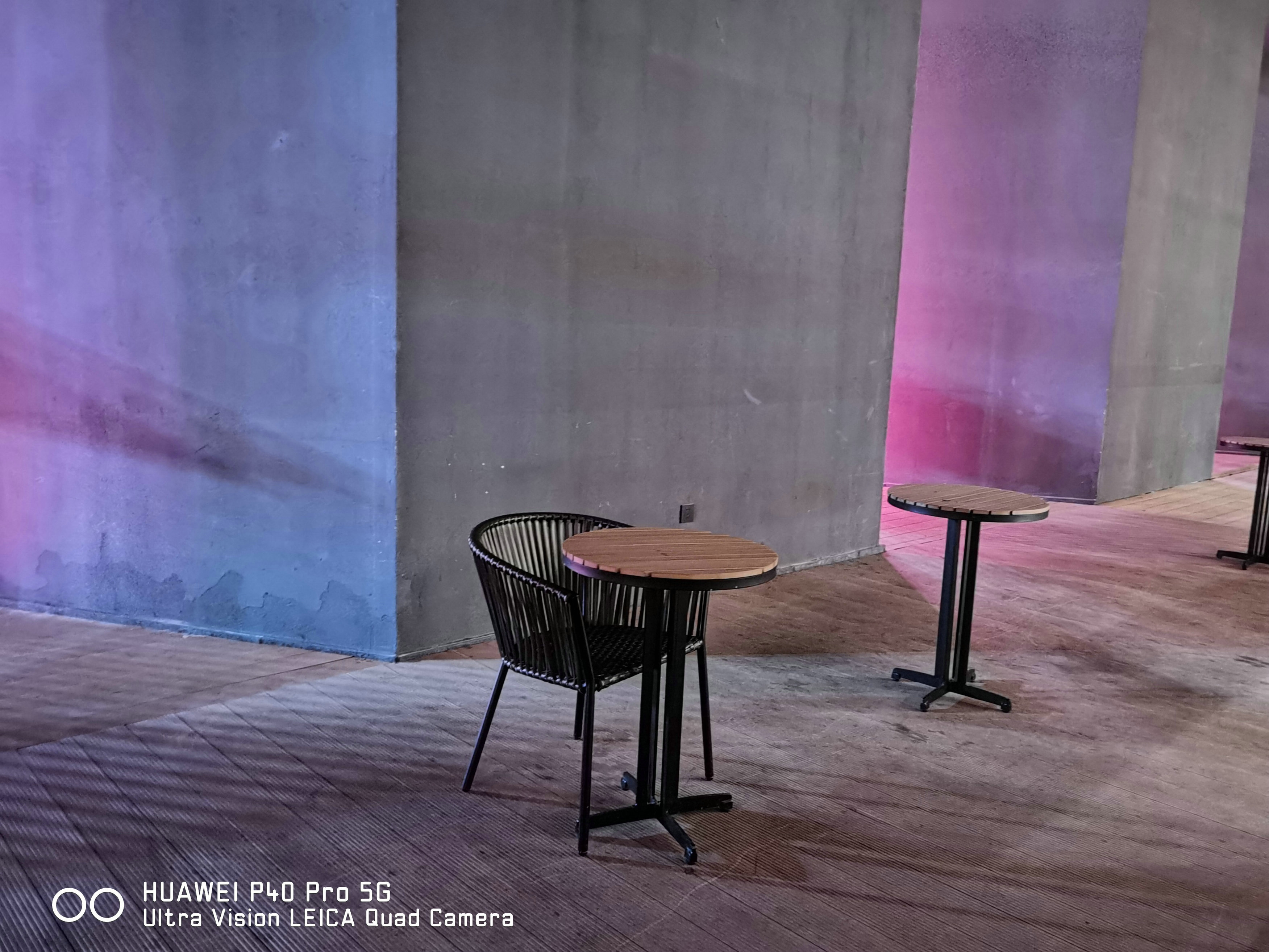 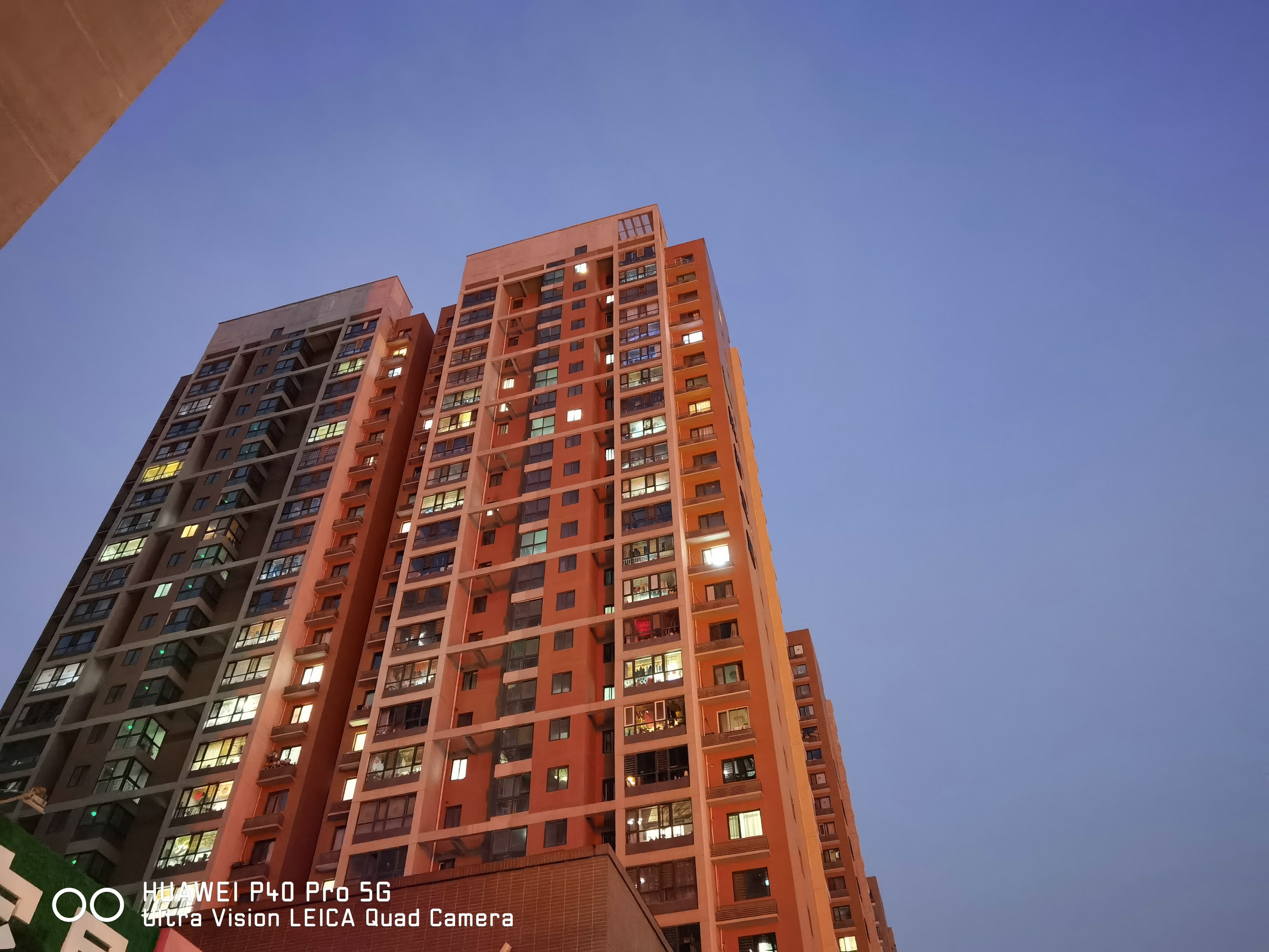 From the sample, we can see that the image of Huawei P40 Pro has a lot of detail performance, the overall picture brightness performance is very excellent, and the color reduction is also relatively high, and the king of night view is indeed not covered. 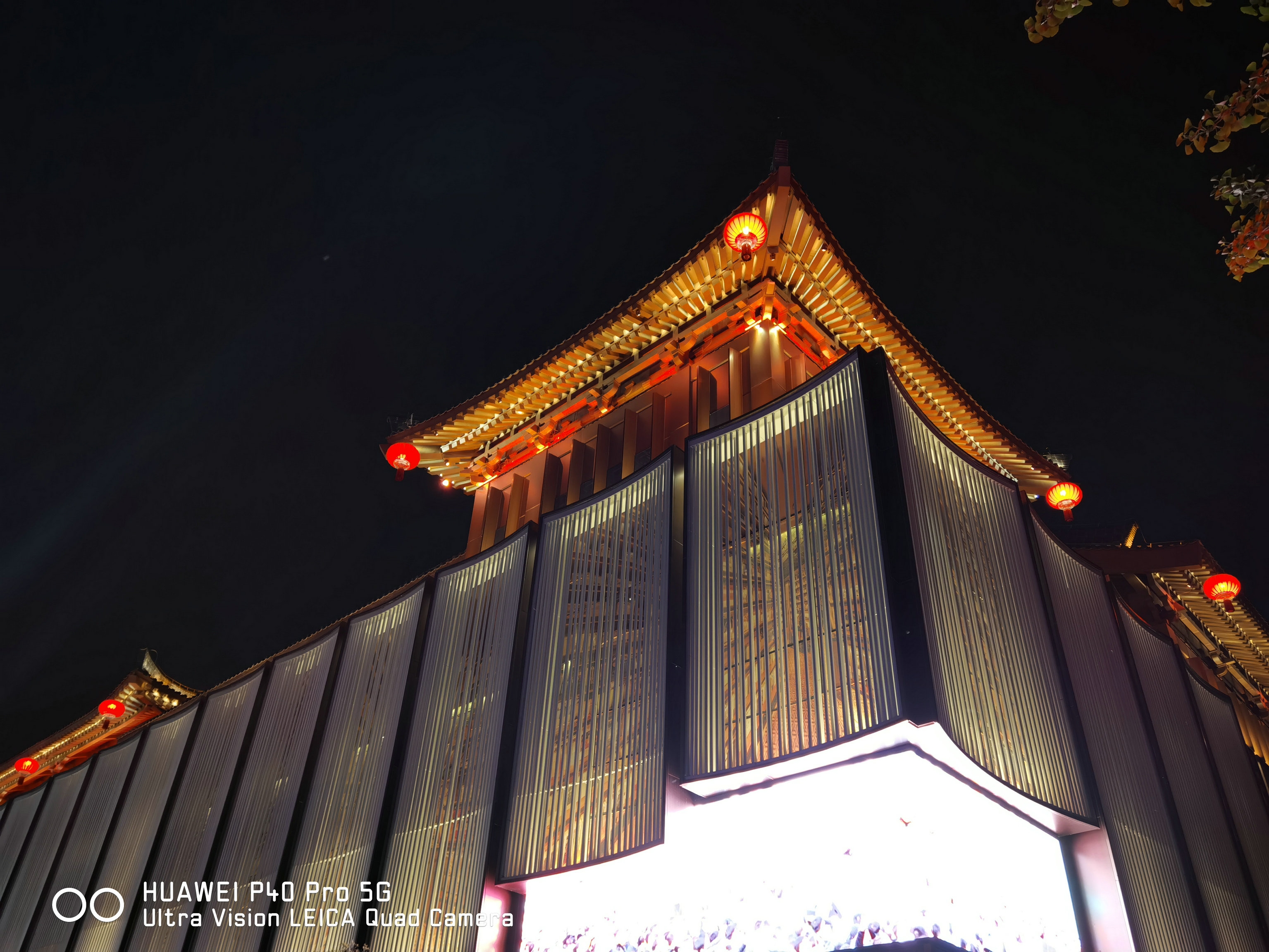 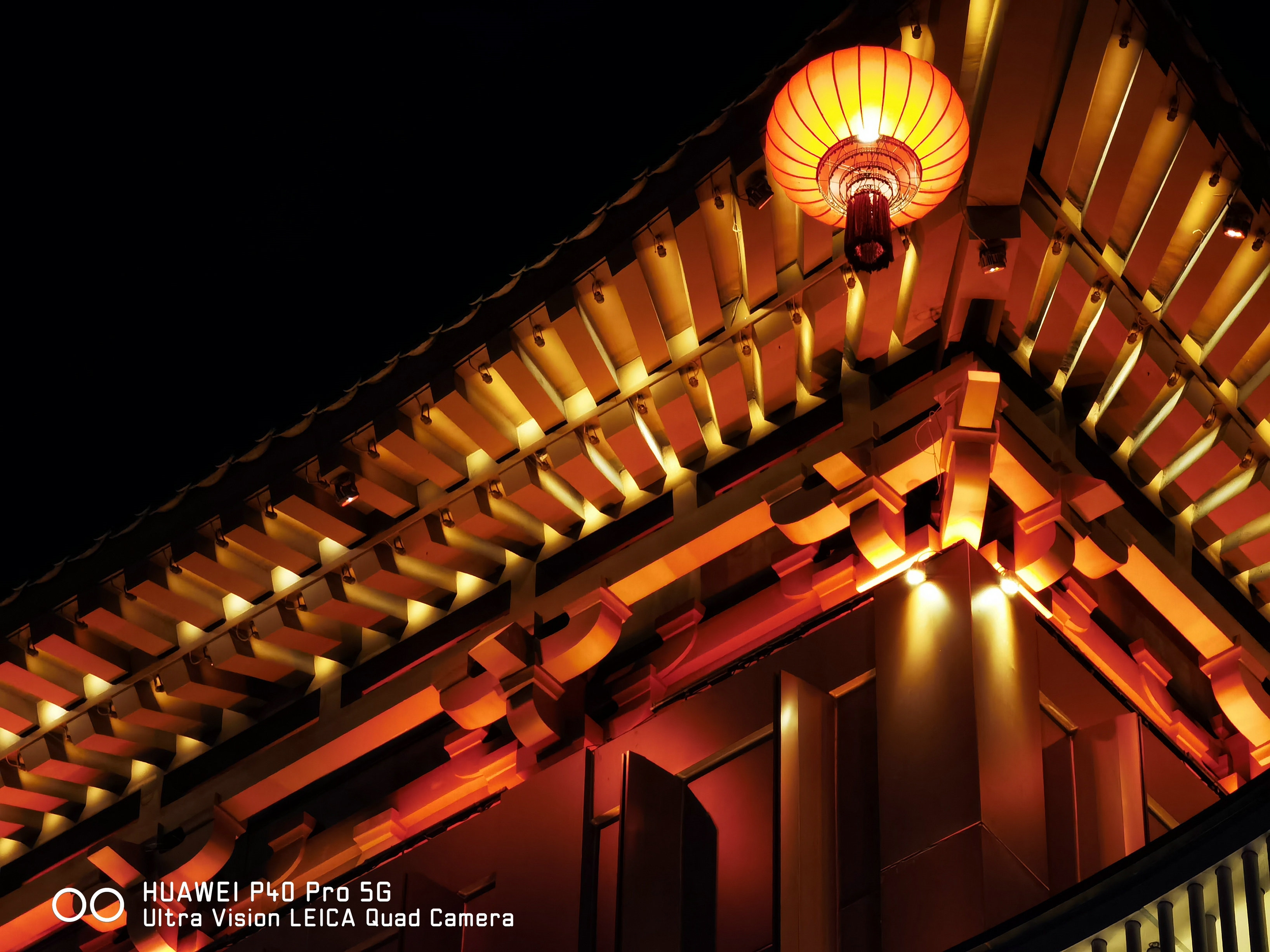 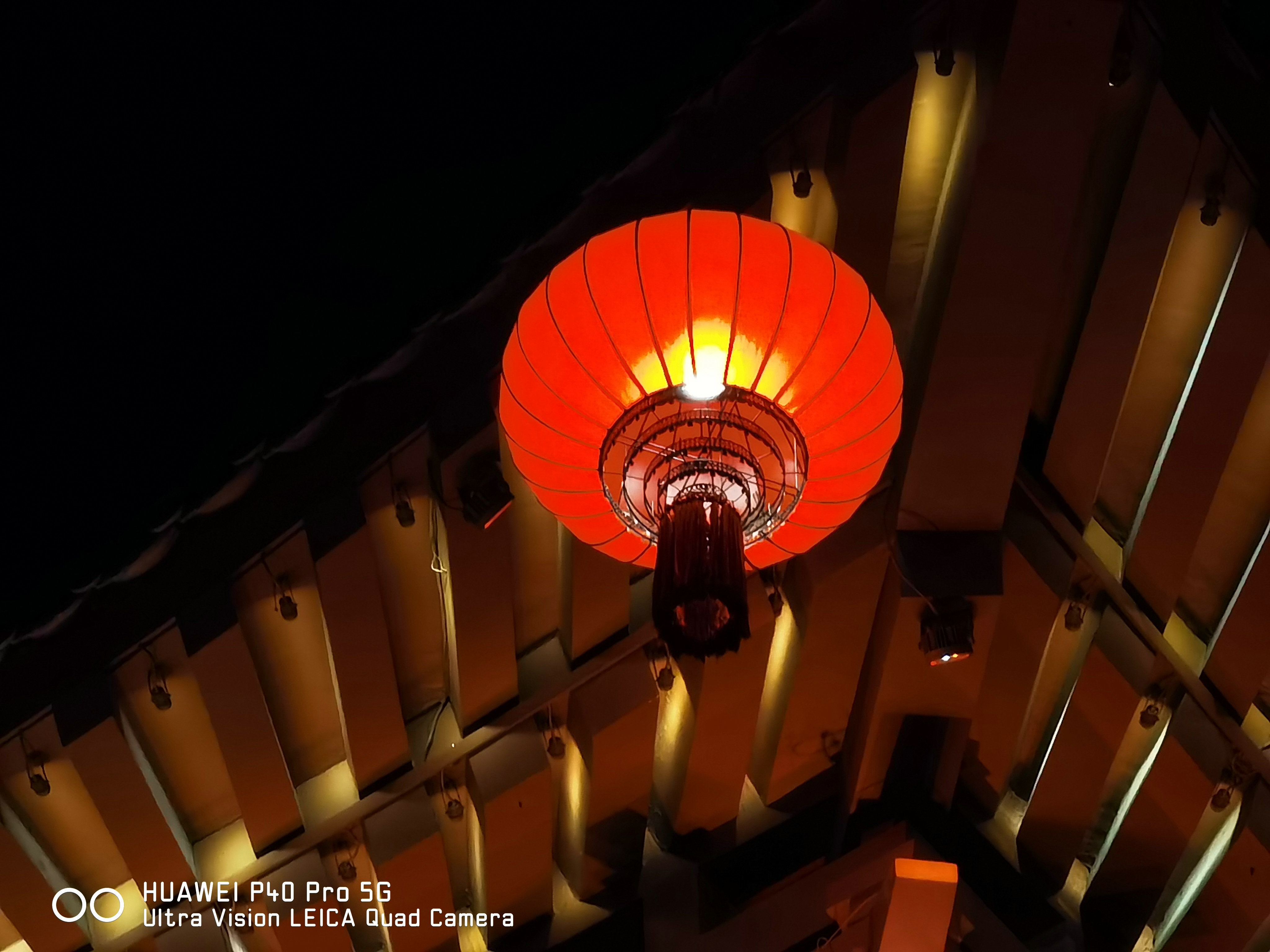 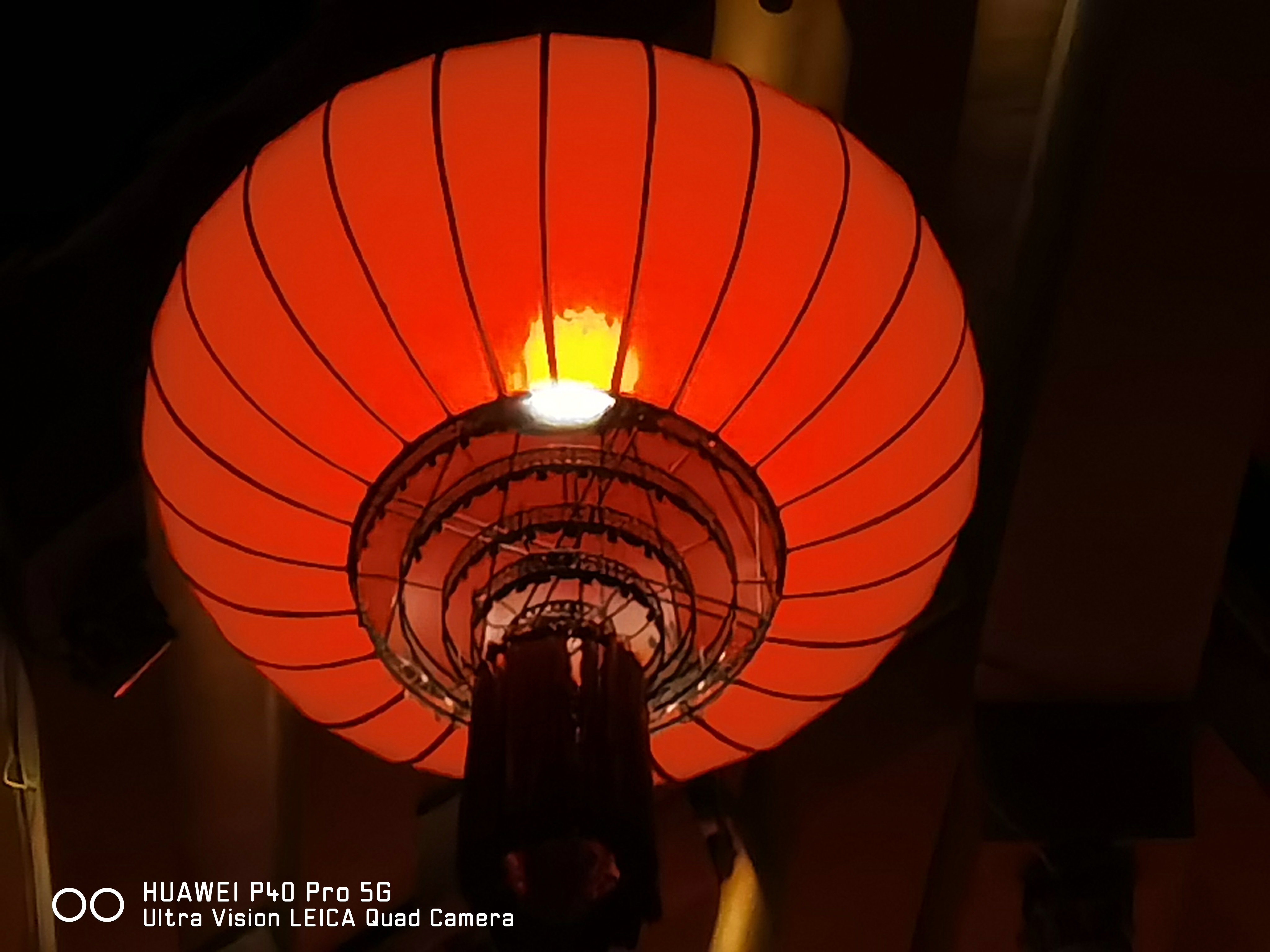 We also have a high zoom shooting experience at night. Through this set of pictures, we can deeply feel that its painting quality performance is really excellent. Ryy B ultra sensitive filter brings 40% light input, self-developed photosensitivity and processing algorithm, which greatly improves the ability of Huawei P40 Pro night scene shooting. 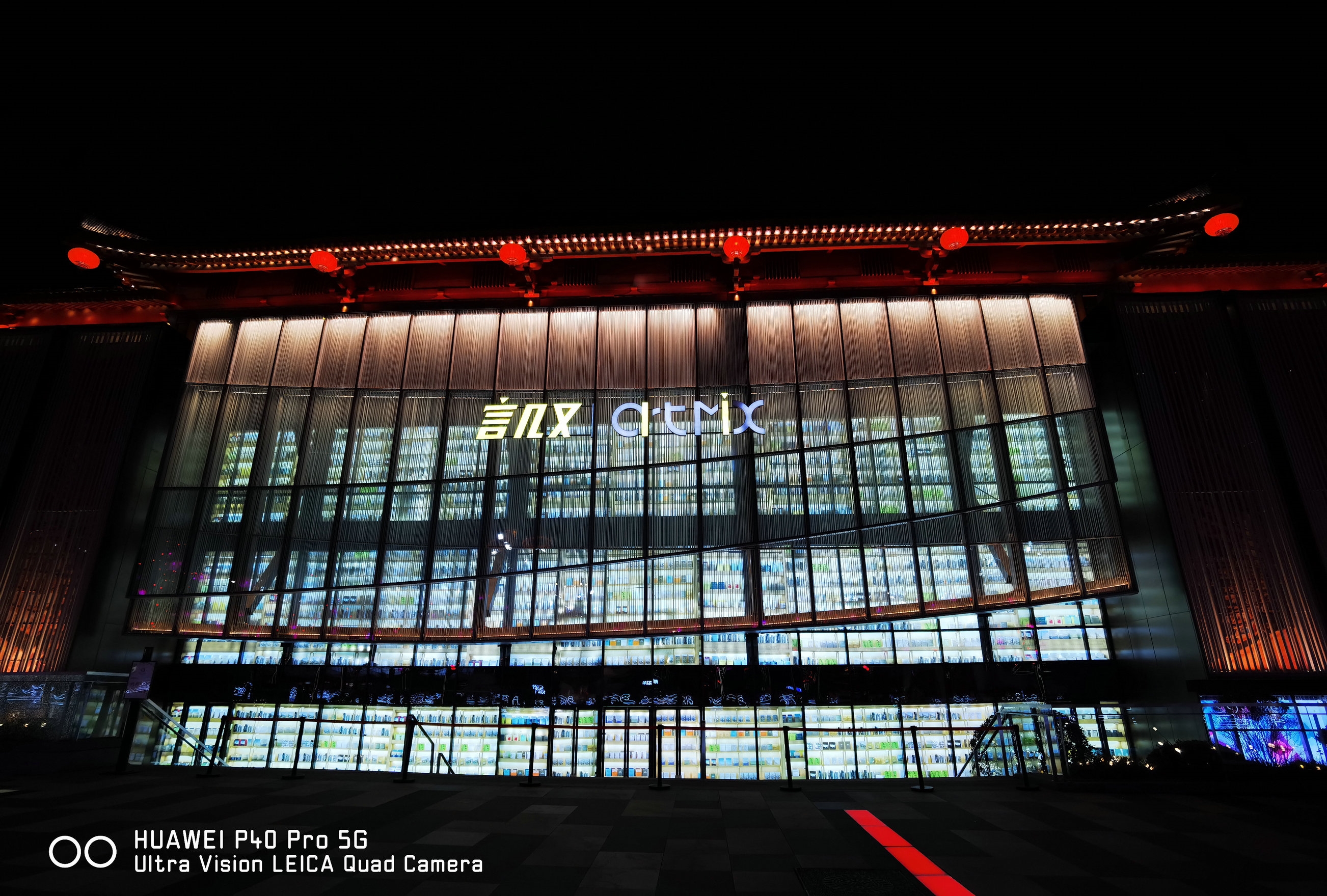 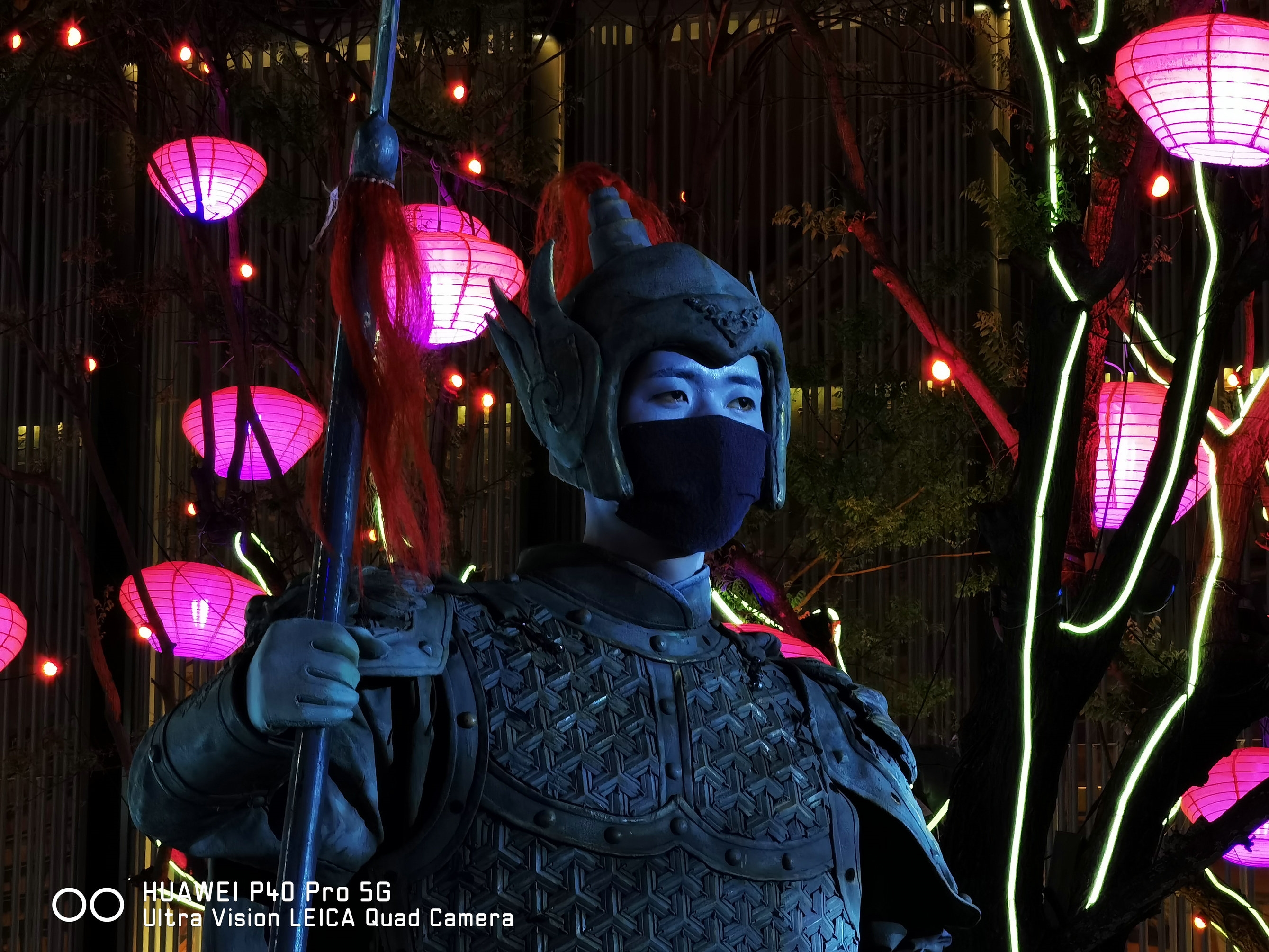 In the light complex night scene, Huawei P40 pro's portrait shooting is still wonderful. Besides grasping the details of the face, the overall image quality is also very high. 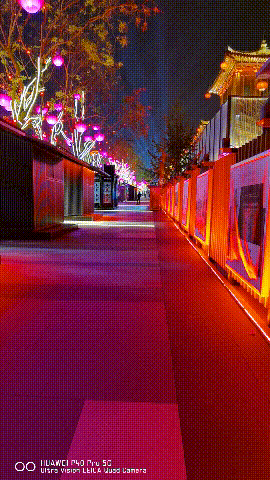 In fact, to test the anti-shake technology, or to see its video shooting. Here is a video shot through the HuaweiP40Pro, through the screen we can clearly see the effect is really stable. At the blessing of double OIS AIS anti-shake, its night scene shooting is so stable, shooting during the day you will be able to shooting performance! 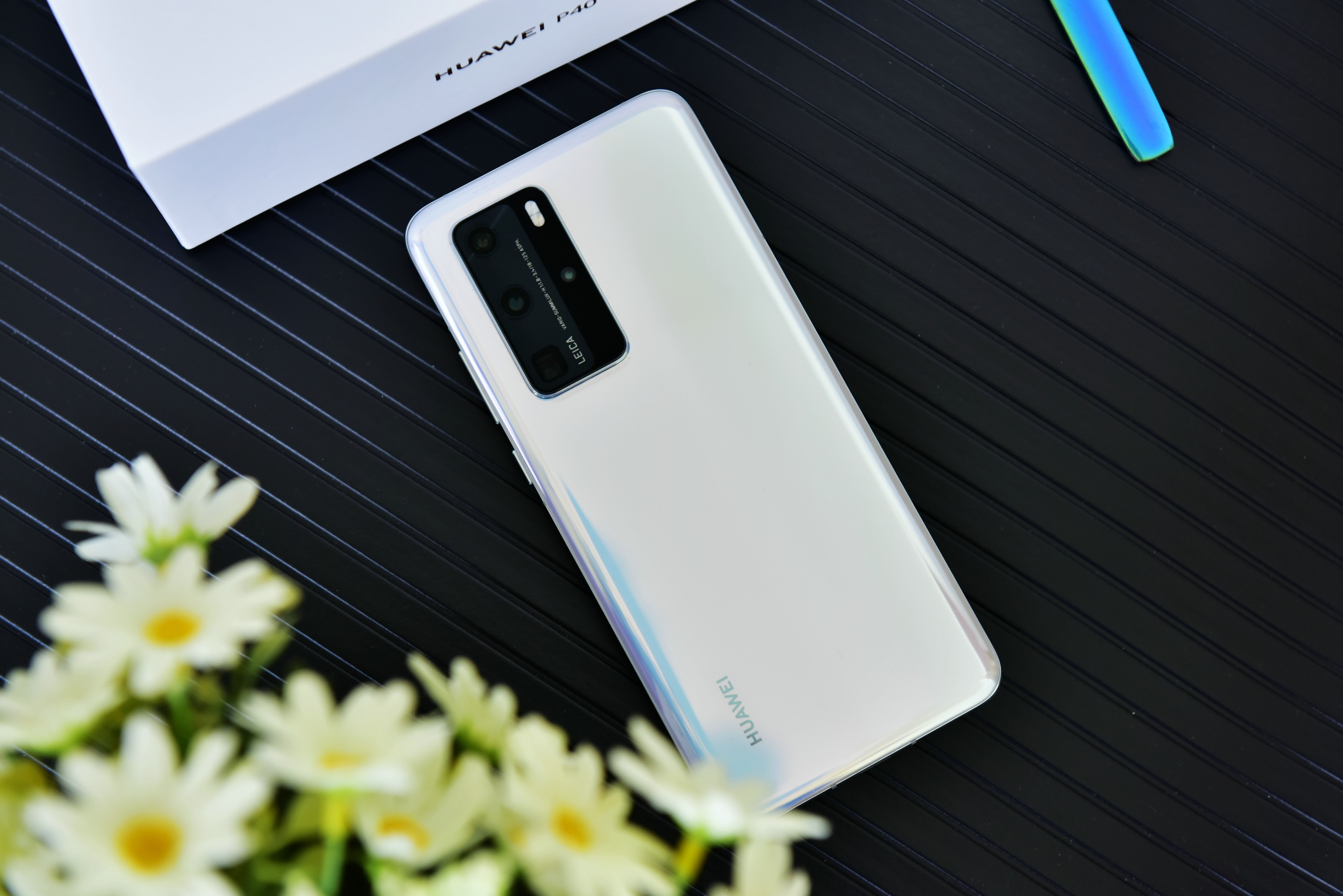 This experience may not be particularly comprehensive. There are so many highlights of Huawei P40 pro, the flagship model. Let's continue to share later! About 5g speed and so on, I believe it will give us more surprises!