Lu Qi's latest thinking: what are the digital innovation opportunities in China under the epidemic? 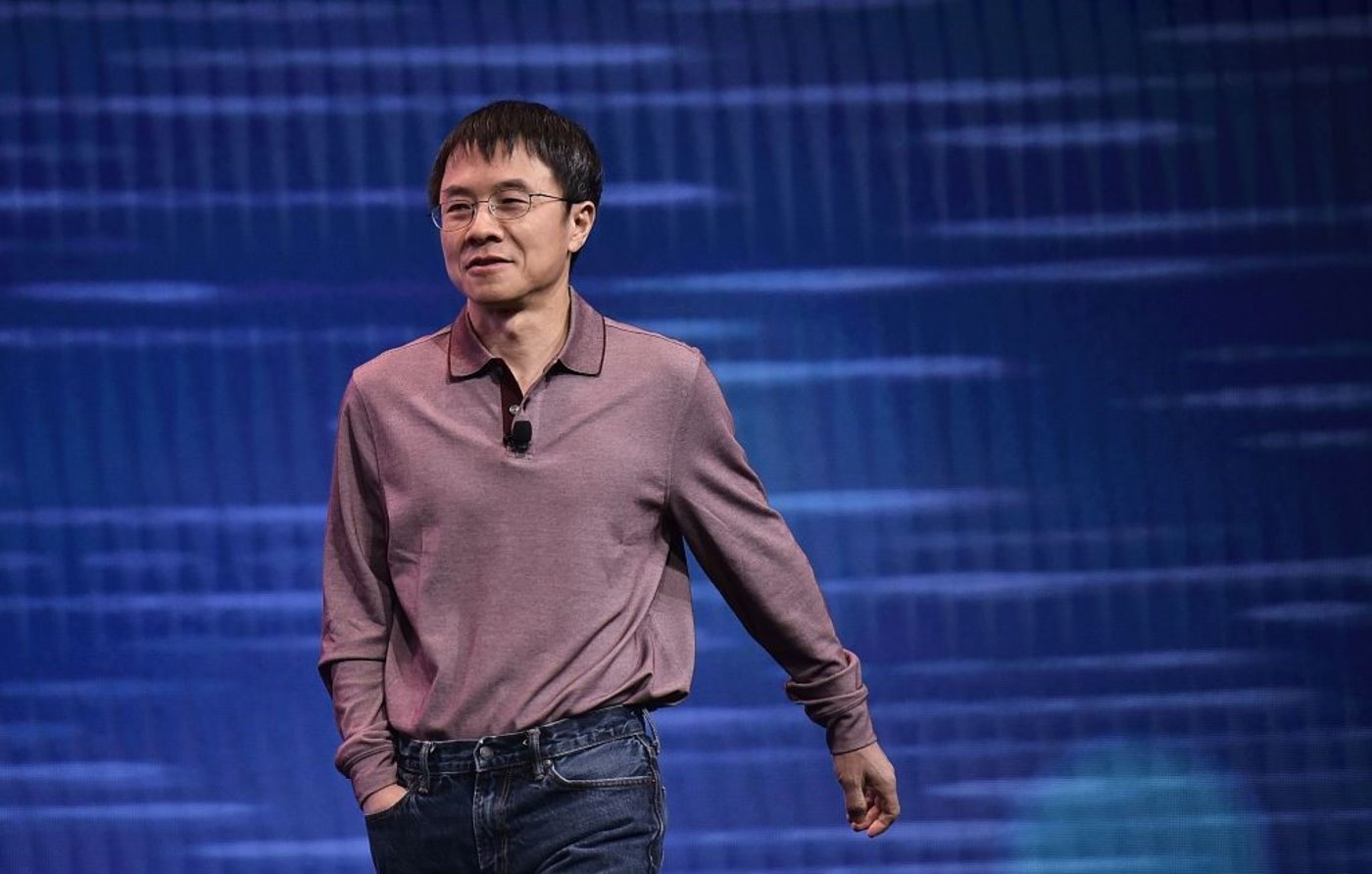 He also highlighted the important role of digital capabilities.

In Lu Qi's view, China has a good chance under the outbreak.

First of all, China has a solid foundation in the technology, talent and capital markets, and the macroeconomic driving leverage is more abundant; second, China's economy is more diversified, and technology and digitalization can accelerate the first, second and third industries; there are also opportunities for internationalization in China, and there are more and more opportunities to overflow capacity and expand to more countries.

Lu Qi also discussed the innovation opportunities of C-end and b-end. In his view, communication on the C-end is always a rigid need, and entertainment, especially short video, has a great prospect; on the b-end, SaaS has a more optimistic prospect, and there are opportunities for enterprise automation and digital twins.

The following is a summary of Lu Qi's speech, edited by titanium media:

Under the new situation, what are the opportunities for the acceleration of digital and technological development?

Second, the black swan event has a very large impact on the change of historical process. The whole of human history is basically a small probability, an efficient event, which is called

At present, we see these new changes and opportunities.

First, preparedness for outbreaks will drive the development of core science and technology.

Why do you say that? We talk about economic development. The premise of economic development is the ability to defend against natural disasters. Without such ability, people's healthy survival cannot be guaranteed. The core point of any economic development is to defend against natural disasters first. Today's epidemic situation can be compared with war in a sense, but the enemy is a virus invisible to us. In this case, we need to have a new generation of core capabilities, which are accelerating technology development and digital process. In the face of such an invisible enemy, it is the ability of science and technology.

Second, The ability to digitize especially the digital physical space, the rotation of the city of digital city, can quickly track, quickly discover dangerous situations under the condition of protecting privacy, quickly do localization, isolation, test and so on.

Although these digital capabilities are challenging, because we have to do a lot of testing and digitization, to digitize the record of human behavior in the physical space, but also to protect privacy and security. At the same time, these abilities can be used when necessary. It's like transportation, manufacturing capabilities. The sum of these two capabilities is necessary for any country to prepare for the next outbreak of plague in the future.

There will be plenty of business opportunities to accelerate the process of digitization, especially the online core services seen this time.

All of these are the promoters that we can see now, accelerating the digitization, scientific development and innovation.

At the same time, we should take a warning, because human beings are facing not only such an epidemic, but also a very important threat is global warming. Once the epidemic is overcome, the economy can be restored. If we do not reduce the risk in the early stage of global warming, it may not be a recovery process.

Among the entrepreneurs, there are already Chinese entrepreneurs who are focusing on the application and development of technology, because we can contribute to slowing the warming of the earth through technology development, through commercial applications, and through carbon dioxide curing to make a substantial contribution and advance.

I might like to emphasize here,Slowing down global warming is likely to be one of the biggest business opportunities in the next decade, because it's entirely commercialIn a broad sense, wealth is the ability to bring about the safety and health of human life. We are all willing to pay for this. It can be commercialized. All of this is to accelerate the development of science and technology and the process of digitalization through the new world pattern.

China has a very good chance in such a situation.

First,We have a very solid foundation with technology, talents, capital and market basically in place.We have the cutting edge of acceleration, digital, automation, online and so on. In addition, China 's macroeconomic driving leverage is more abundant, including urbanization, consumption upgrading and population growth.

in additionWith more diversified economy, technology and digitalization can accelerate the first, second and third industries.For example, only China can grow a pinduoduo, meituan, with technology, but it does not have a diversified economic system, nor can other countries, because it does not have first-class Internet companies, large-scale developers and product opening capabilities. Once a pinduoduo, meituan has a foothold in China, it can go to Southeast Asia and Latin America, Our development will be more abundant.

Of course we haveOpportunities for InternationalizationThere are more and more opportunities to overflow our capabilities and expand to a larger country. Including what we have seen in the innovation arena, Europe believes that China is a better start-up country, and we attract more capital. Finally, China's entrepreneurial environment provides entrepreneurs with very good learning and opportunities, not only to see good experience and good cases from other regions, but also to learn a lot in China.

Next, let's share what we can see about the opportunities for entrepreneurship and innovation in China by making dynamic decisions according to the directions and opportunities mentioned above.

Let's talk about the C end first,Put forward a structured latitude to help you think more systematically about how to consider future opportunities if I want to start a business on the C-end.

First, the principle of long-term structure, Maslow's demand level; second, in recent years, a more and more important cognition in the industry is that Bezos of Amazon said that he wrote a letter to Amazon's shareholders a few years ago, in which he mentioned that users are never satisfied. I think that's right. The previous product theory said that I designed a full product for users Enough is enough. No, users will never be satisfied, and requirements will always be dynamic between satisfaction and dissatisfaction.

Based on this principle, we can divide the C-terminal into crowd and duration. A person only has 24 hours,First, communication is always needed, video communication, real-time asynchronous, group chat. At present, all experiences are basically for single user, without group computing. Group chat is the first product with such development space. In addition, communication products are more carriers of communication.

Second, entertainment, especially short video.Short video has opened a new generation of interaction, because it is based on the camera. We used to be based on text and image. So far, all user experiences have been made by two Turing prize winners in 1968. We describe a thought space that uses text and image, and then uses menu click and so on to interact. Video has opened direct interaction. We are still in the early days, so we must pay attention to shortsightedness. The game is very, very important.

In addition, killing time is more and more important, because in the future, with the development of automation and technology, the time needed to work is shorter and shorter, so it is particularly important to help users better killing time.

Social contact, there will always be opportunities, different age groups, different times have different tools and carriers. Consumer, retail, service, especially the opportunity to build a big brand. Travel is a long-term rigid demand, and there will be some challenges in the short term. Sports health is more and more important.

Education and health care are particularly importantBecause these two demands make people better, there are many opportunities in China, because the demand is far greater than the supply. Whether it is education, knowledge, skills, online is also an important direction.

B end, I also propose a structure and a large framework for you to share.

In the long-term structural principle of b-terminal, any enterprise needs to reduce cost and improve output, which is their permanent rigid demand. Any opportunity to reduce cost must be done, and the output can be improved must be done.It can be divided into production end, sales end, customer, employee, supply chain, capital, etc.

For the current situation of informatization and digitalization of to B end, there are big B and small B. their requirements are very different, and also related to the digitalization platform.

The first generation and the second generation of digitalization basically master the application in big B, especially the informatization of big B, the earliest stage is actually OA, which is to improve the office efficiency. Later, it was resource management, such as human resources, etc. later, it was like product life cycle management, and after the mobile Internet, it was customer management. At the same time, there are a lot of vertical information, for example, MES is a manufacturing industry. Basically, big B has a large number of systematic information applications, and then it sinks as a whole, doing more and more in-depth.

Small B has a relatively low penetration rate of information technology. Small B's rigid demand is always customer acquisition. Online customer acquisition, such as search engine and Facebook, is very important for small B. There are also some marketing demands, some wealth management, more and more small B business processes, and SaaS opportunities will be optimistic. Next is enterprise automation. Artificial intelligence will push enterprise automation to a new height.

Finally, digital twin. In the future, any digital device in the enterprise has a digital model, which can be analyzed and predicted end-to-end. So industry 4.0 is a long-term digital b-end demand, but there are many entrepreneurial opportunities. This is an opportunity at the B end of the supply side.

At the circulation end, enterprises need information circulation and capital circulation, and there are many opportunities, including B2B trading website, supply chain management, logistics and warehousing management, especially capital risk management. In this interview, many start-ups do capital management and risk management to provide to B At the same time, agricultural digital and automation system, enterprise digital infrastructure, big data system, information knowledge management system, backbone cloud service and open source system, such as webrtc.

At the end of the day in China, I would like to summarize the challenges and opportunities we face, mainly the global it The industry needs to be reconstructed at the b-end, and the whole station reconstruction. In China, we have the opportunity to find the ability to overtake on the curve, because we have enough domestic demand, the key is to establish the core ecology and technology, because the development needs ecology, not only technology needs time, but also ecology.

We have enough domestic demand, we can build a series of core IT capabilities, and the digital process needs to be supplemented by local supplementary courses, and accelerated by local acceleration. There are a lot of global entrepreneurship ecology including silicon valley. Microsoft is a player, and Google has made a lot of collaborative software, but mobile innovation is not enough. We are very optimistic about opportunities in China.