The novel coronavirus epidemic is expected to be a turning point and will change our work and learning methods forever, as Microsoft reveals more information about how people use their Teams applications.Last month, Microsoft teams saw a surge in global demand, jumping from 32 million daily active users to 44 million in just one week. As usage continues to rise, Microsoft has released a new remote work trend report highlighting changes in work habits.

Microsoft engineers are working behind the scenes to make sure the company has enough capacity to handle all these new users, the report said. Just as demand surged in countries such as Italy, Microsoft was caught off guard by a brief team service outage in Europe. In addition, enterprises have also transitioned their entire teleconference and customer conference to the Internet, so the demand for Microsoft video streaming service stream has increased greatly. As more and more enterprises want Microsoft to help them hold larger conferences and events, Microsoft has to increase the number of participants from 10000 to 100000.

all of these requirements have also changed microsoft's prioritization of Teams features, now all users can customize the background in the Teams, the hands-up feature will be launched later this month, and the conference organizers will also start today, be able to close the meeting with one click for everyone and download attendees reports including joining and leaving time. Furthermore, Microsoft is working to improve the video call view in the Teams and get more people involved. Microsoft has reprioritized its resources to ensure rapid progress on this point.

In addition, the report shows that during this home-based period, webcams and laptops are selling well at retailers because consumers want to buy devices for telecommuting and distance learning. Microsoft has seen a similar trend in the supply chain. The PC is back. People realize that they are trying to use itIPadIt's no good working from home. 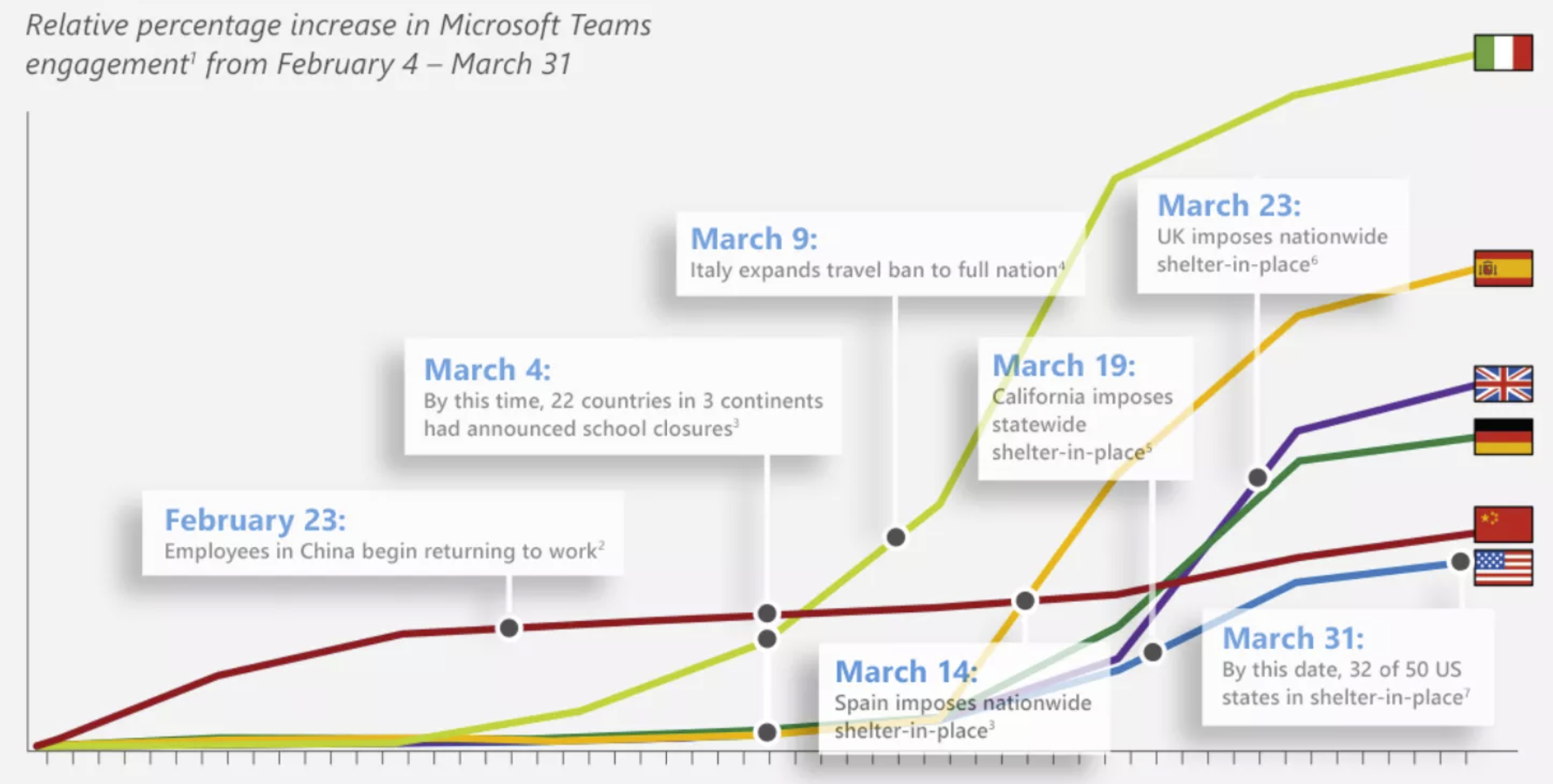