Why are African Americans particularly susceptible to new coronavirus?

According to the scientific news network, the new coronavirus showed significant "fairness ". No one can be completely immune, and no one is not afraid of it.But the spread of the virus in the United States still reveals racial differences, with early data showing that African Americans are more likely than white Americans to die from the disease. 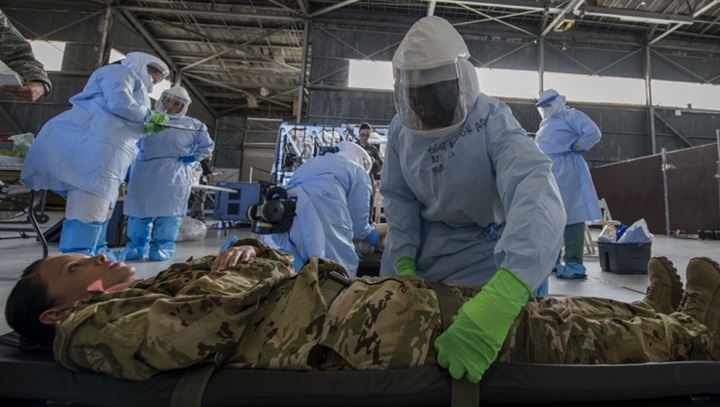 At present, these data are still scattered, with only some states and counties in the United States dividing cases and outcomes by race. But even without national data, these figures are grim. Of the 130,000 known deaths, only 3300 were ethnically classified, indicating that African Americans accounted for 42% of the deaths. These data also indicate that the gap in the South is likely to be the largest. For example, in Louisiana and Mississippi, African Americans account for more than 65 per cent of known deaths.

There are also statistical differences in other regions. For example, as of April 9, in Illinois, where the majority of cases of infection were in the Chicago area, 28% of the 16422 confirmed cases were African Americans, but nearly 43% of the 528 deaths in the state were African Americans.

Other data have found similar trends. A study of new coronavirus cases hospitalized in 14 states between march 1 and march 30 was conducted by the us center for disease control and prevention online on april 8, the weekly morbidity and mortality report. According to data from 580 of the 1,482 patients, African Americans accounted for 33 per cent of the total number of hospitalized patients, but only 18 per cent of the total population surveyed.

1. novel coronavirus is more likely to be exposed to African Americans.

In order to curb the spread of the virus and limit the spread of human to human, states have been issuing "home quarantine order". But many workers are seen by the Department of homeland security as part of a critical workforce and must continue to work. This includes carers, cashiers, sanitation workers, farm workers and public transport employees, who are usually African Americans.

Driving to work alone is unrealistic for many African Americans. According to a 2016 report by the Pew Research Center, a non-partisan research institute based in Washington, D.C., about 34 percent of urban residents use public transport frequently, compared with 14 percent of white people, while continuing to travel by public transport during the epidemic may lead African Americans to be more likely to reach infected people.

Among the novel coronavirus patients, the highest risk of disease is those with other serious health problems, such as hypertension, diabetes and heart disease. According to the American Heart Association, more than 40% of African Americans are suffering from hypertension, and one of the highest incidence rate of hypertension in the world. By contrast, about a third of white Americans have high blood pressure. Similarly, African Americans have a higher proportion of diabetes.

The increased risk is also linked to the excessive exposure of African Americans to air pollution. This pollution is associated with chronic health problems such as asthma, obesity and cardiovascular disease. In addition, the researchers believe that poor community environment is also a possible cause of poor health in African Americans. Research shows that people can improve their health by moving to better neighborhoods.

Inequalities in access to health services, including inadequate health insurance, fear of discrimination and a sense of distance from clinics and hospitals, make it more difficult for many African Americans to access health services that can control chronic diseases.

Related news
Americans are more worried about flu than about the new coronavirus
Why are African - American people particularly vulnerable to new coronavirus authority
Why are African Americans particularly susceptible to new coronavirus?
Survey: more Americans suffer from online harassment due to race, religion or sexual problems
A cluster infection in animals in U.S. zoos: The source of the infection is surprising
African Tree Bark Penis Enlargemen +27730727287 WhatsApp
Hot news this week
Young people can't change their mobile phones one brother pressure in the channel inventory up to 50 million
Chinese mysterious female rich 560 million buy European luxury homes: the full amount of cash is paid at a time
Criminal gang candid courier list takes the money 8 people to be arrested
Do you make feed after Yi Lord? Zhenghong Technology M & A has mystery
The first pop -up shop in the United States opened, Bubble Mart opened the North American expansion plan
The goose factory is finally making a move on the metasverse?
The 560m Chinese woman who bought luxury homes has also been involved in JD.com's investments in Tuniu, Vipshop and Fafa Qi
With this charging treasure that can legal "stealing electricity", I don’t worry about the mobile phone out of power
Son's bet that ARM's listing will boost SoftBank's stock price?
Huawei Hongmeng has become! Many mobile phone manufacturers will follow up with Hongmeng OS technology
The most popular news this week
A large number of QQ numbers stolen official announced the results of the investigation
Tencent said major shareholders will sell their shares for a total profit of about 24.5 billion yuan
Born with a silver spoon in one's mouth, IE finally why can't escape the fate of being eliminated?
The first batch of meizu free battery replacement models are announced: Meizu 15 and other five models are listed
Meizu official celebrate Flyme 10th birthday: More surprises, wait for August
The first batch in the country! "Main Driving Unmanned" Autonomous Driving is approved
IPhone 14 revealed the earliest early August mass production Foxconn a large number of recruitment: on entry to send 5400
700MHz gold band! China Radio and Television wechat mini program launched
China Radio, Film and Television has officially announced that ZTE will be the first group to support commercial 5G broadcasting
Japan's chip industry has a 35,000 talent gap? Tech giants warn