New crown rages, everything is simple. During the plague, direct official propaganda.

As soon as eight o'clock arrived, the new iPhone se was released quietly after the press release and the official website update. It's been four years since the first iPhone se was released. Every spring in the past few years, the news of the second generation of iPhone se has spread, but there is no following.

Gordo is really here.Nothing new. The appearance, hardware and price are all in expectation. The case of the iPhone 8 is replaced with A13 chip and the name of the iPhone se is put on. It starts at 399 US dollars (the domestic price is 3299 yuan). It is scheduled to start on Friday, and will be delivered next Friday. You can buy in stores in China, and you can only buy goods online in other regions.

In terms of appearance design, the new iPhone se is actually an upgrade of the iPhone 8. Perhaps the new phone should be named iPhone 9 or 8s rather than iPhone se 2, as it was previously named. Apple doesn't seem to feel the number 9. 2017 marks the 10th anniversary of the launch of the iPhone. The flagship machine was directly named x (Roman 10), skipping 9. The second flagship was named iPhone 8. This time, I simply put on the name of Se, which means no need to restart 9. Interestingly, Microsoft Windows also jumped from 8 to 10 directly, but Microsoft has its own reason not to be confused with win 98.

So what's the difference between the new iPhone Se and the iPhone 8? There are few changes in appearance design, size and weight, screen specification, battery life, waterproof level, fingerprint identification, single lens and single card network. The adjustment of the two machines is that the apple logo moves slightly, the original pink color turns red, and the storage capacity increases by 256gb. The upgrade is: from a11 chip to A13 bionic chip, photo taking adds portrait mode, video adds stereo and stability functions, and the starting price is reduced by $50.

In short, how did you use the iPhone 8 in those days and how do you use the new iPhone se now. Again, the 2016 iPhone se uses the 2013 iPhone 5S component, and the 2020 iPhone se shares the cost of the 2017 iPhone 8. After three years of sewing and mending, cook is indeed the most able supply chain master.

How come apple will launch a iPhone 8 simple upgrade by 2020? Of course because of market demand. So who are the main users of this machine?

The biggest reason, of course, is that there is still a market for small screens, and many people like the touch of small screens. In the past few years, smartphone screens have grown larger and larger, and the Android camp has almost abandoned small screen users. By contrast, Samsung S20 and Huawei P40 are small screens in the Android camp. Once asked motorcycle executives if they would make a replica of moto x, they sincerely said that there was no market for this size, and they could not carry the size demand brought by new functions.

After all Android the market competition is extremely fierce, all manufacturers must rack their brains to pile up materials, add a variety of new selling points and new functions in order to have a market. Single shot can not be double shot, double shot can not take three shots, three shots are not enough 100 million pixels, for fear of being accused of not being sincere enough. The screen must start at 6.2 inches. How can there be a small screen. For Android manufacturers, using the design and specifications of three years ago is a dead end.

But apple can still reap this market segment, still can simply old bottles of new wine, with the latest chip to continue to sell old machines. Apple users are still enthusiastic about the 4.7-inch screen. Since the launch of 4.7-inch in 2014, it has been Apple's highest selling model. According to Apple's official data, more than 500 million 4.7-inch iPhones have been sold so far. Compared with the flagship iPhone with a screen of at least 5.8 inches and 188 grams, the new 4.7-inch iPhone with a screen of at least 5.8 inches is indeed very light and exquisite in size and weight.

answeFor the user groups of iPhone 6S in 2015, iPhone 7 in 2016 and iPhone 8 in 2017, even though the batteries of their iPhones have been replaced, the processor and storage of many years ago have been unable to meet the current software requirements, and it is time to upgrade. If they don't want to change the big screen machine, the new iPhone se is undoubtedly the most suitable upgrade option. Besides, if a user hasn't upgraded the machine for so many years, the budget should also be a major consideration.

price is of course the biggest selling point of the new iPhone SE. $399 is currently the cheapest new apple machine. During this special period in 2020, the new iPhone SE is of great significance. The outlook for the global economy is uncertain because of the new crown outbreak, and it is unlikely that all economies will fully return to normal before the new crown vaccine or special drug comes out; the previously booming US economy has clearly entered a recession, with nearly 17 million more people losing their jobs over the past three weeks as a result of the suspension. Under these circumstances, new and expensive iPhone may be the first nonessential consumption to be abandoned by the public, while new and inexpensive iPhone SE will obviously have more market prospects.

With the soaring price of iPhone flagship and the abandonment of subsidy mechanism by operators, the growth of iPhone sales has been stagnant, especially in 2019. At the beginning of this year, analysts from Bernstein, a securities firm, believed that the upgrading cycle of user purchase in the past few years had been extended from less than two years ago to three years or even longer. The relatively low priced iPhone XRS and iPhone 11 have become Apple's main shipping models in the past two years.

Cheap new iPhone SE will become apple's dominant model in emerging markets. Global smartphone markets have been saturated and sales have even shrunk in the past few years, but emerging markets such as india, south-east asia and latin america have become the focus of growth. All these markets have been largely divided between samsung and chinese manufacturers, while the expensive apple flagship has been weak, with iPhone XR. the best-selling models A new iPhone SE will take on apple's battle for emerging market share.

IOS has always been Apple's biggest selling point for the iPhone. The latest $399 chip, the iPhone, has some appeal, even if it was designed three years ago. Probably only apple has the wherewithal to sell the machine three years ago on a chip. For other Android vendors, it's no different from selling suicide. Even such a simple upgraded iPhone still occupies the top of the technology sector of almost all media at home and abroad.

The new iPhone SE does not support the 5 G network compared with the Android models in the same price range of more than 3000 yuan. But if users have already bought a lot of iOS apps and a lot of apple's peripheral products at home, they will continue to use apple's phones. Of iPhone existing models, the new iPhone SE is clearly an affordable option. (Note: The new iPhone SE is single card slot, US version support eSIM card)

Finally, let's talk about my personal feelings. Although I upgrade the iPhone flagship every year, I still keep the piano black version of iPhone 7. This machine is probably the best iPhone to hold. It's easy to put in the pants pocket. The weight of 138 grams is the best choice for running.

However, the A10 chip has been barely used in the IOS 13 era, and the quality of photos and pictures is not satisfactory. The battery life is a fatal weakness. Even if the batteries are replaced in the official activities, they can't be used as the main engine from nine to five. But recently, because of the new crown epidemic, people have to wear masks when they go out, which is inconvenient for face recognition. Therefore, they moved out the iPhone 7, which is suitable when they go out to buy vegetables.

And look at the iPhone 7, in your hand for another three years. 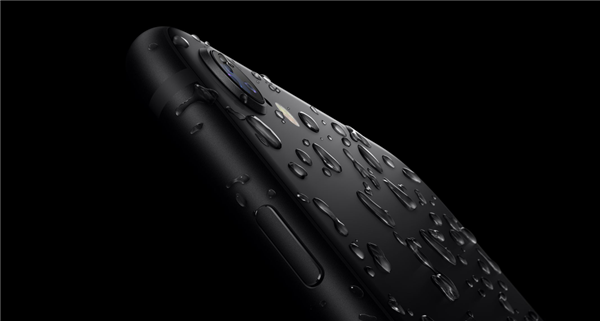 Related news
The History of the Development of the iPhone Camera
New iPhone se or iPhone 8s? Three years to mend old bottles and new wines
Talk about Apple's new iPhone se: "seeming to fit the gods" with iPhone 8
It's all iPhone se: Apple has changed
Hot news this week
Sources say Penguin Random House's deal to buy Simon & Schuster has fallen through
Any chance of taking over the agency? Sources say Tencent has been in contact with Blizzard for at least a year
Blizzard's founder responded to NetEase's contract renewal: Cooperation is a two-way street, and we will do our best to make Blizzard games accessible to Chinese players
Ali suddenly released a new chip, the domestic chip breakthrough, abandoned the American chip fantasy
Better than Huawei or Apple? It is revealed that Samsung S23 uses satellite communication: can also space voice
Players recognized as the best of the year! The Old Man Ring won four awards at the 2022 Pension Rocker Awards
Chaozhou accident relatives do not recognize the third party identification! Why doesn't Tesla Provide Driving Data?
Today is the 18th anniversary of Blizzard's World of Warcraft: unfortunately, the national service will be discontinued in January
According to sources, TSMC replaced Samsung to win a large order of Tesla's assist driving FSD chip, based on the 4/5nm process
Jinshanyun reported revenue of 1.97 billion yuan in the third quarter, down 18.4 percent year on year
The most popular news this week
For the first time, China surpassed the United States and was recognized as the world's largest in the number of valid patents
SoftBank has developed technology to use drones to detect mobile phone signals from people buried in disasters
Tencent Holdings: Purchased 1.29 million shares today at a cost of HK $351 million
Saudi player dispels rumours of winning after being awarded Rolls-Royce Phantom: No matter
The super flagship endorsed by Wu Jing hits the shelves: almost all the front screens will be released next week
Huawei Watch Buds: two-in-one design of watch earbuds
No wonder people still don't buy TV when the price is down
Qualcomm developed PC processor behind: ARM toothpaste kiss son architecture is not good
Flavor is "technology and hard work"? Don't worry about it!
Tesla's new car will be returned after being bought three times in three days