Talk about Apple's new iPhone se: "seeming to fit the gods" with iPhone 8

On the evening of April 15, apple finally released a new "cheap" iPhone, but not the iPhone 9, which is still named "iPhone se". From the point of view of naming, it is closer to the iPad and MAC update. So, in the future, the iPhone Se series may have a stable update rhythm?

To put it bluntly, the iPhone SE's configuration is no different from the previously exposed content. It uses the same 4.7-inch screen as the iPhone 8, with a resolution of 1334x750, but the 3D touch function is removed to control the cost. The camera has the same specifications as the iPhone 8, with 7 million pixels in front (F / 2.2) and 12 million pixels in back (F / 1.8). The exterior design, weight and size of the fuselage have not changed at all. If the color is not changed and the new iPhone Se and iPhone 8 are put together, can you tell that I am a male and female? 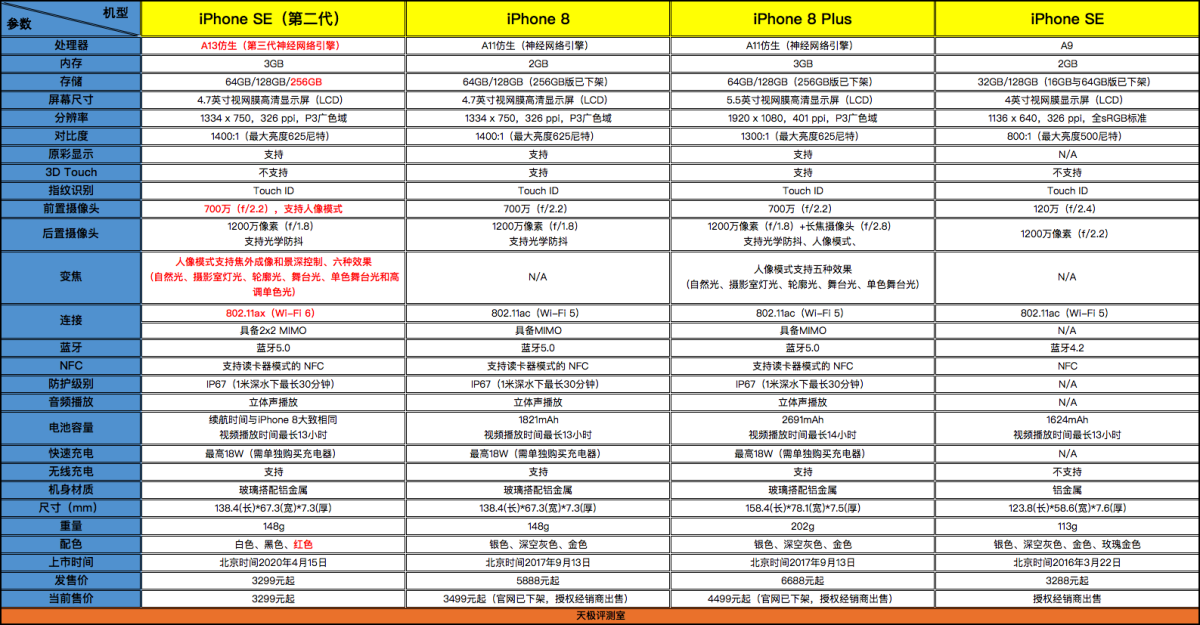 But by comparing the detailed parameters of the two products, we can find that the iPhone SE and the iPhone 8 are really "together.". With the new A13 bionic chip, the experience of iPhone Se in performance, shooting, connection and other aspects has been improved, and this "enhanced iPhone 8" still has a World War I force today.

Although the hardware parameters of the camera are the same as those of the iPhone 8, with the performance advantages of the A13 bionic chip, the enhancement of the iPhone se is really not "a little bit". 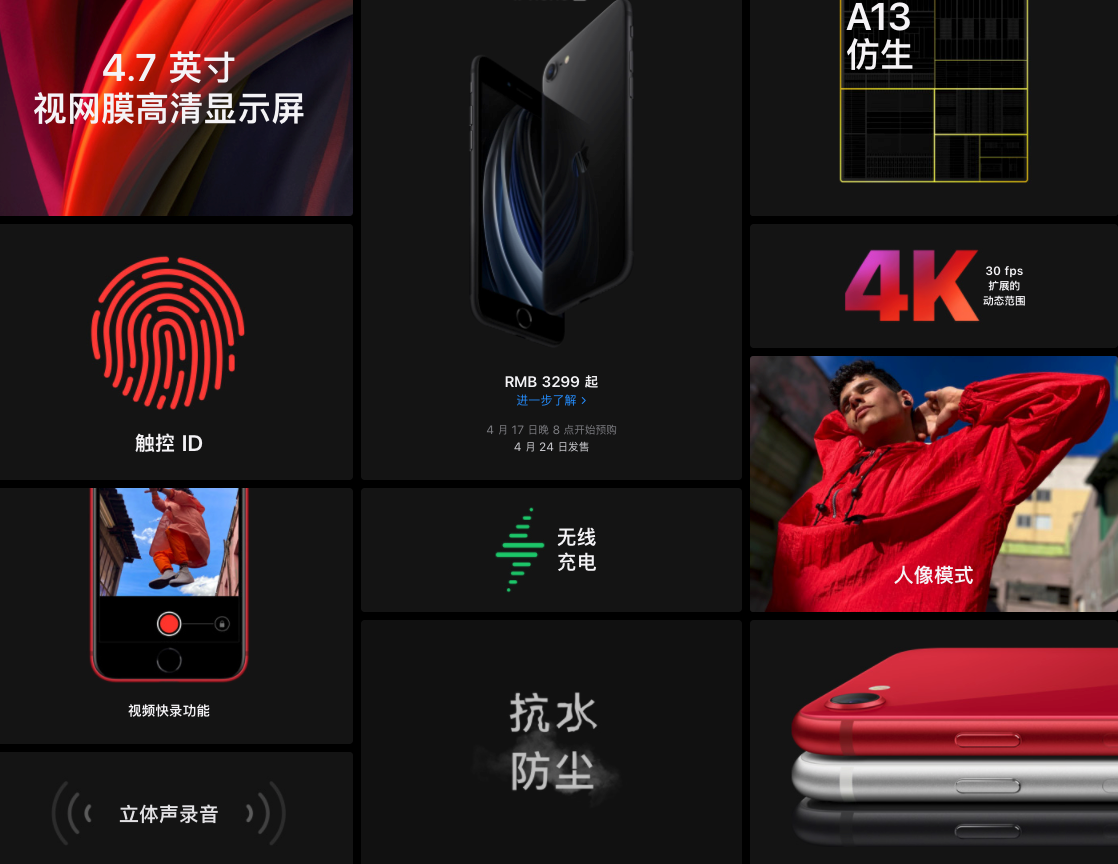 First of all, 7 million front-end cameras are added with portrait mode, which supports out of focus imaging and depth of field control, six kinds of portrait lighting effects (natural light, photographer light, outline light, stage light, monochromatic stage light and high-intensity monochromatic light), and theater level video anti shake functions, which are not available for iPhone 8 and iPhone 8 plus (iPhone x is the first to support).

In terms of postposition, the 12 megapixel single shot of iPhone se can also support portrait mode shooting, and there is more than one photo effect supported by iPhone 8 plus. For video capture, iPhone se also supports stereo recording.

When the iPhone 8 and the iPhone 8 plus were released, they were available in three colors: silver, dark gray, and gold. Later, the red model was launched. IPhone se usesAppleA new way of color matching, providing white, black and red colors. 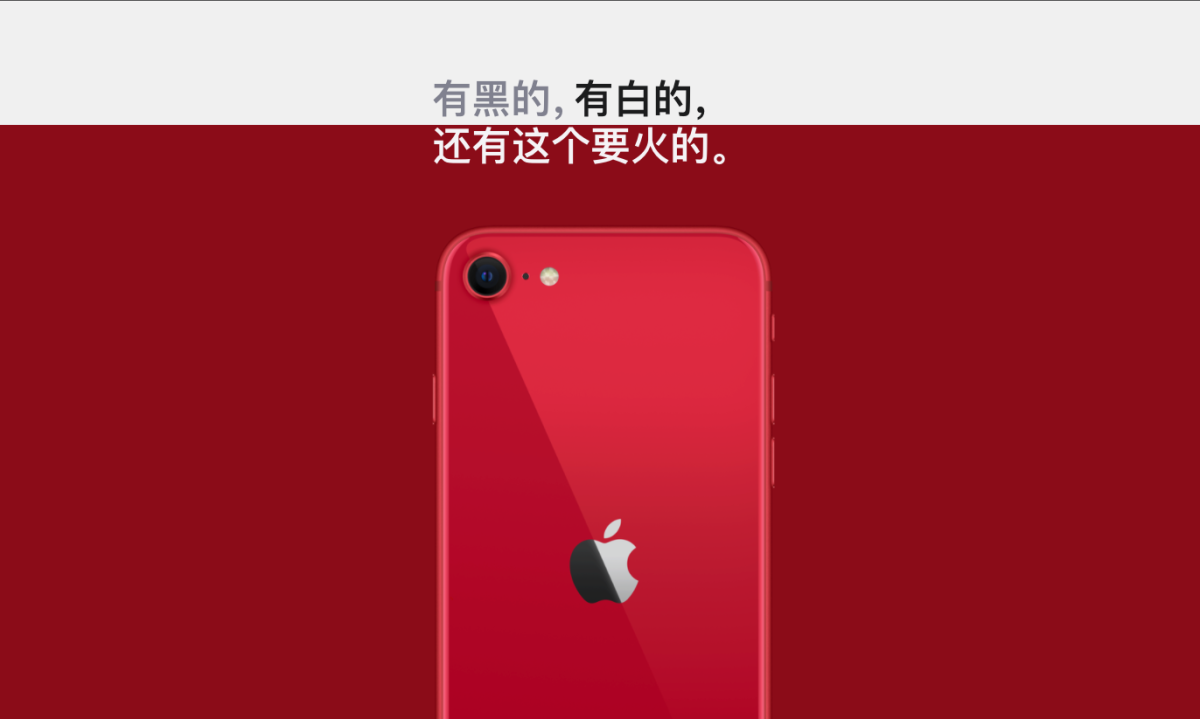 1. Users who want to experience IOS simply but with limited budget. 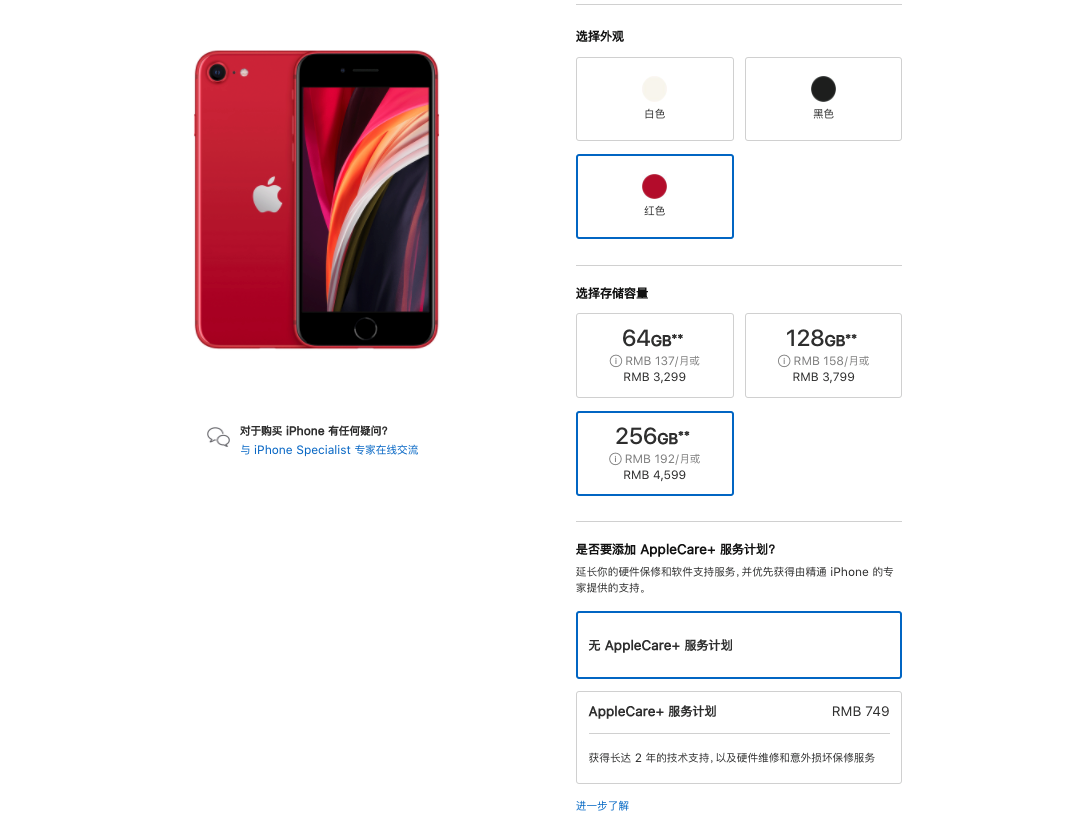 Here's more about cost performance. Unlike other brands of devices, when it comes to the price / performance of Apple devices, we often add an extra dimension - use time. Normally, it's not difficult to use a new iPhone for 2-3 years, unless there are special circumstances, such as changing 5g. But I don't think the iPhone Se series is included. If this mobile phone is used as a standby machine, it may last a little longer for heavy users. But if it is used as a main machine, under the impact of Android group and iPhone XX Pro Series, it's really not enough

For example, in terms of shooting, the iPhone 11 Pro has adopted post three shots. Although the single shot of the iPhone se has been improved, it is not the same in terms of function alone, let alone Android phones with post four shots at similar prices. On the screen side, the iPhone se without a full screen doesn't seem to have any advantages.

In addition to the above changes, the iPhone se also shows Apple's "robust" side, so as not to change, such as the following aspects: although it supports 18W fast charging, the standard charger is still 5W. In addition, although the specific specifications of the battery have not been published, it can be inferred from the "usage time is roughly the same as the iPhone 8" mentioned on the official website that it should be less than 2000 MAH.

At the end of the day, there's another question for you. The new iPhone se will be pre purchased at 8:00 p.m. on April 17 and will be available on April 24. Will you buy it?

Related news
Talk about Apple's new iPhone se: "seeming to fit the gods" with iPhone 8
Hot news this week
Announced real-fired people to change the news for four days, the chairman of Tianzhong semen was resigned for personal reasons.
Bank of East Asia (BEA) was fined 16.74 million yuan ($16.74 million) by the Shanghai branch of the People's Bank of China for illegal information collection
After the comprehensive suspension of "nurturance class" network comprehensive and indulgent drama, the audience deserves better
The drill bit of nasa's Perseverance rover was stuck with rubble and could not take samples for the time being
Chinese scientists have discovered a strategy for treating COVID-19: using particles to bind to the virus
Why do you want to take a red wine before going to! Shake a shake & quot; wine glass? After reading the line
Former search president of Baidu xiang Hailong joins Transsion The company that sells mobile phones wants to do more Internet
ByteDance invested in Sequencing Technology, which is an AI industrial SaaS software service provider
2021 Global Patent List Released: Huawei ranked fourth in the top five in the world in the United States
It's hard to escape the monopoly sanctions American court dismissed Facebook against FTC counterattack
The most popular news this week
In 2021, public security organs cracked down on more than 6,000 illegal payment and settlement gangs in 134 problematic games
People's Daily: Promoting Express Packaging "Green Revolution"
Ali health online the first domestic helicobacter pylori self-testing product "you tube", 10 minutes out of the results
Xiaomi Youpin Youyu announced the termination of operations
JP GAMES and Alibaba Cloud reached a cooperation to develop a metaversic solution based on the cloud
The camera is lost to the mobile phone Japan Canon close Zhuhai factory: small part parts are still working
Baidu announced connectivity with more than a dozen companies, including Meituan and Xiaohongshu
Xiaomi's mobile communication brand upgrade to achieve online self-service business
Jing Jia micro: JM5400, JM7200, JM9 series graphic processing chip successfully achieved industrialization
People's Daily: Let online literature better express contemporary China