Apple has quietly changed between two generations of iPhone se

Four years later, apple finally released the new iPhone se. As four years ago, the iPhone se ԡ carries the most advanced chip (A13) of the day, using the previous generation of industrial design (iPhone 8) and most of its components. This is a "cost-effective" model, starting at 3299 yuan, which is nearly half cheaper than the same A13 chip iPhone 11.

Around the newIPhoneSe, a lot of problems also emerge: why don't Apple redesign a comprehensive screen solution? Why does Android have to offer a product that looks like the iPhone 6 six years ago when new designs and features emerge in an endless stream?

Most importantly, why does the product code named "Se" reappear in 2020?

"Failure" of the first se Savior

All these start with the first appearance of "Se".

In 2016, Apple was facing its first "crisis" since the iPhone came out.

The impact was shown in Apple's earnings for the second quarter of 2016. Apple's second fiscal quarter corresponds to its performance from January to March, which is the Chinese Spring Festival. The sales performance of Greater China during the Spring Festival will directly affect Apple's overall performance.

In the second quarter of 2015, thanks to the success of iPhone 6, Apple's performance in Greater China increased 71% year-on-year, and iPhone sales in the world also increased 57% year-on-year, strongly driving the growth of Apple's performance. By 2016, iPhone sales were down, down 18% from a year earlier. After nine years of development, the high-end market of iPhone is almost saturated, and there is not much room for growth. 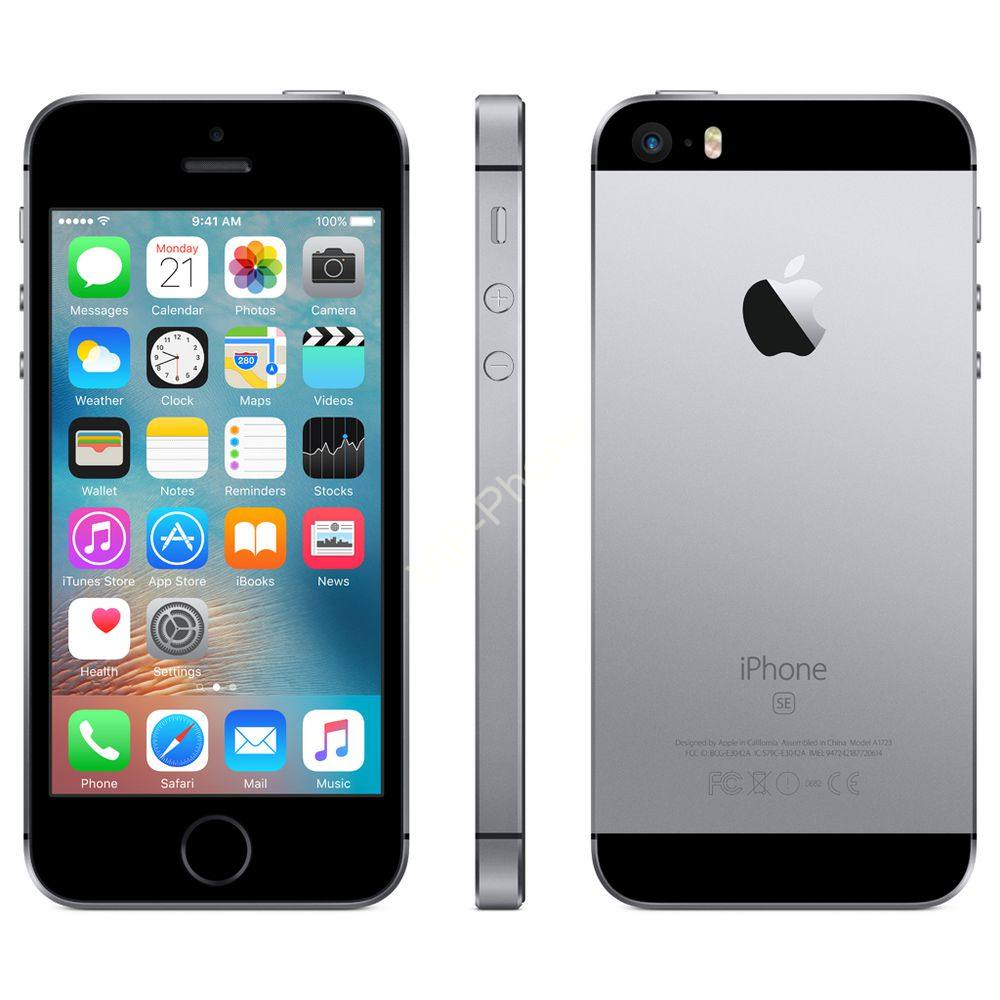 At this time, on March 21, 2016, the first generation of iPhone se came out. Se is regarded as an attempt by apple to attack the "mid market". It carries the most advanced A9 chip at that time. In addition, the performance burden of 4-inch small screen is relatively low. Se has excellent performance. After four years, it can still upgrade to the latest IOS 13.4 system.

Obviously, "Se" can't help the iPhone business get more revenue, but it has made some achievements in sales. IPhone sales fell 15% year-on-year in the quarter, down from the previous quarter.

Since then, Apple's revenue report has quietly shown a trend of change.

Why is se of "wolf coming"?

Apple made two decisions after the iPhone market slowed down. One is to broaden the market and explore the middle end. The iPhone se was Apple's attempt.

The other is "price increase" to explore higher prices. So a more extreme and expensive high-end iPhone was launched. In the fall of 2017, Apple launched the iPhone x, bringing the price of the iPhone to a level of $1000.

This strategy has been successful. The iPhone x is very popular, leading the iPhone business directly to a single quarter sales record of $61.1 billion, which has not been broken until today. Apple continued to make great strides, launching the XRS and XS series at the end of 2018, as well as the XS max with a maximum price of $1449.

In the process, every spring, the rumors about the upcoming iPhone se release are like the story of "the wolf is coming", which has lifted the appetite of users and the market.

But it never appeared. The reason behind this is also very simple. "Se" is not a regular updated product line, and Apple will only launch when there is demand. The core of this demand is the ceiling of iPhone sales.

As the average price of iPhone keeps rising, the sales volume of iPhone has been declining year after year. In recent years, Apple has put great emphasis on the performance optimization of IOS. After replacing the battery update system, many old mobile phones have a "second spring". Users' switching frequency has begun to decrease, resulting in a number of iPhone 6S "nail households".

Since 2019, Apple will no longer disclose the specific sales data of iPhone in the financial statements, but according to the sales situation of iPhone and the approximate average price, the sales volume of iPhone is still in a declining state.

In 2019, apple finally changed its strategy again and began to abandon aggressive pricing. The price of iPhone 11 is lower than that of the same gear of the same gear a year ago, especially in the environment of Android mobile phone price rising in the same period.

So half a year later, in the spring, when Apple needed more iPhone users, iPhone se finally returned. Or familiar formula: top chip, last generation design, even the price is the same as four years ago, 3299. In addition, there is no price increase for the added quantity. The storage gear has increased from 16g four years ago to 64g now.

But it doesn't have a full screen, face ID, or dual or triple cameras. Of course, "clear inventory" and cost control are the main reasons, but for apple, which is not so "tight", what it values more is whether the iPhone se with A13 will in turn steal the users of iPhone 11 and iPhone 11 pro.

So why does Apple need so many iPhone users? What's the reason it's sacrificing the average price of the iPhone, from "lower price" to the mid market and Android's "grabbing people"?

In fact, in the four years since the release of the first iPhone se, Apple's revenue structure has changed a lot.

In the first quarter of 2020, after two years, apple again set a record quarterly revenue. This time, instead of relying on the expensive iPhone, it relies on a series of expansion experiences around the iPhone.

Apple no longer relies too much on the iPhone itself, does not need to drive the frequency of the user's switch, does not need to drive the iPhone price to continue to rise. In the past few years, the proportion of iPhone sales revenue to Apple's total revenue has continued to decline. Apple needs more iPhone users to join the ecosystem. As a result, the iPhone se, as the best entry-level iPhone, is once again on the stage. 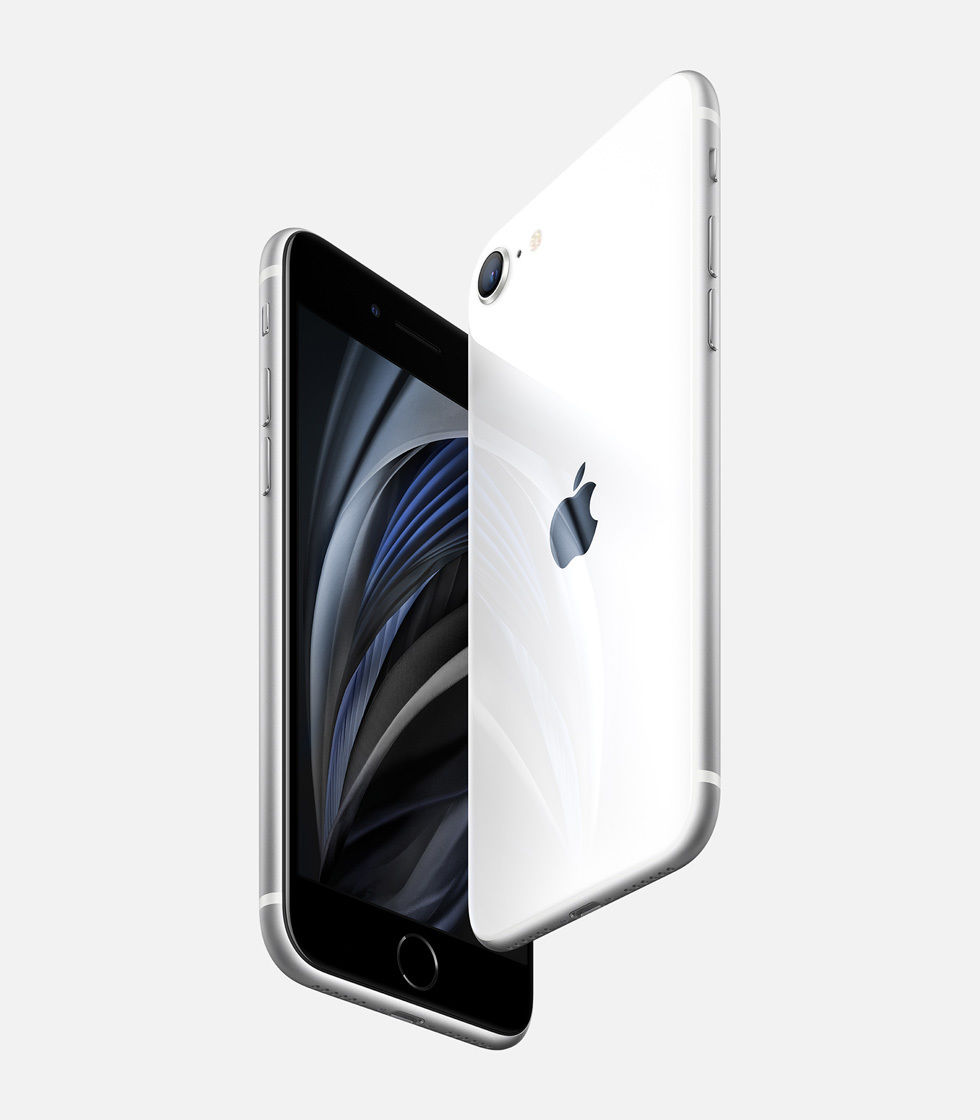 Apple has been maintaining a very stable pace of product iteration. For more than ten years in a row, every autumn it can come up with a new main iPhone. This mechanism eventually becomes the practice of the whole smartphone industry, affecting the development cycle of upstream technology. But even apple, because the market performance is not in line with expectations, will cause the original product rhythm to be disrupted, so that four years later, it will be delayed to update this highly concerned product.

In 2016, after the release of the first iPhone se, apple first launched Apple Music on WWDC in the summer, and then launched airpods for the first time in the autumn. Now looking back, that's the beginning of Apple's business layout adjustment.

Coincidentally, half a day after the launch of the new iPhone se, Bloomberg reported that Apple was developing a new high-end headphone that would be equipped with dynamic noise reduction. Guo said earlier that apple is developing a new homepod sound, which is expected to be released this year. Following the trajectory of four years ago, apple did not stop.

After four years of clues, you will find that the story of iPhone se is like a fable of the game between enterprise and market. It was Apple's attempt to solve the iPhone business crisis, but it did not achieve immediate results. After that, Apple has tried to increase the scale on both sides of the scale. Finally, relying on the deep technical reserves and flexible adjustment ability, Apple has crossed the peak, walked out of the trough, completed the business transformation and found a new way out.

Four years later, the iPhone se seems to be the same formula four years ago, but the business logic behind it has changed. In the dynamic process of continuous game between enterprises and market, Apple has gone through a cycle.

Related news
It's all iPhone se: Apple has changed
Apple watch series 6 and apple watch se out of the box (video)
Hot news this week
Zhao Lijian responded to the British "blocking" Huawei: generalizing the concept of national security harms others and harms themselves
Zhao lijian said the UK's decision to block Huawei under PRESSURE from the US was damaging others and not benefiting itself
ByteDance invested in Sequencing Technology, which is an AI industrial SaaS software service provider
It's hard to escape the monopoly sanctions American court dismissed Facebook against FTC counterattack
Former search president of Baidu xiang Hailong joins Transsion The company that sells mobile phones wants to do more Internet
Involving the "three crimes" such as the misappropriation of loan funds, the Shaoxing branch of Guangfa Bank was fined 1.1 million yuan
Foxconn announced that it had resumed production in India: only 120 workers had been brought back to work for the first batch
AsiaInfo Technology Announces Acquisition of iResearch Consulting to continue to increase digital operations and digital and intelligent transformation
30-year veteran Gregory Bryant says goodbye to Intel
After the suspension storm, Amazon's Chinese sellers increased by double digits, and sales exceeded $50 million.
The most popular news this week
Airlines cancel US flights: Reason for frustration
The pinnacle of Xiaomi industrial design! Xiaomi god machine price reduction: from 2499 yuan
Scissor doors, lifting lidar! Baidu car under the blood cost of the concept car details were first exposed
Premium 45.3% Microsoft Guarantened 68.7 billion US dollars to acquire moving flights PK Faces compete for content production faucet
Phil Spencer, CEO of Microsoft's Gaming Business: Welcome to Activision Blizzard to the Microsoft gaming family
Microsoft announces acquisition of Activision Blizzard on hot search! Netizens sighed: 400 billion cash transactions
Half a billion! Pay treasure collect five blessing to come: exceed 50 thousand people collect qi have you
Snapdragon 888 Plus Is the King of Sex! The best selling mobile phones at the 2000 price point were announced
Microsoft 68.7 billion US dollars acquired moving Blizzard: will become the third big game company in the world!
Apple releases AirPods 3 firmware: Version 4C170