According to foreign media reports, NASA plans to collect samples from Mars and bring them back to earth, which is well known - because they have said so many times. But how do they dig up soil from the surface of a distant planet and bring it back to earth? The plan sounds a bit like a plot from science fiction. 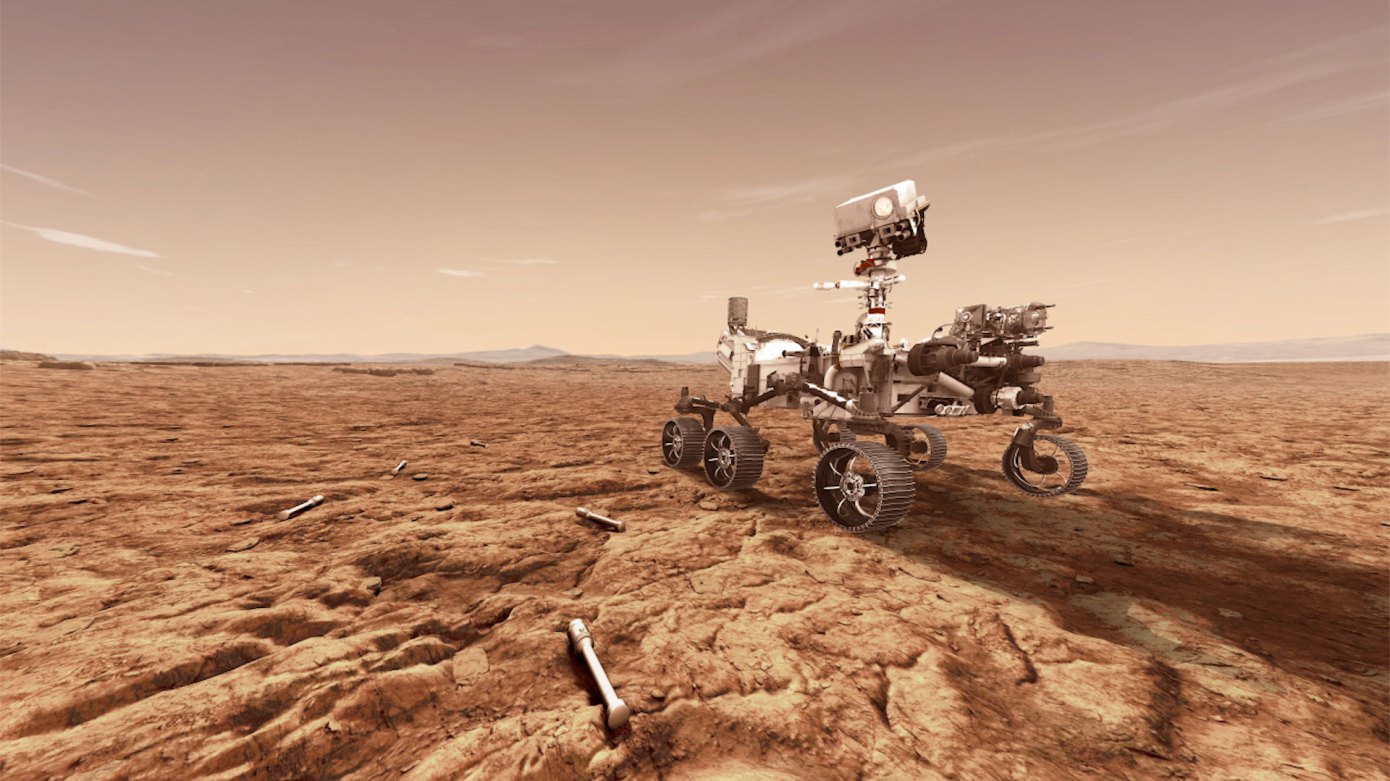 The project's lead scientist presented the Mars sample retrieval plan proposed by NASA and ESA( ESA) at a virtual conference, possibly the most ambitious interstellar mission ever, according to Nature.

The first part of the plan has been made public: it will be launched through the perseverance Mars probe, which is preparing for launch in July, despite the current pandemic. Perseverance will use a drill and a bulldozer to sample on Mars, and then store 30 small tubes containing Mars samples on the spacecraft.

The next thing is going to be crazy.

It is understood that by 2026, NASA will launch a second spacecraft, which is expected to reach Mars and land near Jezero crater and perseverance in 2028. The spacecraft will deploy a second probe to Mars, which will drive near perseverance, and then start collecting small tubes of samples and putting them in the Mars ascending rocket that comes together. The small rocket will launch itself and send samples into orbit - the first time the spacecraft will take off from the surface of Mars.

At this time, the third spaceship waiting nearby will synchronize with the orbit of the sample recovery spaceship, and then return to earth with it, which is expected to complete the mission in 2031.

"It's not a simple task," Jim watzin, NASA's Mars exploration program director, said at the meeting, "but we try to keep it as simple as possible."

In fact, given the limitations of Mars' travel, it's hard to think of a simpler process. For a variety of reasons, perseverance was unable to send the samples back to the trajectory on its own, which required the assistance of a second spacecraft. But it's impossible to have a spacecraft that can play the roles of outer space vehicle, lander, detector, ascending spacecraft and returning spacecraft at the same time, so a third spacecraft is needed here.

It is worth noting that at present, these are just mission profiles. The actual spacecraft does not exist and is unlikely to be built in the next few years. But in any case, NASA's latest share of this information is still exciting.

Related news
NASA begins to fuel the nuclear power plant of the Mars 2020 Mars
What is the Mars 2020 Mars Rover? Go to the NASA assembly room and have a look.
NASA installs new landing sensor components for Mars 2020 rover to improve safety
NASA Engineers Install Sample Cache System on Mars 2020
NASA says Australia will help support its Artemis and Moon to Mars programs.
NASA completes separation of Mars 2020 landing platform
NASA's'Moon to Mars'project may face huge changes
NASA showcases a new generation of supercam cameras to be used in Mars 2020
NASA is finally going to unveil the official name of Mars 2020
Hot news this week
Zhao Lijian responded to the British "blocking" Huawei: generalizing the concept of national security harms others and harms themselves
Zhao lijian said the UK's decision to block Huawei under PRESSURE from the US was damaging others and not benefiting itself
Tencent web drama "Beginning" Douban opening score 8.2: the male protagonist's mobile phone has become a highlight!
AsiaInfo Technology Announces Acquisition of iResearch Consulting to continue to increase digital operations and digital and intelligent transformation
Samsung's new notebook patent publication: the keyboard is divided into two-quarters after two folds.
Canon China plans to close some production lines in Zhuhai in response to the zhuhai company's suspension of production
Breakthrough: Chinese scientists have discovered and confirmed the boson exotic metal for the first time
Volkswagen's sales in China plummeted, a record low in 8 years! The CEO revealed the reason for the helplessness
Only 2 decisive headphones Class A Certification of the Ministry of Industry and Information Technology? Perhaps it is misunderstanding
1KW electric energy production 3KW heat Tesla hot pump low temperature hidden dangers were investigated
The most popular news this week
China's groundwater resources reserves are identified for the first time: the southern freshwater reserves account for only 5% of the country's total
Microsoft Gaming Executive: Had a friendly call with Sony management
The United States seeks to contain scientific giants Google 2021 year tour spending increased by 13 million yuan
QQ Music ranked third among the world's most popular music platforms
IPHONE open side load? The US Senate Group has approved the bill to vote
钛媒体科股早知道：价格创十年新高，需求占比或提升5倍以上，特斯拉全球出击疯狂抢占该资源；国家卫健委研究出台更多积极生育支持措施
Take stock of Microsoft's top ten acquisitions: 3 of the more than 10 billion US dollars Nokia is not in the top 5
Deposit time coin pension, what is the upcoming "time bank" in Beijing?
Performance losses exceed 400 million, had been saved by Plum Qi "women's shoes first shares", give up selling shoes
Dong Xiaodian announced the shuttlecock, social e-commerce style encountered life and death