Ps5, new Xbox price exposure: the economic recession caused by the epidemic will affect both sales

First of all, it should be clear that because Sony and Microsoft have greatly upgraded the performance of the new host, the cost of the ps5 and the new Xbox will naturally go up, so it is unlikely that the price will not rise, so what is the price of the two?

According to the latest news of foreign media,Both the ps5 and the new Xbox are expected to cost between $450 and $499, which means the most expensive is probably no more than 4000 yuan, which is much cheaper than previously expected.

Even if the price is cheaper than expected, Sony and Microsoft still have little confidence. Because the epidemic has made the economic environment very poor this year, many people have lost their jobs, so this has led to a lot of cuts in entertainment consumption.

Analysts say the coming recession will have an impact on next-generation mainframe sales, especially in 2021. Because consumers affected by the economic downturn may think that upgrading the host as soon as possible is not a necessary thing, but Microsoft's Xbox all access service, which allows players to buy the host by installments and free of interest, may play an important role in this economic context.

Earlier this week, foreign media reported that Sony had told its assembly partners that it would produce 5 to 6 million ps5 units in the fiscal year ending March 2021. When Sony released Playstation 4 in November 2013, 7.5 million units were sold in the first two quarters.

The report also mentioned that Sony will rely on the PS4 as a bridge to allow new users to join the PSN when the supply of ps5 is limited. At the time of ps5 launch, PS4 may reduce price to increase new users of PSN.

Some in the industry said,If the Xbox series X is not delayed, it is unlikely that the ps5 will be delayed. But now the problem is that the new crown epidemic has affected Sony's financial report meeting, including the related agenda of the ps5, and its production may be affected. However, Sony is very confident about the ps5's first gameHeart. 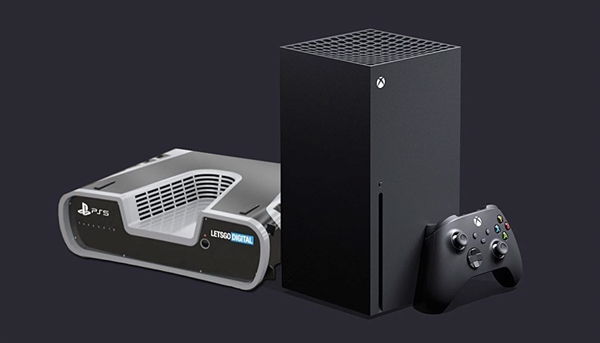 Related news
The Sony ps5 is expected to sell for $499 better than the new XBOX
Ps5 and new Xbox are coming out! The game of the future will be disruptive
Sony ps5, Microsoft's new Xbox price exposure: Top edition is more expensive than you expected
Former Xbox executives analyze Sony's strategy ps5 price will bring surprises
Ps5, new Xbox price exposure: the economic recession caused by the epidemic will affect both sales
Why does Sony continue to dominate the next generation when ps5 is released?
Ps5, Xbox series "ultimate suspense" revealed: retail packaging is black and white
Sony's PS5 sales are expected to reach 200 million: far ahead of PS2、's most successful record
How can Sony ps5 surpass PS4
Chip shortage! Sony can't guarantee that the ps5 will be ready for Christmas this year
Hot news this week
Behind the exposed layoffs, China has praised the loss growth, and the stock price has fallen 67% in three months.
The news said that the Wi-Fi7 chip uses a 7/6nm process to stimulate QFN packaging and aging testing needs
Alipay life channel 20 million people see Wufu Sheng Xiaoka lottery live, fans: difficult for the public
The U.S. government is introducing new policies to attract international students in fields like science and technology
The U.S. Senate Committee passed the tech antitrust bill, and giants such as Apple and Google rose to the challenge
It has been exposed that it will be acquired by Tencent: the Black Shark 5 game mobile phone is officially announced!
China has successfully developed the world's lowest power phase change memory: a thousand times lower than mainstream products
Microsoft Apple Meta seizes the XR market, the Samsung of the fillet folding screen mobile phone or wants to catch up
K50 e-sports edition opponent is coming! A new Chinese phone released in February: it claims to be the best gaming phone
Station B Bilibili 2021 Top 100 UP Main Selection: 63% of new entrants, double the proportion of scientific and technological knowledge
The most popular news this week
7 years! The classic control panel doesn't die: Windows 11 takes another step back
Are you "socially afraid"? 70% of college students are afraid of becoming socially awkward Experts give advice
Samsung's fourth-quarter net profit of $8.86 billion increased 65% year-over-year
Oracle revealed its latest strategy in China: data center + service cross-border e-commerce
Netizens spoof "start": If Liu Yao puts photos in Baidu network disk
钛媒体科股早知道：库存不足5天！这些领域芯片成缺货“重灾区”；多点突破！11月至今该领域政策和事件密集发布
Masque: Sub-shaped robot business is more important in the future or Bitelsla
The circle of friends can send 20 photos! WeChat iOS version 8.0.18 released: WeChat keyboard online
Lenovo Halo flagship new machine rendering, configuration exposure: equipped with Snapdragon 8 Plus processor
Samsung officially issued an invitation: February 9th official Xuan Galaxy S22