For the Pentagon's 10 billion US dollar cloud service orders, Microsoft Amazon launched a fierce tug of war, which can be described as twists and turns. After Microsoft's unexpected victory, Bezos claimed that Amazon had been sued by President trump. In the end, the balance of defense department didn't incline to Amazon, and Microsoft laughed to the end.

Recently, the high-profile cloud computing list of the U.S. Department of defense finally came to an end, and Microsoft won the battle, which lasted nearly a year.

For the time being, microsoft won the pentagon's controversial $10 billion joint venture defense infrastructure (JEDI) contract in october. After Microsoft announced its victory, Amazon did not give up, but immediately filed a lawsuit to stop Microsoft.

Yesterday, however, the office of the inspector general of the Ministry of Defense issued a report in support of Microsoft's proposal. Here, Microsoft officially got the ten billion dollar bill.

Jedi will improve the security of military data, accelerate the real-time information sharing of the whole army, and host the computing power and storage space in the remote data center. 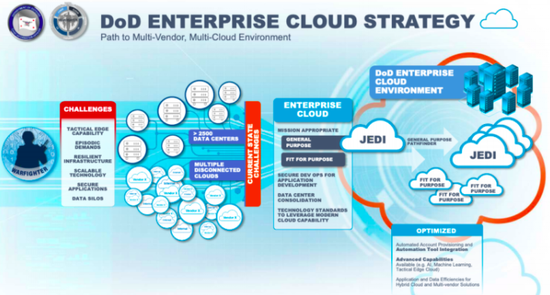 For $10 billion, Microsoft Amazon launched a fierce tug of war

After all, 10 billion US dollars is not a small amount. It can buy 2.9 million Tesla Model S3. Amazon would not give up so easily in any case, during which it experienced several tugs of war.

The first round: Microsoft wins by accident, Amazon is stupid

In october 2019, the pentagon announced microsoft's victory over amazon in a fierce competition for public cloud services for the defense department.

As soon as the results were announced, microsoft's shares rose 3%, while amazon's shares fell nearly 1%.

Obviously, many people, including Amazon itself, didn't expect this result: the Pentagon didn't choose me, AWS, the leader of cloud computing market, but chose Microsoft azure? For what? I can't think.

The second round: Amazon obstructs effective, and successfully presses the trade pause button 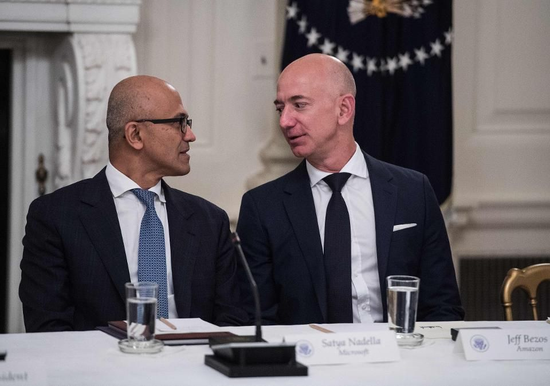 Amazon believes that this is a stumbling block for President Donald Trump, not a real consideration based on the level of market competition, after all, Amazon CEO Bezos have long been recognized as Trump's thorn in the side.

So amazon launched a positive counter-attack, sued the pentagon, and successfully blocked the contract's next move.

When a federal judge announced the suspension of Microsoft's cloud-computing contract to conduct an investigation, Amazon duly distributed a message saying

As a result, many people think the story is going to be reversed.

The third round: the end has been decided, Amazon will not let go easily

In the end, however, the Department of Defense's scales did not favour Amazon. While amazon still has the largest share of the cloud market, the pentagon has hit amazon hard with $10 billion.

However, although Microsoft has won the ten billion dollar battle, the competition will be more intense in the future. Amazon won't give in like this, as can be seen from Amazon's process of obstructing Microsoft's contract with the Pentagon.

Amazon: Trump has a problem with me, Microsoft: Go cry to Dad

While the joint venture defense infrastructure project has been hotly contested since the beginning, it has again attracted massive attention when trump publicly expressed concern that the contract would fall into Amazon's hands.

Bezos owns the Washington Post,Trump often criticizes the newspaper's coverage of its government and individuals. Trump has repeatedly accused Amazon of failing to pay its taxes and extorting the U.S. Postal Service.

As long before the contract was signed, Trump publicly mentioned the complaints of Microsoft, Oracle and IBM. 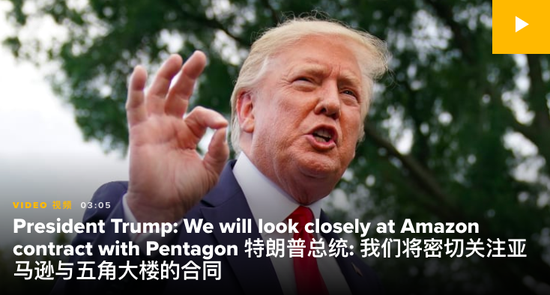 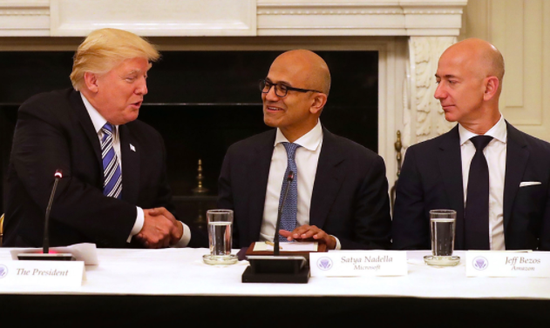 Although Amazon's lawsuit is still pending, the Department of Defense said the inspector general's findings were correct.

Microsoft won't forget the DOD when it gets such a big order, a spokesman said in a statement.The report clearly shows that the Department of defense has established an appropriate procurement process.

During the outbreak, both cloud businesses soared. A Morgan Stanley survey shows that azure is more popular than AWS

Microsoft and Amazon both lost money in the first quarter of this year, but affected by the covid-19 new crown epidemic, FactSet data shows that both stocks are rising because of the cloud business. From the perspective of financial statements, cloud computing business has become their second source of revenue. 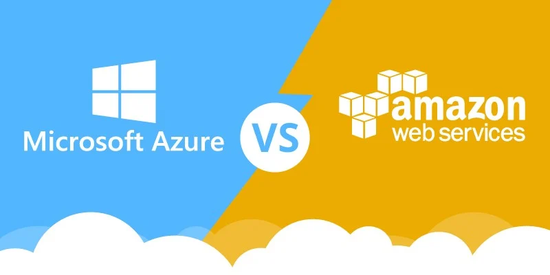 But according to Morgan Stanley's first quarter survey of CIOs, Microsoft azure (25%) surpassed Amazon AWS (22%) for the first time and became the preferred public cloud provider.

This is clearly a milestone for Microsoft. In a further survey, 34% of CIOs said they would switch to azure within three years, compared with 25% last year.