Lenovo announced a 4000 U test results NV show no fea

Lenovo announced that the small, light and thin version with the sharp dragon 4000 series U series low-voltage processor is scheduled to go on sale in May.

The text is as follows:

The first is the 3dmark benchmark performance test: 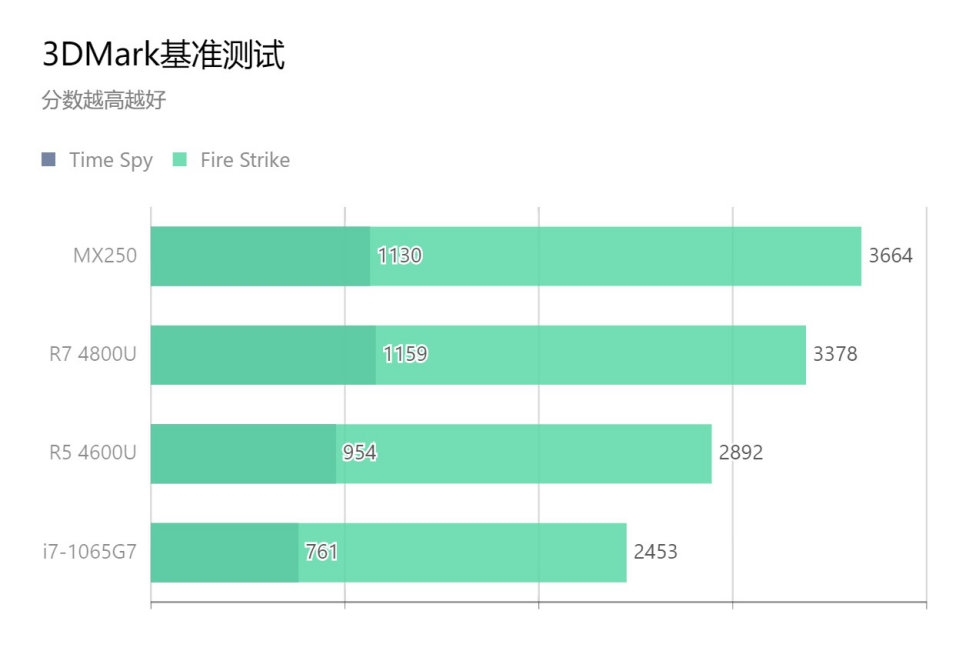 During the theoretical performance test, we can see that the core display performance of the new generation is very good, not only R5. 4600U have surpassed Intel strongest i7-1065G7,R7. 4800U has reached the MX250 level in the DX12 Time Spy, can be said to be very surprised.

Of course, coming to the actual game experience environment is much more complex than running points, from the historical point of view of the performance of nuclear display will often be a big gap with the unique display, I chose "CS：GO》 and LOL》 two online games and" Assassin Creed: Odyssey "and" Tomb Raider: Shadow "two three A for comparative testing. 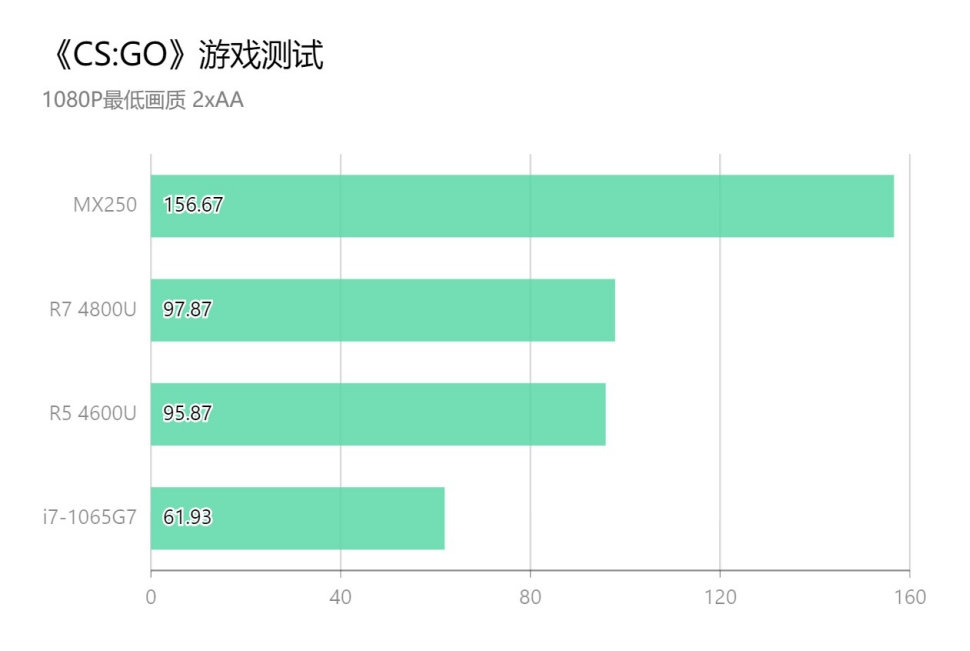 In CS: go, mx250 still has a great advantage. Both of the two sharp dragon Apus are significantly ahead of i7-1065g7, but R7 and R5 are basically the same performance, with little difference. 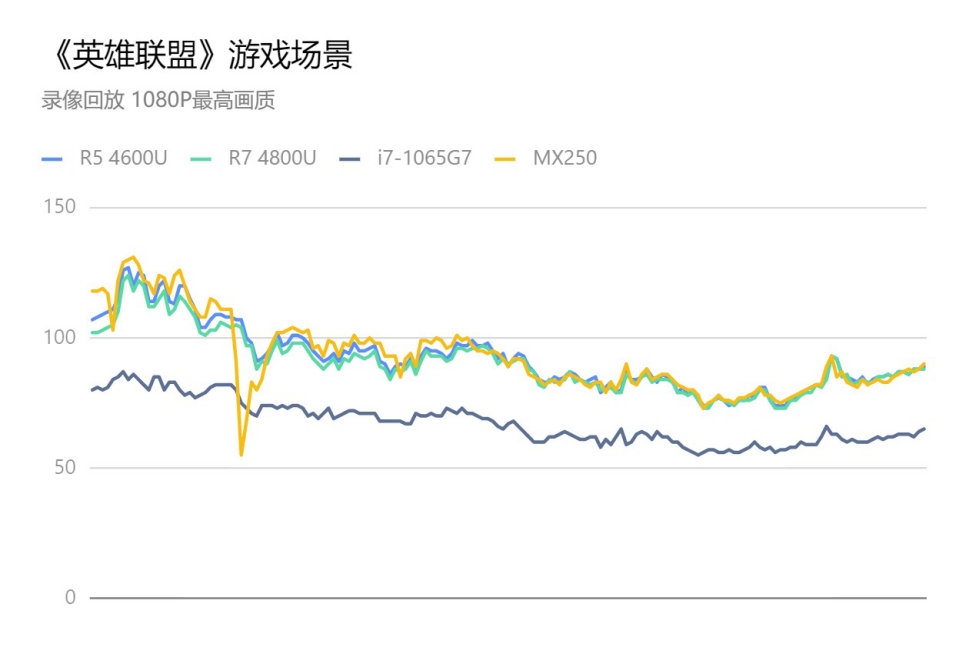 The performance of "hero League" is more interesting. As a game of metaphysics, mx250 and two sharp dragons are very similar. The average frame number is more than 90. Mx250 has a higher frame number at the beginning, and the curves almost coincide with each other in the later group war scenes. The i7-1065g7 is obviously inferior to the other three, with an average frame number of only about 68. 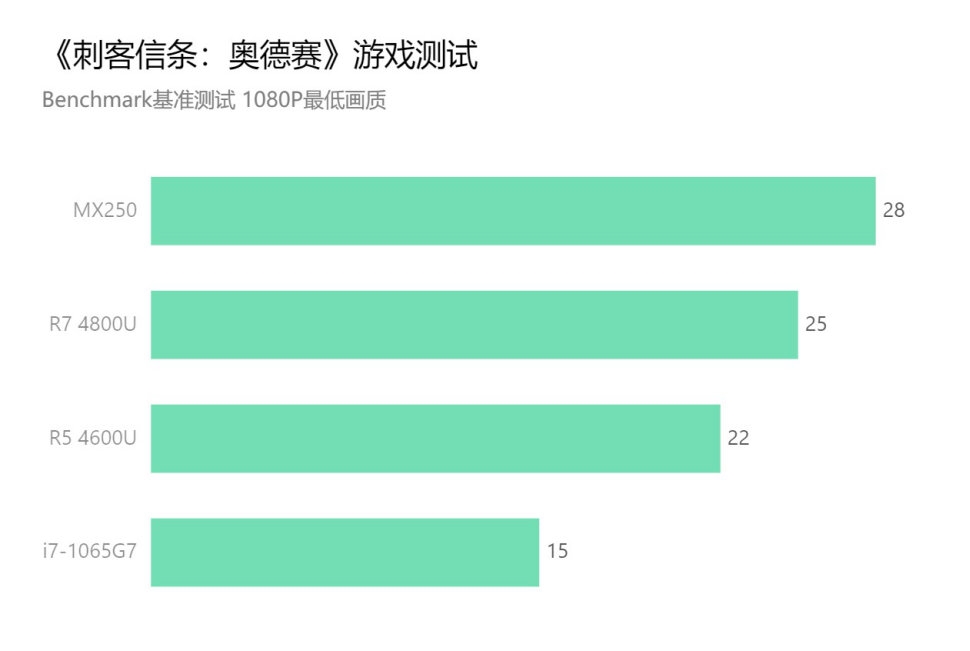 "Assassin's Creed: Odyssey", as a 3A masterpiece of comparative eating configuration, can only be tested under the lowest picture quality. In this kind of heavy load game, the gap between R5 and R7 begins to appear, but R7 4800u can achieve 90% performance of mx250, which can also be said to be excellent. 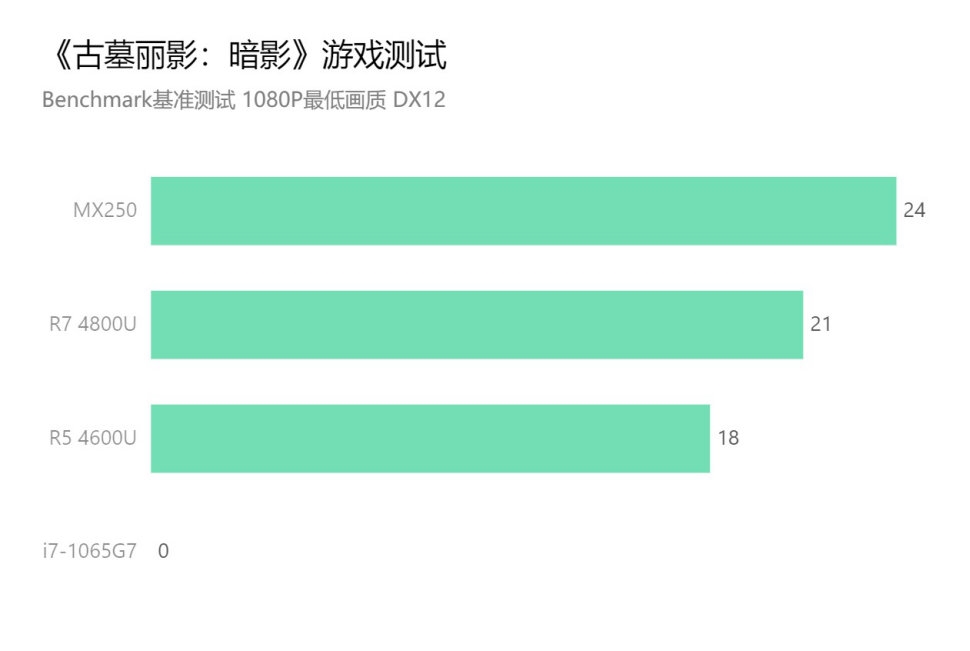 Tomb Raider: shadow is a 3A masterpiece supporting dx12. The gap between the two sharp dragons and mx250 is similar to the previous "Assassin's Creed: Odyssey". However, no matter how many times the i7-1065g7 is restarted, it will crash in the benchmark process and cannot run the game.

For this test, the summary of Lenovo's small new aspect is that the nuclear display can also have a light entertainment. They think that the performance of this generation of sharp dragon core display is very good. With the support of high-frequency memory, it is enough to replace some low-end entry-level graphics cards and meet the needs of most people's online games. R7 of them The 4800U's 8 CUs nuclear display composite level has reached a MX250 82% level.

Related news
Lenovo one officially launched: one touch screen computer for mobile phone
Lenovo announced a 4000 U test results NV show no fea
Lenovo exposure 27W full blood version of sharp dragon 7 4800u: performance soared 34.4%, straight to core i9
Lenovo Science Popularization: what is the strong performance of r5-4600u / r7-4800u?
Lenovo Science Popularization: where is the strong performance of Reebok 54600u / Reebok 74800u?
Top 10 IC design companies in the world: Qualcomm returns to No.1, NV No.3, amd No.5
ARM version of Mac computer is closing down: Thunderbolt 4 left out
According to the news, Lao Huang is in contact with sun Zhengyi: NV intends to eat arm completely
Hot news this week
The company announced the shipment data of 2021 Q1: the proportion of Huawei fell to the sixth place in the world at 4%
Huawei Hongmeng cross border stir financial industry, many banks and insurance institutions enter, so much imagination!
Many mobile phone users make complaints about 5G Zhang Guoquan: all mobile phones in China open 5G SA by default.
The most flagship Huawei watch is back! Huawei watch 3 Evaluation: full marks of harmonic OS function and endurance
Sony's third generation noise reduction experience: comparable to the strongest combat power of real wireless noise reduction headphones
News said the ipad Mini and iPad 10.2 ushered in a new design: Apple's latest launch before the end of the year
IPhone 13 Pro comes with the same model! Xiaomi 12 information exposure: equipped with ltpo adaptive high swipe screen
At 19:00 on June 9, Ma Weidu and Mai Jingdong enjoy a 50% discount on books purchased in the live studio of Shusheng shushuo
Henan satellite TV "Dragon Boat Festival wonderful tour" full version popular all over the network: netizens call content amazing
New people to do "new" business: preparing for the battle with Zhang Ying, a peach farmer in Yangshan
The most popular news this week
Accidentally, the second-hand iPad I bought on a certain platform overturned
QQ new expression "big dish Wang" dominates the screen: no matter how big the mobile phone screen is, it will never be blurred
Real book official announcement: a bit of apple flavor
Fluorite releases RK2 pro, a child care robot: can run and shake hands
Buy a Hedwig in Jingdong and you can enter Hogwarts? Jingdong 618 takes you to explore!
"To prevent brake failure, please overtake first"! Buick car stickers at the end of the car, but Tesla owners are crazy to leave the car
Microsoft colorful mouse camouflage layout reward: 179 yuan, 12 months for a battery
Jingdong 618 hard core E-sports good things straight down also enjoy super long interest free rush on the right
The red envelope returned by the couple after breaking up was rejected Court: wechat red envelope is a gift, not returned
Jingdong 618 enters the climax period, issue 10% off household appliance consumption coupon again, and enjoy the "bottom price" of the whole network!