It's all iPhone se: Apple has changed

Like four years ago, iPhone SE carried the most advanced chips of the day (A13), following the previous generation of industrial design (iPhone 8) and most of the components. This is a hit

The reaction of public opinion is almost the same, people keep a high attention to se. Apple, which has always positioned itself as a high-end company, is used to making more than 5000 yuan mobile phones. When it comes to the price range of high-end Android, can it still show enough product competitiveness and brand appeal?

A number of questions emerged about the new iPhone SE,: why didn't apple redesign a comprehensive screen solution? And why is android offering a product that looks exactly the same as iPhone 6 six years ago when new designs and features emerge?

Most importantly, why the code name

All this has to go from

The iPhone 6s series, released in the fall of 2015, continued the design of previous iPhone 6, adding only three D Touch of this new feature. That's a lot

By 2016, iPhone sales were down, down 18% from a year earlier. After nine years of development, the high-end market of iPhone is almost saturated, and there is not much room for growth. 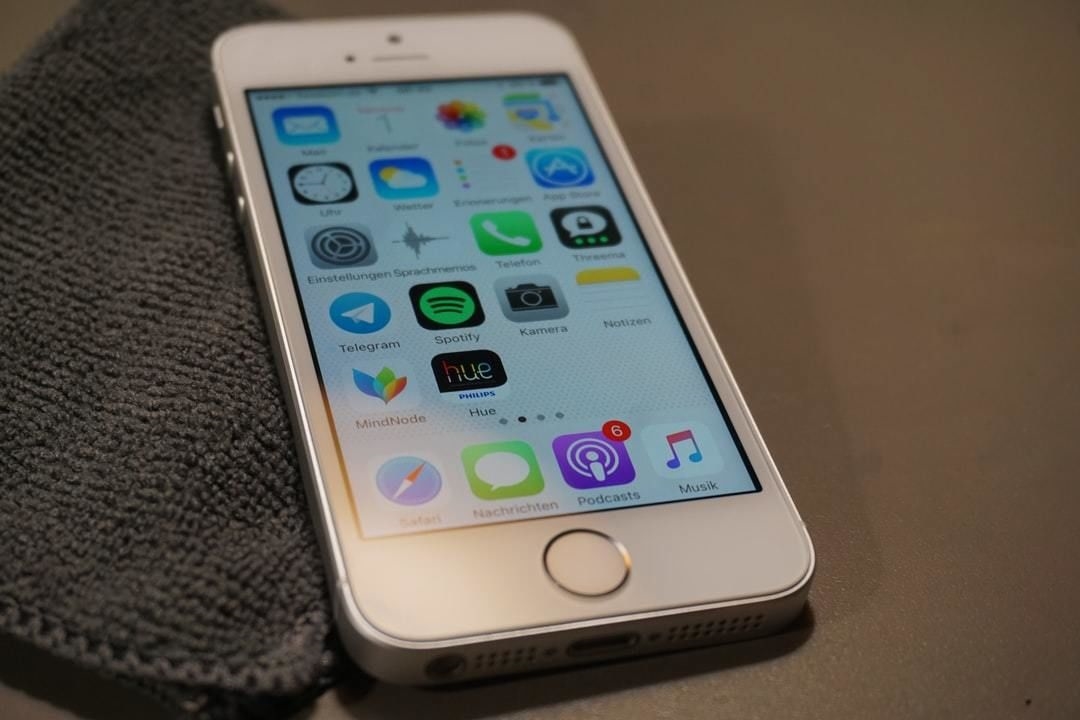 At this time, on March 21,2016, the first generation iPhone SE came out. SE is thought to be the apple attack

Since then, Apple's revenue report has quietly shown a trend of change.

Apple made two decisions after the iPhone market slowed down. One is to broaden the market and explore the middle end. The iPhone se was Apple's attempt.

This strategy has been successful. The iPhone x is very popular, leading the iPhone business directly to a single quarter sales record of $61.1 billion, which has not been broken until today. Apple continued to make great strides by launching the XRS and XS series at the end of 2018, as well as the XS max, which can be sold for up to $1449.

During this process, every spring, iPhone SE upcoming rumors are like

But it never showed up. The reason behind this is simple, 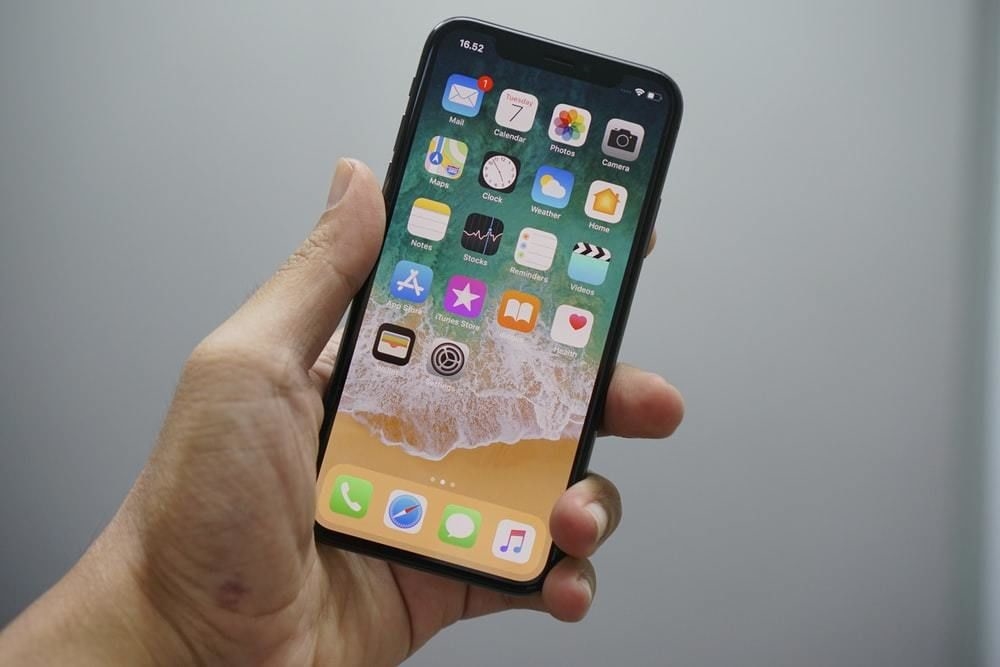 In the era of full screen, the price of iPhone has risen a step

iPhone sales have fallen year after year as iPhone average prices have risen. And with apple's emphasis on iOS performance optimisation in recent years, many older phones have been glowing with battery updates

Since 2019, Apple will no longer disclose the specific sales data of iPhone in the financial statements, but according to the sales situation of iPhone and the approximate average price, the sales volume of iPhone is still in a declining state.

In 2019, apple finally changed its strategy again and began abandoning aggressive pricing. The price of iPhone11 is lower than that of the same XR a year ago, especially in an environment where prices for both Android phones are starting to rise

So half a year later, in the spring, when Apple needed more iPhone users, iPhone se finally returned. Or familiar formula: top chip, last generation design, even the price is the same as four years ago, 3299. In addition, there is no price increase for the added quantity. The storage gear has increased from 16g four years ago to 64g now.

But it has no full screen, no FaceID,, no double, no triple. Of course,

Apple needs new users and nails, but that doesn't affect the other two

so why does apple need so many iPhone users? At the expense of iPhone average price,

In fact, in the four years since the release of the first iPhone se, Apple's revenue structure has changed a lot.

Change happens at the same time. Apple's overall revenue fell only 2% in 2019 against a 13.6% annual decline in iPhone sales. Because these two parts of the business, accessories and services, led the new growth. AirPods and AppleWatch are selling better and better, maintaining a 30-50% year-on-year increase every quarter. A new subscription service, such as Apple News 、AppleTV 、Apple Card、Apple Arcade, has also continued to boost revenue from software services. And these two businesses are based on hundreds iPhone millions of active users.

In the first quarter of 2020, after two years, apple again set a record quarterly revenue. This time, instead of relying on the expensive iPhone, it relies on a series of expansion experiences around the iPhone.

Apple no longer relies too much on the iPhone itself, does not need to drive the frequency of the user's switch, does not need to drive the iPhone price to continue to rise. In the past few years, the proportion of iPhone sales revenue to Apple's total revenue has continued to decline. Apple needs more iPhone users to join the ecosystem. As a result, the iPhone se, as the best entry-level iPhone, is once again on the stage. 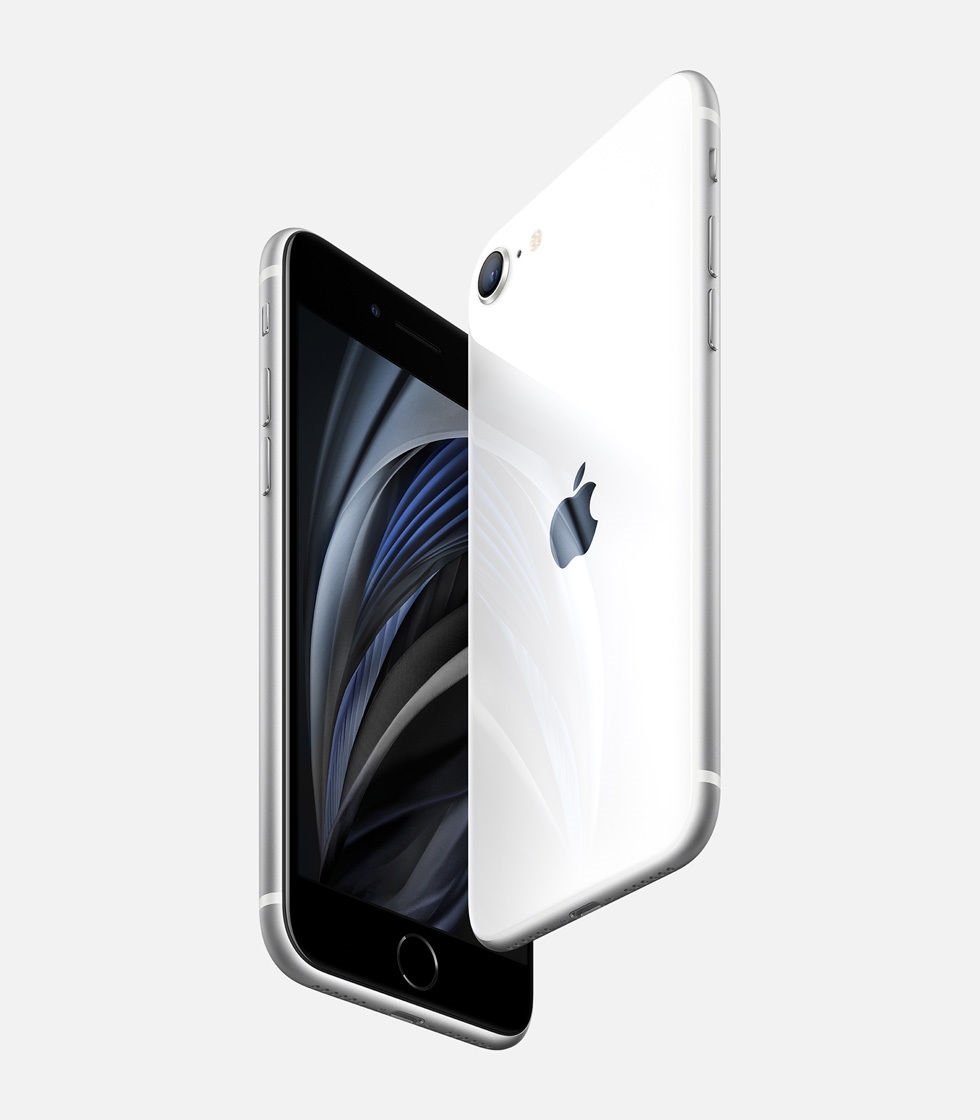 Apple has been maintaining a very stable pace of product iteration. For more than ten years in a row, every autumn it can come up with a new main iPhone. This mechanism eventually becomes the practice of the whole smartphone industry, affecting the development cycle of upstream technology.

But even apple, because the market performance is not in line with expectations, will cause the original product rhythm to be disrupted, so that four years later, it will be delayed to update this highly concerned product.

In 2016, after the release of the first iPhone se, apple first launched Apple Music on WWDC in the summer, and then launched airpods for the first time in the autumn. Now looking back, that's the beginning of Apple's business layout adjustment.

Coincidentally, half a day after the launch of the new iPhone se, Bloomberg reported that Apple was developing a new high-end headphone that would be equipped with dynamic noise reduction.

Guo said earlier that apple is developing a new homepod sound, which is expected to be released this year. Following the trajectory of four years ago, apple did not stop.

After four years of clues, you will find that the story of iPhone se is like a fable of the game between enterprise and market. It was Apple's attempt to solve the iPhone business crisis, but it did not achieve immediate results. After that, Apple has tried to increase the scale on both sides of the scale. Finally, relying on the deep technical reserves and flexible adjustment ability, Apple has crossed the peak, walked out of the trough, completed the business transformation and found a new way out.

Four years later, the iPhone se seems to be the same formula four years ago, but the business logic behind it has changed. In the dynamic process of continuous game between enterprises and market, Apple has gone through a cycle.

Related news
An Apple I operating manual worth eight iPhone XS Max
The iPhone 12 keynote has been recorded in Apple park
Apple watch series 6 and apple watch se out of the box (video)
Hot news this week
Monkey acne cases have ranked first in the world that the United States has announced the emergency state of public health
Credit card points rule intensive adjustment online transaction points more "valuable"
High reserves and low cost experts: calcium ion batteries replace lithium batteries to stand up to the daily
Alibaba executives interpret financial results: the focus of the consumer side is no longer to attract new, but to do a good job in stratified operation
Losses in a single quarter of $ 23.4 billion a record, SoftBank did not carry the plunge of technology stocks and the devaluation of the yen
The prevention and control of the American Monkey epidemic has failed. What should I pay attention to?
Sources say Samsung's Galaxy Z Fold4 is going up in price: a 512GB top unit will cost more than 13,000
Is the micro -business headache? WeChat friends are suspected to have a big move: 7 can only be posted a week
Kuaishou launched a self-developed cloud intelligent video processing chip: The chip has been streamed successfully
The new product of Xiaomi MIX is coming: both internal and external dual -screen has been upgraded to make up for the previous generation.
The most popular news this week
Wechat update 8.0.27 beta version: small program opening faster
Zte launches 5G smart helmet: Support voice control, gas detection and other functions
Meizu application Flyme Auto trademark: flyme is really going to get on the car
Do you get enough sleep every day? Girls get the worst of it: Put down your phone
Baidu account online rename function: those unbearable network names can finally be replaced
The outstanding student secretary went behind the scenes and Gree successfully registered the trademark of "Pearl Feather Child"
Ali's largest shareholder sells 34.5 billion US dollars: completely losing the board seat
Meizu Pandaer Great: All products are reduced by 200 and 30 -containing mobile phone cases, heat dissipation back clamps
Domestic brands killed 5999 yuan folding screen phones this year bucked the trend: up 73%
Xiaomi House clerk was exposed to the official response of customers' mobile phone consumption