The reporter learned from the National Astronomical Observatory of the Chinese Academy of sciences today that the 500m aperture spherical radio telescope (fast), known as the "eye of the Chinese sky", officially launched the search for extraterrestrial civilization, looking for signals of high intelligent life from the depths of the universe. Extraterrestrial civilization search is one of the five scientific goals of fast telescope. 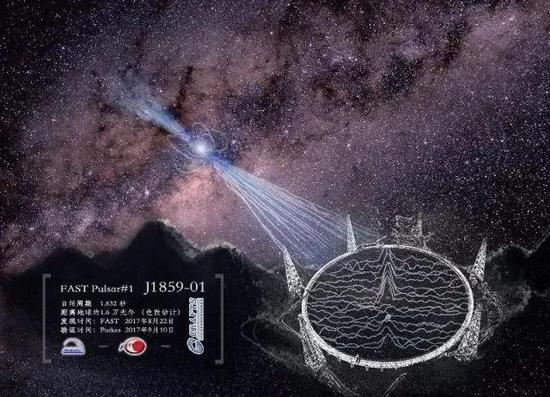 After the completion of "China sky eye", some people said that if the earth receives the signals from the aliens in the next decade or two, it must be thanks to fast, the world's largest single aperture and most sensitive radio telescope.

In September 2018, researchers from the National Astronomical Observatory of the Chinese Academy of Sciences, the University of California, Berkeley and Beijing Normal University conducted installation tests on the high-resolution extraterrestrial civilization search backend at the fast site. In July 2019, the researchers analyzed and processed the drift scanning data, realized the frequency resolution of 4 Hz, successfully removed most of the RF interference, and screened out multiple groups of narrow-band candidate signals.

Related news
"China's heavenly eye" opens the search for extraterrestrial civilization
Semicon China: Huawei and Exxon bring semiconductor intelligent quality inspection and measurement solutions
Def con China restarts Baidu security to hold the world's first all VR geek conference with def con
China hard disk mine disaster, experts say hard disk prices will continue to rise
Glory high-tech products help team China's national team set out to show China's business card to the world
Popular Hot Pot Restaurant Brand Haidilao to Shut Down 300 Restaurants in China
China Removes Covid-19 Risk Indicator from Travel Record, Further Easing Restrictions
China’s First Desktop Operating System Developer Platform openKylin Launched
Telecom Operators Essential for the Metaverse:China Mobile Chairman
Hot news this week
China has found 35 known cases of the new zoonotic virus Langya
Losses in a single quarter of $ 23.4 billion a record, SoftBank did not carry the plunge of technology stocks and the devaluation of the yen
The prevention and control of the American Monkey epidemic has failed. What should I pay attention to?
Kuaishou launched a self-developed cloud intelligent video processing chip: The chip has been streamed successfully
The new product of Xiaomi MIX is coming: both internal and external dual -screen has been upgraded to make up for the previous generation.
Ministry of Public Security: Single telecommunications network fraud continues to cause 40 % of all electrical fraud cases
A new zoonotic virus, Langya, found in China has not yet been confirmed to be transmitted from person to person
A tech company in Shanghai has been fined 220,000 yuan for swiping orders to improve its ranking on Yelp
Special price "kill ripe"? Bike-sharing platforms have different prices for the same package for different users
Alibaba: Shareholders SoftBank will settle in advance for advanced payment in advance involving a maximum of about 242 million ADR
The most popular news this week
Google Fiber's home has been silent for many years and continues to expand after many years
Gurman: Apple is going to expand advertising into the new iPhone/iPad area
Studies have shown that the attacks by the game company have doubled in the past year
Apple's new iPad does not support 3.5mm headphone hole, Baidu map big update, anchor adopted two protected plants were checked, Rui Dragon 7000 series price stolen, these are the o...
A proposed ban on Internet addiction in California has failed
Industrial star attraction strategy to cope with the American semiconductor strangulation strategy
"Mother of the Chip" suffers! The United States blocked EDA to China: not so simple
8K Super Clear screen records Lingyue of China Space Station! Only 0.72 seconds
Sell to Tencent less than a year Sogou by the big purge: three major businesses are gone
After being suppressed by the United States, why did Ren Zhengfei thank you?