On the evening of April 30, DxOMark Chinese official wechat announced the photo results of a new mobile phone. Tomorrow, it will announce the photo scores of Samsung Galaxy Z flip mobile phone. This is a 4.4-inch folding screen mobile phone, which costs 11999 yuan in China. I don't know how many dxos can be ranked by its 12 million pixel dual camera. 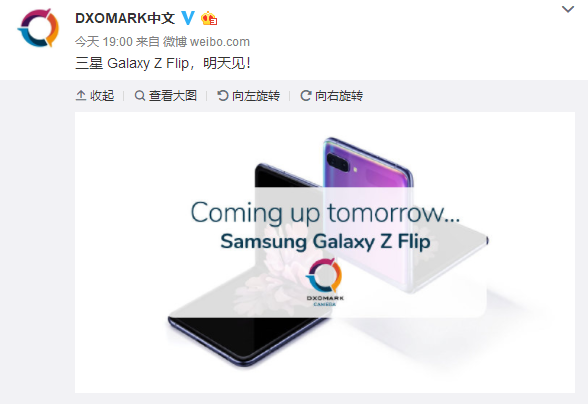 A new folding smartphone, samsung's second folding-screen phone, was released in february Galaxy Z Flip the biggest difference from the previous one. Samsung Galaxy Z Flip uses up and down folding, the size of the previous 4.4-inch flip phone, the back is 1.1-inch side screen, folding is 6.7-inch full screen, screen ratio of 21.9:9, resolution 2636

The 12 megapixel dual camera should not be cheap in the current flagship camera with wide-angle, zoom, three or even four or five cameras,Before that, the galaxy S20 ultra with 100 million pixels only scored 122 points, fifth, tied to the glory V30 pro. 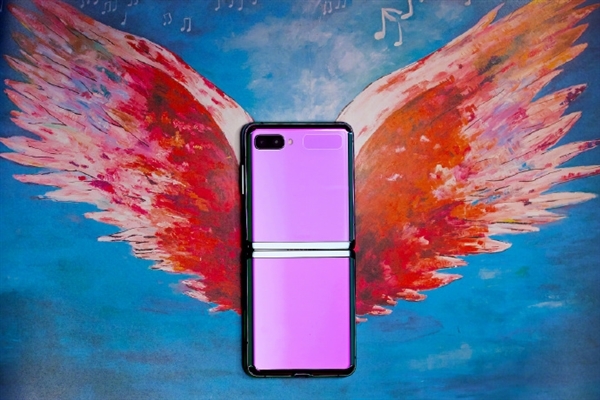