Speaking of the hot topic in the automotive industry recently, there is no better than the price adjustment of Tesla Model 3. In the country, new energy vehicles will enjoy promotion subsidies, and the price before the subsidies should be less than 300000 yuan. In response to the new regulations, Tesla lowered the price of domestic model 3 after subsidy to271.55 million yuan.A lot of old car owners spoke about this,Tesla has cut prices again and again, and old car owners have been treated as leeks.

And from the perspective of the price of the domestic version of model 3 is more than 20% lower than that of the imported version, in the future, With the increase in the proportion of domestic parts supply, the price of Tesla will be further explored, and it is expected to reach less than 400,000 yuan.

Musk said,The goal of model y is to build an SUV that everyone can afford, Earlier Model 3 was to build affordable home cars.

Power and endurance,Model y wltp with long endurance is 505km in working condition, 480km in high performance version and 3.7s in 100km acceleration time.In terms of power and body size, model y can be regarded as model 3 of SUV.

Besides, recent media reports, tesla and Ningde era in the battery has also started cooperation, domestic Model Y will use Ningde era battery, as one of the most expensive parts of electric vehicles, battery localization, it is expected to drive the car price further down. 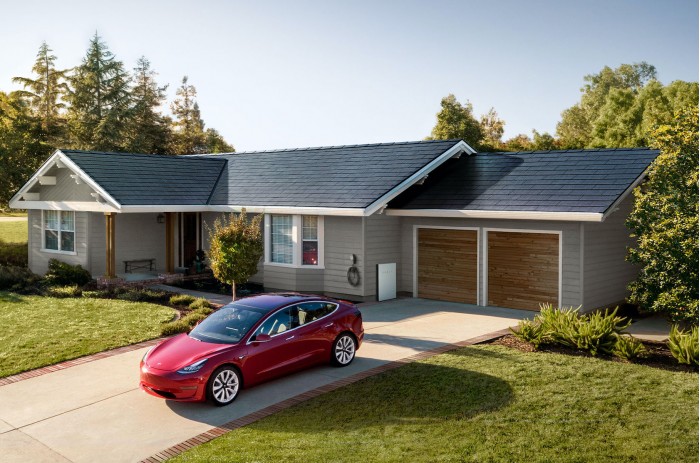 Related news
Tesla Model y will be made in China next year! The price should be affordable
Tesla Model Y's domestic sales price is expected to be less than 400000 yuan next year
Tesla domestic model y completes the application of MIIT
Tesla domestic model y completes the application of ternary lithium ion battery by MIIT
Domestic Tesla Model y appears in MIIT
Domestic Tesla Model y officially landed in China electric vehicle market competition intensified
Tesla Model y drops 160000, too powerful! Weilai forum has been occupied
Tesla Model y has to wait for a quarter to pick up the car after the price reduction, and the analysis says that there is a high probability that the price will be reduced
Tesla Model Y's Spring Festival sales are too hot! I'll have to wait three months to pick up the car
The output of Shanghai Tesla Model y exceeds model 3! The selling price in Europe is close to twice that in China
Hot news this week
The developer of the dating app Tinder has reached an agreement with Google over billing rules for its app store
Still did it! Canada has banned Huawei and ZTE from participating in the country's 5G network on "national security" grounds
Red Elf Lightning erupts in the Himalayas Spectacular Spectacle: Experts Reveal What Exactly Is This?
Shipments in the first quarter fell 11%, exposed Xiaomi, OPPO, Vivo cut orders 20%, Apple bucked the trend to increase production
The founder of the Internet Quick Hand Su Hua was taken away for investigation, and the fast hand responded: the news was not true
Wang Xiang, president of Xiaomi, explained that a shortage of low-end chips is a major challenge in overseas markets
Or for Studio Display Pro, the release of Apple's 27-inch Mini LED-backlit Display has been delayed by October
Tencent Q1: The business service business has "slightly decreased" year -on -year, and resource centralized video cloud and network security | View financial report
One picture to understand! Blue Factory has issued 3 new machines in a row: self-developed chip blessing, the narrowest lower border
Sony released the active noise-canceling headphones WH-1000XM5, equipped with 2 chips and 8 microphones
The most popular news this week
Audi advertising poster photos only sell for 8 yuan? Photographers question the unreasonable use of the photo purchase
Twitter spent $150 million to settle privacy and security lawsuits with the U.S. government
Hong Kong Hang Seng Index Opens 0.5% Baidu Hong Kong Stocks Open More Than 2%
Amazon's new CEO participated in a shareholders' meeting for the first time: to restore normal profit, ready to cut off the excess warehouse
Baidu, Shunwei and Fosun are shareholders, and pharmaceutical Internet "unicorn" pharmacists help hand over the watch to the Hong Kong Stock Exchange
Google CEO Pichai: Recession fears intensify The cycle volatility in the tech industry is even more intense
Amazon CEO first appeared at the shareholders' meeting: to restore normal profit
Sony claims that the full recovery of membership upgrade fees is a technical error
Taobao 618 will be launched in the Yuan universe shopping: three -dimensional "shopping Taobao"
Yuncong will be listed on the Science and Technology Innovation Board on May 27 at 15.37 yuan per share