Apple watch is five years old. There is still a lot of room for your imagination

Make complaints about the "vase" and "function". This smart watch has changed the lives of many people in a more restrained way.

Five years ago, the birth of Apple watch was accompanied by many "controversies".

Five years later, apple watch will become a smart watch that can help you record your exercise, monitor your health, stay connected, and watch your time. It is also the world's highest selling watch, with sales exceeding that of the Swiss watchmaking industry and accelerating.

The product has taken a "detour"

In Apple's history after Jobs's return, apple watch was a rare product that had been expected before it was released. Because in all kinds of science fiction works in the past decades, there have been a lot of imagination about smart watches. All kinds of "communication devices on hand" are the ultimate embodiment of miniaturized computers that people can imagine.

In 2007, Apple released the iPhone, in which the highly integrated motherboard and low-power mobile chip opened the era of miniaturization and mobility of computers, providing more imagination space for "smart watches". For the next few years, Apple was rumored to be working on a smart watch that was supposed to be named "Iwatch.".

The release of a new series of iPhone 6 in the fall of 2014 excited Cook to announce that today's event ended with "One more thing ." 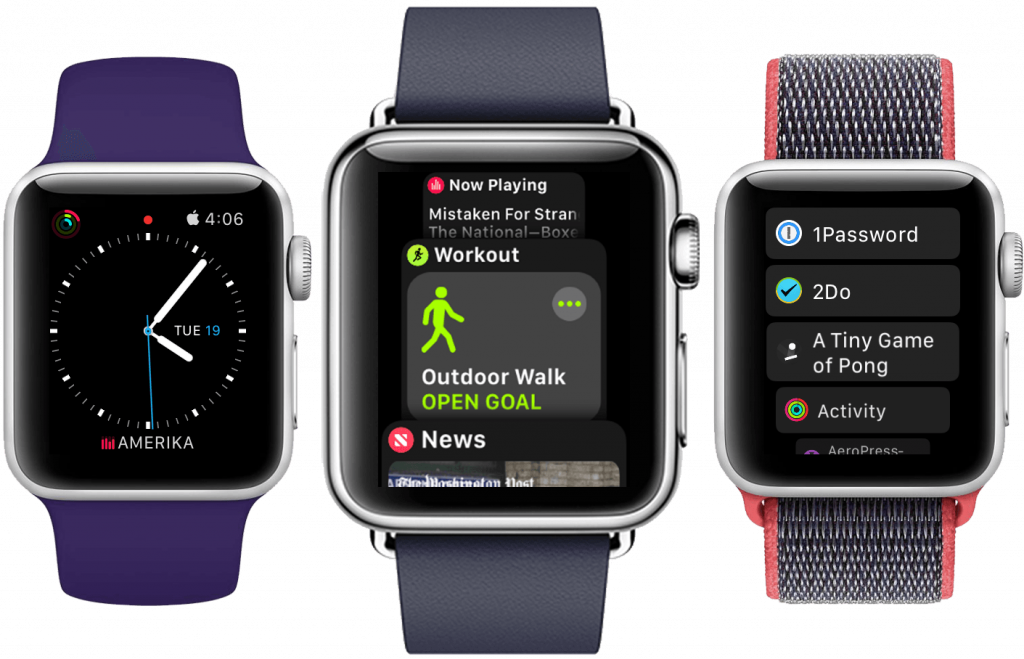 The hardware of the early apple watch was personally operated by Jony ive, then Apple's chief design officer. This is the first time that Apple has used several different materials for a product with constant functions. The aluminum, stainless steel and gold case materials show three different hardware textures. Of course, there is a huge gap in price. Ive also spent a long time introducing various watch bands with exquisite design in the product video. Until now, Jony ive has left apple, and the industrial design ideas of Apple watch have not changed much.

In software, apple watch found three very clear footholds at the beginning of its birth: communication, health and sports. As a computing device that you wear on your wrist every day, apple watch hopes to make up for the iPhone's lack of product features through a more "close" distance.

Even if the direction has been determined for a long time, the early apple watch still took some "detours" in its products.

The early gold watch, which sold for more than 100000 yuan, caused a lot of criticism. It did not differ from the aluminum watch in function, but opened a price difference of dozens of times, and such a "luxury" quickly became obsolete with the product iteration. In terms of software functions, Apple's early emphasis on "drawing" and "sending heartbeat to friends" functions were quickly integrated into IMessage. 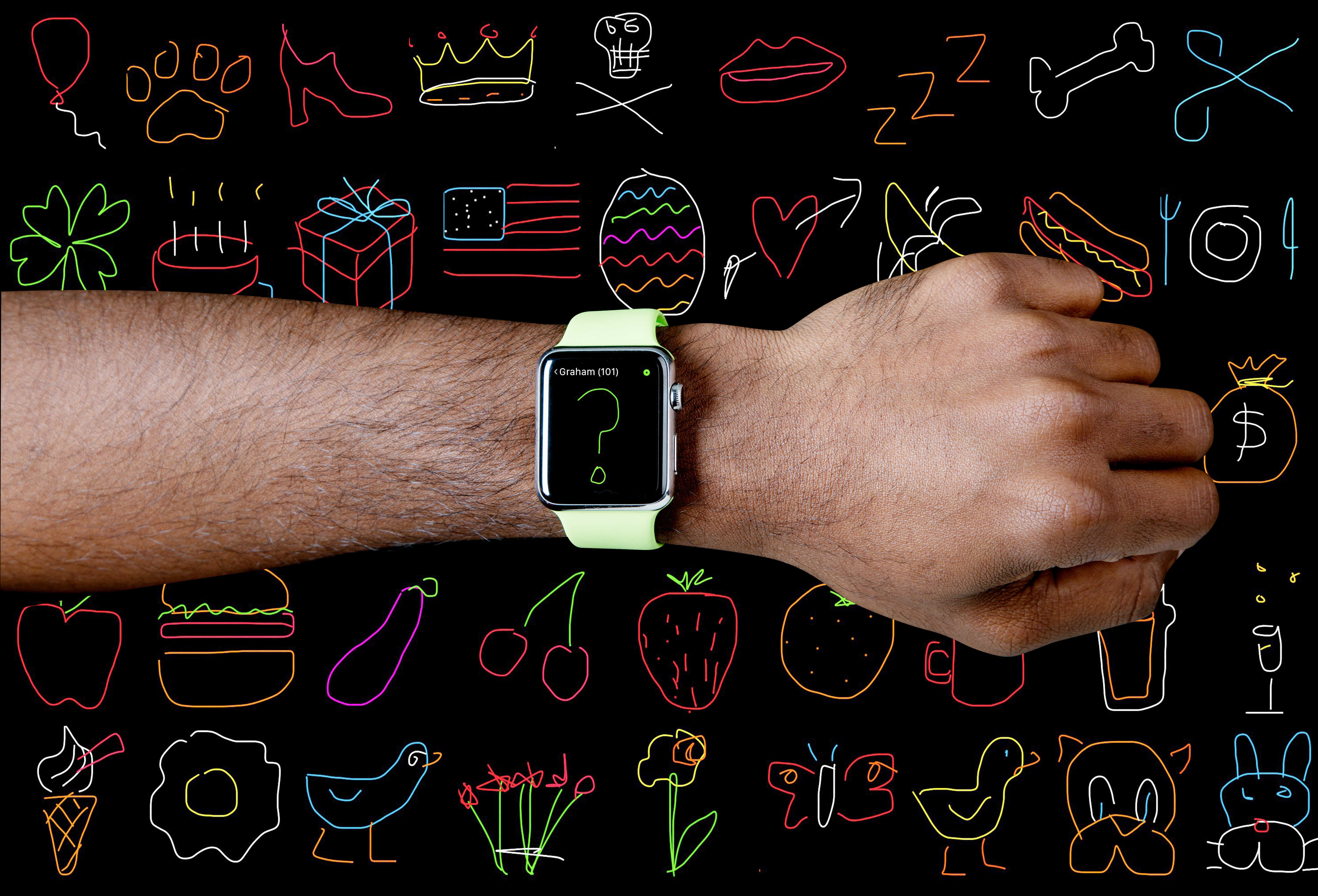 Apple seems to want to replicate the success of the iPhone on the apple watch, providing apps such as maps and albums for the apple watch, as well as creating a special watchos system. But Apple watch is not an iPhone after all. Its screen is too small for users to interact with for a long time. Some of the early features focused on promotion were not as attractive as the early iPhones.

After the official launch in April 2015, apple watch fell into a short period of "Silence". Compared with the iPad that exploded the market once it was released, the early response of Apple watch was not particularly enthusiastic, nor was its sales performance outstanding.

In June 2016, the first generation of Apple watch was released for two years. After a year and a half of sales, apple finally released the new Apple watch series 2, adding GPS function and stronger 50m waterproof performance to the watch. Both of these new features are enhancements to the "Sports" scene. Users can swim with their watches, and they don't need to take their iPhones with them when running outdoors.

Another year, series 3 came out, and apple added LTE cellular network support to Apple watch for the first time. Users can also make phone calls, text messages, listen to music on the 4G network and forward push notifications on mobile phones to mobile phones through the Internet when they go out with only a watch. Apple watch takes a big step forward in its "Communications" capabilities.

In 2018, apple watch series 4 arrived on schedule. For three consecutive years, apple watch has a steady pace of updating, and is released with the new iPhone every year. Series 4 brings new industrial design, a larger "full screen" and ECG function to measure ECG. The functions related to "health" are becoming more and more perfect.

Since the fourth generation of products, the ECG function of ECG has been added, and the functions of Apple watch related to "health" have been increasingly improved

In the past three years, Apple has also carried out a series of upgrades to the processor chip and Bluetooth communication chip of Apple watch to enhance performance and reduce power consumption. It also introduced airpods that can be used with apple watch. The use of this watch began from the initial blur, a little bit clearer.

Apple watch is a product with a strong "passive" attribute. With it, you don't want to "play" it like you do with a smartphone. But it can significantly enhance the experience of your smart device. You can get all kinds of information from the dial faster, have better control over your exercise and health, and even it can help you unlock the MAC more easily.

With the iteration of Apple watch hardware and the gradual improvement of product functions, its acceptance in the market is getting higher and higher, and its sales volume is also growing rapidly. Although Apple has never published the exact sales volume of Apple watch, according to the report of strategy analytics, a market research company, from 2017 to 2018, the sales volume of Apple watch increased from 17.7 million to 22.5 million, accounting for half of the whole smart watch market, becoming the "highest sales watch", and the market scale has been larger than the whole Swiss watch industry.

In 2019, research institutions under UBS said that Apple watch business was growing at a rate of 40%, with more than 30 million watches sold throughout the year. This has also been verified in Apple's financial statements. Since 2017, the "wearable device business", mainly composed of Apple watch and airpods, has maintained a high-speed growth of more than 30% of sales in almost every quarter compared with the same period last year. In the fourth quarter of 2019, it achieved a 54% sales growth, which strongly boosted the performance of apple as a whole.

The next five years are still to be expected

In the autumn of 2019, Apple launched the apple watch series 5 as promised. The new screen technology enables the watch to keep the screen "on" and display the basic dial information all the time, instead of turning on only when the hands are raised as before. The watch is still evolving.

Five years, around the Apple Watch of the various voices of doubt, began to become a variety of user thanks. Some have developed the habit of exercise under its supervision and gained a stronger body, others have detected signs of illness in advance because of its health monitoring, and others have used it to send out distress signals to the outside world in case of an accident 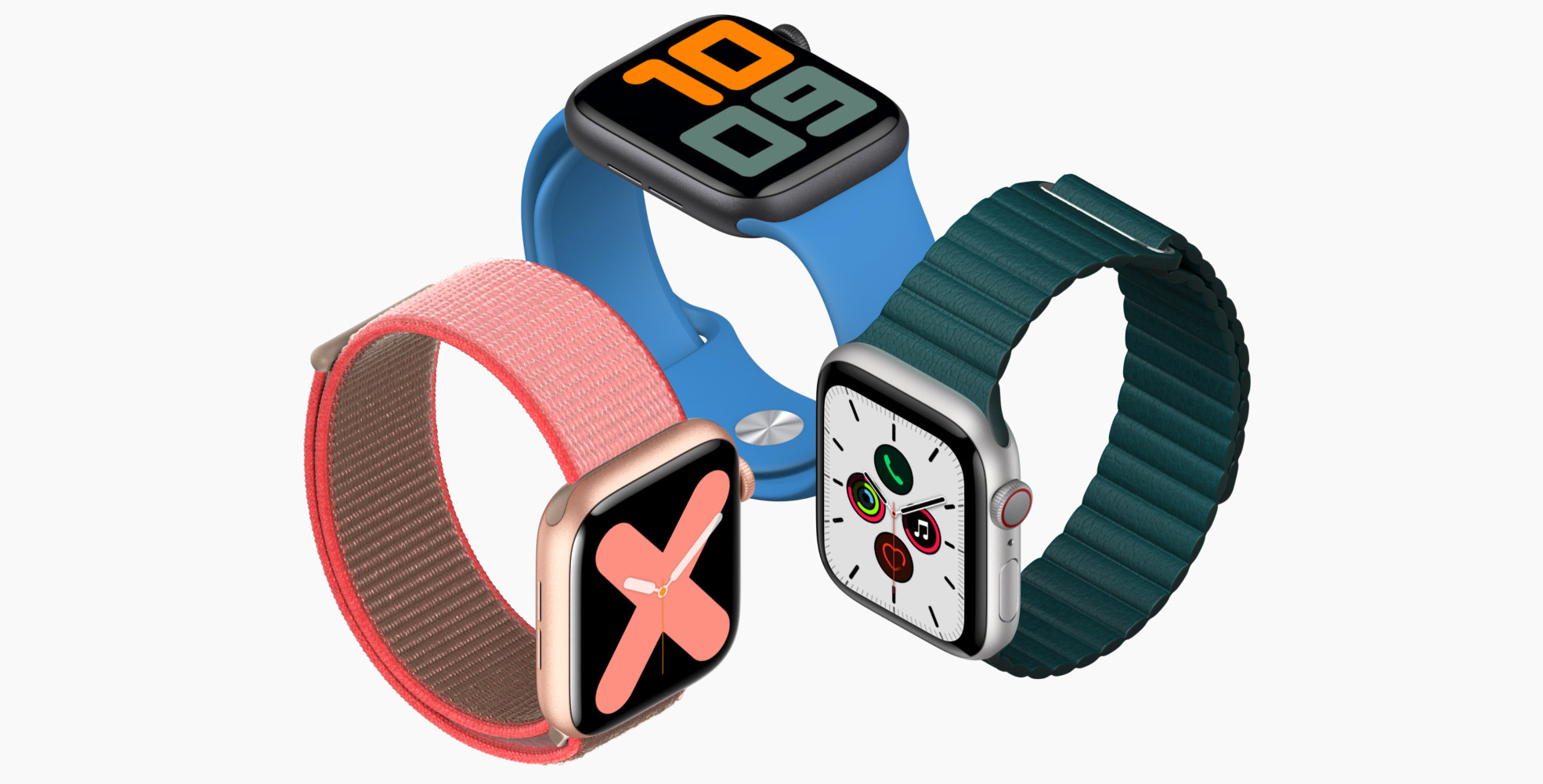 Looking back at the five-year history of Apple watch, it is the first Apple product designed by apple after its rise in the 21st century without the supervision of jobs. The world is asking whether Apple in the post jobs era can maintain the magic of product design and manufacturing. Under such pressure, apple watch from a relatively low starting point, through continuous adjustment and improvement, finally achieved revolutionary change and great success. It proves that apple still has a keen sense of product smell, and the internal organizational structure is enough to make good products and good design inspiration shine.

In the era of mobile Internet, we often discuss the negative impact of technology on real life. While we are immersed in the virtual world, smart phones are also eating our attention and affecting our physical fitness. And that's what Apple watch is trying to solve. At first, many people thought it was not fun and useful enough. Five years later, it changed many people's lives in a more restrained way.

And that's just what Apple watch has done in five years. It's changing the world faster and faster.

Related news
Apple Watch has been on the market for four years. Do you own it?
Apple has reached a new licensing agreement with imaging: self research GPU or frustration
Apple watch is five years old. There is still a lot of room for your imagination
Apple's next bet? Apple watch users will reach 100 million
What has Apple watch changed me?
5 reasons not to buy the Apple Watch Series 7
Hot news this week
Lu Jian, president of linkedin China, responded to rumors of the "closure of linkedin China" by saying that the company will increase its investment in China even if it does not reduce it
Samsung Motor announces end to flexible printed circuit board RFPCB business Without affecting iPhone production
I can't play! The official solution to the bug in Chinese Paladin vii was provided
The video asked Net-a-Lago to apologize
On New Year's Eve, a trio on a business trip will celebrate the lunar New Year in space: a first for the Chinese
The United States exposes the higher civilization of the universe: human beings are inferior to good ones
Rolls-Royce China SAO operation caused dissatisfaction wang Sicong message not to buy: official apology
Bytes beat 9 billion yuan to acquire VR companies, then invest the chip, or to accelerate the layout "Yuan Universe"
Xiaomi intelligent clean ecological chain enterprises to pursue technology to complete 3.6 billion yuan C round financing
Xiaomi appointed Li Xiao Shuang as a vice president of Xiaomi Motor, CFO Lin Shiwei, and the CEO of Stars
The most popular news this week
Tesla Q3 earnings reading: Record net profit on revenue Pressure on new Chinese cars is coming
Microsoft CEO NADELLA is most concerned about three things: ubiquitous computing, AI big model and virtual online
Nearly 80% of teenagers in Taiwan think cyber bullying is a serious problem, according to a survey
What opportunities and challenges brought to the financial industry?
Jia Yueting is paying back the money again! Faraday's future former employees in China receive a pay rise
The storage chip faucet is 119 times the first three seasons, the chairman reporter is born, "cattle scattered" did not lose the position.
The liabilities are still 95 billion Jue Ting pays, and FF China's front employee will collect salary and consistent with the in-service.
Wechat iOS version 8.0.16 release: Voice call interface will display the other party's circle of friends only after clicking
Interbrand world has a top 100: Apple, Amazon, Microsoft, Google, Samsung
Facebook is changing its name next week: But Mark Zuckerberg hasn't decided yet