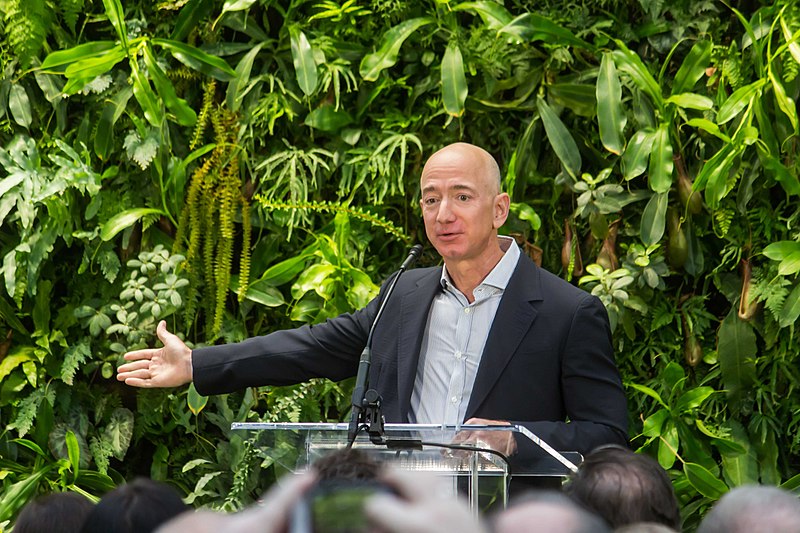 On Friday, Amazon's share price fell by 8%, and Bezos's net assets shrank by $10.6 billion, erasing the two-week rise in Amazon's stock, which set a record high in the context of the surge in consumer demand caused by the epidemic. The company's second quarter profit forecast now includes the possibility of a net loss, which it has never had since 2015.

Bezos's ex-wife, Mackenzie Bezos (MacKenzie Bezos), was also hit hard. On Friday, her net worth fell by $3.7 billion, the second-highest number of billionaires that day, and she is now worth $44.8 billion.

elon musk (Elon Musk), co-founder of tesla, was also not spared, but its losses could have been caused by itself. "In my opinion, Tesla's share price seems too high ," Musk said in a previous tweet. In the next few minutes, tesla shares fell 10% and mr musk's net worth evaporated by $2.8 billion. At the same time, Musk continued to stir up a storm on Twitter, leading many to question his mental health.

Beyond technology, well-known investor Warren Buffett (Warren Buffett) lost $2 billion in net assets on Friday, its fourth-biggest drop on the day; his wealth was almost entirely tied to Berkshire Hathaway's stock, which fell 3% on Friday in line with the market. Unlike tech tycoons, their shares have returned to pre-emergency levels, while berkshire hathaway's shares have been languishing during the epidemic, as many of the companies it invests in are cutting jobs, closing retail stores and even stopping operations. Berkshire's shares fell more than 20% from their late-February high.

Friday's fifth-biggest loser was Oracle founder and chairman Larry Ellison (Larry Ellison), whose wealth fell by $1.5 billion as Oracle's shares fell. Ellison now has a net worth of $65.1 billion. By Friday, he had earned almost all the damage from the new coronavirus epidemic.