A few days ago, Tiger Tooth and Huawei signed a strategic cooperation agreement, established a comprehensive and deep cooperation between the two sides, and will be established

and the reason why the two companies cooperate is aimed at 5 G Cloud X live broadcast new business scene market. Both sides work together to innovate constantly in the field of interaction, bring countless possibilities, and strive to study AI, strive to bring a comprehensive upgrade to live content.

The news that tiger tooth became the governing unit of 5 G cloud game industry alliance (5 GCGA) not long ago can be seen that as the first share of live broadcast of domestic games, tiger tooth is cooperating with the upstream and downstream enterprises of the industrial chain, such as communication field, game field, to explore the concrete application of frontier technology such as 5 G and AI in the live broadcast industry. 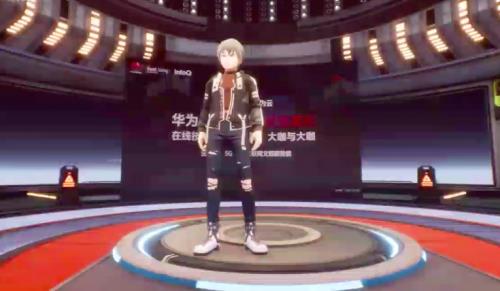 5G the arrival of the commercial era, will bring huge new content form opportunities for the game, live broadcast and other industries. Tiger teeth CTO Lai Ligao believes :5 G the real meaning is not to make everything higher code rate, better picture quality, but it brings the underlying changes, such as ultra-low delay to bring real-time interaction, live experience from passive reception of information, into a fully interactive process, which can make live content new value.

Traditional mobile live broadcast in content processing rely on the terminal itself to calculate, as beauty, Lianmai and business interaction has become the standard of each live broadcast, limited by the hardware capacity for a long time no new breakthrough direction.

Tiger teeth expect to break the physical limitations, the traditional sense of the end, to the end of the edge of the more powerful virtual terminal capacity expansion, to create a new end-side cloud content production form, while improving the quality of content at the same time lower production threshold. To this end, Tiger teeth in this strategic cooperation, based on 5 G、 edge computing and Huawei chip depth cooperation. From the aspects of chip design, frame research and development, algorithm optimization and so on, we will improve the efficiency of the algorithm, reduce the cost of computing power, and build the ability of the whole stack AI technology customization under the live broadcast scene, so as to provide a non-differentiated AI computing power guarantee for the new content production form of tiger tooth edge cloud.

This strategic cooperation between Tiger Tooth and Huawei enables Tiger Tooth to combine the advantages of Huawei hardware and chips, to carry out a wide layout in the new network architecture and the combination of software and hardware, and to take the lead in exploring new content production patterns and bringing greater value and more possibilities to live broadcast in the first five G of commercial years.

5G brings more than a leap in the speed of the Internet. The five G will provide bandwidth of more than 10 Gbps in a new network architecture, with user experience rates stable at 1-2 Gbps., according to the White Paper on Economic and Social Impact released by the China Institute of Information and Communications 5G network speed is at least 10 times G 4 peak rate.

5G is the technological advance of a basic human method of communication, and it has no political element of any imagination. China has developed from 2 G、3G、4G、5G all the way, in the Internet, mobile Internet industry has benefited a lot, the whole life efficiency, production efficiency are greatly improved.

Entertainment industry used more, artists concert, such as this year's Lu Han concert, by the true pot magnanimous knife, will be applied to holographic projection technology. Used it before the Spring Festival Gala.

Some museums, in order to better explain the history and history of Tibet, use holographic projection technology to explain the dynamic picture on the live, let people see at a glance.

Now, mobile Internet is changing our entertainment mode with unprecedented situation, and this micro-American holographic (WIMI.US) AR live broadcast system, by adding AR technology to the live broadcast as a new interactive medium, a good solution to the scene, interactive problem.

Stereo display, holographic imaging and other cool technology is more and more favored by the industry, the traditional display techniques have caused paralyzing aesthetic fatigue to the audience, more enterprises hope to display their products through more advanced high-tech means, attract the attention of customers, and enhance their market share.

The AR live broadcast advantage of Micro-American Holography (WIMI.US) is obvious, it can simulate any scene and show the use of the product in different real environment; it can show more complex products and let the audience understand the internal structure and product details more intuitively; it can break through the limitation of personnel, but also can lock the crowd to carry on the live broadcast accurately, the publicity effect is wider; the online interaction is stronger, guests and fans can interact during the live broadcast and screen their questions in real time; Real-time effect synthesis, the end of the live broadcast can get the complete set of video, no later editing, the first time for publicity.

Holographic live broadcast is a new way and development direction of display. Through holographic projection technology, visitors can not only see clear images, but also see three-dimensional and realistic images in all directions and from many angles. Combined with the original display mode, it fully presents the connotation and details of the live broadcast. the enthusiasm of the public to accept new things.

With the rapid development of short video live broadcast in China in recent years, it is difficult to achieve the effect of popularizing propaganda by using a single and boring presentation method before, and the public's appreciation mode and taste requirements are improving, and the influence of digital informatization is expanding. holographic AR live broadcast appeared, is undoubtedly for the live broadcast market brought new blood. With its strong interactive features, the live broadcast system is worthy of the name

In the history of human audiovisual technology, the pursuit of higher clarity has always been the fundamental law. Holographic images from the visual, auditory, tactile all-dimensional to let the audience feel