Former head of CDC: the United States is eager to unseal but not ready to protect its residents

At present, at least half of the states in the United States have entered the first phase of the understanding seal, but an expert in the United States said that the United States has not done enough to protect residents from the coronavirus infection."In order to revive the economy, we need to do everything we can to ensure that there are enough measures for every American to protect their own, family, and community health ," said Richard Bessel, former head of the Centers for Disease Control and Prevention. But that is not the case. 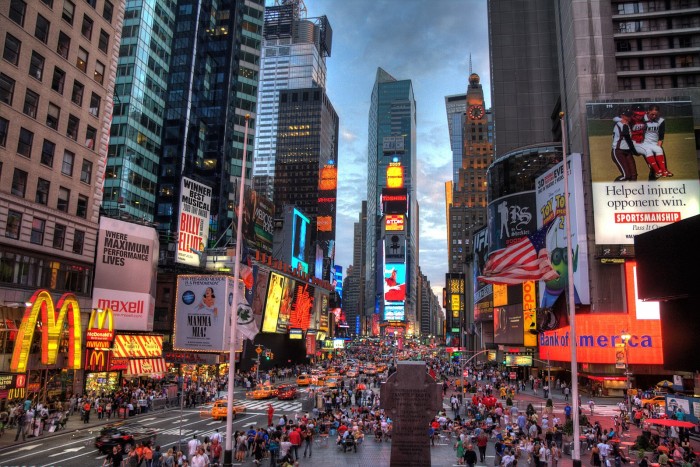 After weeks of blockade, many state governors began to allow residents to return to normal living conditions. But the death toll novel coronavirus pneumonia is rising in the United States, and public health experts warn that lifting the blockade could kill thousands.

Bessel said: "novel coronavirus pneumonia is not fully detected. We still lack hundreds of thousands of close contacts, and even if we find infected or close contacts, we don't have a safe place to isolate them. "

by may 10, at least 43 states will be completely or partially unsealed. California Governor Gavin Newson, the first to issue a home ban and swear to comply with science, announced this week that some retail stores, including flower shops and bookstores, could reopen on Friday.

"We're not going back to normal, we' re going back to a new state, through adaptation and active adjustment, until we get immunity or the vaccine comes out ," Newson said. For the first time since the outbreak, weekly coronavirus deaths in the state have fallen, according to state health data. The number of deaths in the week ending 3 May was 505, down slightly from 527 in the previous week.

Mississippi Governor Tate Reeves announced Monday that outdoor gatherings of up to 20 people will be allowed from this week and restaurant ordering will resume.

In Texas, the governor announced that the wedding venue could be reopened. Weddings and banquets must be held indoors, but attendance should not exceed 25%. The governor's office said there were no restrictions on outdoor weddings. From May 8, the state's hair salons, manicure salons, sunbathing salons and swimming pools will also be reopened, provided certain guidelines are followed.

Related news
CDC still recommends no masks U.S. netizens are a little heartbroken
Microsoft helps CDC in the United States to build a self detection service for coronavirus
White House urged CDC to change its prevention manual to encourage Americans to wear masks (photo)
Former head of CDC: the United States is eager to unseal but not ready to protect its residents
@666 Join illuminati Kingdom in United Kingdom +27839387284
Strong Money Spells in United States (USA) | spiritual rats
here.@ ***
CDC explains why nursing homes will remain closed after the elderly are vaccinated
US CDC warns new E.coli epidemic is causing serious diseases
Hot news this week
Meet the opportunity of the times: the omni channel era of mobile communication in the eyes of practitioners
Can new crown vaccination affect sperm? The scientists concluded that there was no substantial effect
Three major operators will delist from the United States: the United States seriously undermines normal market rules and order
Qualcomm Mengpu: Qualcomm has always been the role of technology empowerer, enabling various industries with 5g and AI
Do you have to pay taxes for the high popularity rate? Chinese electric vehicle companies vie to enter Norwegian Market
It is said that India has not approved the import of WiFi modules from China, and many companies have delayed the launch of new products
It's an "irreversible" three pole battle of automatic driving, with Dajiang's entry, Huawei's attack and Baidu's insistence
The brand strategy of Jingdong life service of consumer Expo has been continuously completed, and the three kilometer life service circle category has been further expanded
2021 survey report on employment of rural women in China: more and more rural women are employed at home, and 60% of the respondents say they will wear light make-up when they go out
Nintendo, the most powerful legal department in the East: ask the mobile game company to compensate 9.6 billion yen
The most popular news this week
AMD and "ex girlfriend" lattice core decoupling: in the future, we can choose any manufacturer to process chips
After sales processing time shortened from 3 days to 3 hours, Alibaba creates "mobile workbench" for businesses
799 yuan! Pre sale of Xiaomi noise reduction headset Pro: support 40dB active noise reduction
What's the situation of the first batch of factory e-commerce people going to the sea now
Ali Zhang Yong responds to the administrative punishment of the State Administration of market supervision: sincerely accept and resolutely obey
Win10 push the latest system upgrade! Solve the problem of high CPU utilization rate of multitasking
Jingdong Logistics has 260000 employees, with an average monthly expenditure of nearly 9000 yuan
Refuse to light up card: AMD Navi 24 small core also has 1024 stream processors
The host of the game peed in the hot water bottle of the hotel and threatened to give the next guest a drink
Indian doctors warn that cow dung treatment is ineffective: it could also complicate the epidemic