Nowadays, vlog has become one of the most popular new social ways for young people. Compared with the traditional words, the daily life recorded by video has been unprecedentedly improved in terms of both the observability and the amount of information transmitted. The newly launched Huawei nova7 Pro is exactly the vlog shooting artifact highly recommended by numerous vloggers. It's no wonder that it reached the top of the sales volume of JD's 3500-4500 mobile phone segment on the same day of sales. 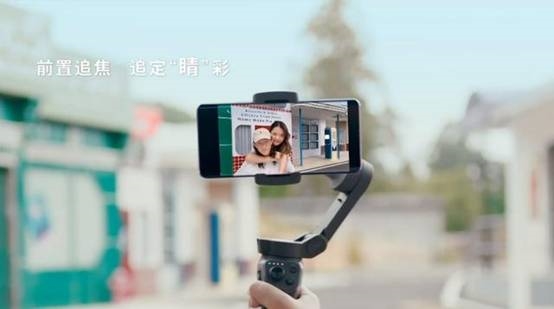 First of all, in terms of hardware, the camera function of mobile phone has always been one of the most important functions. And taking pictures is what Huaweinova7 series is good at. Huaweinova7Pro phone is equipped with 32 million pixels 8 million pixels wide-angle pre-focus dual-shot, can focus automatically, at the same time after 64 million pixels periscope four-shot, not only can take selfies, shoot people, but also before and after the double-view video this unique skill.

As a fashionable self filming video flagship mobile phone for young people in 5g era, Huawei nova7 pro's front lens lineup is luxurious. The main camera adopts the industry-leading 32 million auto focus lens, which can not only make up for the front lens at about 20cm, record the details of the face clearly and fully, but also take a full body picture at a distance of more than 1.5m. Auto focus lens can not only focus on the face, but also focus on the eyes accurately. No matter where you are in the picture, you can always keep the accurate focus with your eyes as the core. 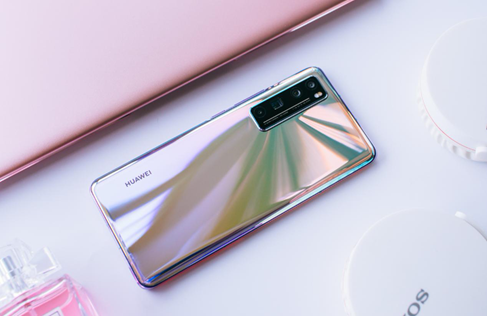 In daily life, when shooting happy scenes with family and pets with mobile phones, it is found that the photographer will never be able to enter the camera. In this regard, Huawei's nova7 system innovatively adds the function of front and rear dual view video recording, which combines front and rear lens to support the output of dual record 1080p high-definition picture. Double sided recording, fun in pairs, make the warm picture of love and loved in the same frame easy to record.

In addition to the powerful video shooting ability, for young people today, the face value of mobile phone is also the focus. Huawei nova7 specially designed a new 7 color matching, which integrates light, shadow and color, so that fashion loving young people can show their personality. The configuration also carries Kirin 985 5g SOC, which makes young users feel the unprecedented sound experience. All of these improvements are in line with young people's machine use habits, and are also the most intuitive embodiment of Huawei Nova series to understand young people better.

Generally speaking, the performance of Huaweinova7 series is very eye-catching, both in the face and performance of mobile phones. Such a mobile phone is both young and fashionable, and has even been called the most suitable for vlog by many vlogger. Huaweinova7Pro 8 about the price 128GB version $3699,8 256GB version of 4099 yuan is also quite cost-effective, interested in young people do not hesitate to start to share life!

In addition, the May 1st Jingdong Yuanqi welfare season is still going on. 5g life starts from Jingdong and goes to Jingdong to see the trump card star machine # nova7 Series #Help you to have a good holiday!

Related news
Huawei's nova7 Pro is the first to be sold into a popular model, and the front and back dual view video makes you an easy video Blogger
Huawei's nova7 pro with 32 million front focus dual camera selfie vlog
Unlock new ways of playing vlog, Huawei's popular nova7 PRO makes you focus everywhere
Huawei nova7 Pro users are right to buy it!
Huawei nova7 Pro joins hands with luotianyi to join hands
The unforgettable graduation ceremony brings you a wonderful focus for nova7 Pro
Familiar with these functions to make travel photography more exciting! Start with Huawei nova7 Pro
5g era best choice! Huawei nova7 Pro is full of sincerity
Where to buy lightweight high performance 5g mobile phone? 818 to buy Huawei nova7 Pro
818 machine is the most cost-effective! vlog artifact Huaweinova7Pro deliver trench salute
Hot news this week
Biden signed a chip and scientific bill, a video call of WeChat iOS internal test suspension window, the advanced CPU caused Win11 to be difficult to use, Huawei new machines enter...
How to regulate the "broken card" operation to crack down on electrical fraud to prevent "accidental injuries" with cards?
Musk's eyes! Lei Jun released a full -size humanoid robot Xiaomi self -developed strength explosion table
Japan has confirmed that China has overtaken the US for the first time in the world's top three indicators of scientific papers
iPad 10 will be absent from iPhone 14 conference: October appeared on Apple's last non -comprehensive tablet tablet!
The three major indexes of the US stocks opened sharply: ROBLOX fell more than 4%, Twitter and Tesla rose more than 3%
Kuaishou TOB business Yu Bing: Self -developed chips or mass production after the end of the year, the video must be turned into light industry
The global streaming media have increased the animation circuit is becoming a new "breakthrough" for Youaiteng
Meizu Pandaer Great: All products are reduced by 200 and 30 -containing mobile phone cases, heat dissipation back clamps
After selling Tesla for $6.9 billion, Musk said he was not selling it, but a survey said he was still selling it. The title of the world's richest man may not be guaranteed next ye...
The most popular news this week
The survey shows that nearly half of the US Android users consider changing Apple iPhone
New bottle of old wine! Industry insiders: No one has the best cost control than Apple
Amazon requires US regulators to withdraw votes: bypassing the company's harassment of Bezos to disturb operations
Pet dog infecting monkey acne suspected "Human Poor" American CDC Reform Control Guide
Space Launch System to Fly for First Time
Tencent's second-quarter net profit fell 56% from a year earlier to 18.6 billion yuan
Fabless customers cut back on chip orders affecting Q4 capacity utilization
Washington's suspicion of TIKTOK exacerbated: How will the Bayeon government weigh it?
Pinduoduo launched its cross-border e-commerce platform in the United States in September
Put an SSD in your phone: from 2,499 yuan