The new technology of AMD 7Nm, the new architecture of zen2, the Ruilong 4000U and the Ruilong 4000H series processors are playing a brilliant role in the consumption level light and thin books and game books. The products are more and more abundant, with extremely comfortable performance, endurance and price. 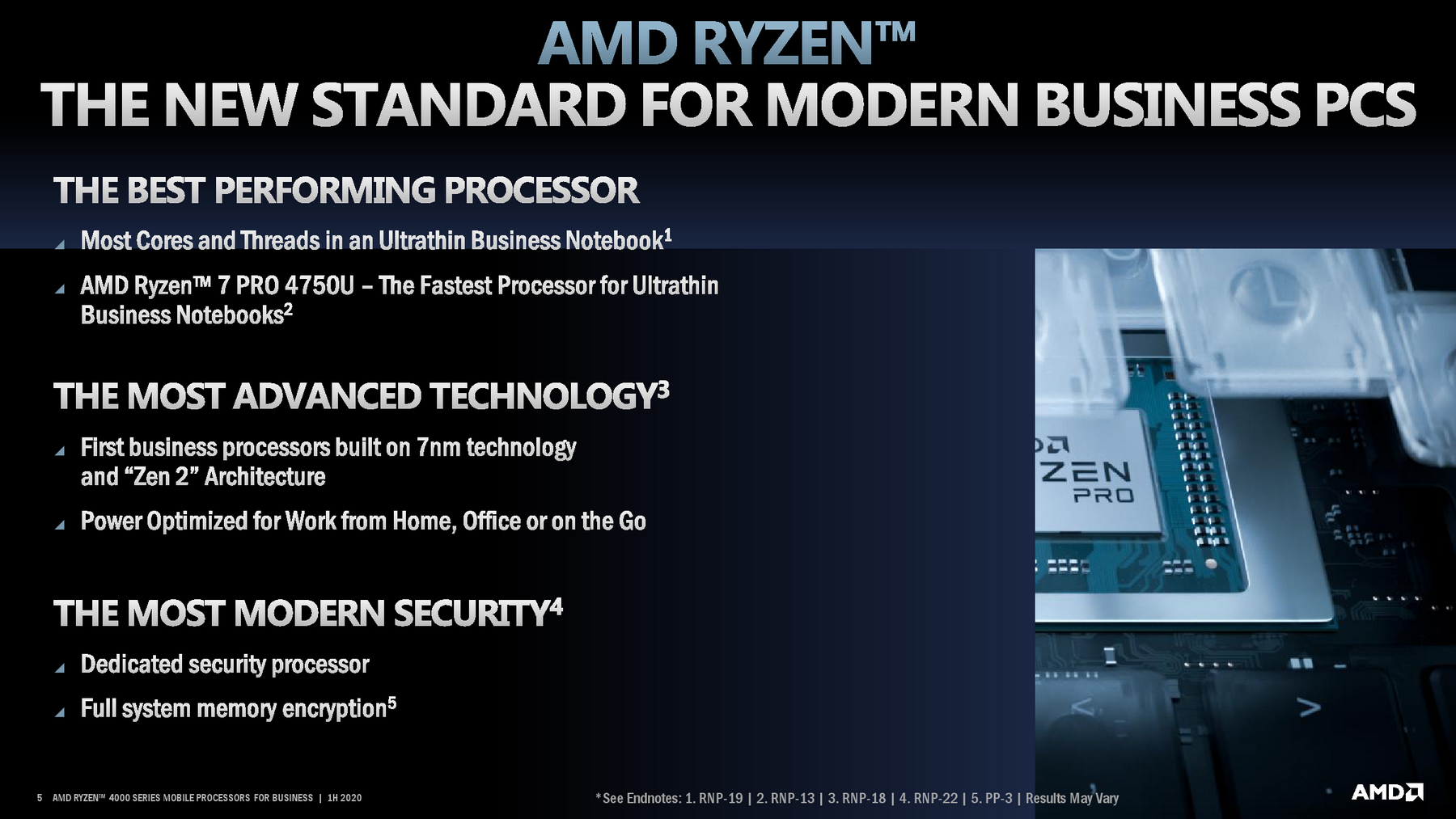 The sharp dragon 4000U series has five different models from 4-core 4-thread to 8-core 16 thread, while the sharp dragon Pro 4000U series is adjusted to three models, and the specifications are not the same as the consumer modelsBoth support multithreading technology to better meet the commercial requirements of multitasking load.

Compared with the previous generation of Ruilong 7 Pro 3700u, it has four more cores and eight threads. The benchmark frequency is lower than 600MHz, but the acceleration is higher than 100MHz, and the two or three-level cache capacity has doubled. However, the GPU part reduces three units (after all, the business does not need too strong graphics performance), and the thermal design power consumption remains unchanged.

compared to the previous generation raillon 5 PRO 3500U, it pairs 2 core 4 threads with the same reference frequency, the acceleration frequency is 300 MHz, the secondary cache is more than half, the tertiary cache is doubled, and the GPU unit is 2 less. 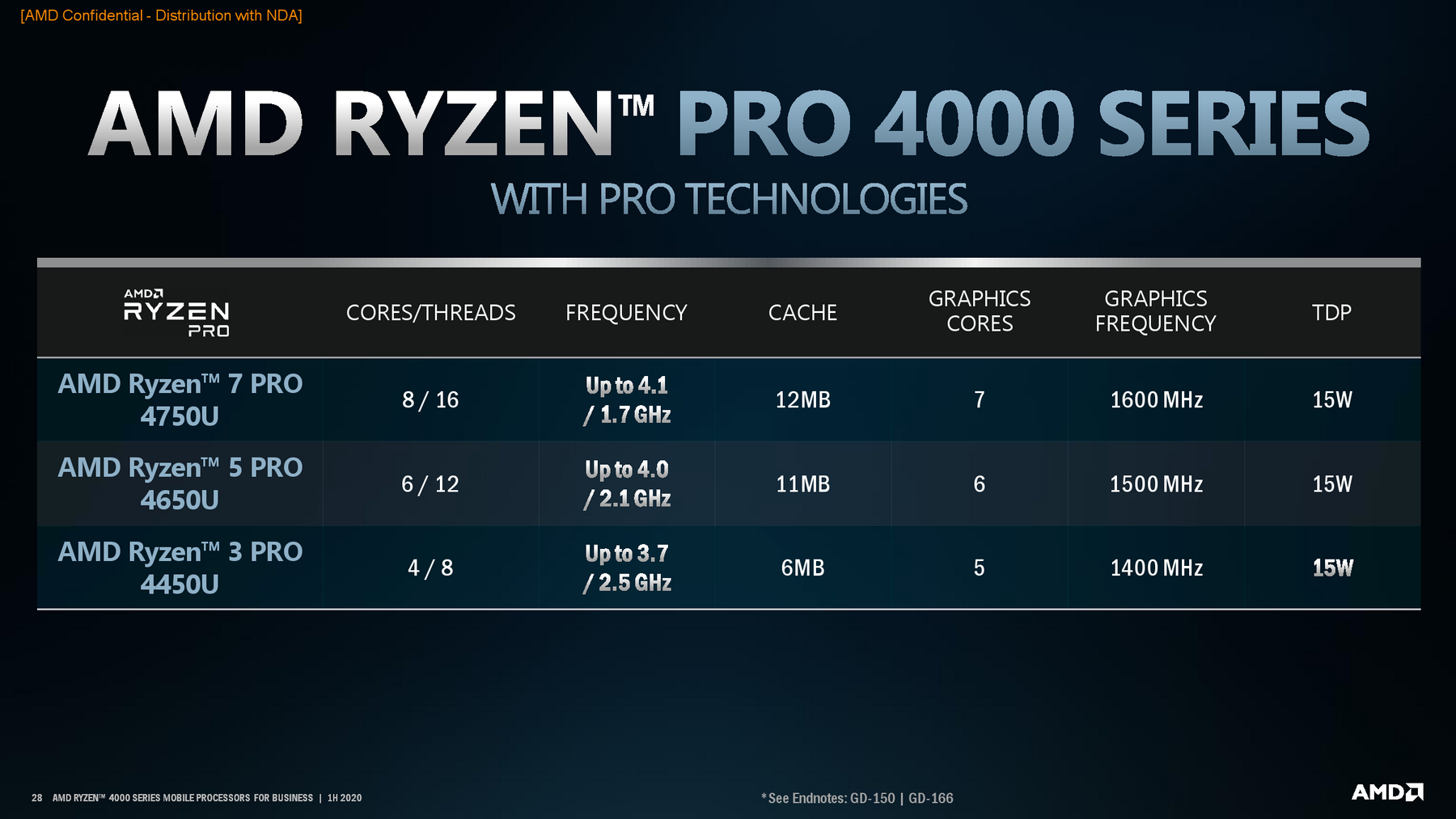 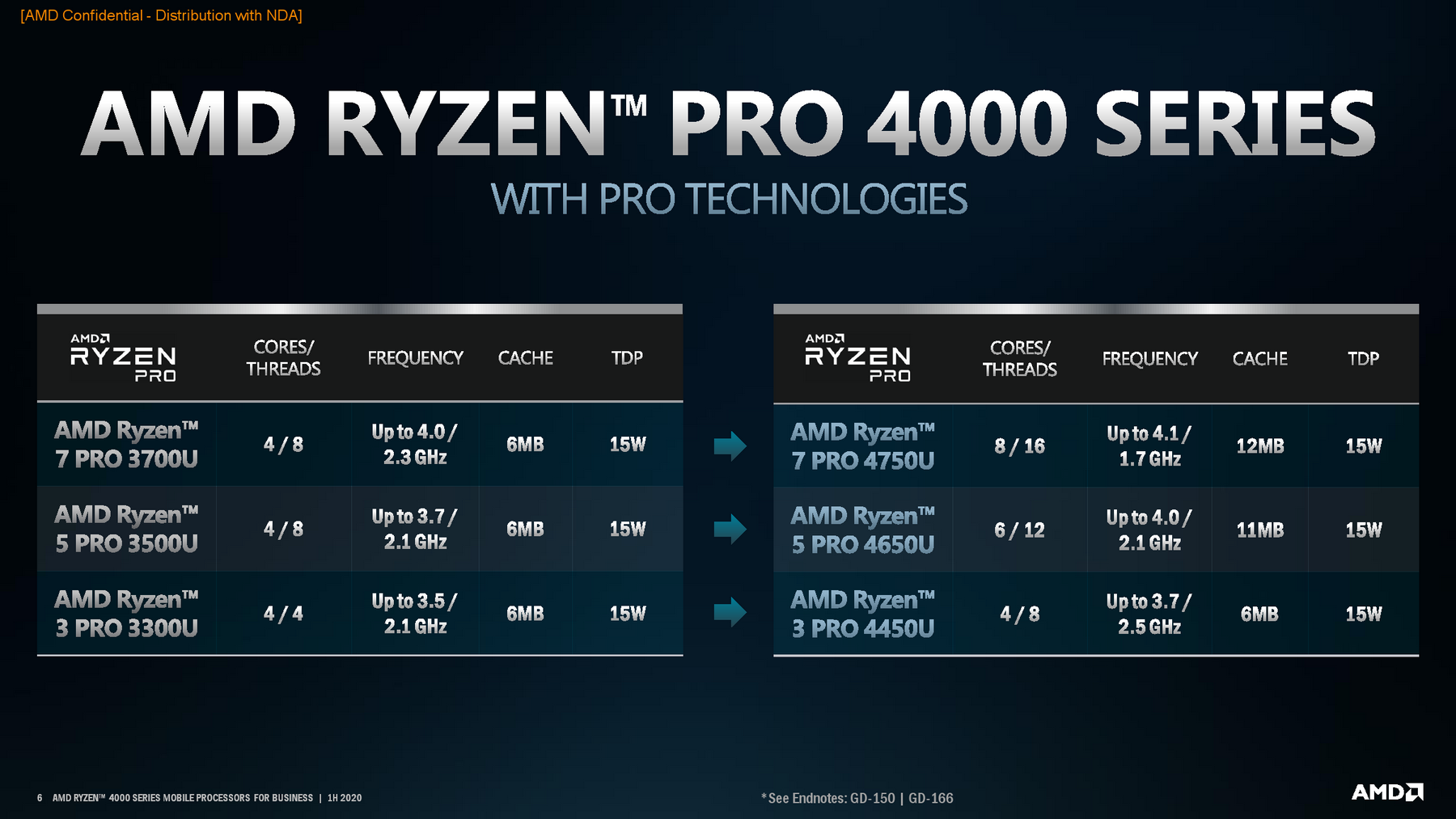 Of course, if OEM customers are willing, the sharp dragon 4000U series can also be used to create business cost, but it will lack some special safety, management and stability features. 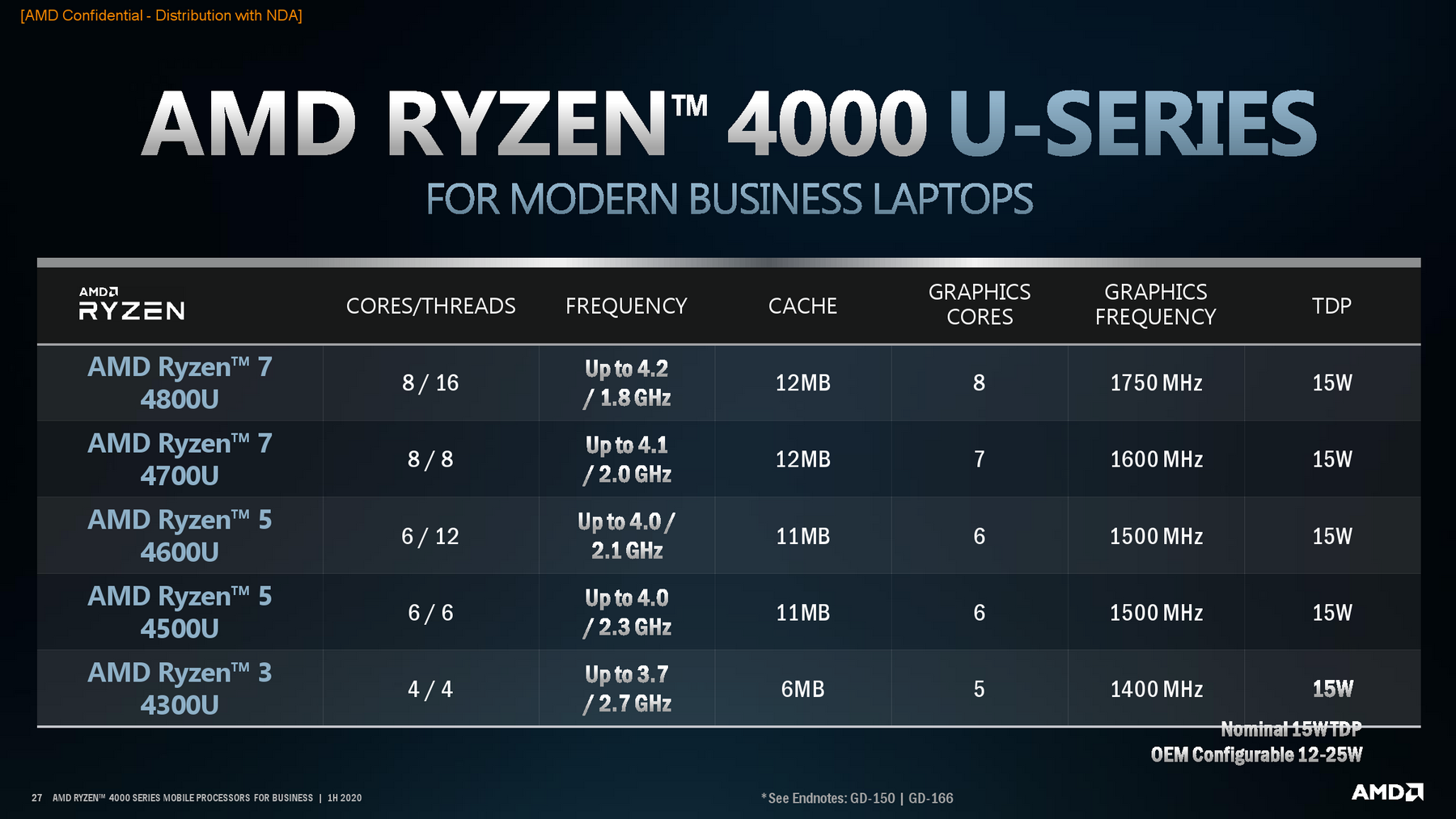 In terms of performance,Compared with the two most high-end models, Ruilong 7 Pro 4750u and Ruilong 7 Pro 3700u, the performance of the former increased by about 29% for single thread, 132% for multi thread, and 13% for graphics. 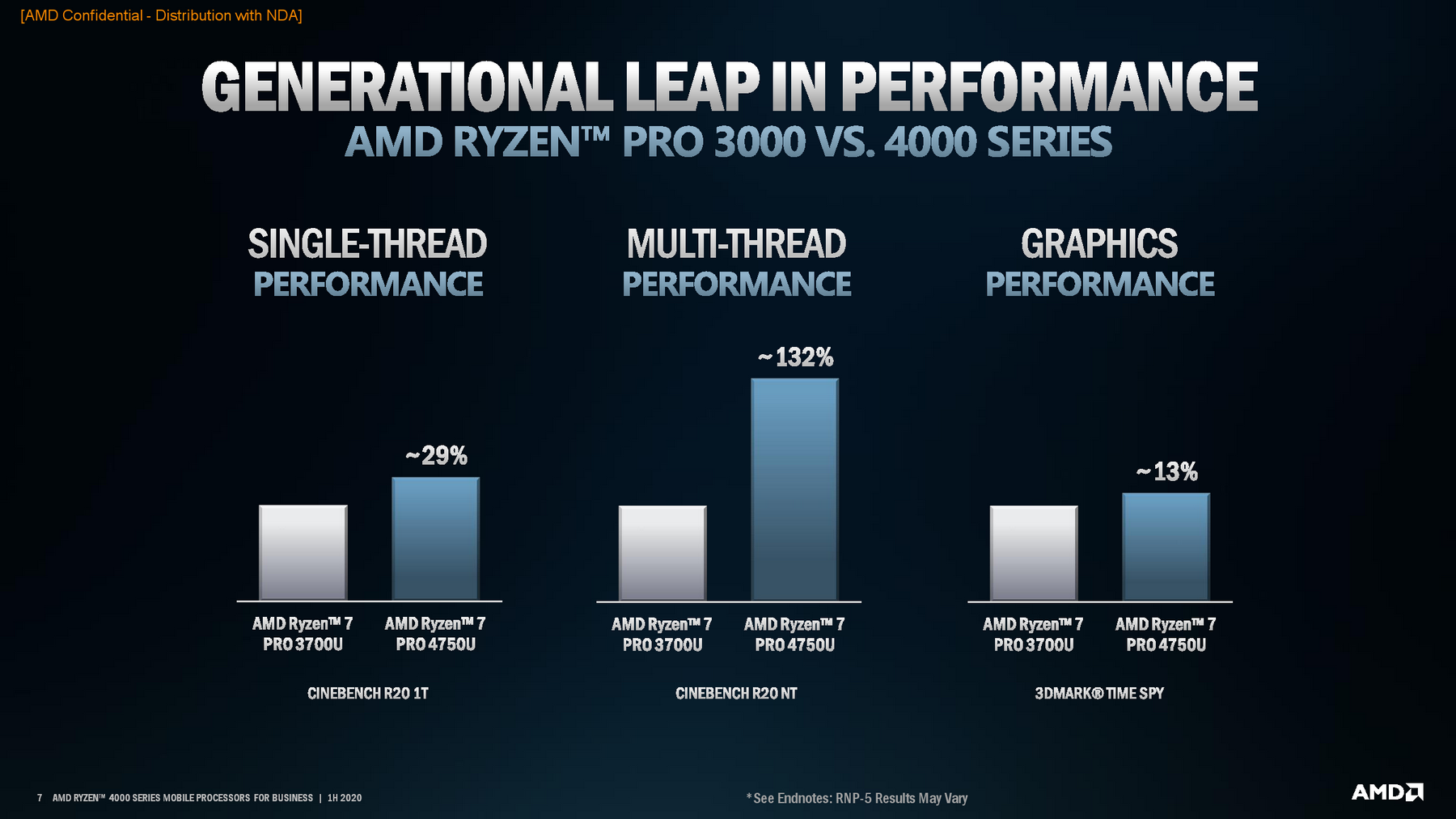 In terms of commercial office performance, such as pcmark, office, edge and other projects, the performance improvement of the Reebok 7 pro4750u is also considerable, with 19% less and 77% more! 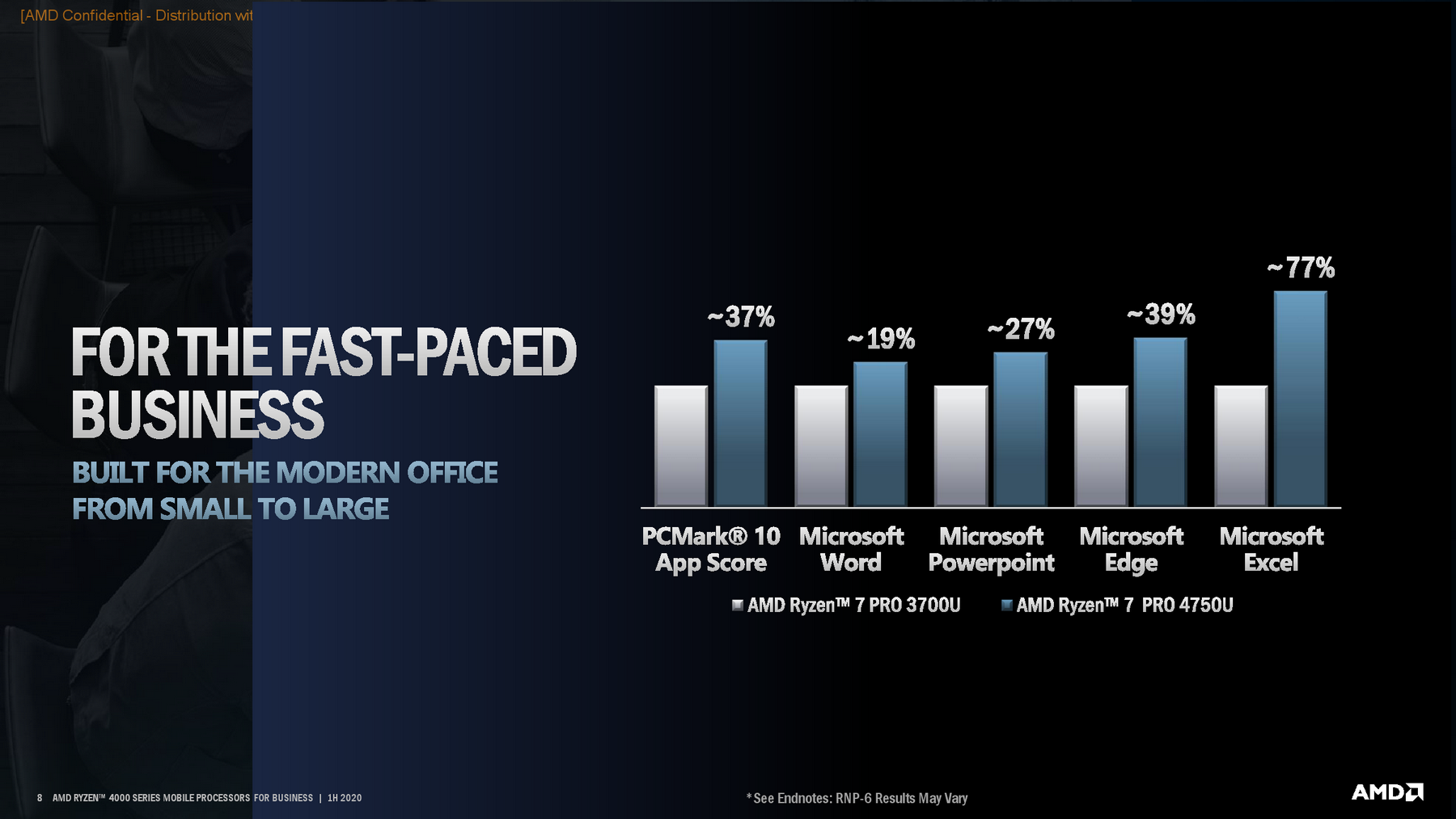 The energy efficiency of multithreading has doubled compared with that of the previous generation. Perhaps you still have the impression that Zen 2 was just born. About 70% of the improvement comes from 7Nm process, and 30% comes from architecture IPC and design. This shows the importance of advanced process. 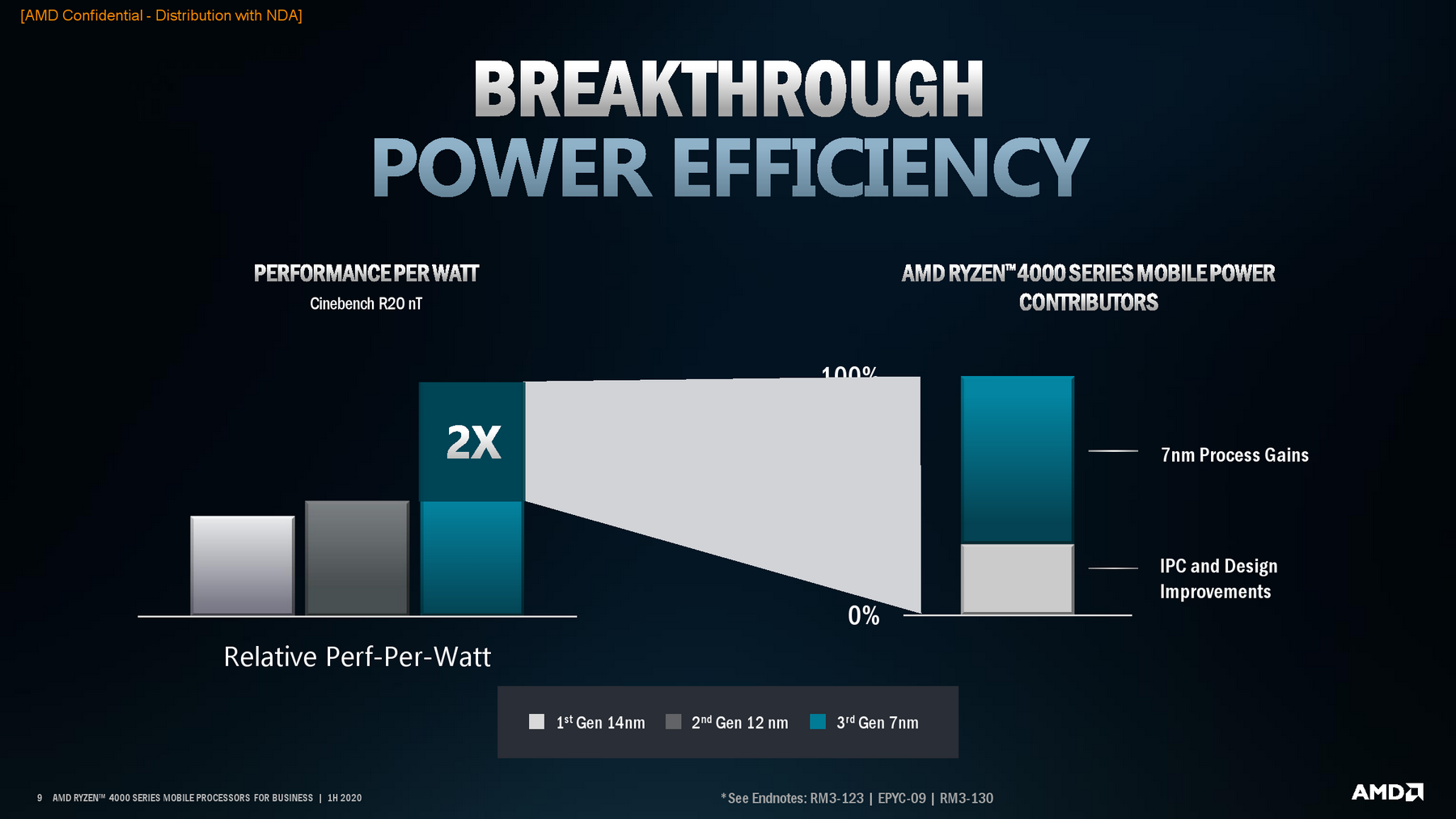 It's thanks to the step-by-step improvement of energy efficiency, amd claimsThe business battery with the sharp dragon 7 Pro 4750u can last for more than 20 hours, which means that it can meet the office demand for two working days even when going out. 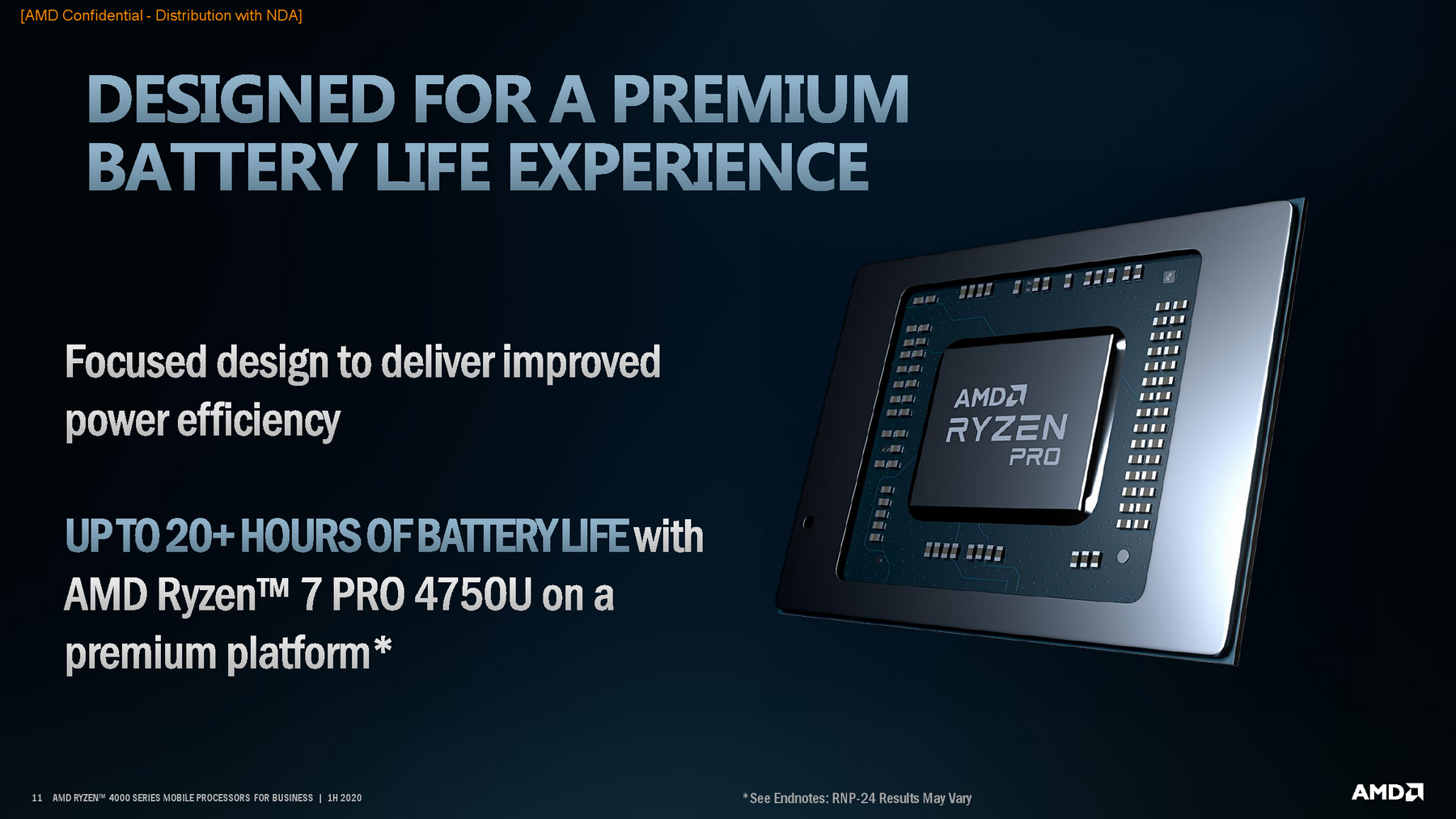 Of course, for commercial platforms, not only high performance and high energy efficiency, but also excellent security, manageability and business stability are needed. In this respect, the Ruilong Pro Series also continues and strengthens its consistent advantages.

Among them,Amd memory guard memory protection technology can fully encrypt memory, to avoid data, identity loss, or being hacked and stolen, which is also the patent of PRO processor. 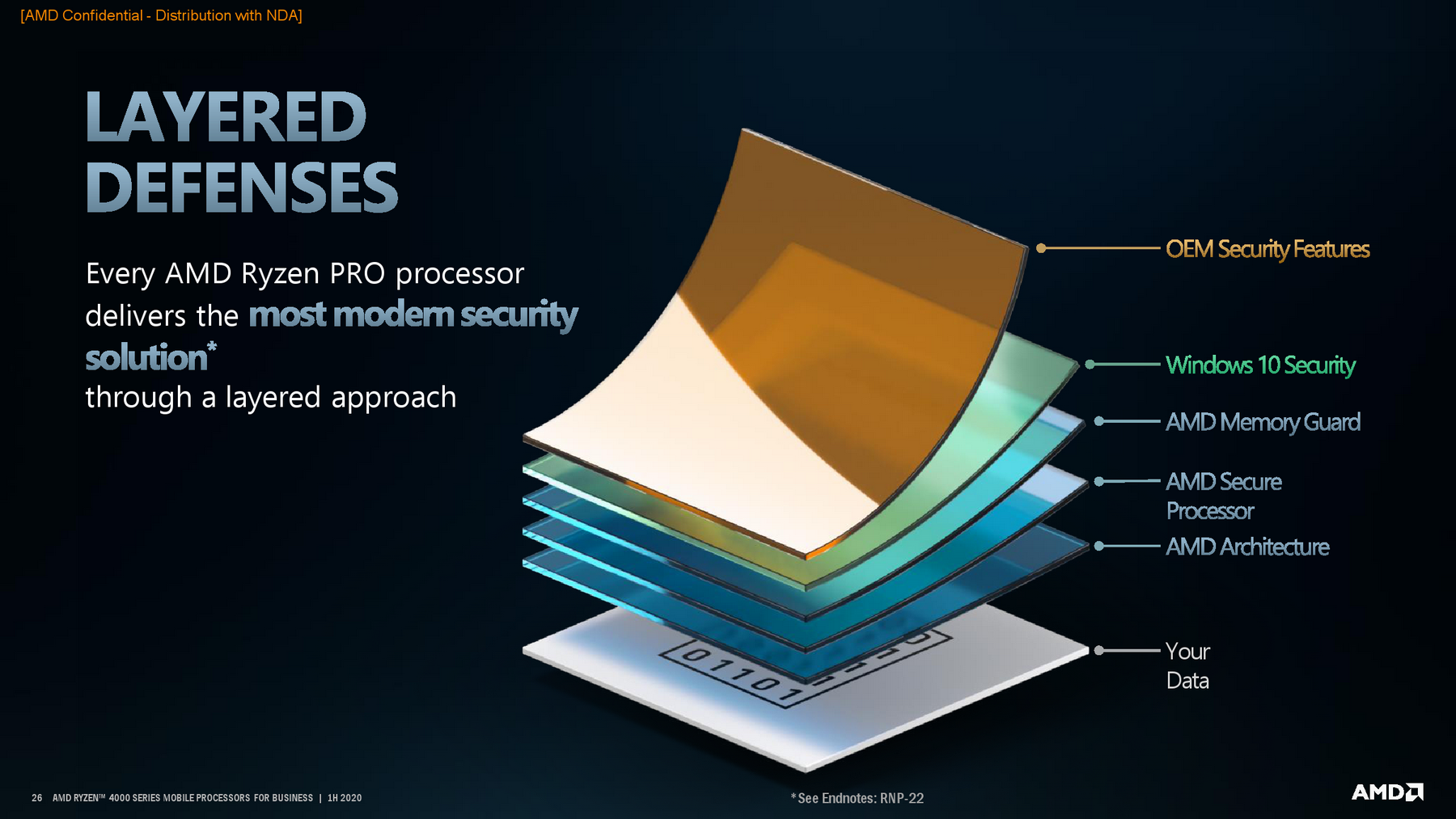 Through cooperation with AMD, Microsoft has also created a new category of secure core PCs, which aims to provide additional security layer through the firmware and operating system level and avoid targeted attacks. 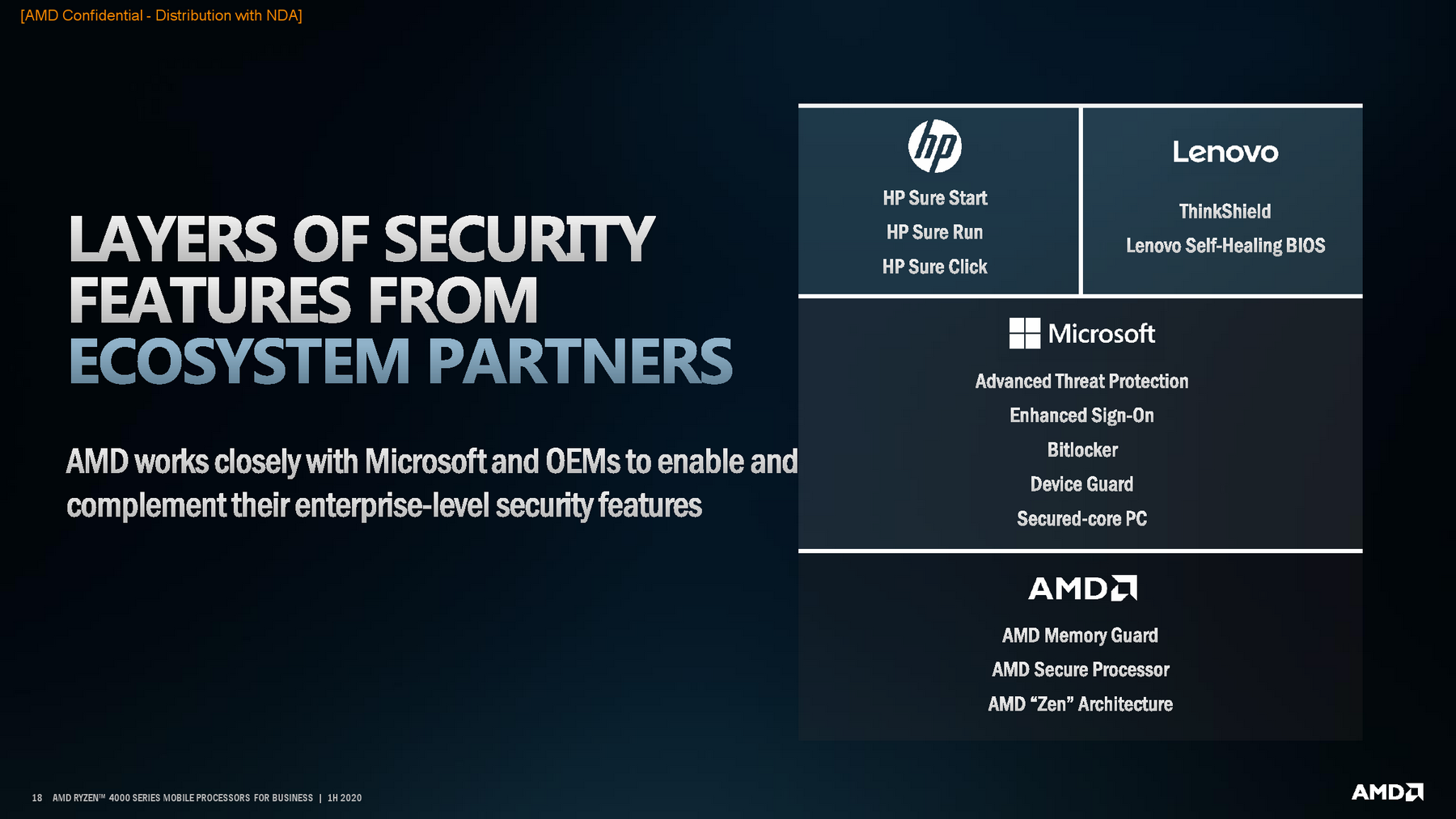 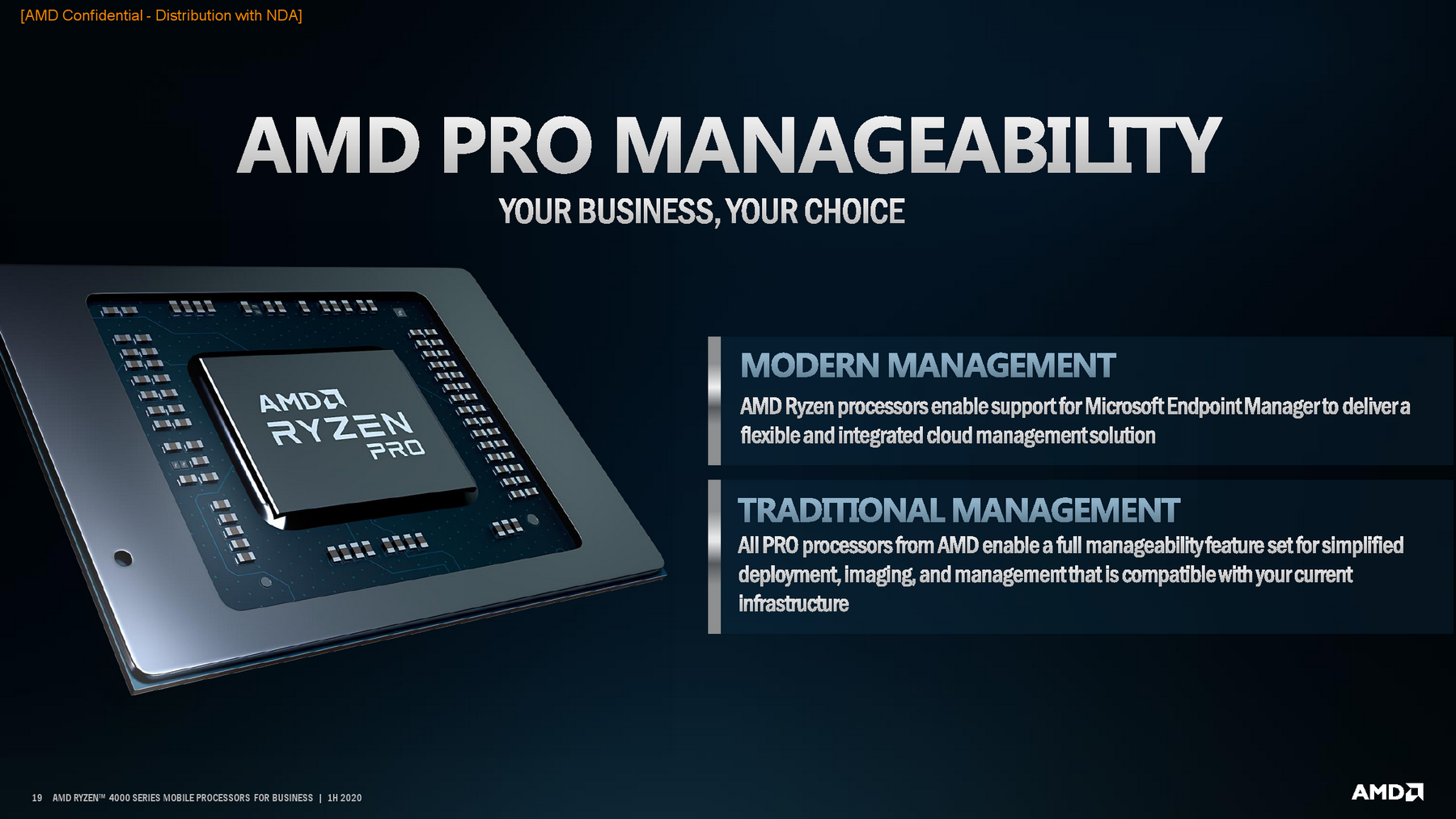 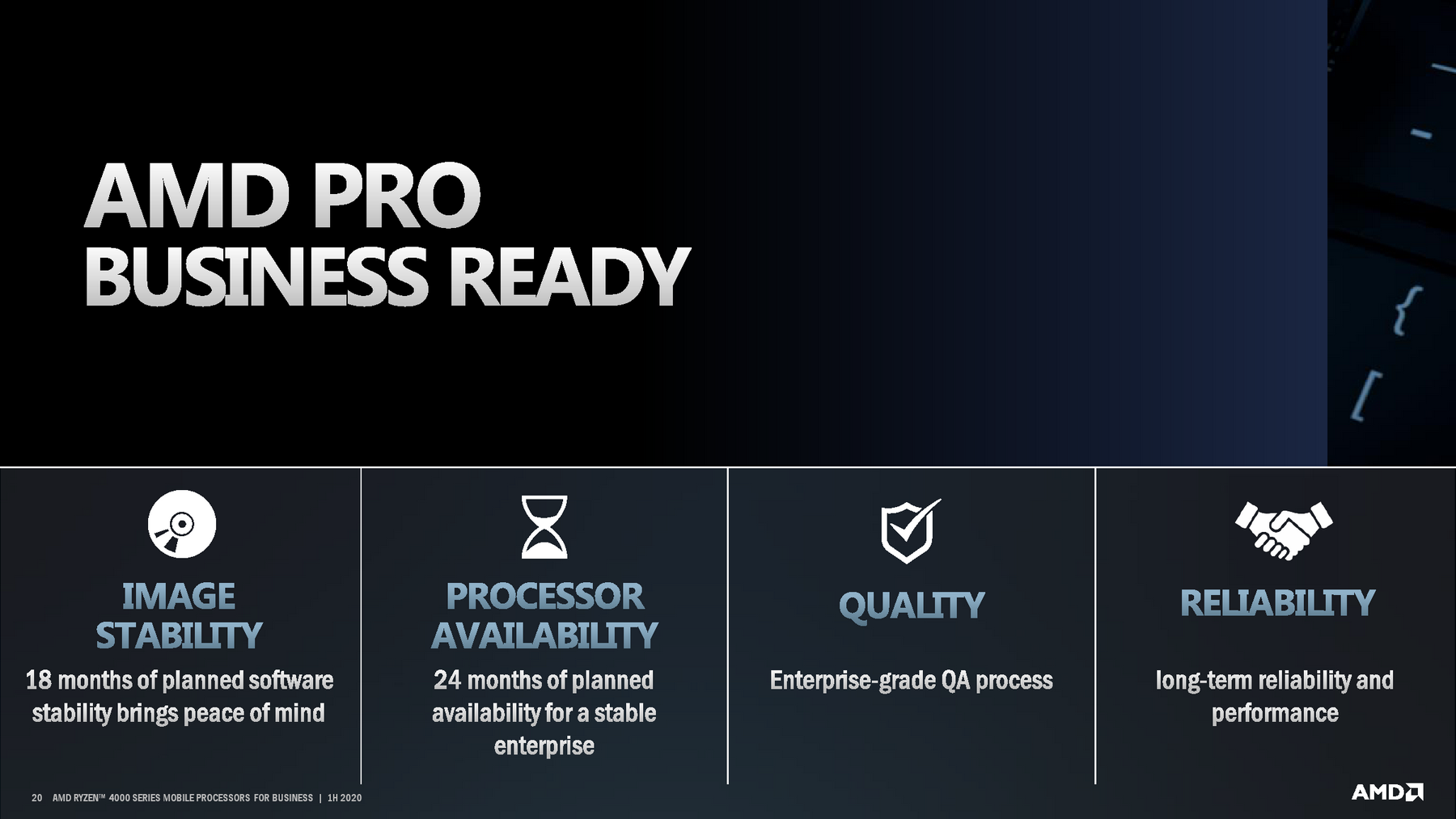 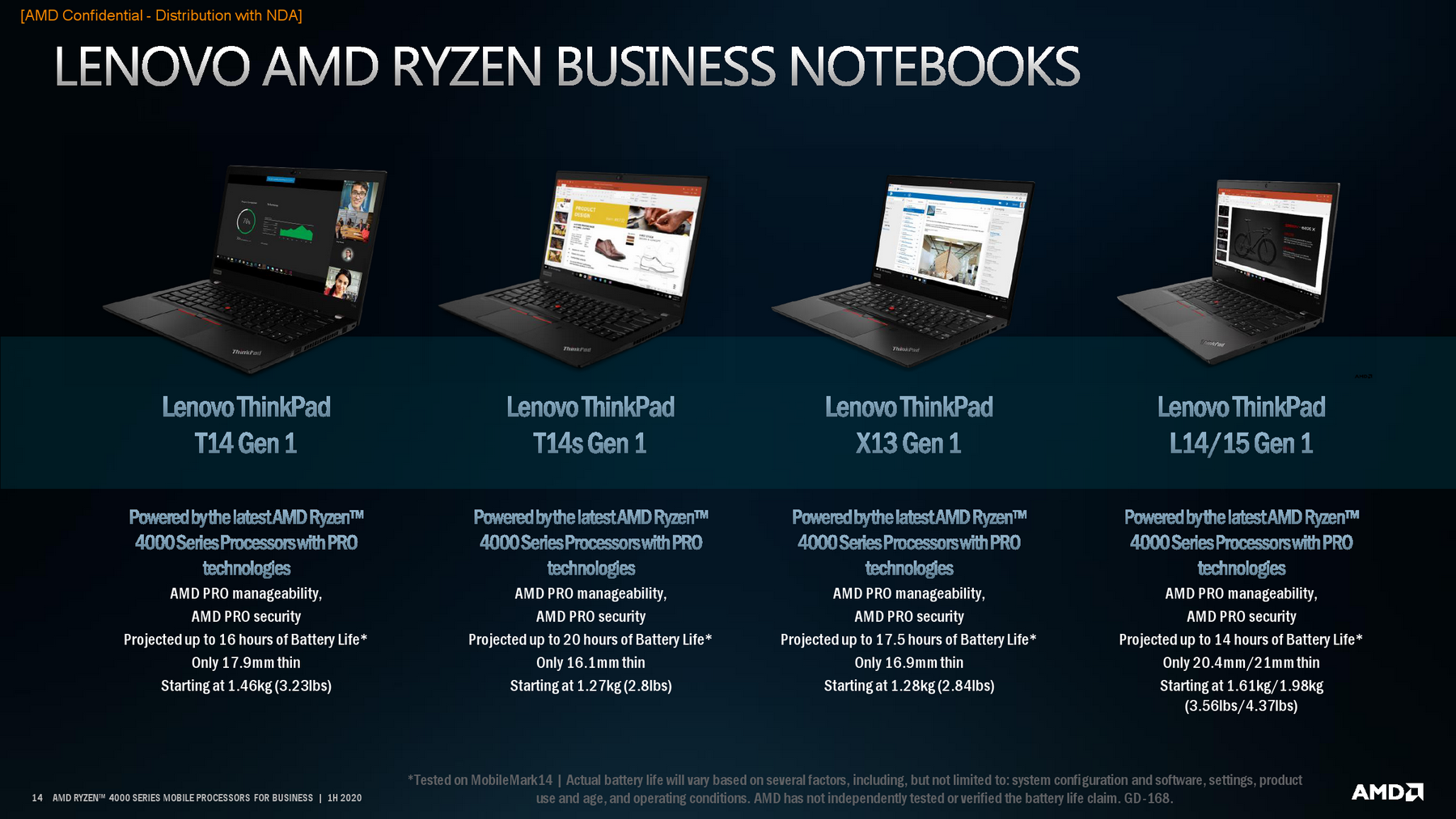