The big update of Microsoft's surface: the surface Book 3 is coming, and the new noise reduction headset

On June 19, 2012, Microsoft released the first surface product: surface RT. As the first product of Microsoft's water testing PC hardware, on the one hand, it was praised for its new form of notebook tablet two in one, which broke the embarrassing situation of serious homogenization of the PC market at that time, on the other hand, it was criticized for its product experience not meeting the user's expectations either in the PC end or the tablet end.

At that time, many media speculated that the surface would probably be a short-term attempt, and would end with the plain performance of surface RT.

But later, not only did surface not become the past, but the product family also flourished unprecedentedly. In addition to several PCs and a series of two in one products, the surface family has also derived products such as dual screen computer surface Neo, dual screen mobile phone surface duo and real wireless headset surface earpods.

Today, the surface family has come to its eighth year, and surface continues to innovate. This time, he updated four products for us, including surface go 2, surface Book 3, surface phones 2 and surface dock 2

In an interview with wired, Panos Panay, the father of Microsoft surface, said that surface go was an attempt to decentralize the Pro Series technology.

Indeed, you can see the shadow of big brother pro on the surface go, including two in one product form, the same bracket hinge, even the same aluminum magnesium alloy shell, and the same Alcantara keyboard. The biggest difference in appearance between the two is size. 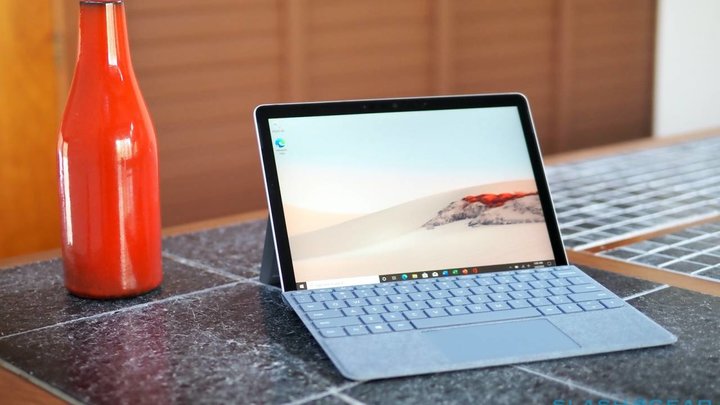 Microsoft said that the first surface go was designed to add a more affordable and portable two in one device to the surface series. 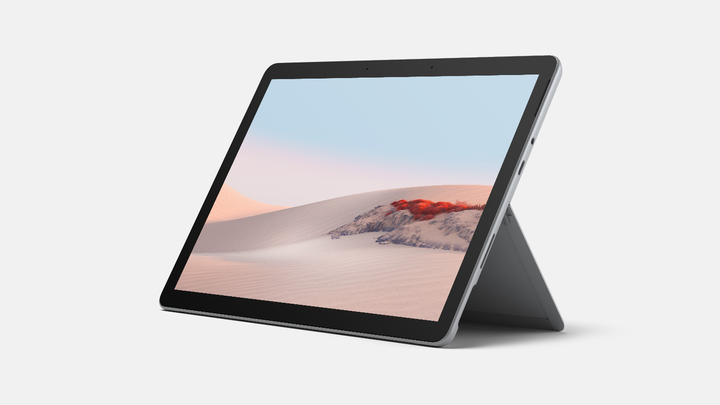 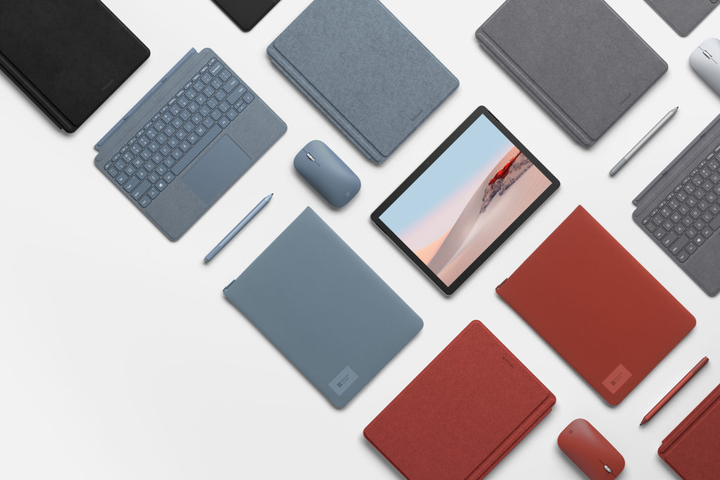 In addition, surface go 2 keeps pace with the times, supporting Wi Fi 6 network connection. As for the interface, the surface go 2 is still equipped with a usb-c interface, a 3.5mm headphone interface and a surface connector magnetic suction charging interface.

The original intention of the first generation of surface book is to meet the users who have a special interest in two in one products and need strong performance configuration to run professional software such as Autodesk and adobe. As the two in one product of the most powerful surface family, although the appearance of this update does not change much, the performance of the surface Book 3 is a step further, making overtime more leisurely. 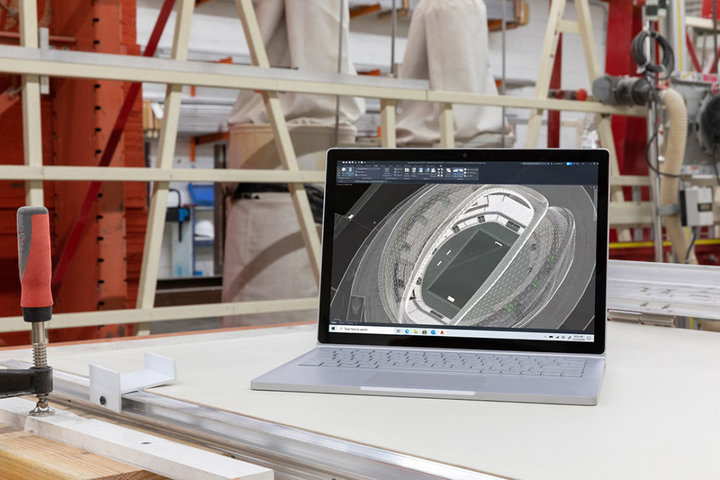 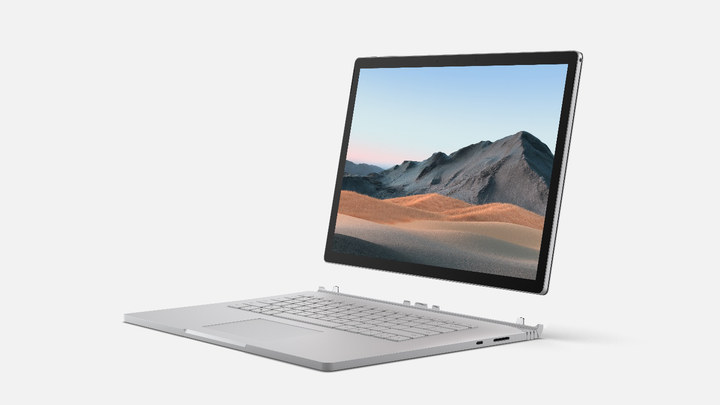 For users with high requirements for computing power and IO performance, such as developers, the highest memory of surface Book 3 can also be selected as 32GB. According to Microsoft, the performance of the surface Book 3 is 50% higher than that of the previous generation, with a battery life of up to 17.5 hours. 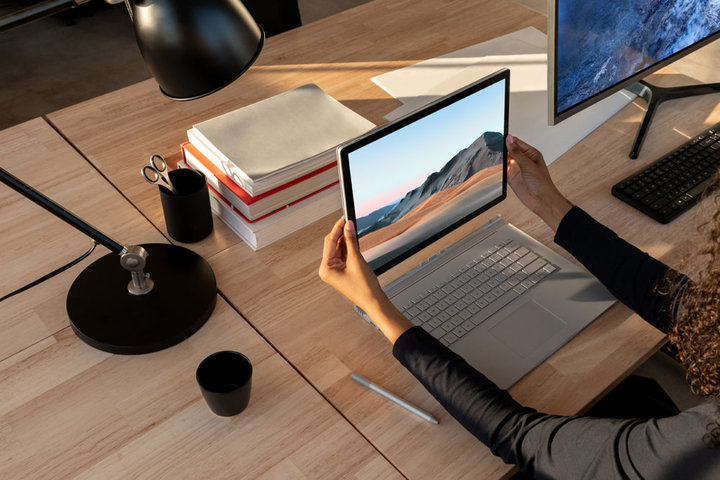 Surface Book 3 continues to offer 13 inch and 15 inch versions, but no matter which version you choose, it comes with a touch enabled high DPI pixelsense screen.

From 2018, the surface series began to cover acoustic products and released the first generation of surface phones. As the first surface headset, its excellent noise reduction effect and wireless experience have won a lot of praise, but it still has poor endurance, high-frequency performance and other regrets. These well done and poorly done places undoubtedly make users expect its iterative products even more. 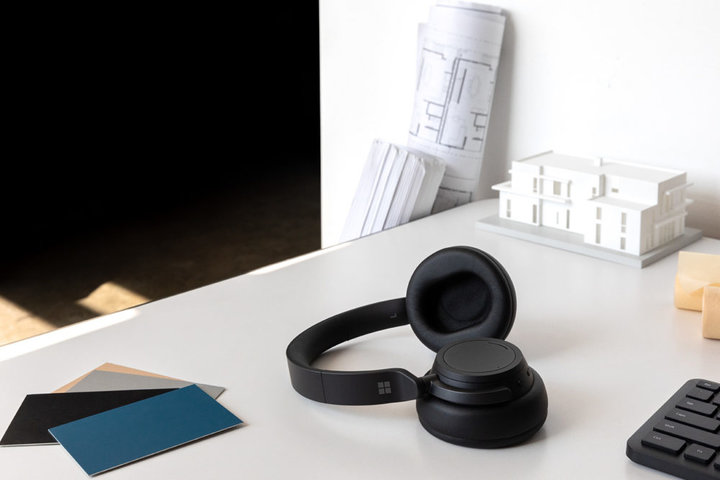 The new design of surface headphones 2 allows the earmuff to rotate 180 degrees, making it more comfortable for users to hang the headset around their neck. 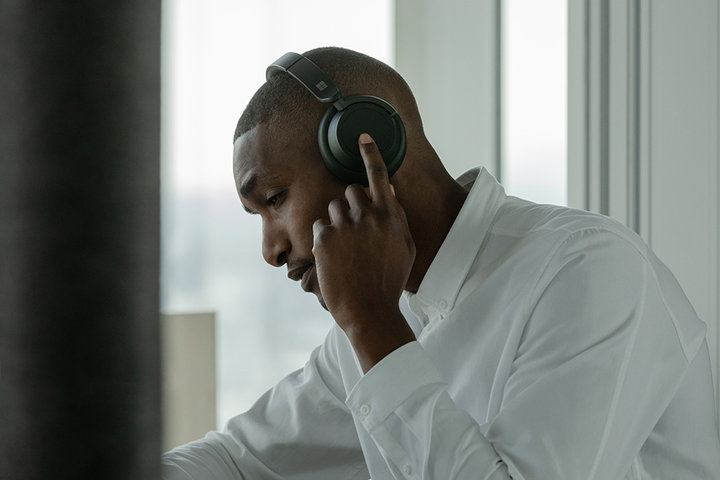 The surface headphones 2 is available in two colors, titanium white grey and elegant black. The price is 1998 yuan. 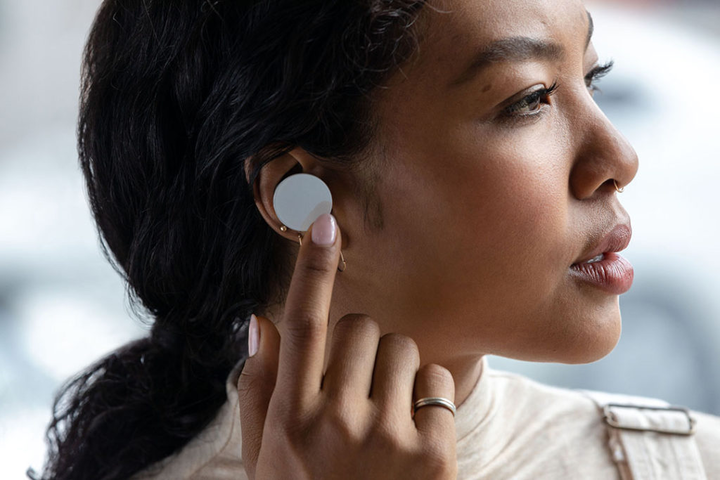 The price of surface pearls is 1588 yuan.

Surface dock 2: easy to use or expensive

In addition to computers and earphones, Microsoft has also brought surface dock 2, an expansion dock product for surface computers. In terms of shape and volume, the surface dock 2 has little change compared with the previous generation, mainly because the mini DP interface on the back and the usb-a interface on the front have been replaced by the usb-c interface. 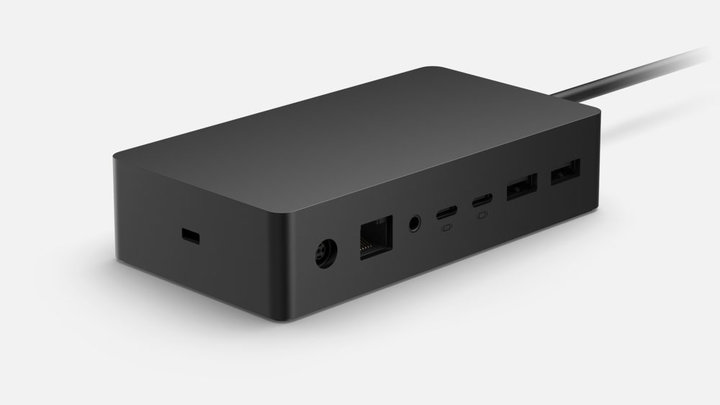 In addition, the power supply of surface dock 2 has also been upgraded, from the previous 95w to the maximum power supporting 200W, greatly improving the charging speed of the device. 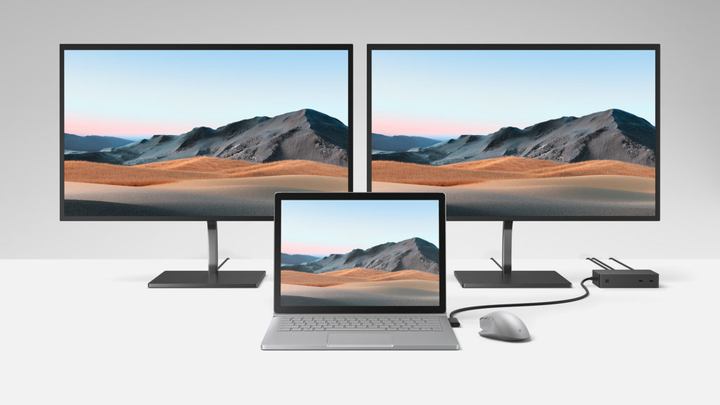 The surface dock 2 is fully configured and powerful enough. The only disadvantage is that it's expensive. The price is 2288 yuan.

Surface is the most important window to show software products

As mentioned at the beginning, in the eighth year, surface has developed from a pioneer of water testing with only two products (pro and RT) to a huge product family.

In the past eight years, Microsoft has been constantly pushing through the old, constantly bringing forth new ideas, covering the crowd from entry-level students to professionals, and trying to push the surface in different directions through more different categories. 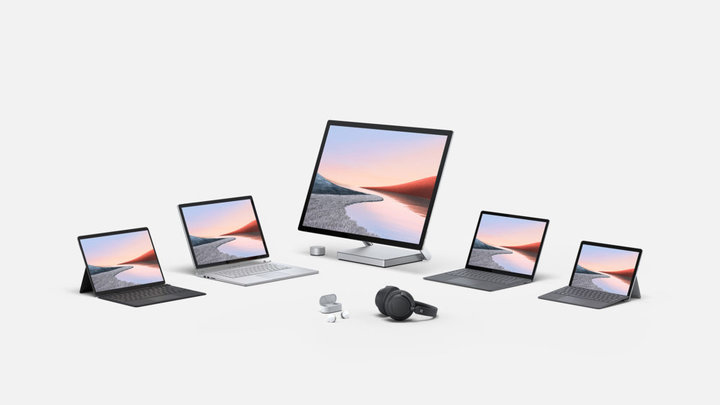 According to Gartner's statistics, in the fourth quarter of last year, surface shipments ranked seventh in the world and fifth in the U.S. market. For Microsoft, surface has become an important engine to drive business growth.

However, for Microsoft, what's more important is not how much profit these hardware can bring to the company, but the software and hardware combination experience completely dominated by itself, as well as the large number of loyal users it brings. 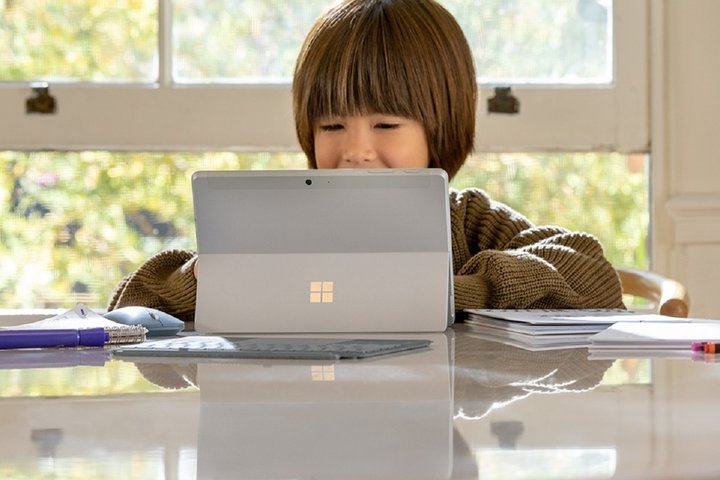 As Panos Panay, the father of surface, said in a media interview last year when asked what surface means to Microsoft:

Inside Microsoft, we define Surface as the master and best window of Microsoft's essence. It is a product that combines all the advantages of Microsoft.

No matter what Microsoft does, cloud, operating system or application, we hope that the advantages and capabilities in various fields can be perfectly reflected in the surface products.

Related news
Microsoft will release surface Book 3 and surface go 2 this spring
The big update of Microsoft's surface: the surface Book 3 is coming, and the new noise reduction headset
Hot news this week
Young people can't change their mobile phones one brother pressure in the channel inventory up to 50 million
Chinese mysterious female rich 560 million buy European luxury homes: the full amount of cash is paid at a time
Criminal gang candid courier list takes the money 8 people to be arrested
Do you make feed after Yi Lord? Zhenghong Technology M & A has mystery
The 560m Chinese woman who bought luxury homes has also been involved in JD.com's investments in Tuniu, Vipshop and Fafa Qi
The goose factory is finally making a move on the metasverse?
With this charging treasure that can legal "stealing electricity", I don’t worry about the mobile phone out of power
Son's bet that ARM's listing will boost SoftBank's stock price?
China's first "smart factory" for offshore oil and gas equipment manufacturing has been put into operation
Huawei Hongmeng has become! Many mobile phone manufacturers will follow up with Hongmeng OS technology
The most popular news this week
Samsung is said to have cut orders for smart TVS and home appliances after cutting 30 million phones
Xiaomi's payment company was fined 120,000 yuan. Illegal opening of payment accounts and other "four crimes"
Tencent was reduced by major shareholder PROSUS: the latter also cash from JD.com to $ 3.7 billion
Lego group announced price increases for nearly 60 percent of its new stores opened in China last year
Youzu Network: The Three-Body Problem series IP games are being developed and are expected to be launched in the market in 3-5 years
Tencent Games released more than 40 new products exposed series "Game Technology" project
Xiaomi invests in the establishment of semiconductor technology companies. Is the pine cones surging chip live?
WeChat Youth Model Upgrade: Introducing the payment limit function
Tencent QQ appeared large-scale theft of the real reason revealed: Internet cafe login WeGame in action
AMD's new generation mobile processor broke the news: 16 -core CPU RTX 3060 level core display