This week, 31 global technology and telecommunications companies announced the establishment of an open ran policy coalition, hoping to build an "open and interoperable" 5g network, AFP reported. At the same time, the alliance did not involve traditional equipment manufacturers such as Huawei, ZTE, Ericsson, Nokia and some telecom companies. What's more, none of them are Chinese enterprises.

What is open ran?

Specifically speaking, the base stations purchased by operators are integrated with software and hardware, all of which come from the same equipment manufacturer, and there is more or less the problem of supplier lock-in.

In the open ran mode, the software and hardware are separated, and the special hardware is replaced by general hardware. The operator's base station will be composed of several manufacturers, such as manufacturer a providing ran software, manufacturer B providing general server, and the chips in the server can be provided by another general chip giant C.

One of the great advantages of opening up is full competition, operators can have more choices and bargaining power. The data shows that 5g network investment is about 1.5-2 times of 4G, that is, 1.2-1.6 trillion. The capital gap of operators is still large, and cost performance is a factor that operators have to consider.

In addition, 5g network is defined as multiple virtual networks that can be sliced separately to meet different scene requirements, such as the absolute low delay of automatic driving requirements, the Internet of things needs a large number of links, but there is no high demand for network speed, and open ran can also meet these requirements.

What's the use of the open ran policy alliance?

During the 2018 World Mobile conference in Barcelona, the open ran alliance was officially established. Its mission includes:

As mentioned before, the goal of open ran alliance is to reduce the deployment cost of Ran, improve the agility and accelerate innovation of Ran, and promote the openness of Ran interface, the white box of hardware, the open source of software and the intelligent of network.

The competition pattern of telecom equipment market is relatively fixed, and the game between operators and equipment manufacturers tends to be stable. Open Ran has become a catfish that stirs up the communication market.

To promote open ran, we need to break the traditional closed ran architecture. The most affected is the telecom equipment providers who have been providing equipment for operators since the 2G era. After all, there are many open ran participants. 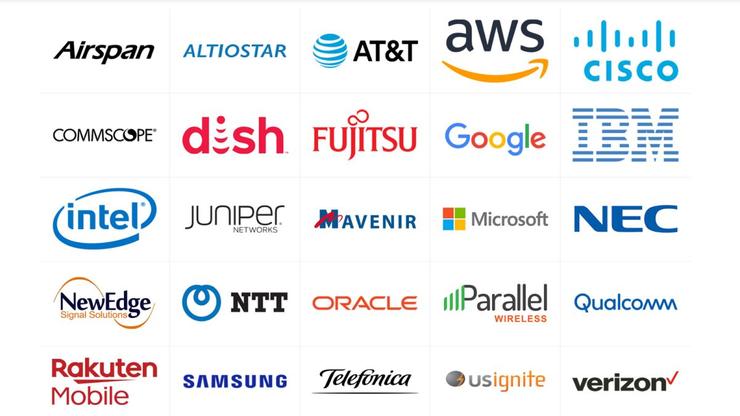 The open ran policy alliance focuses on policies and advocates government policies that can help promote the adoption of open ran.

No specific policy has been announced, but it is looking for any product that can help develop and expand open ran.

Immature technology is the main reason why open ran hasn't been widely used yet. Industry insiders believe that open ran needs at least 3-5 years to mature. The alliance is also to speed up this process. Traditional equipment manufacturers hope that 5g network construction peak will come as soon as possible. At that time, immature open ran will naturally be eliminated, and so will traditional equipment manufacturers' cold treatment of open ran.

Not only for Huawei

It has been reported that the open ran policy alliance was established to exclude Huawei from the 5g construction in the United States, which is a little exaggerated.

From the perspective of the game between operators and equipment manufacturers, or from the perspective of the pure market, the equipment manufacturers represented by Huawei certainly do not want to "throw their own jobs", so Huawei has not joined the open ran alliance. Huawei prefers another vertical integration solution, in which the interfaces between components can be optimized according to their architecture.

The advantages of traditional equipment manufacturers lie in providing end-to-end technology stack, the advantages of new industry participants lie in flexibility and openness, and the development of communication industry has reached the bottleneck, so market opportunities are created, on the contrary, new forces can also promote the self-renewal of traditional equipment manufacturers.

Besides, not only Huawei, Ericsson, Nokia and other telecom equipment vendors are waiting to see. Although all of them have expressed their support for the construction of open 5g network, there is a lot of room for discussion on how to build and which way of thinking to adopt. Therefore, equipment vendors are only in the stage of expressing their opinions.

For example, Ericsson pointed out in a response that Ericsson supports openness, and its future product architecture will support open interfaces and a large number of use cases. This year, Ericsson will supplement high-performance solutions with other virtual radio access network solutions.

"This evolution requires a strong foundation based on open standards and 3GPP, which enables the most widely used global technology with 3 billion mobile subscribers. 3GPP is also unique because anyone can enter it according to frand terms. This led to a highly competitive and consolidated ran market. Similar integrations can be observed in other parts of the industry, including operating systems, chipsets and devices. In addition, Ericsson is actively contributing to o-ran and ONAP to further promote innovation and promote global scale development through a strong ecosystem. " Ericsson said.

Ericsson also suggested that the US and other governments should maintain their market-based approach through technology neutral policies. Policy makers should focus on accelerating 5g deployment through spectrum allocation and removing barriers to network deployment.

The open ran policy alliance does not obviously emphasize Huawei or China, but in the context of the alliance dominated by American manufacturers, it is difficult to completely maintain neutrality. Some argue that the alliance will indeed reduce China's dominance in 5g infrastructure.

The open ran policy Alliance said in a statement released on Friday that the alliance was not established to deal with the concerns of any particular company, but to discuss the need to build a robust supply chain and prevent any company from dominating the market. The current epidemic shows that it is necessary for the next generation communication network construction to pursue the diversity and flexibility of suppliers from the perspective of security and performance.

Considering that the communication industry before the 4G era was dominated by the United States and Europe, but there was no different voice, and there are domestic manufacturers supporting open ran, but the manufacturers participating in the alliance are all foreign enterprises, this statement is not very tenable.

It is worth mentioning that Reuters recently reported that the US Department of commerce is about to sign a new rule that will allow us companies to cooperate with Huawei to set standards for the next generation of 5g networks.

You should know that since the US Department of Commerce listed Huawei on the "entity list" in May last year for the sake of national security, it not only restricted US companies from selling US goods and technologies to China, but also raised questions about how US companies can participate in the establishment of industry standards organizations. Now, US companies will be able to join Huawei as a member of the standards organization. The reason why the U.S. Department of Commerce agreed to cooperate with Huawei is that Huawei is an irreconcilable enterprise in the communications industry. According to the "investigation of 5g standard patent statements" report released by iplytics, a German patent data company, as of January 1, 2020, there are 21571 5g standard patent statements in the world, and Huawei ranks the first in 3147.

There is no doubt that China's 5g enterprises, including Huawei, will receive some unfair treatment in the world. Technical problems can be solved through industrial cooperation, and prejudice can only be reversed in many ways.

Related news
Open ran policy alliance established by 31 global giants is not only for Huawei
Nokia announces its participation in the open ran 5g Alliance
Huawei Pay into Hangzhou, release mobile version of Hangzhou Tong, pay by car to add new options
Shiquan introduces ASUS tuf gaming alliance's joint SSDs
Samsung announces open and virtualized 5g ran device
The UK will put Huawei ban into law and adopt open ran to achieve diversification as a long-term development goal
Open RAN global attack Huawei a formidable opponent
NEC of Japan announced to promote ran network in UK to replace Huawei 5g network
Hot news this week
Monkey acne cases have ranked first in the world that the United States has announced the emergency state of public health
Credit card points rule intensive adjustment online transaction points more "valuable"
High reserves and low cost experts: calcium ion batteries replace lithium batteries to stand up to the daily
Alibaba executives interpret financial results: the focus of the consumer side is no longer to attract new, but to do a good job in stratified operation
Losses in a single quarter of $ 23.4 billion a record, SoftBank did not carry the plunge of technology stocks and the devaluation of the yen
The prevention and control of the American Monkey epidemic has failed. What should I pay attention to?
Sources say Samsung's Galaxy Z Fold4 is going up in price: a 512GB top unit will cost more than 13,000
Is the micro -business headache? WeChat friends are suspected to have a big move: 7 can only be posted a week
Kuaishou launched a self-developed cloud intelligent video processing chip: The chip has been streamed successfully
The new product of Xiaomi MIX is coming: both internal and external dual -screen has been upgraded to make up for the previous generation.
The most popular news this week
Probiotics also have the problem of "card neck". Experts: In -depth integration of capital, industry, research
How to verify the performance of the "Guiguang" in the large factory and the transition to b?
US media: The US FTC will begin to formulate federal regulations to expand online privacy protection
Girls are the worst offenders: Put down your phone
Byte medical layout to take another step forward Internet enterprises to break offline needs long-term investment
Sony confirmed "Mysterious Sea: Thieves Legendary Collection" for sale during the year
Lenovo announced the rescue of the head show VR700: true 4K, support iQiyi network resources
20TB free! Ali Cloud disk full compensation 15 days super members
Than apple conscience! Moto's new flagship comes standard with 125W charger: half charge in 7 minutes
Wechat update 8.0.27 beta version: small program opening faster