Macrumors, a foreign media, learned from several sources that apple is considering introducing the 120 Hz promotion variable refresh rate technology into the iPhone product line to provide a more pleasant content response experience.The feature launched on the iPad Pro tablet in 2017, but since July last year, there have been rumors that Apple will support a 60 / 120Hz variable refresh rate on at least one 2020 iPhone model. 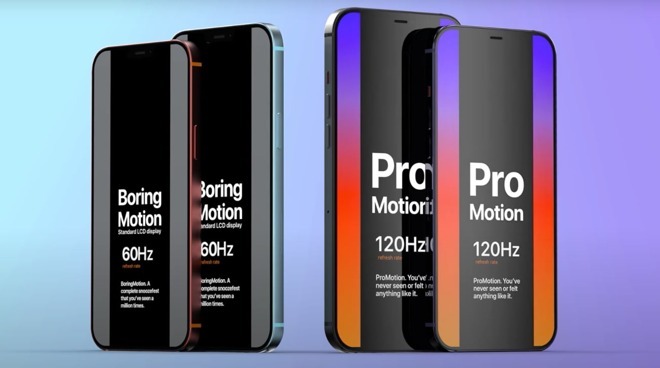 Recently, Max weinbach and Jon Prosser both claimed that promotion is also supported in the second half of the iPhone 12 Pro high-end models. But in the early days of the release, Apple may disable it at the software level to extend the device's endurance performance. This summer's samsung Galaxy Note 20, may be the only flagship smartphone to use LTPO low-power display technology this year, analysts Ross Young added on the Twitter, as apple could drag iPhone to support it until 2021.

It pointed out that if the company plans to support promotion on the iPhone, ltpo's support will be essential. After all, when the device is inactive, variable refresh rate technology can be as low as 1Hz to optimize battery life. If 2021 iPhone does introduce such a feature, it is expected to support features such as always on like apple watch series 5.