2020 is probably the most special year since iPhone came out.

This is the second time Apple has released iPhone new product twice in a year (the last time was 2016), and the first half of the new product has been announced, which is iPhoneSE( second generation).

But unlike 2016, this year's iPhone also faces a major technology development node, that is, 4G to 5g mobile communication iteration, which makes it more special. 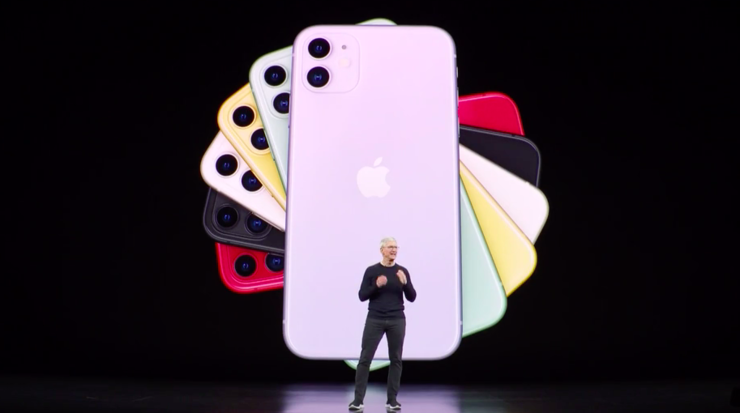 In addition, there is an unexpected variable

As a result, the upcoming iPhone 5g new product in 2020 in the second half of the year deserves special attention.

Recently, there is the latest confirmation about the new iPhone.

Of course, iPhone new product to be explored in this article, according to past naming rules, will probably be named iPhone 12 series (let's use this name).

Not long after iPhone 11 series was released, many revelations about the iPhone 12 series have come out

Among the known content, the iPhone 12 series will have four models, which are divided into two categories: standard series and Pro Series. 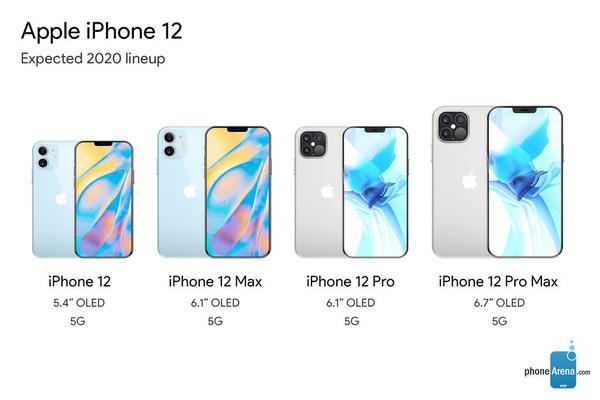 Based on this, everythingapplepro, a YouTube video blogger with more than 8 million fans, announced on May 10 the features of the heavyweight products to be carried in the iPhone 12 series:

Everythingapplepro also stressed that the message was confirmed.

Specifically, the two models of the iPhone 12Pro series (6.1 inches and 6.7 inches) will be able to have a high refresh rate of 120 Hz, that is, ProMotion features, and can switch between 60 Hz and 120 Hz refresh rates

As a result, everythingapplepro also said that the two Pro Series iPhones will also have OLED material screens and the other two will be LCD materials.

The fact that the iPhone 12 series will use 120 Hz of high refresh rate screen, has been reported before, but this time the release to specific models.

In addition to the high refresh rate of 120Hz, everythingapplepro claims that the new features of the iPhone 12 series that can be confirmed include the following:

1. The bangs will be smaller, and faceid will have a larger vision and can be used in a more extreme perspective;

4. telephoto lens will be upgraded from 2x zoom to 3x zoom to better shoot distant objects.

What is worth mentioning is that in the EverythingApplePro burst, the iPhone 12Pro Max battery capacity will also be upgraded to 4400 mAh.

Of course, in addition to these, A14 bionic with 5nm process and Qualcomm snapdragon x55 5g modem with 7Nm process will be standard for iPhone 12 series.

Overall, the 2020 iPhone 5G new product, can be said to be the biggest upgrade since iPhone entered the era of full screen in 2017.

For many companies, novel coronavirus pneumonia outbreaks the expected impact of the outbreak. How can apple be exceptional?

We were all waiting for G 5 iPhone, which would have dampened sales of the iPhone 11 series (only)

This is first reflected in the Chinese market.

China has closed China business in the Apple Store (official retail store) since February 1st, and the call center and offices have been closed. In mid February, apple reopened AppleStore shops in a few city stores, business hours were much shorter than normal. 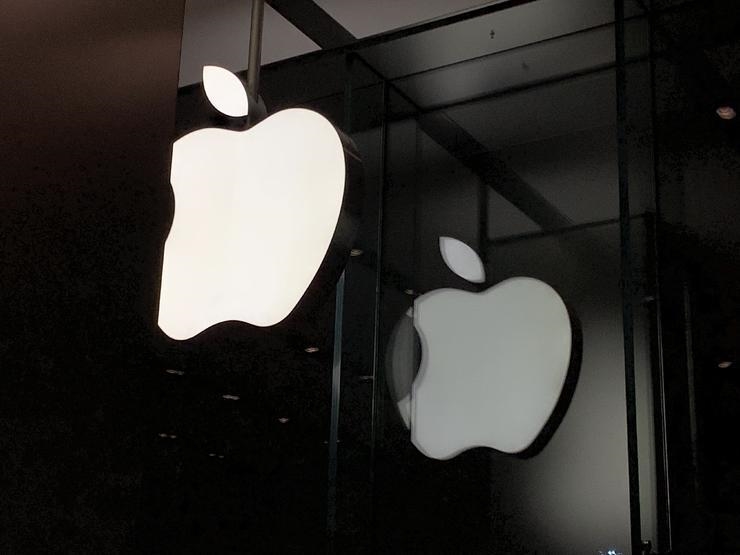 According to the report of China's domestic mobile phone market shipments released by China Academy of communications on March 10, in February 2020, China's smart phone shipments were 6.341 million, down 54.7% year-on-year, of which Android phones accounted for 92.2% of smart phones.

As a result, iPhone domestic shipments accounted for 7.8 per cent, or 494,000 units. From this calculation:

In February 2020, Apple's smartphone shipments in the Chinese market fell by 60% year-on-year and 78.52% month on month.

Such a decline is not tragic.

And, of course, the decline in iPhone sales in China didn't unduly influence global revenue figures, according to later results

According to data from IDC, a market research organization, Apple's iPhone shipments in Q1 in 2020 were 36.7 million, down only 0.4% year-on-year, mainly due to the performance of iPhone 11.

Yet by april, when the new-crown pneumonia epidemic spread from china to the world, apple closed all AppleStore physical retail outlets worldwide outside the mainland market, the impact on iPhone sales was absolutely fatal.

In fact, according to the latest market research report released by keybanc, a market research company, iPhone sales in April 2020 fell by 77% year-on-year and 56% month on month.

1. Substantially reduce the price of iPhone 11 series in China, with a maximum price reduction of 1600 yuan; 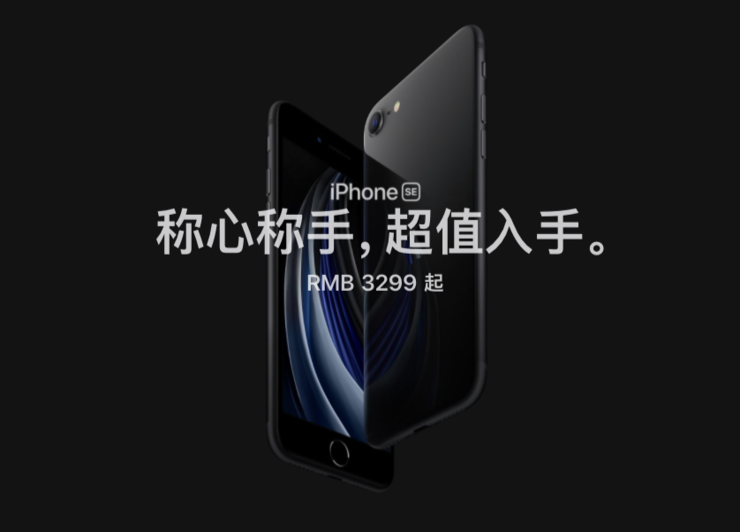 However, with the spread of the epidemic, in the face of the decline of iPhone sales worldwide, Apple's initiative is basically unable to save the situation.

What shall I do?

On the one hand, of course, Apple has a lot of cash flow, which can survive the global epidemic. On the other hand, although the epidemic has affected the pace of iPhone 12 series products, fortunately, the epidemic has been controlled in the Chinese market, so the impact is limited.

So the iPhone 12 series is particularly important.

And it needs to be good enough, bright enough, and persuasive enough to allow money-watching consumers to open their wallets and buy the latest iPhone 12 series after the release

So apple can't afford to lose or delay the iPhone 12 series. It must come to consumers at the right time with the best product features and the most persuasive price.

On the one hand, as the mobile communication industry moves from 4G to 5g, iPhone chooses to launch 5g in 2020 to meet this historical development opportunity. Especially when major Android manufacturers have launched new 5g mobile phones, apple is also imperative to 5g.

On the other hand, the shape of the iPhone itself will change, will completely abandon the Home button and TouchID fingerprint identification function, so as to embrace the full screen. The new generation of iPhoneSE, is also more like an end to apple's previous iPhone.

From this point of view, the iPhone 12 series is more like a milestone, which is too important for apple. 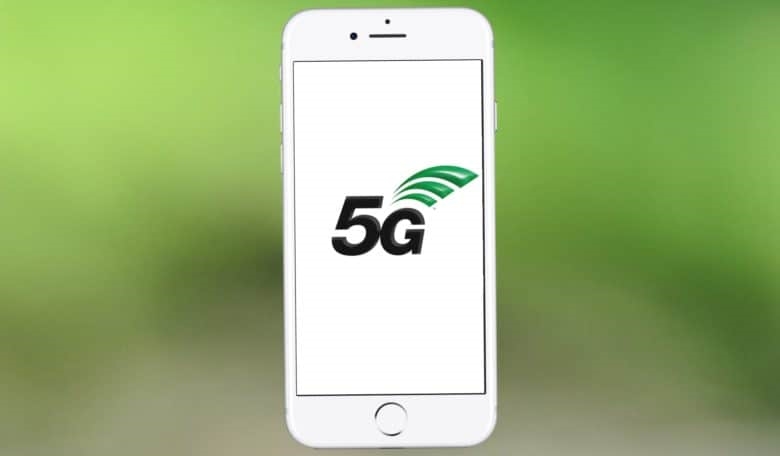