Sales list of luxury and medium-sized SUVs: ES6, the top three of BBA, has achieved the best result in the history of Chinese brands

According to weilaiguan's wechat, in April, the number of insurance companies was newly released,Weilai ES6 occupies the seventh place in the luxury and medium-sized SUV market, is the best achievement in the history of Chinese brands, and has been the champion of pure electric SUV market for eight consecutive months。 At present, the price of Weilai ES6 is 3580-548000.

According to the data released by China Automotive Technology Research Center, in April, luxury and medium-sized SUVs ranked in the number of last risks in April,GLC, BMW X3 and Audi Q5 of the top three German companies are ranked in the top three, with 13898 vehicles, 12172 vehicles and 11251 vehicles respectively insured.

In this market segment, BBA still has an unshakable position. Mercedes Benz GLC, BMW X3 and Audi Q5 are also the only three models with a monthly risk of more than 10000.

According to the official data of Weilai, in April, Weilai delivered 3155 sets, and in 2020, it delivered 6993 sets in total. Sales in April rose 181% year-on-year and 106% month on month, doubling for two consecutive months.

Wei Lai said that the formal signing of the strategic agreement with Hefei has enabled Wei Lai to have more sufficient funds to support long-term business development. 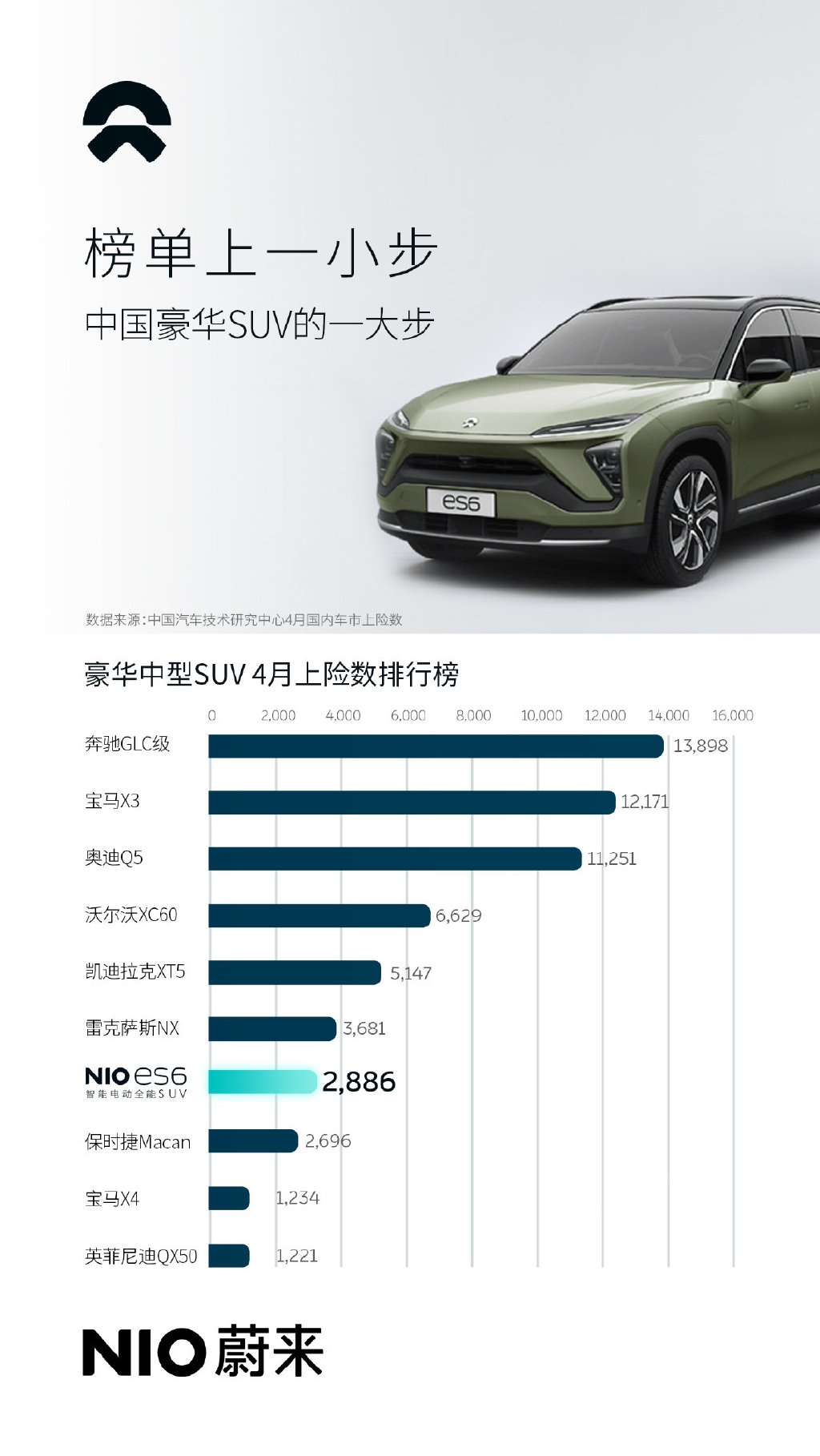