NASA are studying the mysterious pulsations of a star called Delta Scuti, using the transcontinental exoplanet survey satellite (TESS), foreign media reported. Astronomers have used TESS to detect pulsating patterns in dozens of young, rapidly rotating stars. Astronomers believe the discovery will help revolutionize their ability to study the details of star age, size and composition. And these stars are named after the first of their kind -- Delta Scuti.. 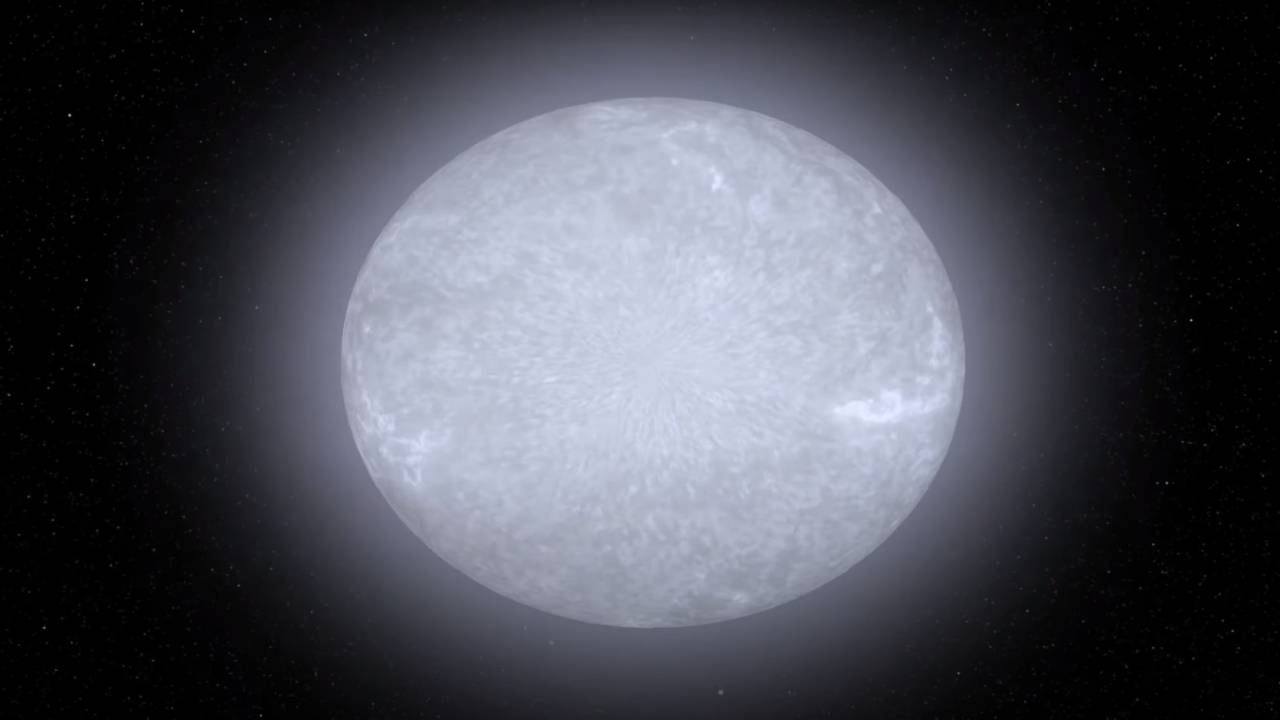 Delta Scuti stars vibrate in interesting ways, and their patterns have challenged scientists' understanding. "To use music as a metaphor, many stars move along simple chords, but Delta Scuti stars are very complex, and their notes seem disordered," said Tim bedding, Professor of astronomy at the University of Sydney. Tess has told us that not all of them are like this. "

Scientists are using techniques that some geologists use to understand the results of the earth's interior during the study of seismic waves. They applied the same principle to the interior of stars and studied the pulsation of stars in a field called astroseismology. Sound waves can travel through the interior of a star at a rate that varies with depth. On the surface of a star, waves combine with pulsating patterns.

Astronomers can detect these patterns to understand tiny fluctuations in brightness and use them to determine the age, temperature, composition, internal structure, and other properties of stars. Delta Scuti stars are 1.5 to 2.5 times the mass of the sun, and their namesake stars are in the southern Scutum constellation, visible to the naked eye.

Usually, it is difficult for scientists to explain the pulsation of stars. Stars rotate once or twice a day, at least a dozen times faster than the sun. Tess can monitor large areas of space for 27 consecutive days and take photos with four cameras every 30 minutes. However, because the exposure speed is too slow to capture the pulse every 30 minutes, Tess will take Delta Scuti images every two minutes to capture the changes. Through these images, scientists found a subset of delta Scuti, which has regular pulsating patterns.

After knowing what to look for, the researchers looked for other examples in Kepler's data, and finally identified 60 Delta Scuti stars with clear patterns. The breakthrough allowed scientists to understand the star and compare it to a model they had never been able to do before.

Related news
The NASA TESS exoplanet probe found the smallest exoplanet ever
NASA's "Planet Hunter" TESS observed for the first time the process of devouring a star by a black hole
Hawking's breakthrough listening project will join hands with NASA Tess mission to search for extrasolar life
NASA Tess allows scientists to investigate the mysterious pulsation of delta Scuti stars
NASA Tess's dazzling "panorama" hides 74 exoplanets
Tess found three planets orbiting a young sun like star
Hot news this week
The developer of the dating app Tinder has reached an agreement with Google over billing rules for its app store
Still did it! Canada has banned Huawei and ZTE from participating in the country's 5G network on "national security" grounds
Red Elf Lightning erupts in the Himalayas Spectacular Spectacle: Experts Reveal What Exactly Is This?
The founder of the Internet Quick Hand Su Hua was taken away for investigation, and the fast hand responded: the news was not true
Wang Xiang, president of Xiaomi, explained that a shortage of low-end chips is a major challenge in overseas markets
Or for Studio Display Pro, the release of Apple's 27-inch Mini LED-backlit Display has been delayed by October
Tencent Q1: The business service business has "slightly decreased" year -on -year, and resource centralized video cloud and network security | View financial report
One picture to understand! Blue Factory has issued 3 new machines in a row: self-developed chip blessing, the narrowest lower border
Sony released the active noise-canceling headphones WH-1000XM5, equipped with 2 chips and 8 microphones
Tencent established a smart technology company in Chengdu, and its business scope includes Internet data services
The most popular news this week
Xiaomi's first Leica flagship! Xiaomi Mi 12 Ultra's latest appearance map: the screen ratio is amazing
The founder of Xiaopeng Auto! He Xiaopeng uses "Keda Duck" to ask for help online
Not afraid of merchants "first rise and then fall"! 618 Taobao launched a new feature: one-click refund of the price difference
How does the Internet make People Copy each other
Fed Vice Chairman: The future digital dollar may complement the coexistence of stablecoins and commercial bank currencies
ZHANG Pingan, CEO of HUAWEI CLOUD: The value of data governance in China has not been fully tapped Data and AI should be accelerated
Shenzhen Atmosphere! The sales price of mobile phones, computers and other products is subsidized by 15%
Microsoft shows third -party components: Win11 chicken rib function is saved
No need to grab it! Sony announced an increase in PS5 shipments
Audi advertising poster photos only sell for 8 yuan? Photographers question the unreasonable use of the photo purchase