What is the origin of the running sheep in Silicon Valley? Providing grazing service is far more efficient than mower

On Tuesday, a delightful short video news brought a lot of joy to Silicon Valley. In the Community streets of San Jose, Silicon Valley, two hundred goats, regardless of the family order, gathered in groups, galloped on the streets, regardless of social distance, and rampaged in the green belt. The suffocated residents went out to watch the scene, but they thought it was very fresh.

The scene took place at 5:30 p.m. local time on Tuesday in the evergreen community east of San Jose, Silicon Valley. The incident itself was simple: a group of goats grazing broke out of prison and ran into the residential area. But the runaway scene lasted less than 10 minutes, and the shepherd and the Collie soon took control and took the sheep out of the residential area. However, it took more than an hour to clean up the sheep dung which had been scattered all over the place. 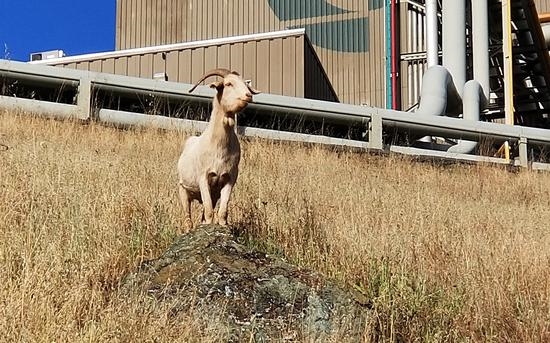 Why are there sheep on the streets of Silicon Valley? What are they?

According to San Jose resident Roland (Zach Roelands), who released the video, the sheep came to their community to graze in the back hills. His father told NBC television that 15 years ago, when the lawn mower hit a rock and set off a mountain fire, they invited goats to weed several times a year. This time it got out of control because there was a goat leade

Now, let's get down to business.

Don't underestimate these goats, they are indispensable fire guards in California, or the guests of Google's headquarters campus. There are several companies in San Francisco Bay that provide goat-to-door grazing services. Every year from mid-April to mid-July, these goats are full of grass-eating schedule, can not eat.

These goats are full of food and drink, fat and strong, but also clean up the weeds, vines and shrubs, help residents clear the backyard of the headache of the poisonous weeds, in addition to California's most important mountain fire hazards on the hillside. And the shepherds not only get the sheep feed for free, but also charge a certain fee for the weeding service. It's a lot of money in one stroke.

Wildfires are the biggest natural disaster in California. This is a typical Mediterranean climate with clear rainy and dry seasons. It is wet and rainy in winter every year, and the mountains and fields are green. In summer, it is hot and dry, and it is yellow. From May to November, most parts of California had little rain for half a year.

Hot weather and dry hay are great fire hazards. From July to November every year, thousands of wildfires, large and small, will break out in California, causing huge economic losses and sharp deterioration of air quality. In recent years, the abnormal climate has increased the fire prevention pressure in California. 2019 is the most serious year of mountain fires in California. There are more than 8000 mountain fires in total. If you often smell a burning smell in the air, you will know that another fire broke out nearby. 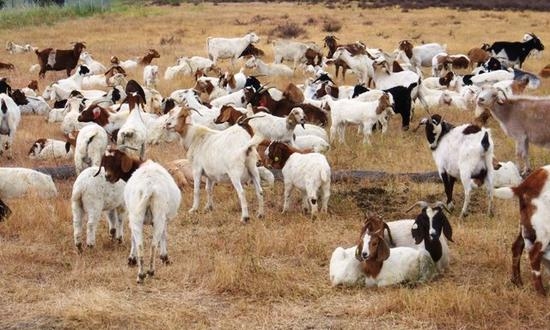 It is an important fire prevention measure to remove the withered grass and shrubs on the hillside before summer. However, it is not suitable to use mowers on the rugged hillside terrain. Herbicides not only cost too much, but also pollute the soil and affect the growth of other trees. In this case, the goat becomes the most suitable fire guard for Silicon Valley. The hillside of San Jose evergreen mentioned above is weeded by the goat every year. Even the fire department asked goats to remove the hazard, and the cost of weeding per acre (4046 square meters) even exceeded $900. 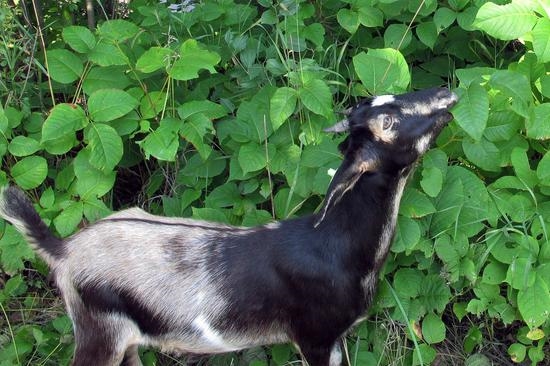 What's more, goats can also eat some poisonous plants, such as poison ivy, which may make people allergic. These plants are very common in the United States, but their leaves, branches and roots contain a toxic oil called urushiol, which can cause people to have extremely itchy allergic rash, and there is no drug to eliminate the disease. Manual cleaning is troublesome and requires gloves, goggles and protective clothing. However, the poison of human is the favorite food of goat, and the poison of poison Pueraria has no effect on goat. 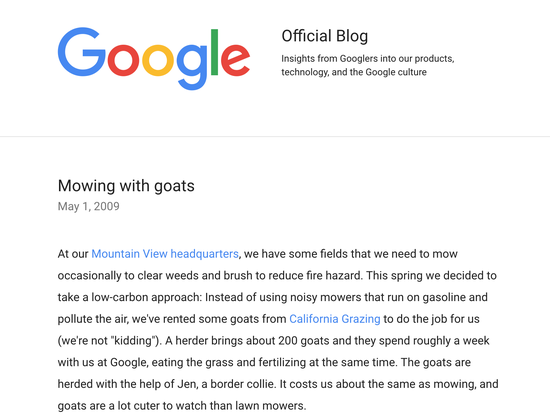 Google mountain view city headquarters park also has a large area of hillside. In the past, using a lawn mower not only makes noise, but also burns gasoline. Since 2009, Google has invited goats to weed its headquarters park. 200 sheep can eat for a week to completely weed the hillside of the park. The staff can see from the office that the sheep on the hillside seem to have a bit of rural scenery. Of course, for Silicon Valley, which advocates environmental protection and nature, weeding with goats can also get a good reputation. Google also announced the news on its website.

But it should be emphasized that goats are not weeding tools. The grass they have eaten is not as smooth as that cut by the lawn mower, which will leave potholes and potholes. It is not suitable for conventional mowing of family or viewing lawn, nor for professional lawn of golf course. These lawns still have to be mowed. But those grassy hillsides, it is clear that goats can better control vegetation.

Moreover, it is not realistic for ordinary people or companies to raise several sheep to weed. In addition to eating grass, sheep also need to be supplemented with other nutrients. It can be seen that Google does not have the pursuit of raising pigs like Netease, and does not consider raising sheep by itself. So it's easier to hire a shepherd to eat grass for a few days. 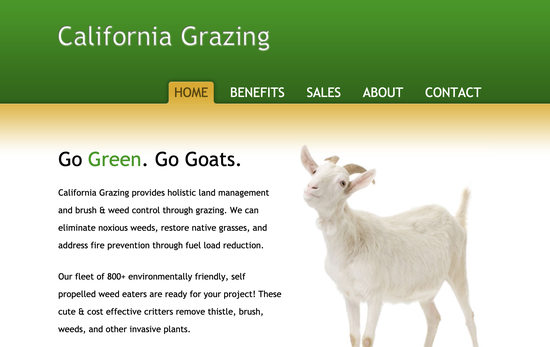 California grazing, hired by Google, specializes in weed removal in Silicon Valley, with more than 800 goats. They have been herding for 30 years and have only begun to provide home weeding services in the past decade. In addition to herding sheep, they also sell trained nomads to surrounding pastures. Herding sheep is the duty of the border herdsmen. It's too hard to stay at home. Of course, they also sell goats.

Which sheep are most suitable for weeding? Mixed sheep are the most efficient. Lamancha, Boer, Nubian, alpine, Saanen and Toggenburg are all suitable breeds. They are not only strong in constitution, strong in adaptability and large in appetite, but also high-quality dairy or meat goats.

According to the data of the U.S. Department of agriculture, the United States has raised 5.2 million sheep, while only 2.5 million goats, 80% of which are used for meat, 16% for milk and the rest for wool. Texas is the largest goat farm. 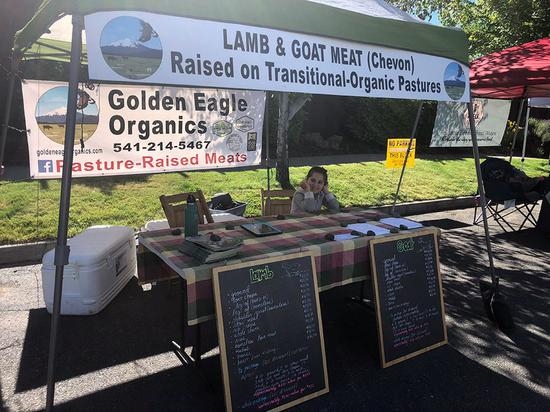 Goat meat? In fact, the American tradition is more accustomed to eating lamb. Lamb and mutton on the restaurant menu are generally lamb, while goat will directly write goat, chevon and cabrito on the menu. But Caribbean and Asian people like to eat goat meat. They call it mutton. There are many Indian restaurants in Silicon Valley that serve goat meat. Compared with sheep meat, goat meat is more chewy, but it has a special smell, so many people don't like it very much. 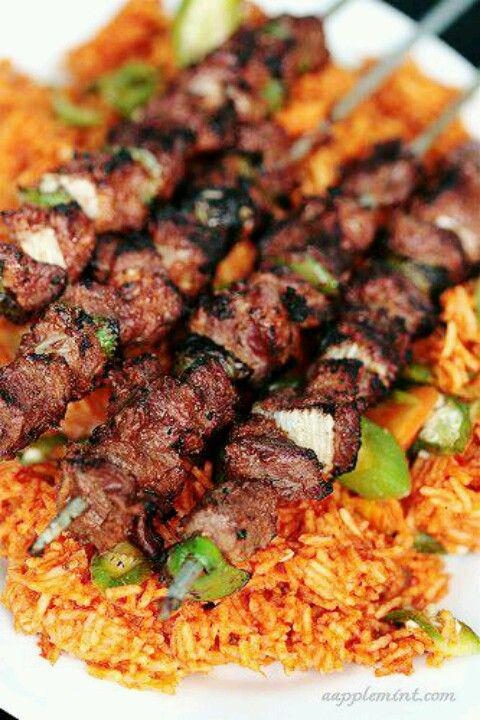 I can't. I want to roll strings here. Whatever mutton it is, put more cumin.