Windows 10 may 2020 (20h1 / version 2004) will be officially launched at the end of this month, introducing a large number of updates including WSL 2.0. Microsoft has now finalized the development progress of Windows 10May 2020 feature updates and provided RTM versions to Release Preview channel users. 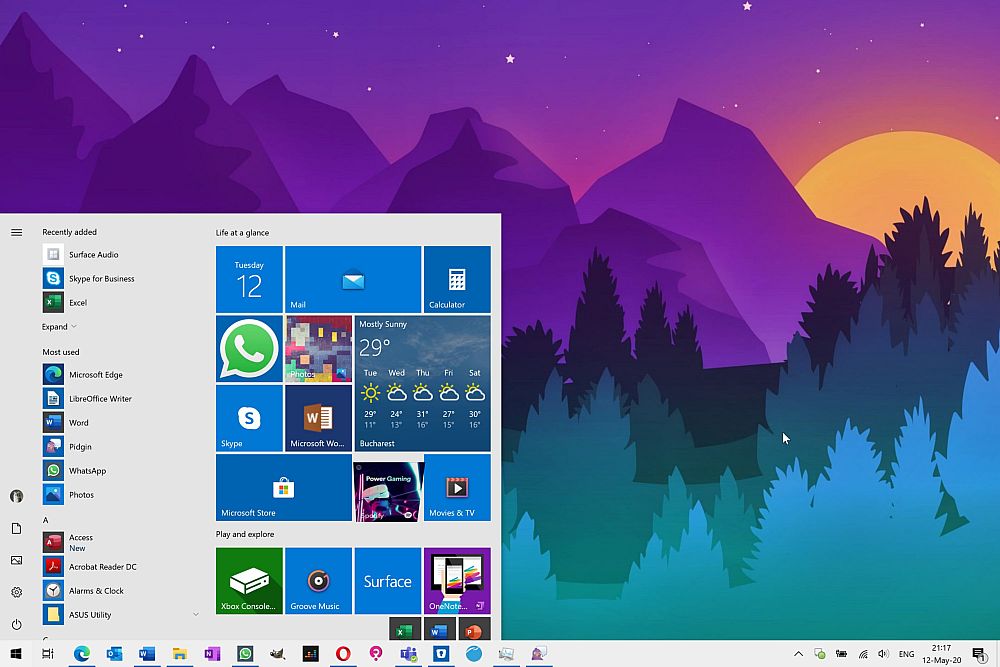 Windows 10 A May 2020 update is expected to start pushing gradually later this month, and it will not be pushed to anyone's PC by force, as previous feature updates. 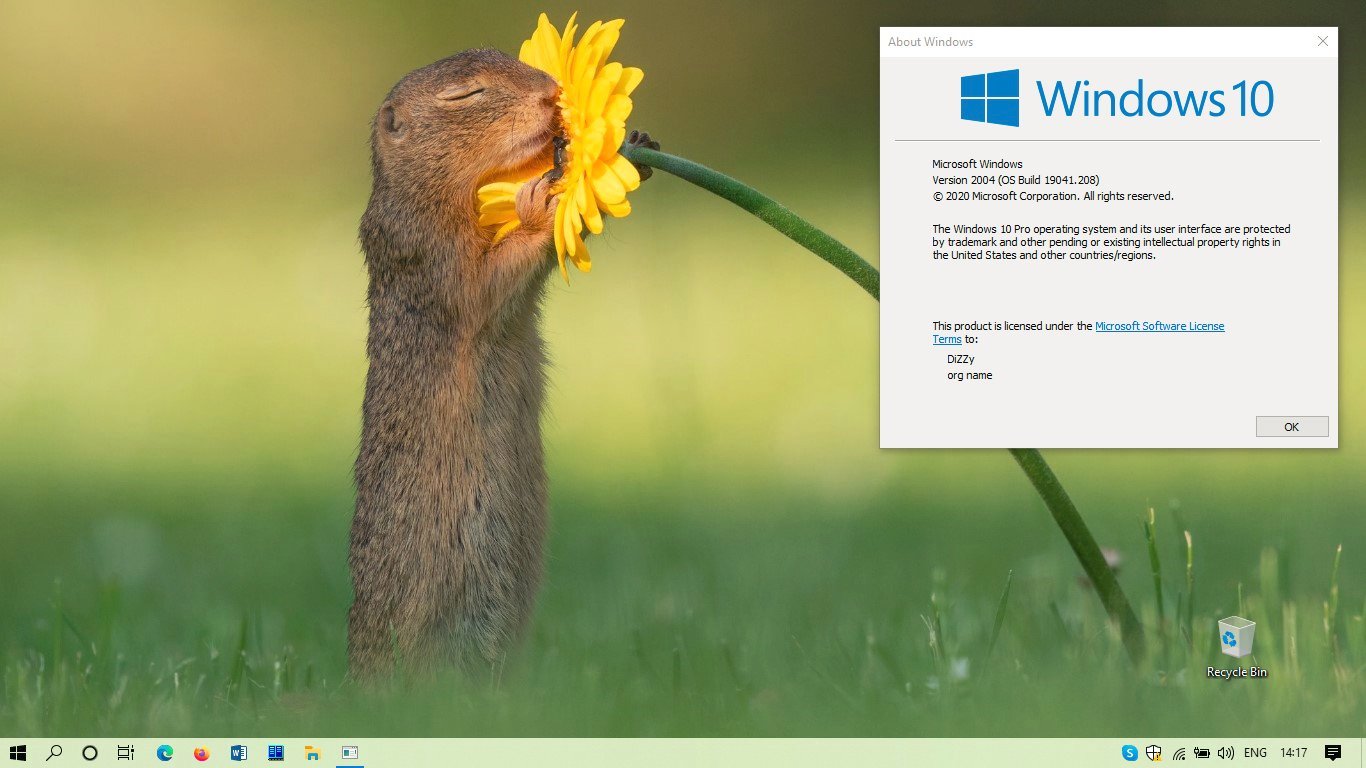 Eventually, it will be in the Windows Update

As for the exact date when the May 2020 update will actually be launched to the public, we expect it to be around May 28.

This seems to be the first phase of the gradual introduction, and a small number of users have been prompted to upgrade. As the scope of the update continues to expand, edge will continue to be installed on all new windows 10 users' computers.

Users can also search the windows 10 kb4559309 independent installation package to install first. After the upgrade is completed and the system is restarted, windows 10 will automatically introduce a new edge browser.

In the windows 10 may 2019 feature update (version 1903), Microsoft introduced a feature called reserved storage. This function can reserve part of the system storage space to ensure that windows updates and drivers can work reliably when the space is insufficient. 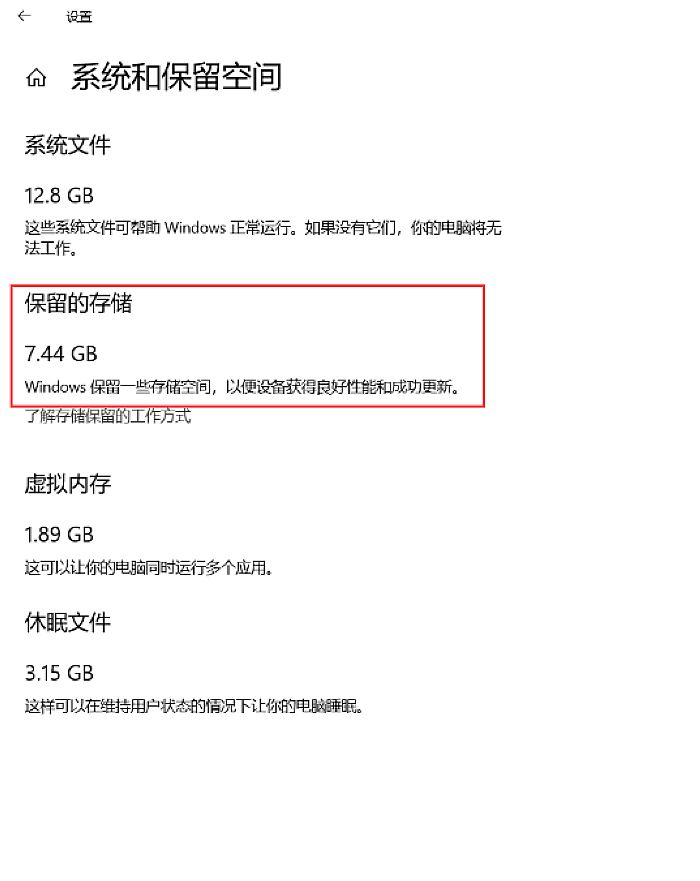 In the May 2019 feature update, reserved storage uses about 7GB of storage by default. However, if you add optional features, install additional drivers, or enable new language packs, this storage space may become larger.

Microsoft plans to introduce a new tool in Windows 10 v1903, v1909 and V2004 to make this process more secure by command. Users will get updates to the (dism) tool, which will give them greater control over the reserved storage. The updated command-line based dism tool will be available later this year in 1903, 1909, and 2004 versions of windows 10.

In the near future, you will be able to enter the following command in the command prompt to manage reserved storage.

Microsoft just announced that since the update (also known as version 2004) in May 2020, the windows 10 OEM channel will bid farewell to the 32-bit version completely.

After that, software giants will no longer offer non 64 bit versions of their systems to OEMs. For customers who are still using the early 32-bit system, Microsoft will continue to provide them with necessary functions and security updates, including the available 32-bit media in non OEM channels, as well as various upgrade and installation solutions.

In short, the announcement covers only three aspects:

(2) Second, old devices, as well as non OEM channels of 32-bit systems, updates and security patches are not affected.

First and foremost, Microsoft said it had finally fixed the performance problem in Windows mixed reality, which had been plagued for many years.

Microsoft added the function of cleaning recommendations to the storage settings. With this new feature and the updated user interface, Microsoft says it can help you find large files, quickly free up space, and store more important files. 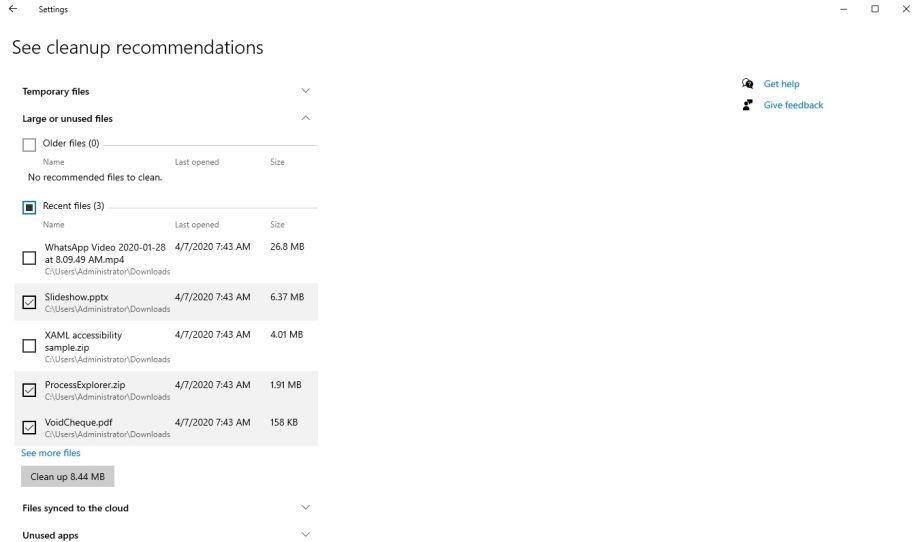 However, microsoft warned that the feature is not based on artificial intelligence, so it only collects all the content under the "recommendations ", and requires users to adjust to the needs. By cleaning up the recommendation, you can delete personal files, uninstall unused applications, delete copies of files that are locally synchronized to the cloud, and find out

In the 20h2 update, windows will put all the big files in one page, so that you can delete them with just a few clicks. If you free up space when installing updates, delete files that have been stored in the cloud, or uninstall apps that you don't use, you can improve windows performance and reduce the chance of problems.

● summer time zone adjustment in the kingdom of Morocco

This is a Moroccan only problem, but it is still a welcome improvement.

In addition to DirectX 12, Microsoft has optimized the game experience in many ways When you run a game like CS: go in borderless mode, and another window is running next to it, the same problem will appear in the single display settings. If you move another window on Windows 10, you may notice stagnation in windowed games.

These problems seem to have been fixed in the windows 10 2004 release, and moving windows between two displays does not seem to cause any pause. 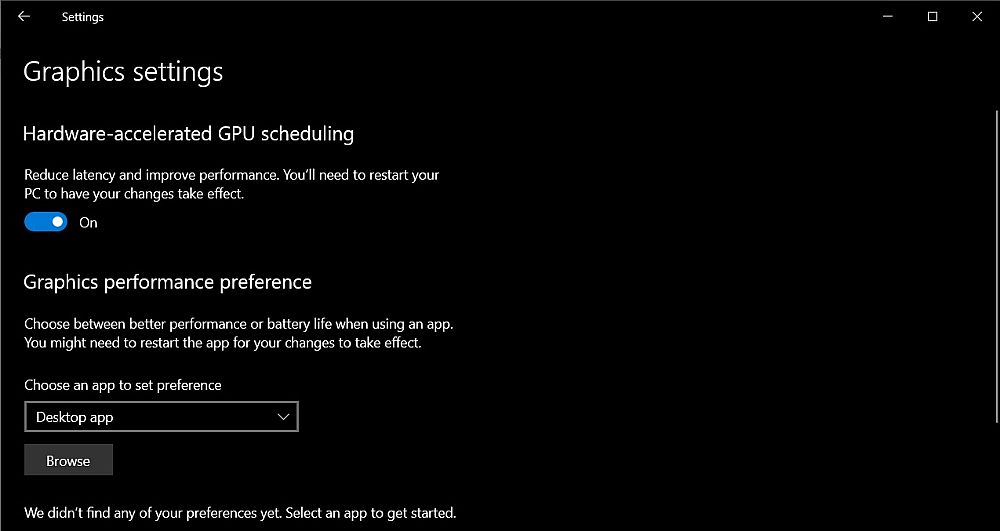 The upcoming windows 10 may 2020 update will change the way windows search searches are indexed, reducing high disk usage. It includes a new algorithm that automatically detects high disk usage and slows down the indexing process. 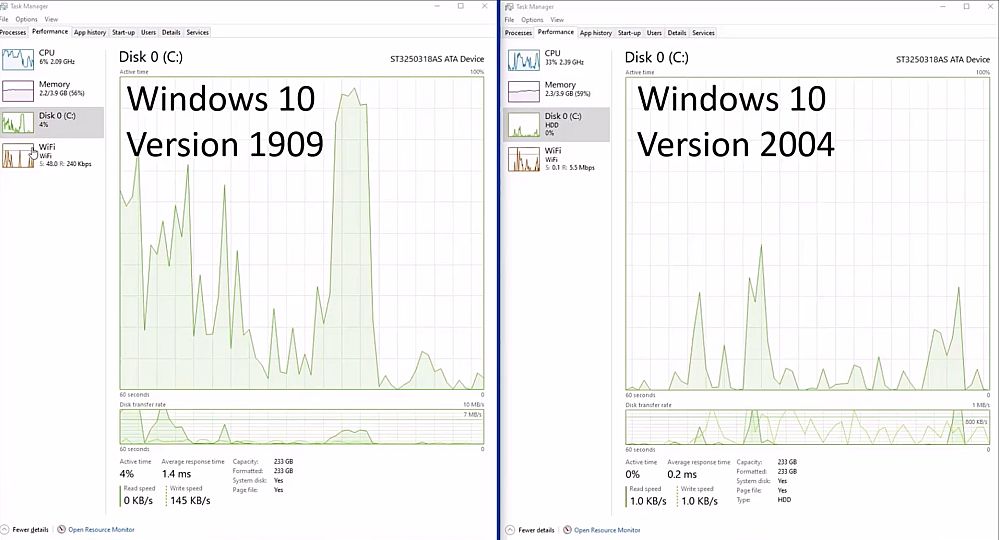 Microsoft also revealed that when you turn on game mode, the windows search indexing process will stop running. This will help you when you play games, update game packs, and / or actively use disks. 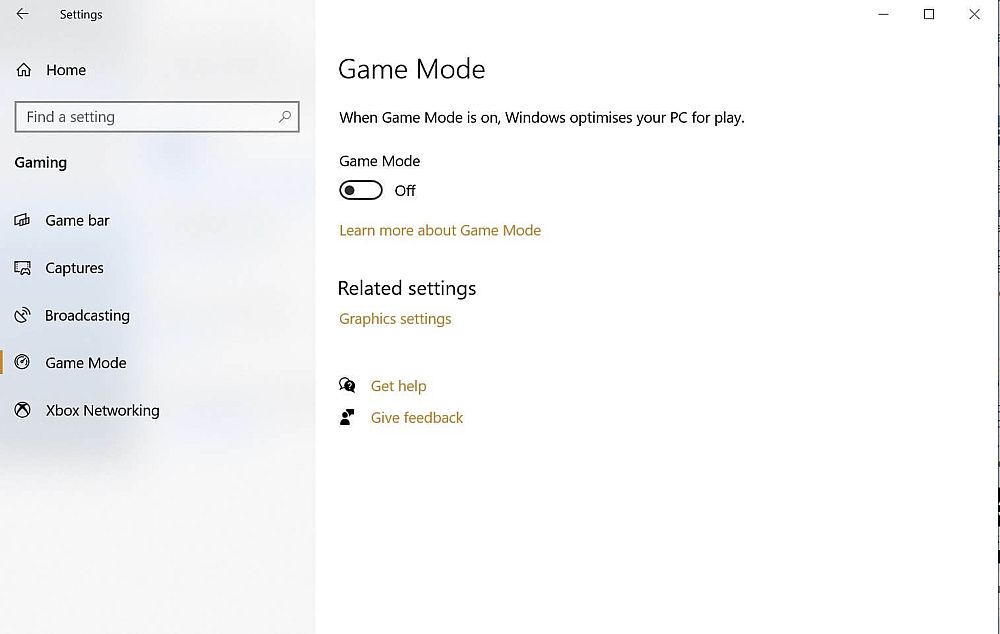 Windows ԡ 10 may 2020 also adds support for DirectX raytracing 1.1, including new technologies, including inline and indirect raytracing. In version 1.1, raytracing execution is determined at runtime, and they are not predefined. Microsoft says inline raytracing is more efficient than dynamic shader based raytracing.

DirectX raytracing 1.1 also allows game engines to load ray tracing shaders on demand. For example, when your game character moves around the world and new objects are rendered, the tracking shader is loaded.

This is another interesting add-on that allows game developers to adjust the shadow rate of the game in real time. It can make proper use of GPU, and it consumes less GPU, which should bring better frame rate.

Related news
In addition to the Sandbox, Windows 10 May 2019 has these small improvements worthy of attention (Figure)
Three ways to upgrade Windows 10 May 2019
Windows 10 May 2019 starts full push Manually check for updates to upgrade
RTM Windows 10May 2020 Experience Report: Finding Three Important Things
Windows 10May 2020 information summary: release time, new features, etc .(figure)
Windows 10 may 2020 will introduce many improvements to easy access (Figure)
Windows 10 may 2020 ready to launch: inventory of major new features (Figure)
Lenovo released a notice acknowledging that windows 10 may 2020 causes many problems (Figure)
For Microsoft to push Windows 10May 2020 deploy more users check updates manually (Figure)
Windows 10 may 2020 update no longer pre installed the connect app by default (Figure)
Hot news this week
Sources say Penguin Random House's deal to buy Simon & Schuster has fallen through
Any chance of taking over the agency? Sources say Tencent has been in contact with Blizzard for at least a year
Blizzard's founder responded to NetEase's contract renewal: Cooperation is a two-way street, and we will do our best to make Blizzard games accessible to Chinese players
Ali suddenly released a new chip, the domestic chip breakthrough, abandoned the American chip fantasy
Better than Huawei or Apple? It is revealed that Samsung S23 uses satellite communication: can also space voice
Players recognized as the best of the year! The Old Man Ring won four awards at the 2022 Pension Rocker Awards
According to sources, TSMC replaced Samsung to win a large order of Tesla's assist driving FSD chip, based on the 4/5nm process
Today is the 18th anniversary of Blizzard's World of Warcraft: unfortunately, the national service will be discontinued in January
Jinshanyun reported revenue of 1.97 billion yuan in the third quarter, down 18.4 percent year on year
Xiaomi Q3 has not returned to the normal growth track. Wang Xiang: The idea of high-end strategic quick wins is incorrect
The most popular news this week
China AVS3 video, audio standards rise! 8K/4K/ mobile for the first time
AMD ripper is finally not lonely! Intel Fever U returns to 56 core hard carry 64 core
The price of Xiaomi 13 to 4,500 yuan has sparked heated debate among netizens: Should you buy Xiaomi at more than 4,000 yuan
Thunder online game accelerator announced that it will be officially suspended on December 1
With the NIL technology, Canon wants to provide China with a lithography machine comparable to the EUV
Wechat iOS version 8.0.31 private test update: Added the function of dragging pictures and videos to send with one key
AMD Zen4 12 core price record low! The cumulative price drop is 20%
Priceless metal is thrown away: One million scrap mobile phones can recycle 68 kilograms of gold
The world's first 6GHz! Intel's "Ashes Edition" arrives early: You're out of the sky
SONY loosen up! PlayStation's multi-year super exclusive is coming to PC