NVIDIA gives up Tesla brand in a low-key way: because of its name collision with famous electric vehicles

In last week's GTC 2020 Conference (video), NVIDIA officially launched a 7Nm amp GPU, starting with the NVIDIA ԡ A100 accelerator card in the data center. It is worth noting that NVIDIA has given up the brand of Tesla this time, and the words "Tesla" are not emphasized in the full text. When it was first published, it meant that NVIDIA had omitted the word "no Tesla" and the government had not corrected it. In fact, it was not omitted, but a new dynasty——German media learned from NVIDIA that the latter had given up Tesla and kept only geforce and Quadro. 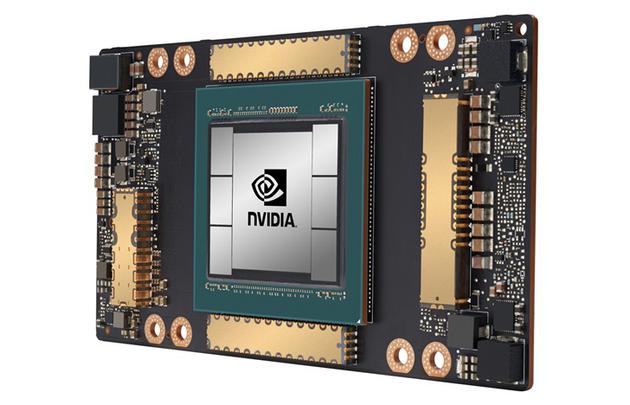 As for the reasons for giving up,NVIDIA said Tesla and Musk's electric car brand have hit each other's names and are easy to confuse.

Speaking of this, the two companies have many origins. Tesla of electric vehicles has been using NVIDIA's Tegra as the processor of on-board electronic system for several years ago. Lao Huang himself is a Tesla fan, and at least two Tesla electric vehicles are in the garage.

However, in recent years, Tesla has started to develop its own processor and competed with NVIDIA in terms of automatic driving. NVIDIA's abandonment of Tesla is also reasonable.

The Tesla of electric vehicles was founded in 2003, NVIDIA launched the Tesla brand in 2007, the first product is the G80 architecture Tesla C870, the latter's core has also been used for the series of graphics cards.

Actually, this change of name isn't now, Last year's Telsa T4 had been renamed NVIDIA T4 understated It's just that the government did n' t make a big announcement and everyone didn't pay much attention to it.

In addition,It's reported that the core naming of A100 actually has a little change. It's no longer called ga100, and G has given upHowever, the existence of ga100 can still be found in NVIDIA's official documents, which is a bit vague.

Related news
NVIDIA Tesla v100s low-key release: full speed up to turn into Tu Haojin
13 years of history NVIDIA gave up Tesla brand in a low-key way: name collision with electric vehicles
NVIDIA gives up Tesla brand in a low-key way: because of its name collision with famous electric vehicles
NVIDIA classic computing card series Tesla to be renamed: too confusing with Tesla
Hot news this week
Tencent Music rose more than 3%, and its average monthly revenue of more than 10,000 musicians in 2021 doubled, and NFT will generate revenue for musicians
China Telecom and Huawei jointly released "Super Time Frequency Fold" 5G Determine Network wireless key technology
CNKI is a wholly foreign-owned enterprise? A-share listed company Tongfang shares responded in this way...
Apple has increased incentives in China to up to 15,000 yuan after cutting the trade-in price in the US
Washing your nose with salt Water may Prevent COVID-19, experts warn
"Tmall responds to over 300 minus 50" to the hot search, netizens: Don't engage in Olympiad, less routine more sincerity
Gree Electric has nothing to do with Gree Real Estate! Dong Mingzhu reiterated that he did not do finance and real estate
Xiang responded to Tesla's lawsuit by saying he was dissatisfied with tesla's arrogant attitude but not defamatory
Microsoft has launched an adaptive mouse for people with disabilities that can be assembled as many parts as they want
After the release of the 2999 yuan new machine, it instantly became the hottest model in the headlines: dominating the list all night
The most popular news this week
The domestic screens are rolled to the 2K screen. Why don't Apple follow the roll?
Experts remind: Do not put disinfection pieces to the sewer, it is useless and harmful to disinfection outdoor outdoor disinfection
Flying Pig's new "Yunyou Museum" can watch the live broadcast of nearly 20 museums in China
DEEPMIND training more than 600 tasks such as chatting, playing games, and accumulating wood
4K display uses 240Hz for the first time! Samsung's new flagship display is coming
Accidentally found a new track! AMD Rayon 7 6800U batch arrived
Better iPhone signal! Apple has released a new official version of iOS
iPhone security big overturn, built-in chip low-power operation, after shutdown can still be tracked location
Hong Kong stocks popular technology stocks rose sharply: JD.com rose more than 9% Ali rose more than 8%
Yu Minhong: Strive to open source while reducing costs quickly, or New Oriental will die