On Valentine's day, Microsoft China announced today that,The new surface go 2 is available for pre-sale and reservation in the Chinese market, with the formal launch of the surface pearls in the same period.Microsoft China said,Surface go 2 is the lightest and most affordable surface device to dateIt not only continues the smart and light design of the previous generation of products, but also brings bigger screens and stronger performance, bringing new choices for businesses, schools and families.

The new surface go 2 continues the previous generation's lightweight, portable design with a starting weight of 544g. At the same time, the pixelsensetm touch screen is expanded to 10.5 inches while keeping the overall dimension unchanged. Official 10 hour battery life. 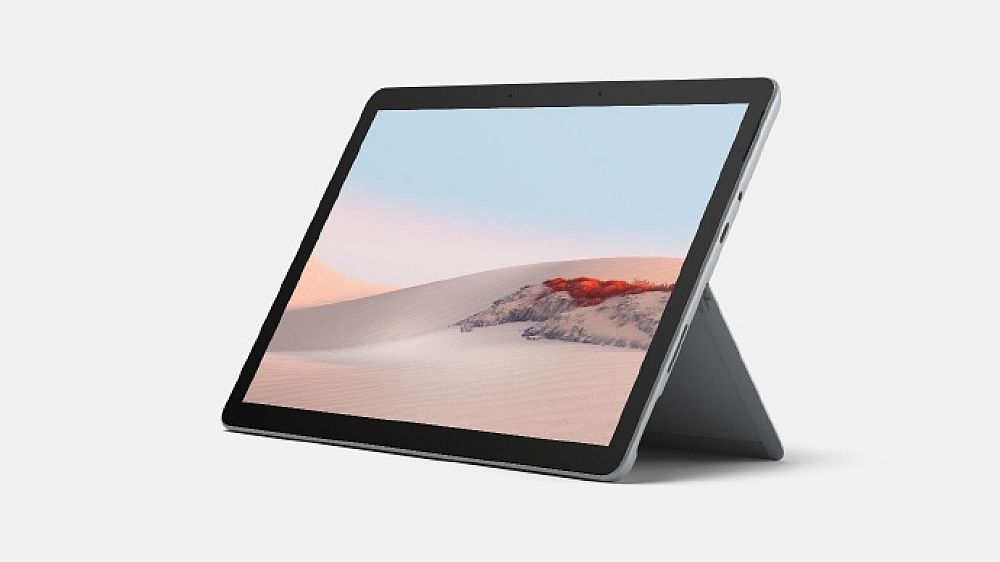 It's a tablet,Surface go 2 can also be used with keyboard cover and surface stylusAs a light productivity tool, such as writing, drawing, making charts and marking documents.

Also on the market is Microsoft's new wireless semi in ear headset surface earpods.The overall style continues the elegant and simple design concept of the surface family. The glacier white body is equipped with a round touch panel, and the innovative design of four fixed points can make the surface pearls firmly placed in the ear. In addition, surface earcups offers three sets of replaceable silica gel earplugs, which are suitable for people with different ear hole sizes.

With Microsoft 365, you can use dictation in word, outlook, and PowerPoint without the help of a screen. In addition, the surface earcups have long endurance, A single charge can support up to 8 hours of listening time, with the wireless charging box to provide additional power, can be used all day.