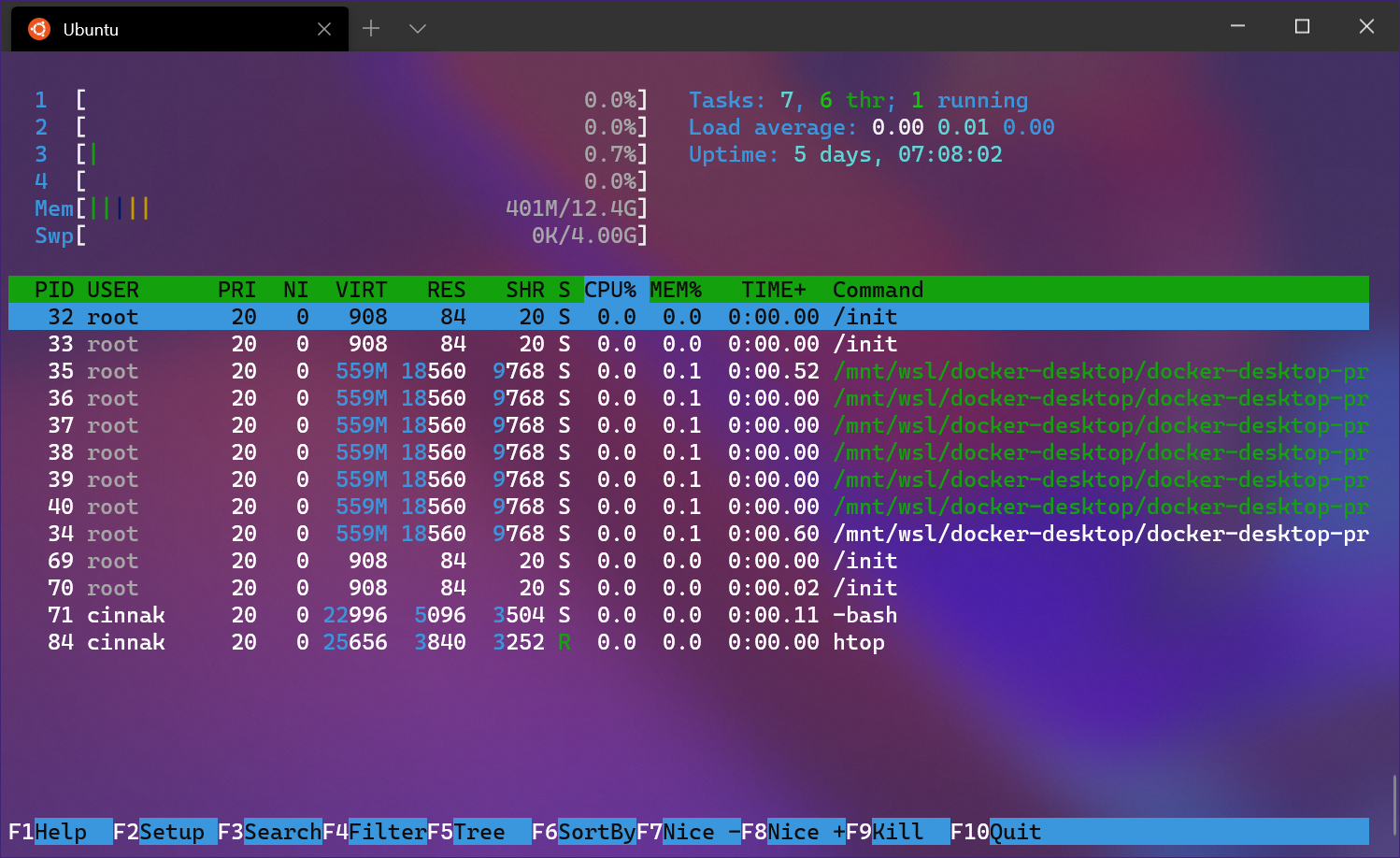 Windows terminal allows users to run any command-line application in tabs and panes. Users can create profiles for each command-line application and open them side by side for seamless workflow. At the same time, each user's profile can be customized according to their preferences. In addition, if a Windows subsystem for Linux distribution or other PowerShell version is installed on the user's computer, the terminal will automatically create a profile for it. 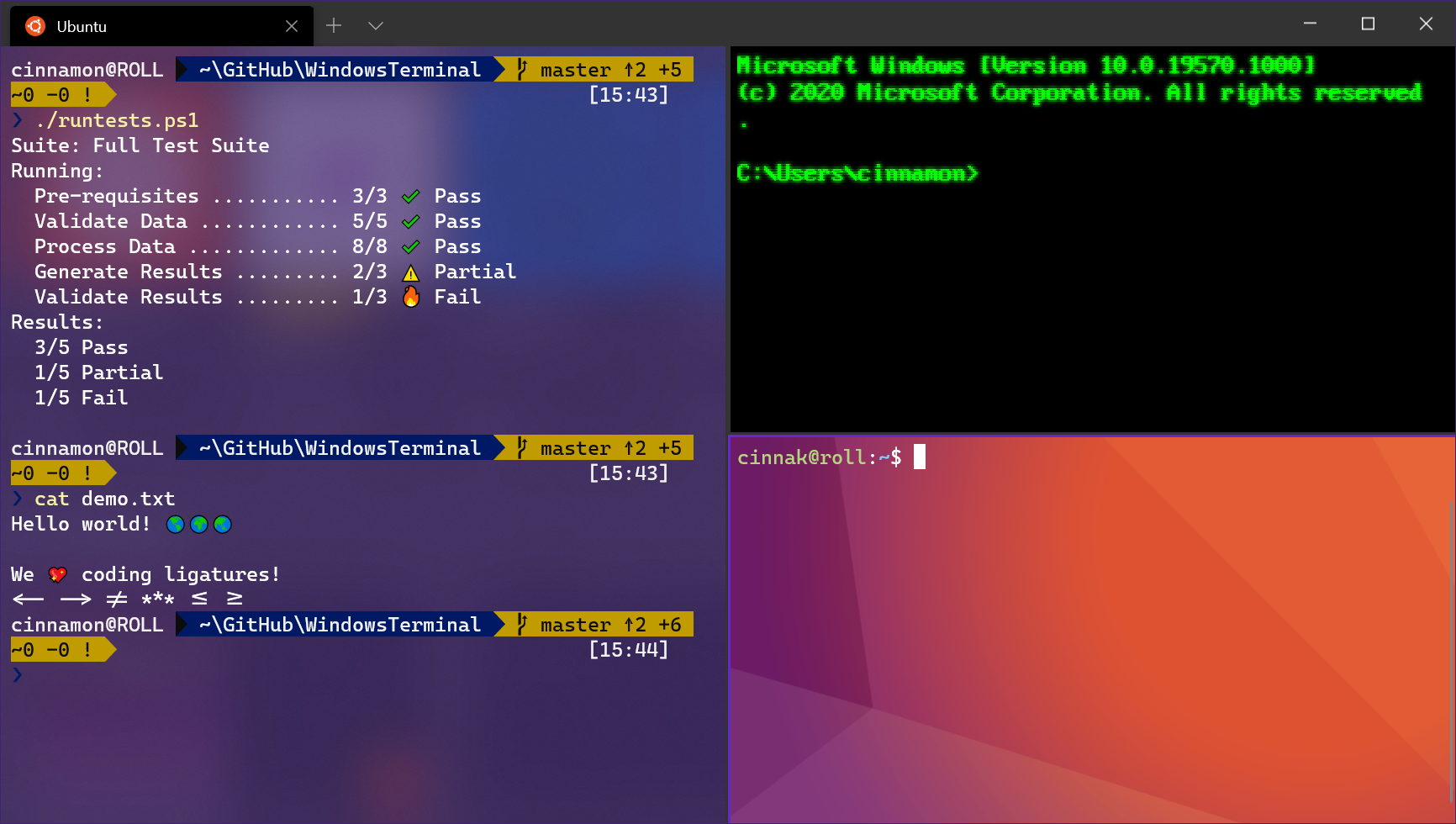 Windows terminal uses GPU to render its text, providing a faster experience when using the command line. The renderer also supports Unicode and UTF-8 characters. It gives users the opportunity to use the terminal in multiple languages, and also displays all the emoticons they like. Finally, Windows terminal now comes withCascadia Code 2005.15。 The default font setting is Cascadia mono, which is a font variant that does not include programmed hyphenation. 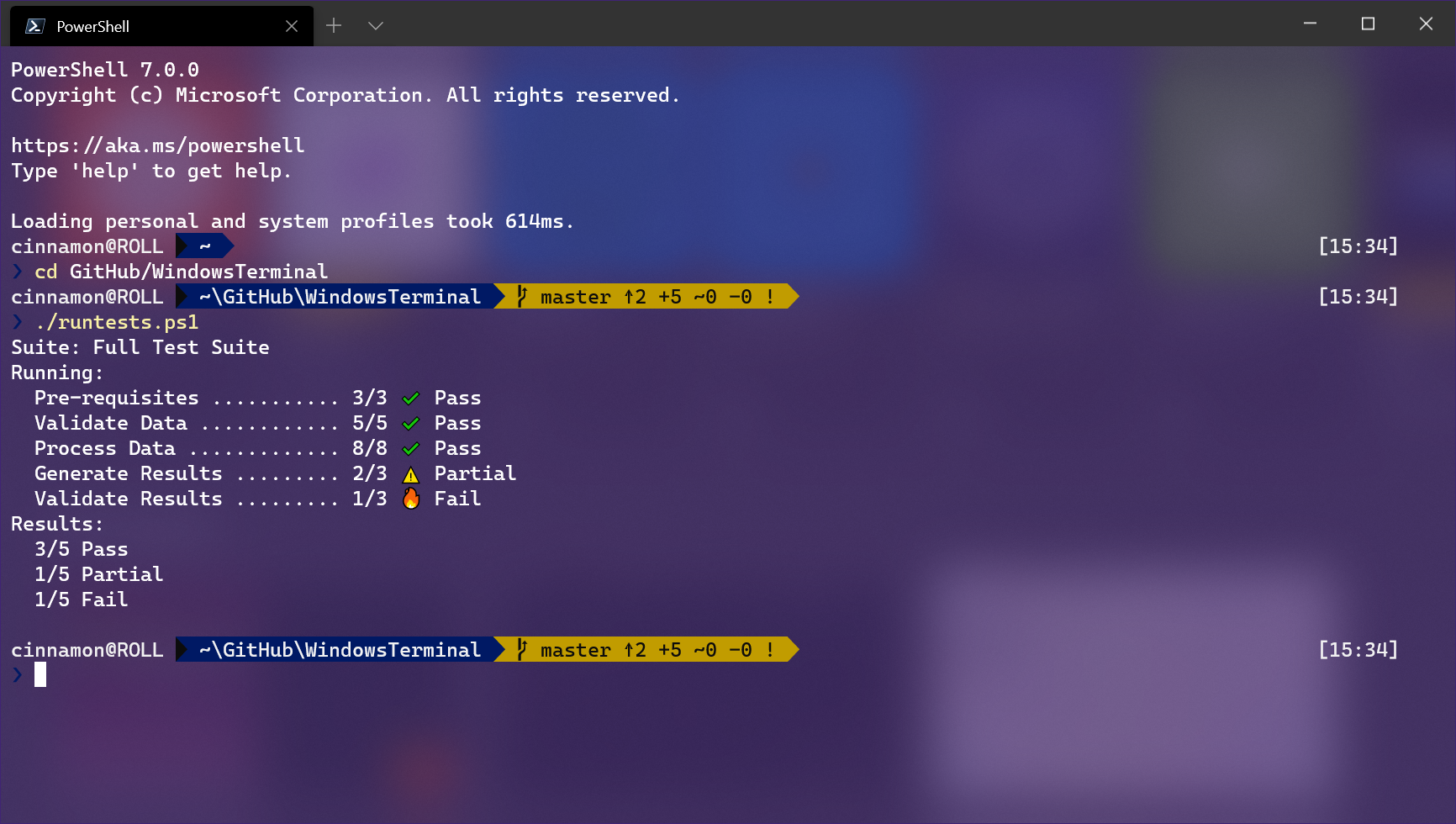 Windows terminal is full of settings that provide unlimited customization. Users can have acrylic background and background image, as well as unique color scheme and custom font to achieve their own personalized experience; they can also add custom key binding. In addition, whether on windows, WSL, or SSH, each profile is customizable to match the user's workflow needs.

The other is the retro terminal effect setting, which increases the support for luminous text and scanning lines in the text buffer, thus providing the feeling of using the classic CRT machine.

More details can be found on the official blog:https://devblogs.microsoft.com/commandline/windows-terminal-1-0/