On May 22, Lu Weibing, President of Xiaomi group in China and general manager of redmi brand, warmed up redmi 10x.

It is reported that,Optical anti shake technology can detect jitter at high speed through gyroscope and acceleration sensor in mobile phone, transmit the signal to OIS processing terminal to calculate the displacement to be compensated, and then transmit the data to micro drive motor in real time, adjust the camera module attitude quickly, so as to effectively overcome the image blur caused by mobile phone jitter. 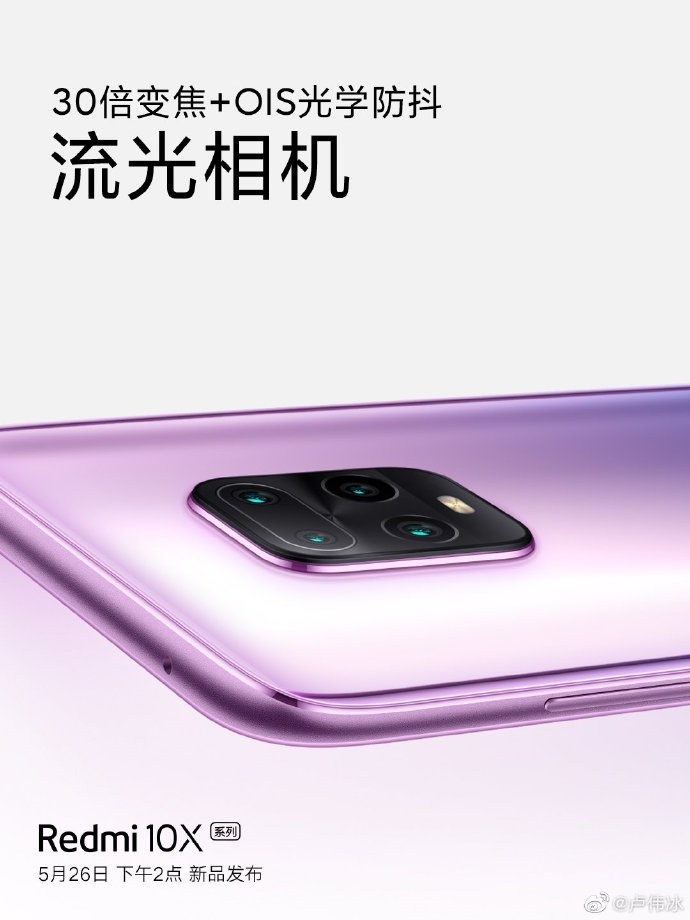 In addition, the redmi 10x brings creative inspiration to the streamer camera. The official said that one click makes you the focus of the crowd.

Core configuration with a 6.57-inch display with a resolution of 2400

The machine will be released on May 26.