The first share of internet medical service returned to Alibaba 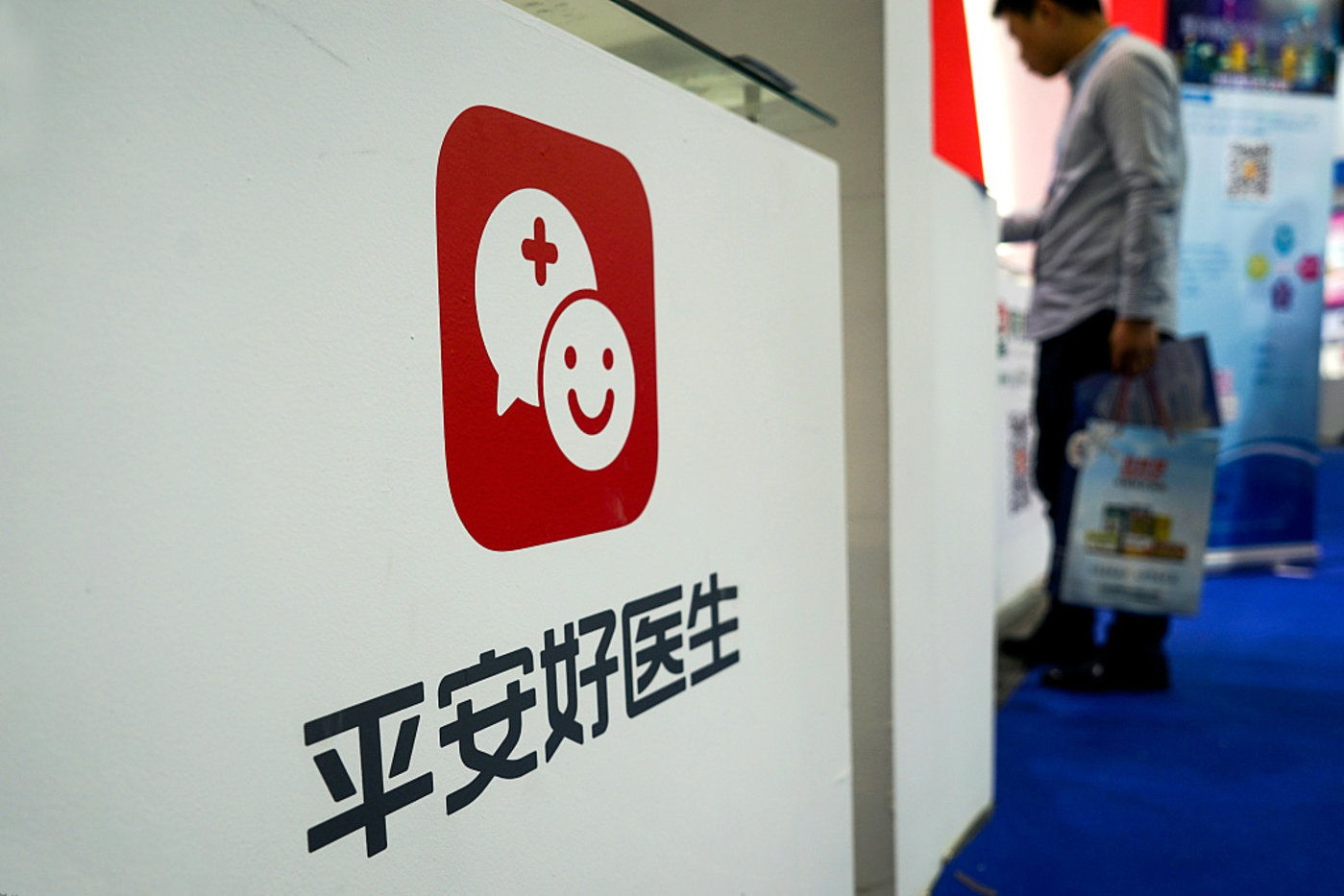 Ma Mingzhe is an outstanding entrepreneur in China. Ping An Group, led by him, was selected as the 7th largest in the world by Forbes in 2019 and the number one diversified insurance company in the world.

But Ma Mingzhe has a medical dream besides insurance and finance.

A good doctor is where the dream begins.

In 2005, Ping An Insurance launched health insurance, but the market performance was tepid.

Until 2014, Ma Mingzhe gathered all his wishes to a good doctor and even dug them up from Ma

According to the rumor, Ma Mingzhe gave Wang Tao three years to build Ping'an good doctor into the industry leader.

With tens of millions of annual salary, Wang Tao with the Ali Department team from 0 to be a good doctor. A year later, this APP is

This number has surpassed Chunyu doctor, who was founded four years ago, and become the number one in the industry.

By 2018, Dr. Ping'an has landed on the Hong Kong stock exchange, with a market value of more than 60 billion Hong Kong dollars. Wang Tao also raised his salary, which exceeded 20 million yuan a year.

By the end of 2019, the total number of registered users of Ping an good doctor reached 315 million, the annual average conversion rate of paid users reached 4%, and the average daily consultation volume was 729000, an increase of 36.3% over the same period last year.

All growth looks so good. 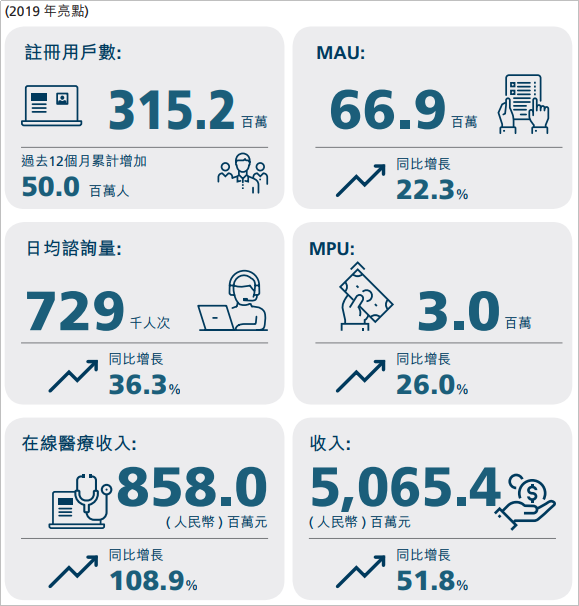 Screenshots from Ping An Good Doctor 2019

Unfortunately, the unicorn has been slow to make a profit.

Five years of loss over 3.7 billion, this should not be Ma Mingzhe want to see results. 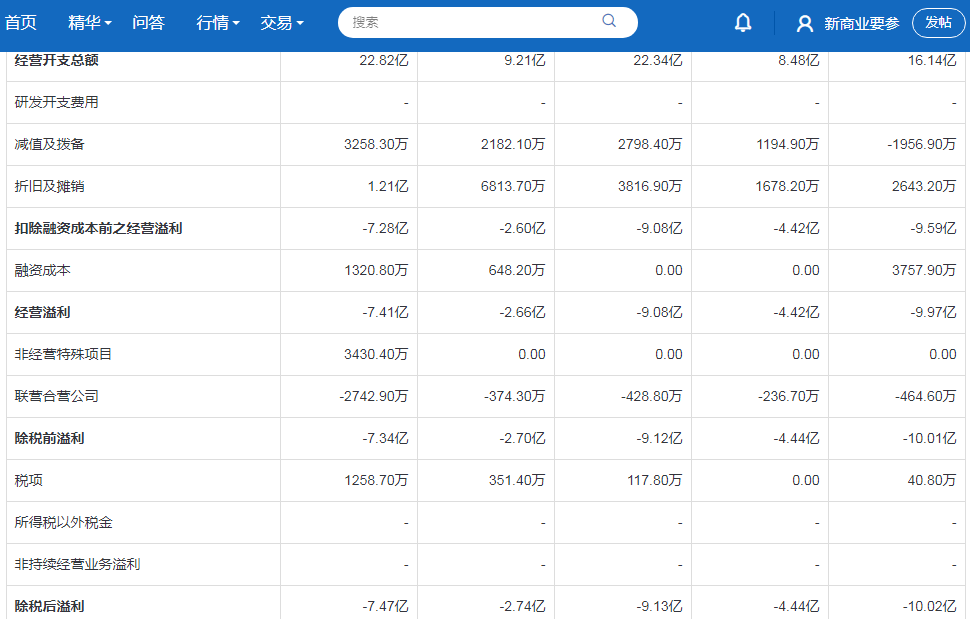 Other than CEO Wang Tao, COO、CPO、CTO and other management has also been removed, the replacement of new management by Ping an Group personally appointed.

The deposed management team, including Wang Tao, was the original founding team of Dr. Ping An, according to Caixin

The first share of internet medical service was withdrawn from Alibaba department.

But we return to the head ,3.7 billion losses, I am afraid in the eyes of Ma Zheming is nothing. After all, in ping an, china, a quarterly tax payment is twice as much as 3.7 billion.

If it wasn't for business performance, which aspect of Wang Tao didn't meet the expectation?

Although Wang Tao has already added a top to the docto

In the 2018 annual report, Dr. Ping An performed bette

To achieve such a large increase, except

Relying on the internal procurement of the group to survive is the open secret of Ping an good doctor.

As early as Ping an good doctor released in April 2018 prospectus shows: 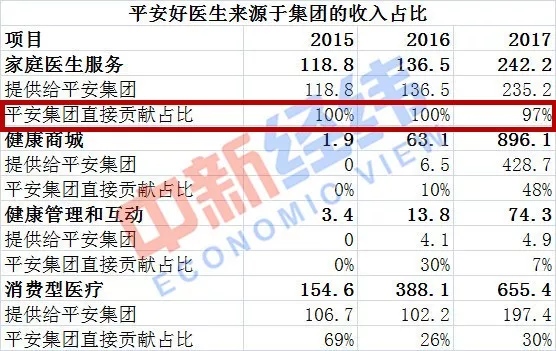 Dr.▨ Ping An Hao comes from the Group's income.

It is reported that the accumulated revenue of the member products cooperated by Ping An Hao doctor and commercial insurance is more than 200 million yuan, serving more than 1 million insurance users.

But the 1 million users still come from Ping An Group's insurance users, who contribute nearly 50% of their income to the Family Doctor Service.

According to the annual report, the top five customers of Ping an good doctor are Ping An Life Insurance, Ping An Property Insurance, Ping An Bank, Ping An health insurance and lufax. In 2018, 43.2% of the total revenue of Ping An Hao came from these five companies.

The consequences of high dependence are naturally the loss of bargaining power. Despite the soaring health mall revenue, its 2018 gross margin fell from 11.7% to 10.8%.

other customers, mainly refers to Ping an Group.

In 2018, Ping an's overall gross profit margin fell to 27.3 percent from 32.8 percent in 2017. This figure is significantly lower than that of peers, including even Ali Health, which is dominated by pharmaceutical e-commerce.

And in the 2019 annual report, the purchase amount reached 2.248 billion yuan. 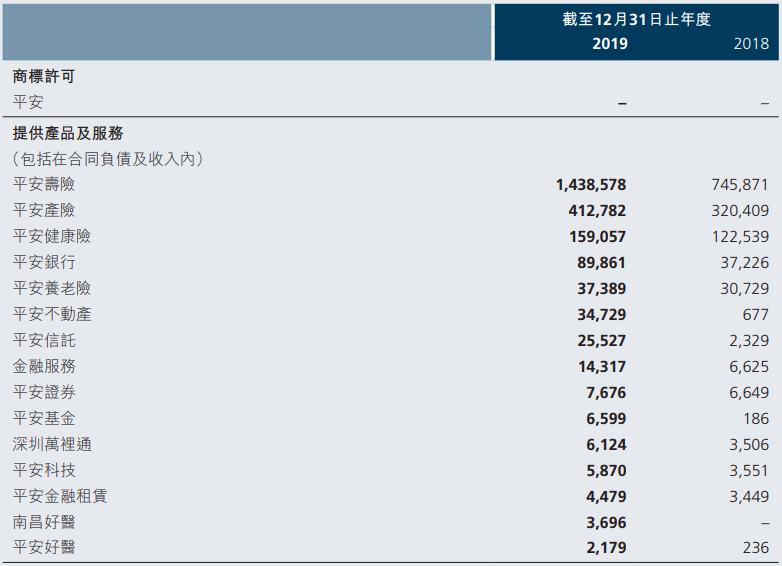 In fact, Ping an good doctor is unconsciously developing towards Ali's health.

As an online consultation app, Ping an good doctors wanted to use the Internet to make up for the shortage of family doctors.

By App online consultation medical services, their own or contracted doctors to carry out real-time response, through the guidance of the doctor link and other business integration.

This is the perfect solution to the problem of mismatch between regions of doctors' resources after the new medical reform in 2009.

But in the Internet's historical subsidy war, Chinese netizens have already been crossed

Although there are more than 66 million monthly active users, and the average conversion rate of paid users has increased to 4%, the family doctor service sector has not obtained the high customer unit price, and its revenue is still insignificant.

The annual report shows that in Ping an Group contribution income of more than 50%, Ping an good doctor 2018 family doctor service sector revenue, only 12.31% of the total revenue.

The proportion of healthy shopping malls is more than half, and gradually increasing. 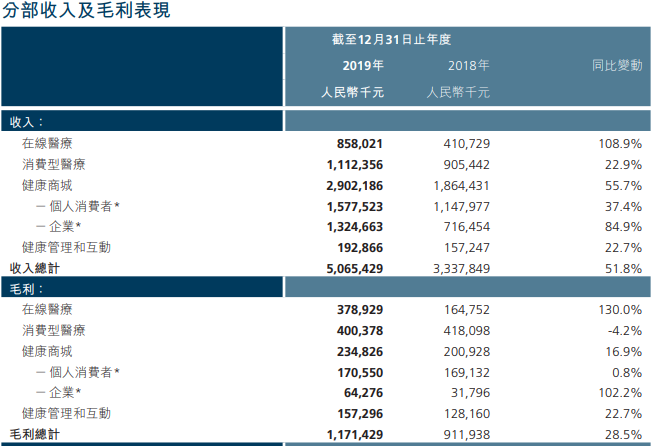 Indeed. The Home Doctor Service, which was supposed to be the main source of revenue, is serving as a traffic portal that attracts users to register through free medical advice.

The health management and interaction sector, more with health information, step-by-step gold and other content to stick and active users.

In essence, this is similar to Ali Health, Jingdong Medicine ,1 drug network and other pharmaceutical e-commerce.

But not only that, Ping'an good doctor even began to build a full range of e-commerce.

Wang Tao has repeatedly mentioned in the interview that there are four stages in the growth of Ping An Hao doctor: improving user scenarios, data accumulation, explosive income growth and large-scale profitability.

In Wang Tao's view, Ping an good doctor is still in the second stage. 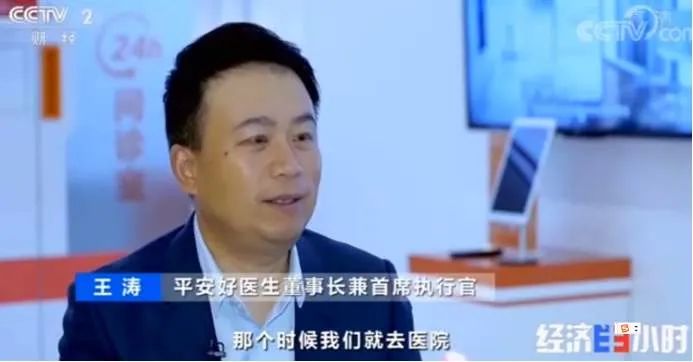 In the user accumulation, Ping an good doctor began to expand the scale of absorption, from online to offline, from home to abroad.

On August 16,2018, Ping an good doctor spent 980 million yuan to buy Ping an million medical treatment. It said the acquisition could

However, in terms of current operation, after the acquisition of Wanjia medical service, Ping'an good doctor still obtains its user resources, and then transfers to each major business segment of app to seek cash.

Acquisition of ten thousand medical care on the same day, Ping an good doctor also announced with the Grab on the establishment of a joint venture in Southeast Asia signed a subscription agreement.

The company is said to be the first company in Southeast Asia to offer online health care.

Currently Grab covers eight countries in the south-east and 225 cities with hundreds of millions of users.

In the specific cooperation, some insiders pointed out that: ping an good doctor will provide additional medical services for users of partners such as grab, while grab and other partners will bring users to ping an good doctor, or even directly promote services.

All in all, Ping an good doctor is still doing traffic business.

This is what Wang Tao's team, who may have ALI gene, is best at.

But when discussing this issue, Pei Benxin, founder of Guanghua doctor group, said on Weibo:

A medical institution has already deviated from its KPI when it regards access, traffic, daily life and guest lists

The deviation from the original intention is probably more serious than the loss of 3.7 billion in five years.

[3] Four years of loss to a good doctor,