Some bloggers said that some of Samsung's models crashed today,This is due to the bug in the old lock screen app caused by leap April of the lunar calendar。

This year is the first day of April,If the calendar app is not updated in time, it may cause system error in calculating time, system bug and crash。 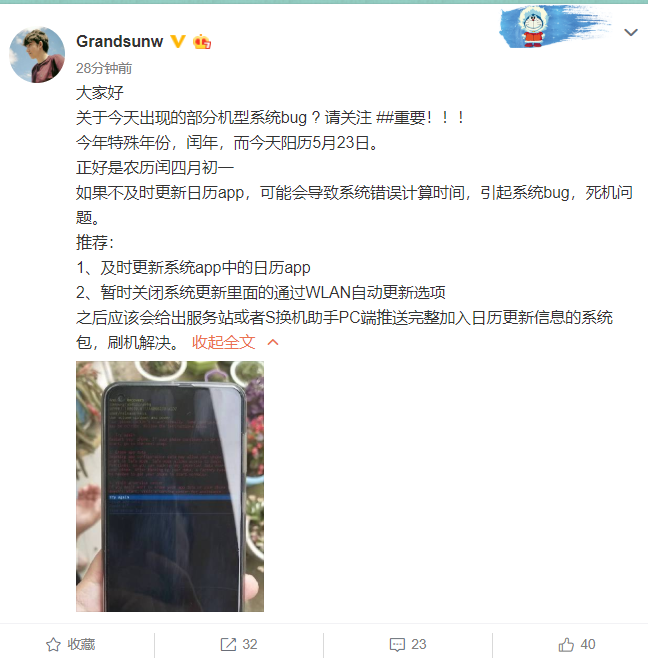 1. Update the calendar app in the system app in time;

2. Temporarily turn off the automatic update via WLAN option in system update.

After that, the service station or the PC side of the s-switch assistant shall be given to push the system package that completely adds the calendar update information, and the solution is to swipe the computer. 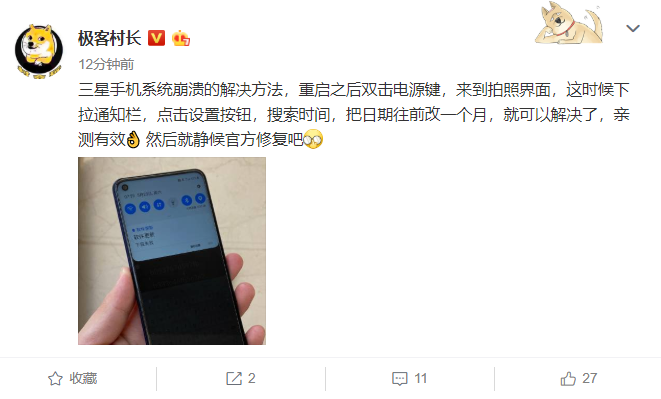 And bloggers share the solution to Samsung's mobile phone system crash:After the restart, double-click the power button to come to the photo taking interface. At this time, pull down the notice bar, click the setting button, search the time, and change the date one month ahead, which can be solved. The pro test is effective. Then wait for the official repair.

It is understood that the collapse of Samsung mobile phone system mainly affected the old models of S series and a series. The latest S20 series seems to be unaffected. 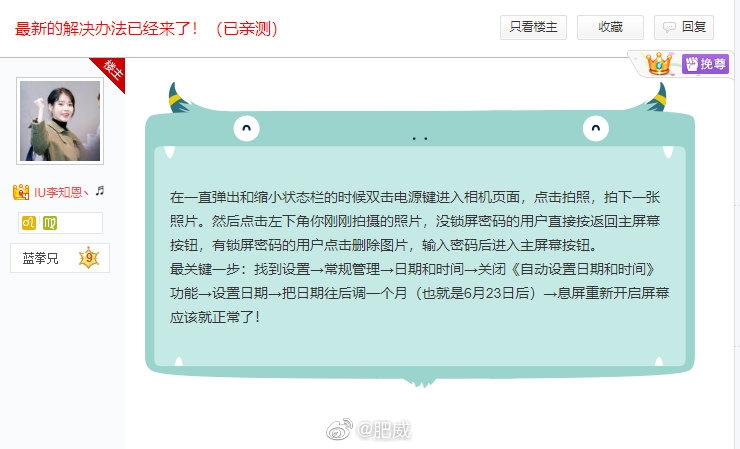