In the research and development of the new crown vaccine, the Chinese research team has once again taken an important step.

On the evening of May 22, the lancet, an international academic journal, published online a new coronavirus vaccine developed by Chen Wei, an academician of the Chinese Academy of engineering. The results show that,The vaccine was safe and produced successfully in volunteers. At the same time, the author points out that although the test results show a good prospect of vaccines, further validation of the effectiveness of vaccines is still needed, and it is too early to talk about vaccine marketing. 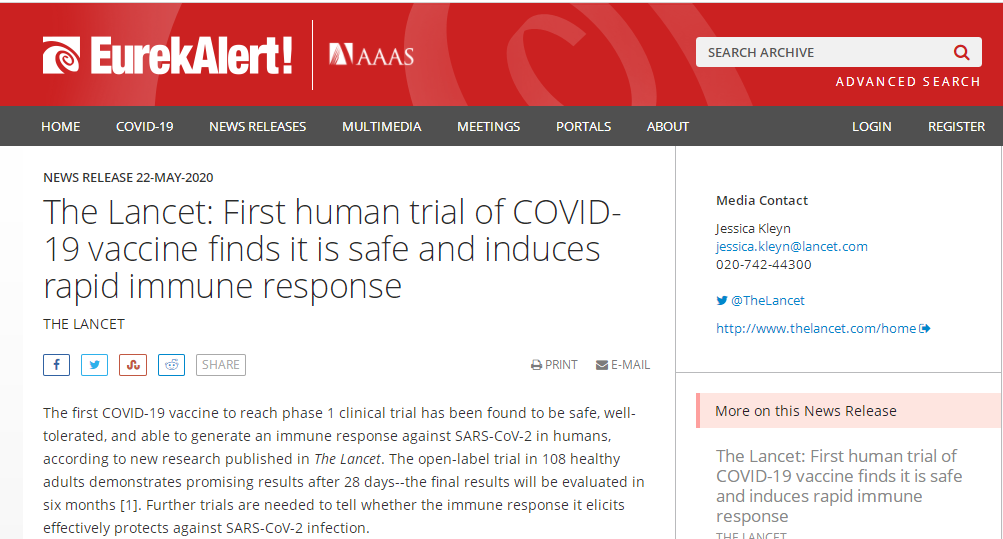 Academician Chen Wei in charge of the research said:

This experiment shows that the new adenovirus crown vaccine with single dose can produce virus specific antibodies and T cells within 14 days, which makes it possible for further study.

Preliminary confirmation of safety and effectiveness

the development of effective vaccines is seen as a long-term solution to control new coronavirus.At present, more than 100 candidate covid-19 vaccines are under development all over the world.

According to the paper, this study is an open label test in 108 healthy adults to evaluate the new crown vaccine with adenovirus Ad5 as the carrier: rapid specific T cell response was found from the 14th day after vaccination, and the humoral immune response to sars-cov-2 peaked on the 28th day, and no serious adverse events were found. 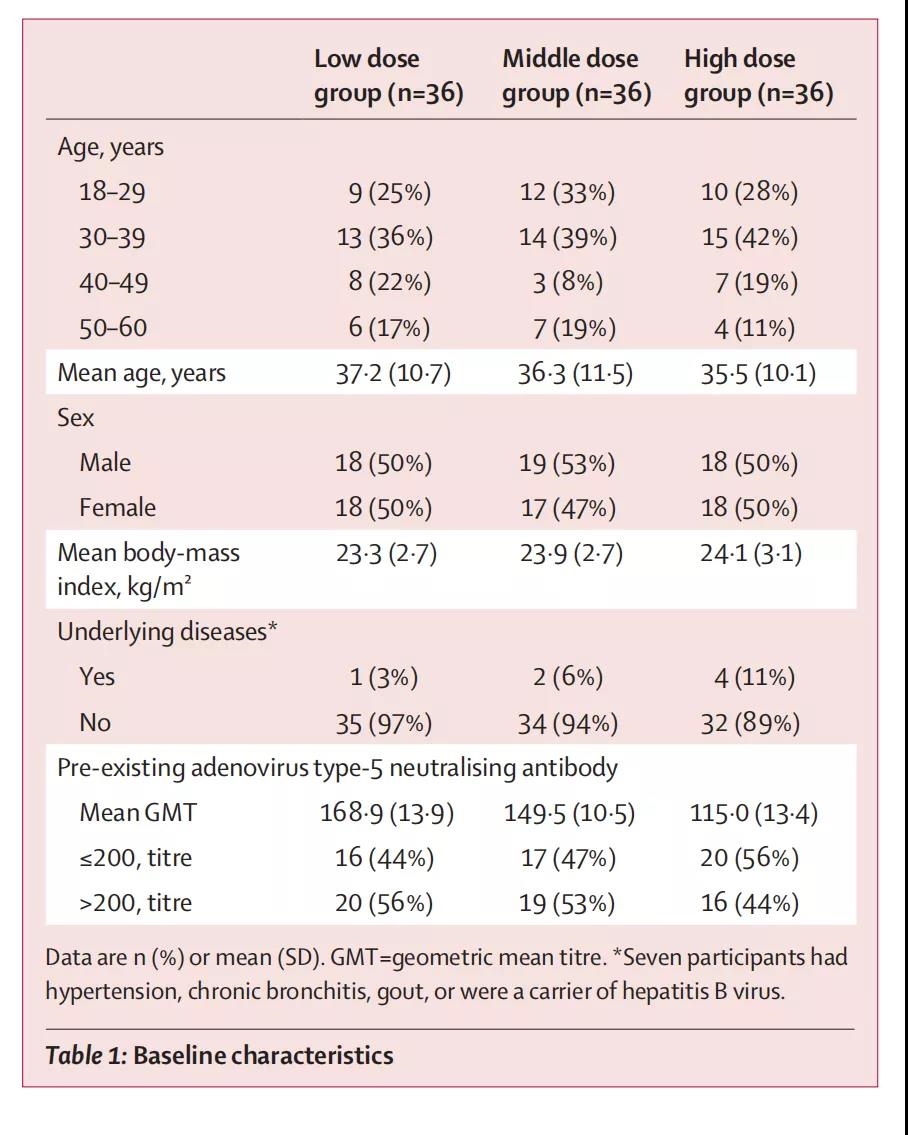 Within 28 days after vaccination, the researchers evaluated the safety and efficacy of the vaccine, including:

The specific antibody was determined by ELISA;

The neutralization antibody response induced by sars-cov-2 and its pseudovirus was detected; 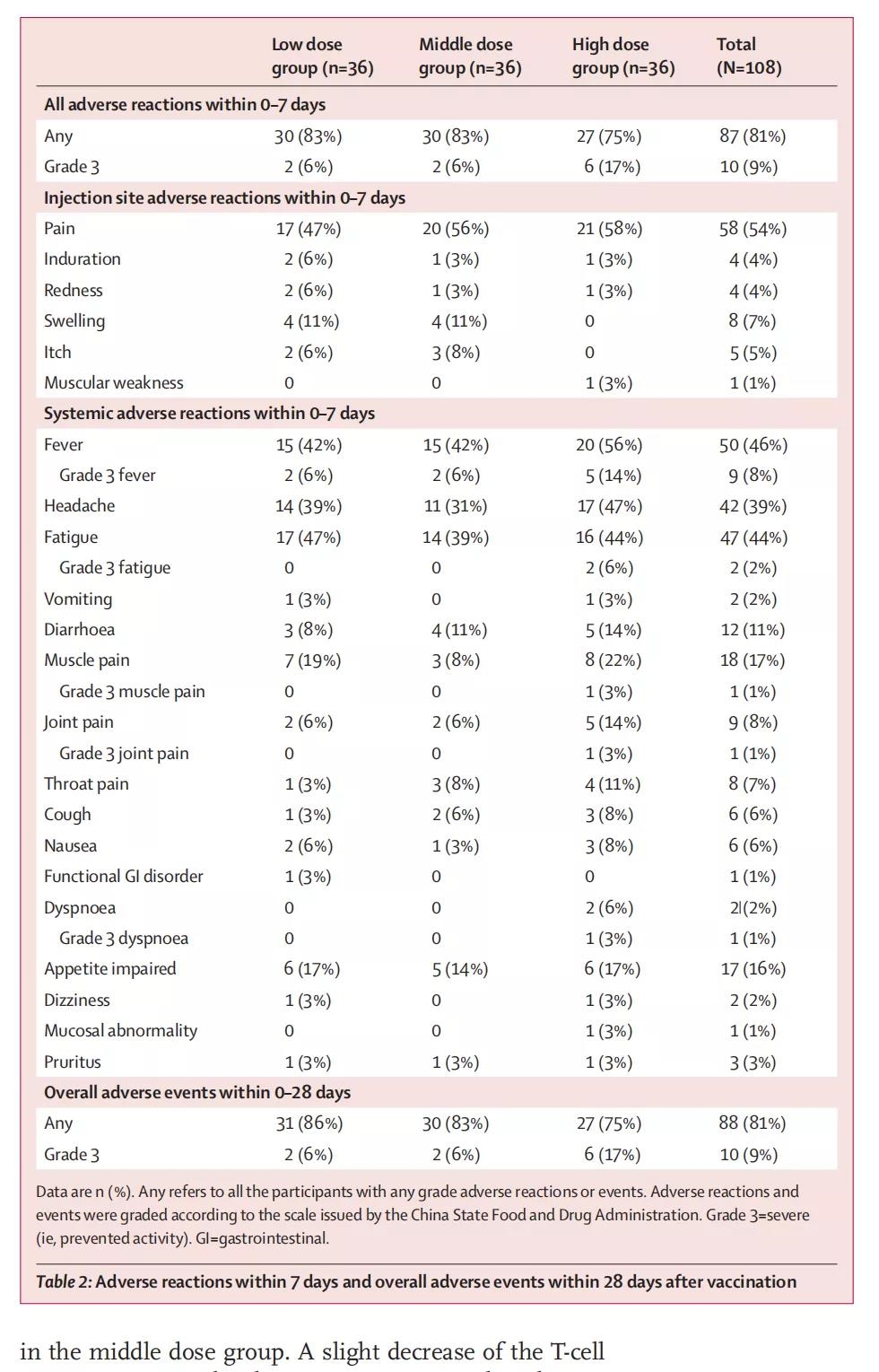 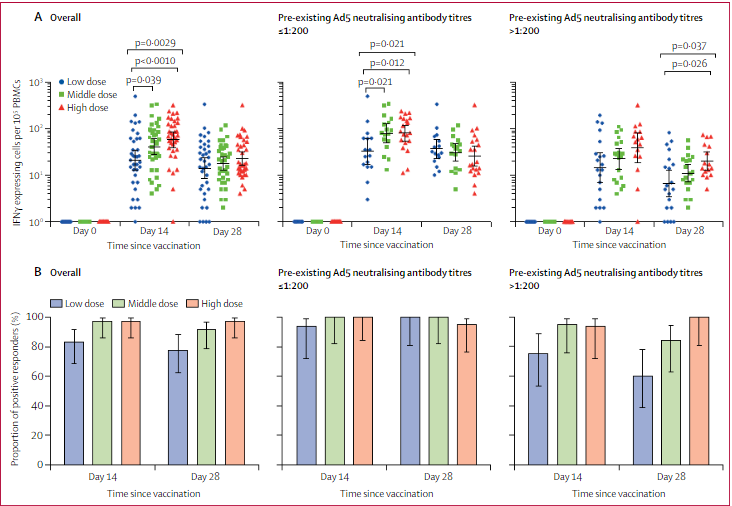 in other words, The new-crown vaccine with adenovirus Ad5 as carrier showed good tolerance in phase I clinical trial and produced immune response against the new-crown virus (SARS-CoV-2) in human body。 But specifically, the final results of this study will be evaluated within six months, and further tests are needed to determine whether the immune response can effectively prevent sars-cov-2 infection.

However, although many experiments have shown that volunteers have certain immune response to the new adenovirus (common cold virus vector / vector) vaccine, and the antibody and T cell response can be reduced, Chen Wei's team pointed out that 44% - 56% of the participants in the research experiment Of the volunteers, who had a high level of existing immunity (previously very strong immunity, not related to the vaccine), and had a weak response to the vaccine's antibodies and T cells. Therefore, this result is only a reference property, which needs further large-scale experiments and in-depth analysis and evaluation.

Therefore, this preliminary result does not mean that the Ad5 ncov vaccine has been able to produce an effective immune response and protect people from the attack and invasion of the virus, but refers to the ability to stimulate the human immune system and generate a preliminary immune response. And its greatest value is to prove that the vaccine is worthy of further research and development, and enter the follow-up phase 2-3 clinical trials to comprehensively test whether it is safe, whether it has protective effect, and finally whether it can be used for people.

But anyway, it's really good news.

CHEN Wei: Vaccines have potential for further research and development, but the results should be interpreted with caution

This result has quickly caused a stir in the industry. Richard The Lancet Edito The first human experiment found that it has good safety and tolerance, and can induce rapid immune response.

The lancet also said through its official microblog that: The vaccine COVID-19 phase 1 clinical trials is safe and well-tolerated and produces an immune response to SARS-CoV-2 in humans. this trial was an open label trial conducted in 108 healthy adults and showed promising results after 28 days. the final results will be evaluated within 6 months. but further trials are still needed to determine whether the immune response can effectively prevent SARS-CoV-2 infection. 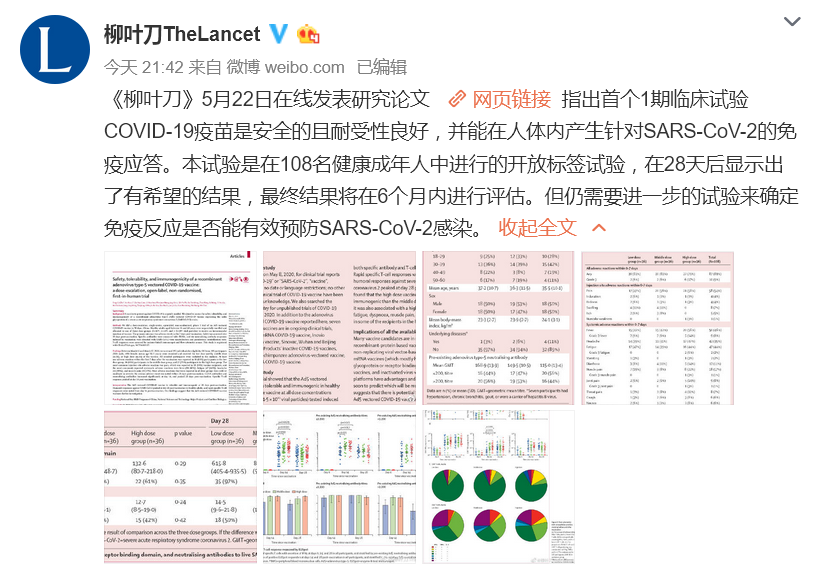 Netizens have also sent a blessing voice: looking forward to the success of vaccine research and development as soon as possible!

But as Academician Chen Wei said:These test results should be interpreted with caution. The challenge of developing a new vaccine is unprecedented; even if; even if the vaccine is capable of triggering the aforementioned immune response, it does not necessarily mean that the vaccine can help people resist the new-crown virus.

Although the results of this trial can not fully prove that the vaccine can be developed successfully, it is also a very critical step in the process of vaccine development. We look forward to more good news in the future and the early end of the new crown epidemic. 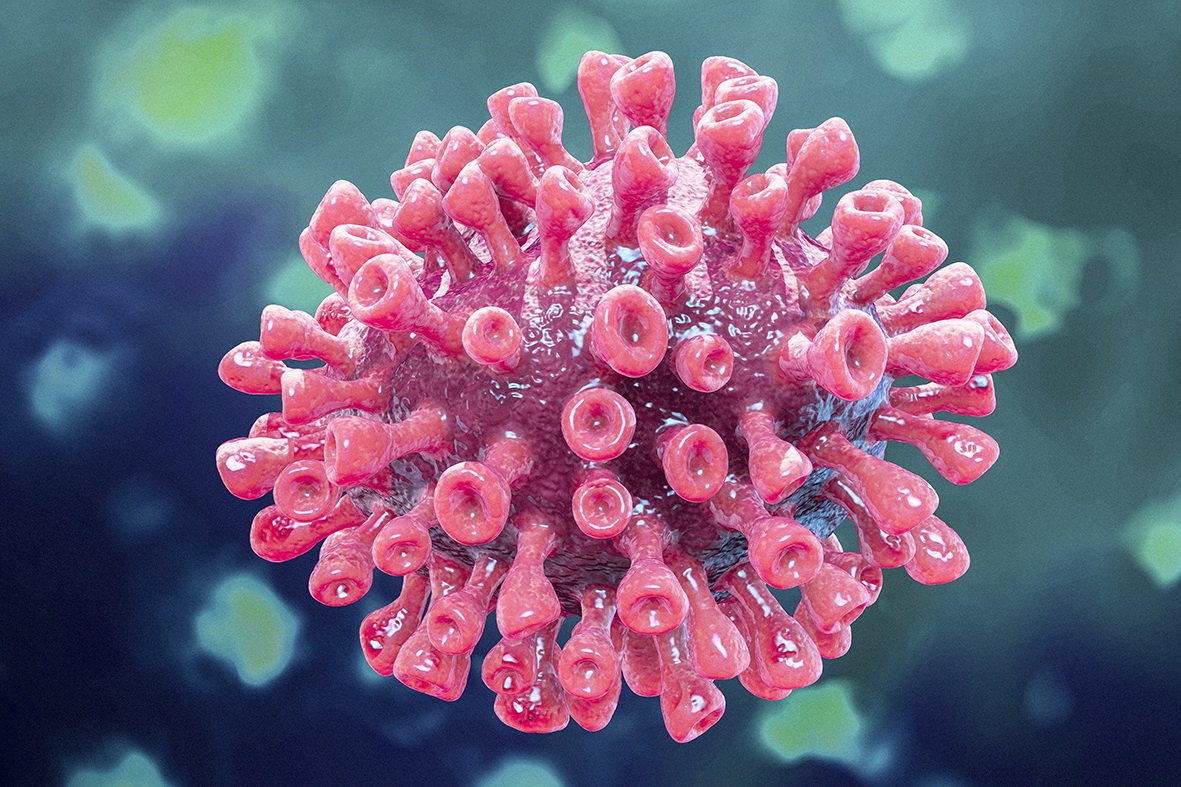