It house on May 24, it was rumored that Microsoft's folded dual screen Android smartphone surface duo was ready for a small shipment, but these rumors seem to be too early, because Microsoft is currently recruiting people, trying to recruit engineers to help complete the work of surface duo. 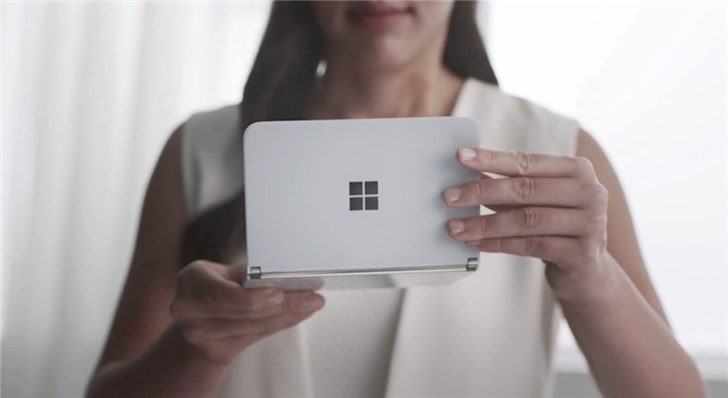 Foreign media windows latest has noticed that Microsoft has released a large number of requirements for surface duo engineer positions in the past two weeks to speed up development and develop post release strategy, because the device plays an important role in the company's hardware strategy.

Microsoft is looking for 15 or 16 engineers to help companies improve software and speed up development. Less than a year after the launch of the surface duo, the team behind it is planning to scale up before the launch. 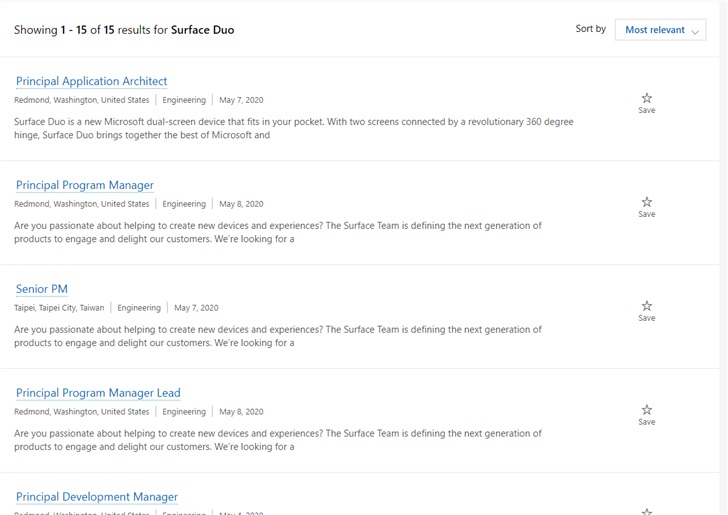 What's obviously missing from the list is the camera engineer, which proves to some extent that photographing may not be the main focus of the mobile phone. In a recent explosion, the device will have a built-in camera of just 11 megapixels.

Microsoft is currently looking for new employees in Washington, California and Taipei.

Unlike the Samsung Galaxy fold, the surface duo does not have an auxiliary external display, and the peek feature helps you keep up with notifications.

Microsoft Surface Duo is a new appearance change of traditional smart phones. The engineering test machine is equipped with snapdragon 855 processor and 6GB memory. The device will be equipped with 64GB or 256gb of storage space, without 128GB of storage.

Related news
Microsoft Build Conference: Windows Retreat, Microsoft Rebirth
Microsoft Announces Open Source Quantum Development Kit Quantum Development Kit
Hot news this week
Wechat has not done this function for N years! Use this app to make up for the defects of wechat
Gree's response to "being disqualified from winning the bid": a mistake made by the bidder in sorting out the materials
IPhone 12: it's more like throwing away the charger
Apple wants to know: what do you do with the charging head of the old iPhone?
Microsoft official free data recovery tool windows file recovery experience
Tencent magic change Yang surpasses video self mockery: I'm a simple and honest fake spicy sauce lost 16 million
Luo Yonghao comments on ideal one: Tesla Model 3 is not a car of a level at all
A 400-brand evacuation Facebook： the internet giant strangled?
How long can "Laoganma" carry on after winning Tencent?
The dotcom bubble? U.S. technology stocks surpassed their 2000 highs relative to the S & P 500
The most popular news this week
Go to Hainan to buy duty-free iPhone? The boy filled the hole for you
American stock market crazy! Tesla closed up more than 13% to a record high, with a market value of more than $250 billion
Ireland launched covid-19 contact tracking app based on Apple Google API
Anonymous hackers attack and control an account number Twitter the Russian Foreign Ministry
What does Huawei mean to Chinese semiconductor?
Tencent send welfare: BOC switch users can download this game for free
Begin menu UI big change! Windows 10 21H1 new edition
NVIDIA involved in the "anti-sexual harassment campaign" in the United States: more than 150 people involved
Share the first share of power bank: small power rush to gem, Tencent shares nearly 10%
Baidu Linyuan leaps: great strategic determination is needed to adhere to the core technology innovation in the end