Lu Weibing: Xiaomi is a global operating company, the European market has resumed 85-90%

In terms of sales price, redmi10x series is divided into two versions: redmi10x and redmi10x pro, of which, redmi10x 1599 yuan is for sale and redmi10x Pro 2299 yuan is for sale. Redmi 10x is also the 5g mobile phone with the lowest price in the domestic market. Lu Weibing, President of Xiaomi China, announced at the conference that in 2020, all new phones with redmi over 1500 yuan will be 5g phones. 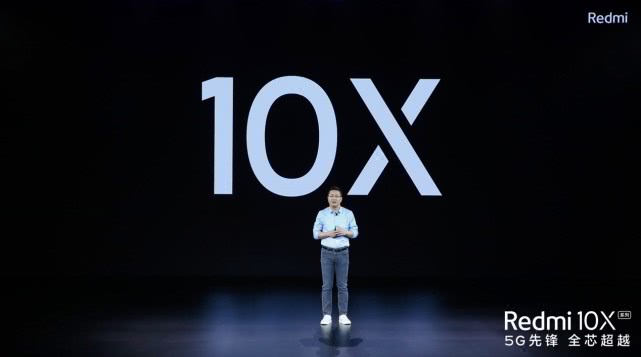 Lu Weibing said in an interview that redmi's basic focus is on benchmarking the whole glory. Lu Weibing has previously said that redmi will complete the comprehensive transcendence of glory this year. Redmi10x series is highly expected, but Lu Weibing also admits that it is not easy to surpass the opponent.

Like all industries, the epidemic is a topic that mobile phone manufacturers can't get around. According to Lu Weibing, the demand for mobile phones is relatively rigid, so even if affected by the epidemic, the impact on the global market may only be about 10%.

According to Lu Weibing, Xiaomi's European market has now recovered to 85 percent before the outbreak

Talking about Xiaomi's next response to the challenges brought by the epidemic, Lu Weibing said that the first is to continue to increase investment in R & D; the second is to increase efforts to expand the global market and solve regional fluctuations and regional imbalances through the operation of the global market; the third is to adjust the product structure in a timely manner according to the economic impact and consumption changes brought about by the global epidemic Match the market demand.

Related news
Musk came to China to dig a tunnel? Plan to launch the Boring Company China project
Lu Weibing's reply to Yu Chengdong: Is it worthwhile to sell more than 10,000 foreign license plates on mobile phones?
Big change of Xiaomi executives! Lei Jun: 5g storming year needs cadre rotation to bring vitality to organizational innovation
Millet's low price misses the country? Lu Weibing: developed countries also have Wal Mart, IKEA and UNIQLO
Lu Weibing holds a meeting with Xiaomi's team in China: students returning to work should be careful and careful
Lu Weibing: Xiaomi is a global operating company, the European market has resumed 85-90%
Tesla will build 12 seat tunnel electric bus for boring company
A total of 28 millet homes in Chongqing and Shaanxi opened today
Hot news this week
Tesla's response to the spontaneous combustion and explosion of Shanghai model 3: preliminary judgment that the accident was caused by the collision under the car
Pinplay: has filed a lawsuit against Tesla for infringing pinplay's reputation right through the Internet
China's auto chips stopped in Europe and America? Official response
Global chip crisis worsens Ford closes German factory for one month
Huawei upgrades 2021 notebook models of matebook series: 11 generation core from 5499 yuan
Full screen bomb is playing crazy wechat Android version 8.0 beta version comes with download
Girls will be tied to the doll on the back to take home during the holiday netizen: This is too caring
Intel and AMD motherboards are in chaos
NVIDIA's acquisition of arm may be rejected by one or more regulators
MIT biologists reveal why cancer cells waste so much energy
The most popular news this week
Samsung Galaxy note 20 Fe exposure: or the best of Note Series
Optional update for windows 10 version 1909: fix directory name invalid error
What does the new coronavirus look like? First 3D image exposure: like a ruined planet
LG mobile phone business turbulence: scroll screen may not be listed
Windows 10 21h1 confirms that the update range is not big: it mainly fixes bugs and optimizes performance
Wechat "explosive" update? Wechat 8.0 full experience of new functions
Reported that the iPhone 12 Mini sales in the United States and Europe are not as strong as expected
European Parliament invites CEOs of four US technology giants to attend antitrust hearing
Why Tencent is the Chinese version of Microsoft in the era of car building and navigation
Wuxi an import car Li son surface nucleic acid positive netizen: again cheap also dare not eat