Exposure of AMD RX 5300 video card: Navi architecture is not vest, and the specification is beyond RX 5500 XT?

The players who pay attention to AMD graphics card are certainly looking forward to the next generation of products with rDNA 2 architecture and big Navi core. After all, they need to support light pursuit. It's good for the development of the whole industry to have a positive talk with Lao Huang.

However, there are still new moves in the RX 5000 series.

A number appears CompuBench the test databaseAMD 7340:CFGFX1012apparently part of the Navi family and not an old structure

After identification,Its official model is the radeon RX 5300, which uses Navi 14 core. It detects 24 groups of computing units (1536 stream processors), and its display memory capacity is 3gb. 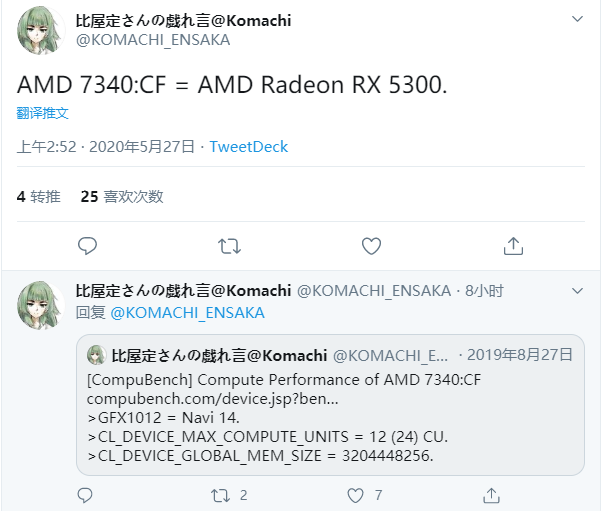 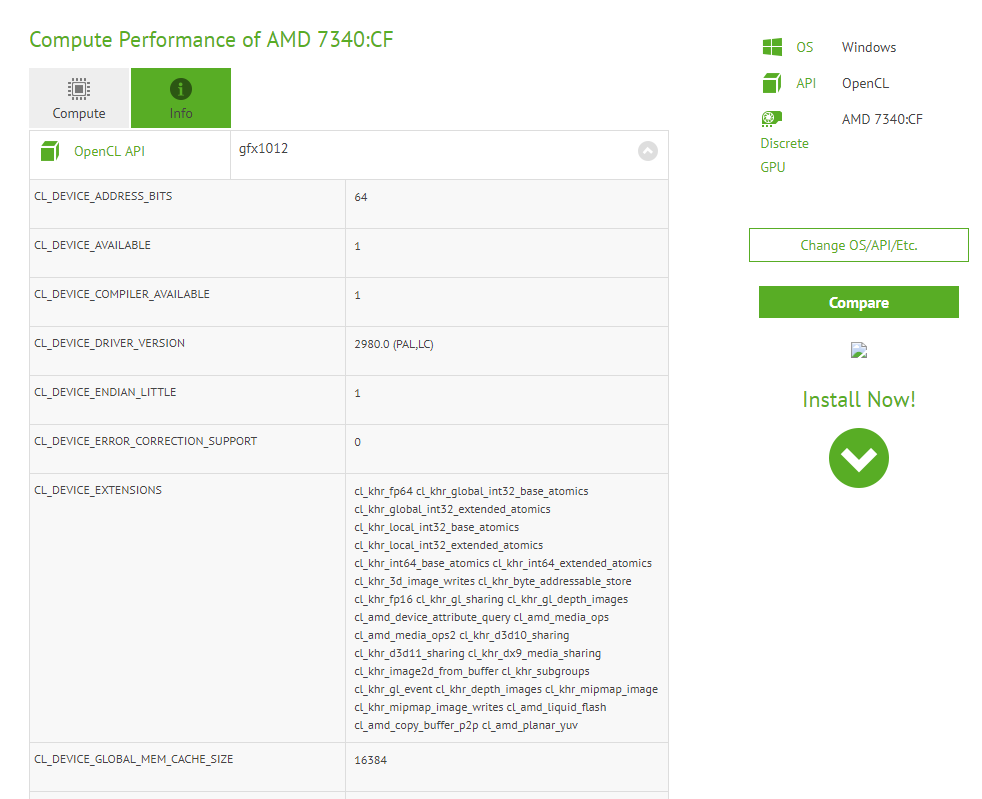 It's not surprising that such a product appears. Now the lowest end of Navi family is RX 5500 XT, which has room to extend down, but the weird thing is,RX 5500 XT is configured with 22 groups of computing units and 1408 stream processors. Why is RX 5300 more?

In fact, in the second half of last year, rx5300 XT appeared in OEM machines of HP and other brands, but there was no specific information at that time.