In order to cooperate with comet lake-s 10 generation core processor with new interface replacement, Intel synchronously launched 400 series chipsets, including z490, h470, b460, H410 and other models. Among them, high-end z490 has been launched synchronously, while b460 and H410 for mainstream and entry-level markets are now officially launched!

As a big brother of the main board, Asustek released as many as 11 b460 main boards and 4 H410 main boards at the first time, covering the three series of Rog Strix Raptor, tuf gaming e-racing agent and prime master, all of which have been put on the market. 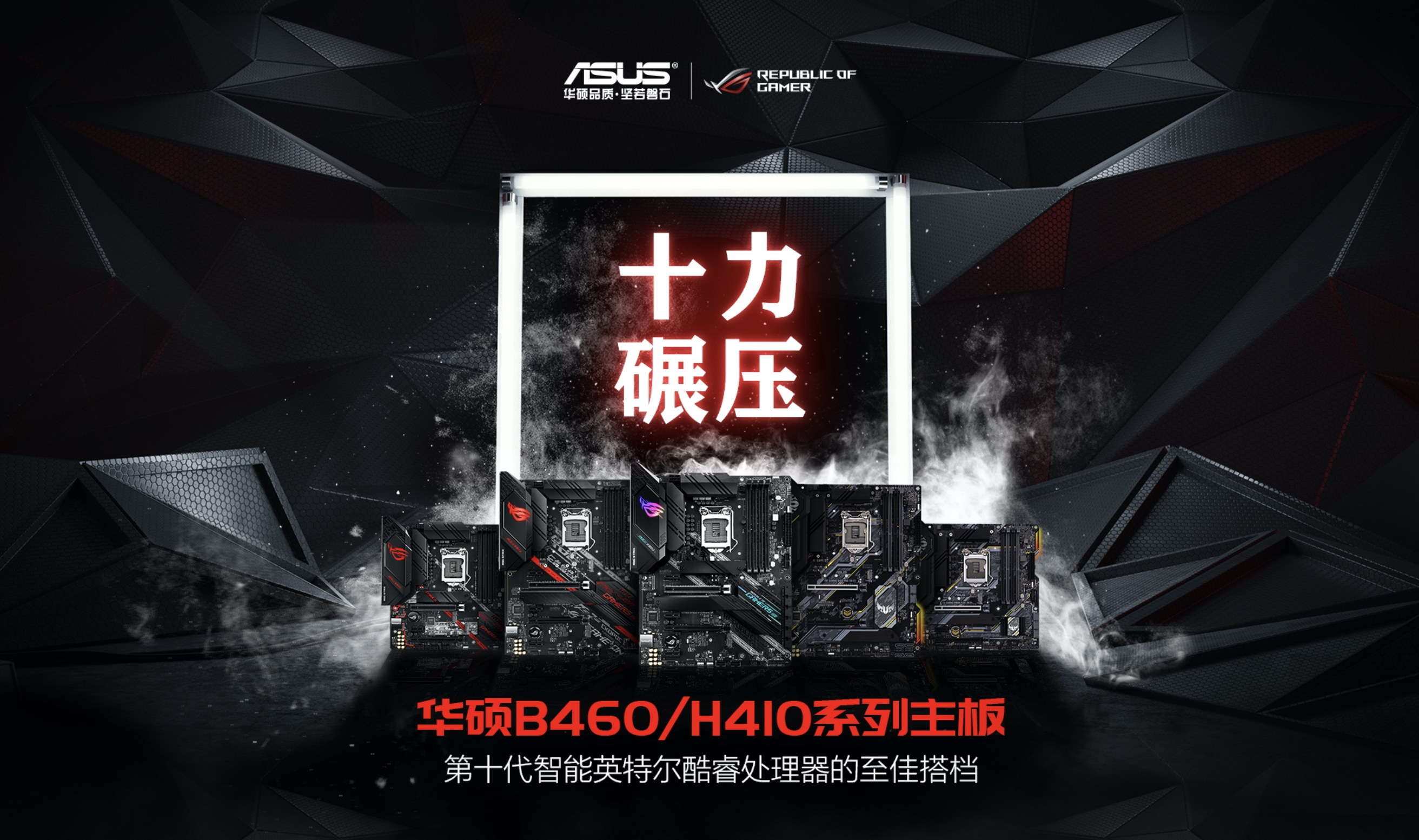 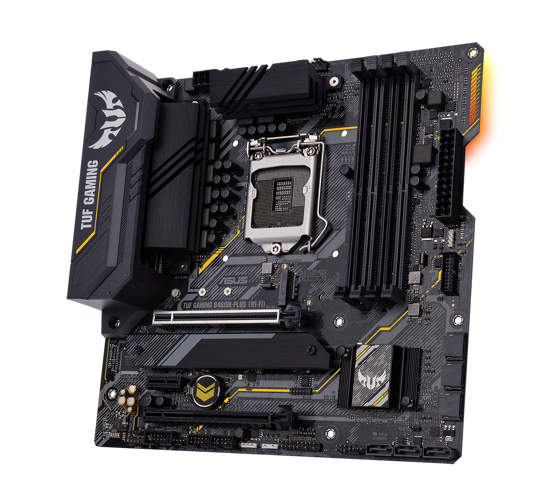 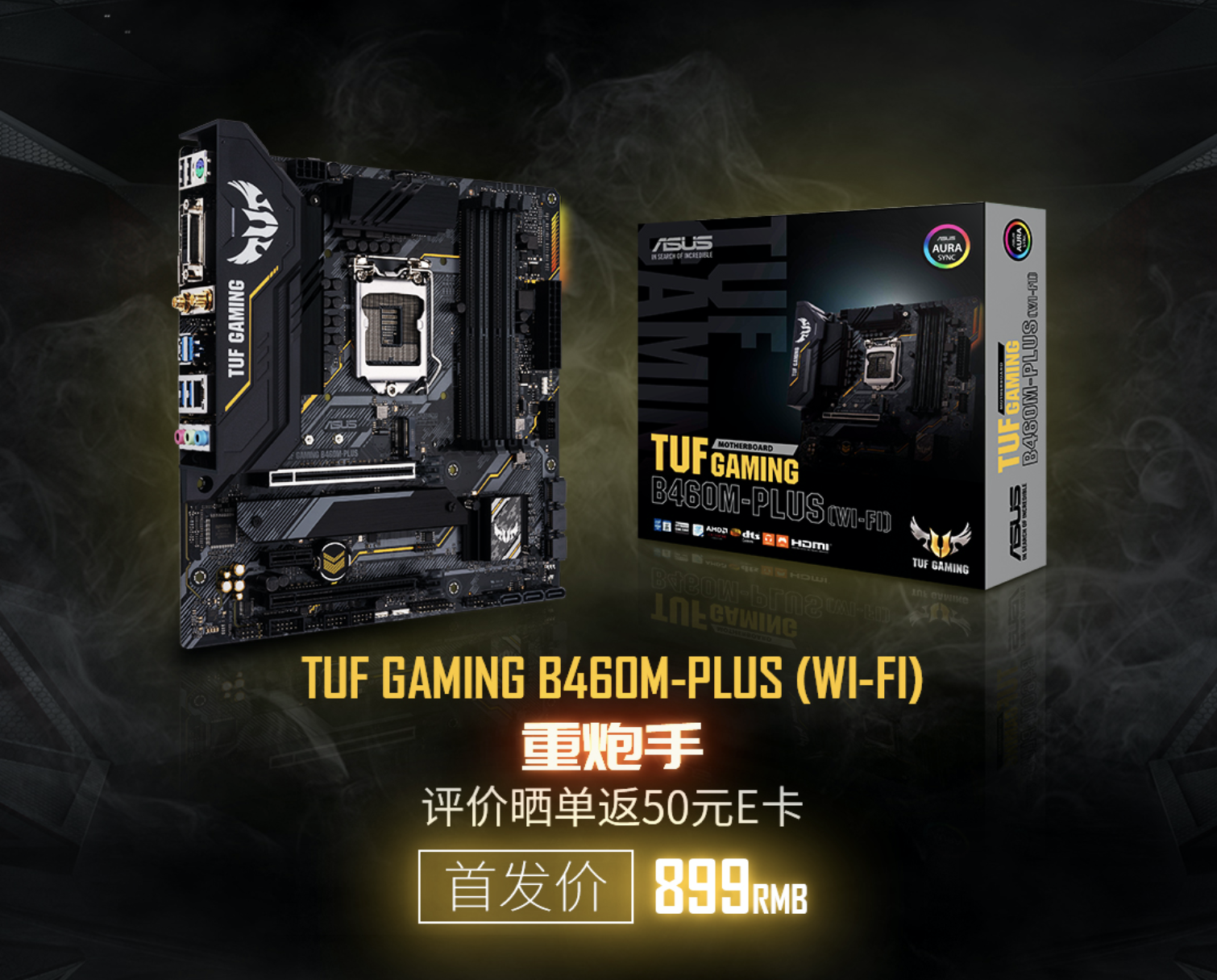 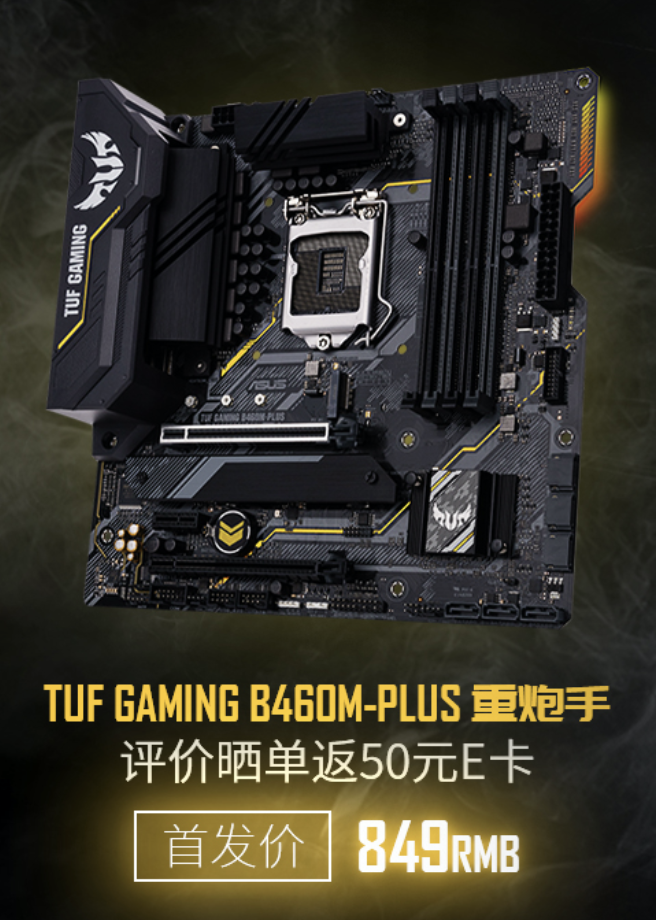 With the appearance of cyberpunk elements and the Rog electric competition totem, aura sync is supported, and the second generation of on-board programmable ARGB lamp effect connector is available.

Related news
The main boards of AMD b550 and Intel z490 / b460 / H410 are all here
Intel 10 generation core for 400 series motherboard: ASUS steals 29 models
the ironclad details pile up mountain high! Intel core 10 replaces lga1200 with a new interface
Asustek 11 b460, 4 H410 motherboards: 649 yuan, 10 generations of core
10 Power Press B460 Main Board Shock
Why is midrange chipset motherboard more cost effective? After reading, I understand
Hot selling ASUS b460 heavy gunner motherboard with 10400f
ASUS, Gigabyte mainstream motherboard inventory in a hurry: one second to grab light, price increases across the board
ASUS b460 heavy gunner won the best new product of Jingdong in 2020
Intel b460 / H410 motherboard is not compatible with 11th generation core: 22nm caused the trouble
Hot news this week
The developer of the dating app Tinder has reached an agreement with Google over billing rules for its app store
Still did it! Canada has banned Huawei and ZTE from participating in the country's 5G network on "national security" grounds
Red Elf Lightning erupts in the Himalayas Spectacular Spectacle: Experts Reveal What Exactly Is This?
Shipments in the first quarter fell 11%, exposed Xiaomi, OPPO, Vivo cut orders 20%, Apple bucked the trend to increase production
The founder of the Internet Quick Hand Su Hua was taken away for investigation, and the fast hand responded: the news was not true
Wang Xiang, president of Xiaomi, explained that a shortage of low-end chips is a major challenge in overseas markets
Or for Studio Display Pro, the release of Apple's 27-inch Mini LED-backlit Display has been delayed by October
Tencent Q1: The business service business has "slightly decreased" year -on -year, and resource centralized video cloud and network security | View financial report
One picture to understand! Blue Factory has issued 3 new machines in a row: self-developed chip blessing, the narrowest lower border
Sony released the active noise-canceling headphones WH-1000XM5, equipped with 2 chips and 8 microphones
The most popular news this week
Amazon's new CEO participated in a shareholders' meeting for the first time: to restore normal profit, ready to cut off the excess warehouse
Baidu, Shunwei and Fosun are shareholders, and pharmaceutical Internet "unicorn" pharmacists help hand over the watch to the Hong Kong Stock Exchange
Google CEO Pichai: Recession fears intensify The cycle volatility in the tech industry is even more intense
Amazon CEO first appeared at the shareholders' meeting: to restore normal profit
Sony claims that the full recovery of membership upgrade fees is a technical error
Taobao 618 will be launched in the Yuan universe shopping: three -dimensional "shopping Taobao"
Yuncong will be listed on the Science and Technology Innovation Board on May 27 at 15.37 yuan per share
The amount refunded by the game company to the minor recharge should not be "discounted"
Regulatory Shot! Behind the app downtime of many securities institutions: how to break the digital transformation of securities companies
Apple iOS 15 Maps began offering AR walking navigation in Tokyo, Japan