Microsoft said it would complete the automatic conversion of 38 million existing office 365 users in the next few months. At that time, old users will upgrade and migrate to the Microsoft 365 subscription program for free. 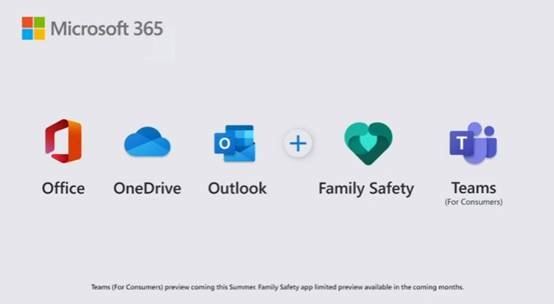 In contrast, it。 Obviously Microsoft 365 is much more cost-effective. At present, Microsoft's policy is to,You can try it for a month free, and buy it when it's ready. 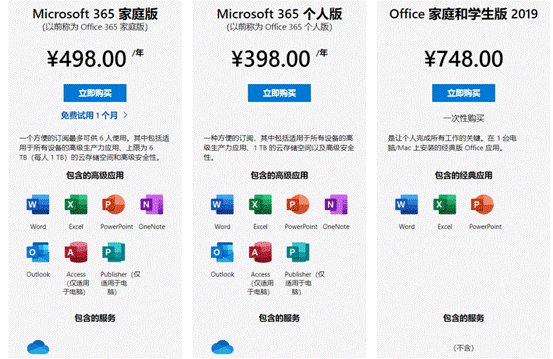 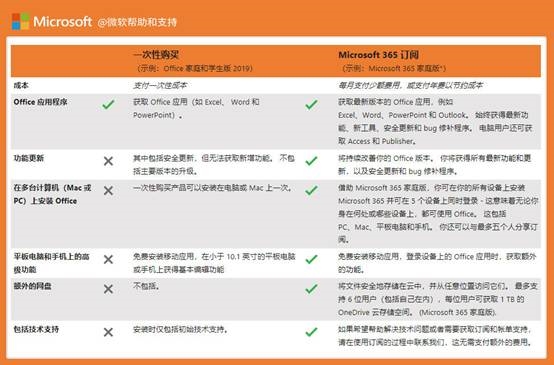 Microsoft 365 will also introduce two new service applications, team and family safety, this year,The former is a set of intelligent remote conference services, while the latter is a mobile app based on IOS / Android, which can help parents understand and control the screen use time of family members, and can understand the physical location of family members anytime and anywhere, so as to ensure their security in the virtual and real world.

In addition,Microsoft 365 adds more AI supported new features, such as Microsoft editorTo provide consumers with spelling and grammar correction when they input, and writing suggestions to make the expression easy to understand.

At the same time,More than 8000 beautiful pictures and 175 circular videos on Getty Images, as well as exclusive access to 300 new fonts and 2800 new icons, help users create more influential and visually attractive documents. These resources can also be used in word and excel.

It can be said that the newly upgraded Microsoft 365 has already raised the productivity of office 365 to a new height. For Chinese consumers, the price advantage of Microsoft 365 is a key point that consumers cannot refuse.

We can calculate a simple account. The personal edition subscription of Microsoft 365 is 398 yuan, which is equivalent to enjoying such rich productivity content and massive cloud storage space with more than one piece per day. However, the subscription price of other cloud storage products on the market for one year often exceeds 100 yuan.If you are a subscriber of home edition, the price of 498 yuan per year can allow six family members to use the service of Microsoft 365 at the same time. Don't forget that each home account can be used on up to five different devices, which means that the cost of using Microsoft 365 for one device in a day is almost less than a dime.

In terms of the cost performance of products and services and the ecosystem integrity of the whole product, there is no productivity product that can compete with Microsoft 365 in the market.

Currently, there are more than 38 million office 365 subscribers worldwide.。 This is exactly behind the brand upgrade of Microsoft 365, bringing the greatest significance to global users, especially Chinese consumers.

Related news
Office 365 is going to be renamed Microsoft 365? (Chart)
Microsoft announces the official change of office 365 to Microsoft 365 (Figure)
Microsoft 365 redefining productivity: the true welfare of Chinese consumers
Microsoft Microsoft 365 Creative Upgrade: Multilingual Writing So Easy
The English name of Chinese liquor has been changed: Chinese Baijiu has been officially launched
Microsoft 365 Home Edition 50% discount promotion
Hot news this week
Announced real-fired people to change the news for four days, the chairman of Tianzhong semen was resigned for personal reasons.
Bank of East Asia (BEA) was fined 16.74 million yuan ($16.74 million) by the Shanghai branch of the People's Bank of China for illegal information collection
After the comprehensive suspension of "nurturance class" network comprehensive and indulgent drama, the audience deserves better
The drill bit of nasa's Perseverance rover was stuck with rubble and could not take samples for the time being
Chinese scientists have discovered a strategy for treating COVID-19: using particles to bind to the virus
ByteDance invested in Sequencing Technology, which is an AI industrial SaaS software service provider
Why do you want to take a red wine before going to! Shake a shake & quot; wine glass? After reading the line
Former search president of Baidu xiang Hailong joins Transsion The company that sells mobile phones wants to do more Internet
2021 Global Patent List Released: Huawei ranked fourth in the top five in the world in the United States
It's hard to escape the monopoly sanctions American court dismissed Facebook against FTC counterattack
The most popular news this week
In 2021, public security organs cracked down on more than 6,000 illegal payment and settlement gangs in 134 problematic games
People's Daily: Promoting Express Packaging "Green Revolution"
Ali health online the first domestic helicobacter pylori self-testing product "you tube", 10 minutes out of the results
Xiaomi Youpin Youyu announced the termination of operations
JP GAMES and Alibaba Cloud reached a cooperation to develop a metaversic solution based on the cloud
The camera is lost to the mobile phone Japan Canon close Zhuhai factory: small part parts are still working
Baidu announced connectivity with more than a dozen companies, including Meituan and Xiaohongshu
Xiaomi's mobile communication brand upgrade to achieve online self-service business
Jing Jia micro: JM5400, JM7200, JM9 series graphic processing chip successfully achieved industrialization
People's Daily: Let online literature better express contemporary China