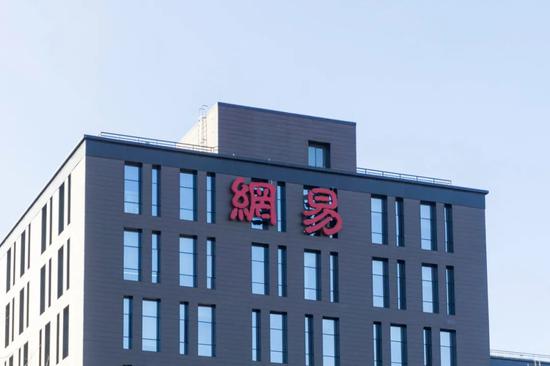 Source of the head map

Netease has been repeatedly spread, today back to Hong Kong curtain officially opened.

At noon on May 29, Netease, a US stock company（ NYSE:DAO ）Officially passed the hearing on the Hong Kong Stock Exchange and formally submitted the prospectus for listing in Hong Kong.

In the hearing document, Ding Lei, CEO of Netease, released a report entitledThe power to love firstThis is also the first letter to all shareholders in Netease's 20 years of listing. He said Netease was preparing to go public in Hong Kong

Chen Duan, director of the China Economic Digital Economy Research Center and deputy director of the journalism department of the Central University of Finance and Economics, told Chuang Chuang Bang 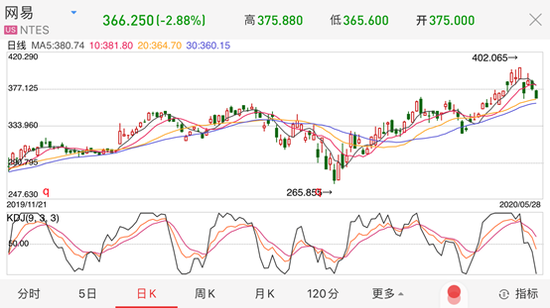 In view of the high gross profit margin of the game, Netease has been deeply involved in the game field.

There are two Chinese companies on the list, Tencent ranked second with $16.224 billion, and Netease ranked fifth with $6.668 billion. 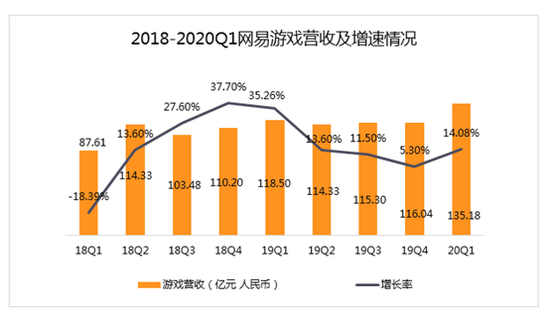 From the recent developments of NetEase is also not difficult to see, NetEase gradually return the focus of business to the game. Recently held 520 conference, NetEase launched 20 games in one breath.

It can be concluded that as long as continuous efforts to self-research and stable launch of a series of products, the next period of time NetEase's game business may be in the head position, contributing to a steady stream of cash flow.

Compared to the realizability of the game, NetEase hatched out of the NetEase Youdao (NYSE：DAO), hereinafter referred to as

In 2018, NetEase Youdao received 732 million yuan, accounting for only 1.43 percent of NetEase's overall revenue. Youdao went public on October 25,2019, and spun off from NetEase earnings after listing.

At the same time of nearly 80% increase in operating revenue, Netease Youdao's net loss is still expanding, which is a typical increase in revenue without increase in profit. 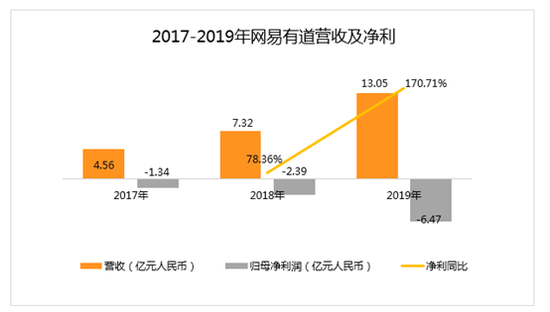 The reason behind this is that we have to face the high expenditure of three fees in the early stage of occupying the k12 education field. Under the background of the fierce competition in the whole online education industry, in order to obtain more users, almost all online education enterprises have put their efforts into marketing. In order to maintain the position of the industry and expand the market scale, Netease Youdao also joined the marketing war.

Netease Youdao's three-fee expenditure increased significantly in 2019, with the most prominent growth in marketing expenses, rising from 213 million yuan in 2018 to 622 million yuan, accounting for 47.7 percent of operating income, that is, in 2019 NetEase Youdao invested nearly half of its annual revenue in marketing.

However, as the student population increases, the marginal effect is enhanced. Good gross margins have jumped to 43.5% from around 30% in 18 years.

However, in the short term, the road of profit has not yet begun, and the moat has not been built in K12 field in terms of user scale and other aspects.

Sell the koala, spin off the sideline, do not do the business that you are not good at

2020Q1, Netease also has an obvious change, is to package e-commerce business data directly to the

In September 2019, Alibaba acquired koala with a total investment of US $2 billion, so koala Haigou also officially joined Alibaba's economy.

Once as one of the key incubators of NetEase, cross-border e-commerce platform

In 2016, Ding Lei even said publicly that he hoped that in the next three to five years, koala would reach the scale of RMB 50 billion to RMB 100 billion and create another Netease in the e-commerce battlefield.

However, before rebuilding a Netease, Netease's e-commerce business revenue growth fell into a bottleneck.

Previously, some analysts believed that this was due to Ding Lei's two-way trade-offs and considerations. Although e-commerce's profitability is improving, koala has not made real profits; however, e-commerce has just broken the 10% gross profit rate, which is too hard for the game business to maintain more than 60% gross profit rate all the year round; at the same time, the risk of e-commerce assets is like a time bomb, once the operation capacity declines, it may detonate.

Earlier, NetEase CFO Yang Zhaopin also said he did not support a fast- fast-growing model in exchange for losses

Of these, NetEase cloud music 2018 to 2019 Q2 revenue for the actual announcement of revenue, a quarter in the range of 10-12 billion, about a fifth of Tencent music.

Some analysts told chuangyeong bang that both Netease koala and Netease yanxuan endorsed their own platform brands for e-commerce business, which benefits consumers through OEM mode and bargaining power. There is no mistake in thinking, but Netease itself is not an e-commerce company, and its e-commerce diversion advantage is not very strong.

In the last round of Internet and mobile Internet competition, Netease fell out of the top three. Facing the new competition in artificial intelligence and other fields, Netease must make a difference. Netease needs new growth points, otherwise it may face a new round of reshuffle in the future.

Ding Lei also said in an open letter today that Netease will focus on the following four directions in the next step: the first is to build an organization with self evolution ability. From today on, Netease will require all managers to quickly and massively tap all kinds of young talents to help them get training faster. The second is to continue to implement the strategy of quality products. Third, firmly promote the strategy of globalization. Finally, promote more inclusive resources.

Returning to Hong Kong for listing is a new opportunity for Netease. Fundraising brings more chips for Netease. The so-called hands have grain, the heart does not panic, the market expects Ding Lei to bring a new story.