According to the verge,An employee at the solar panel plant in Buffalo, New York, revealed a positive test for covid-19.This is the fourth novel coronavirus infected by Tesla, but it is the first confirmed employee since the company reopened the US factory in May. An employee of Panasonic, which shares space with Tesla's factories in New York and Nevada, was also tested positive as early as March, before it shut down production. 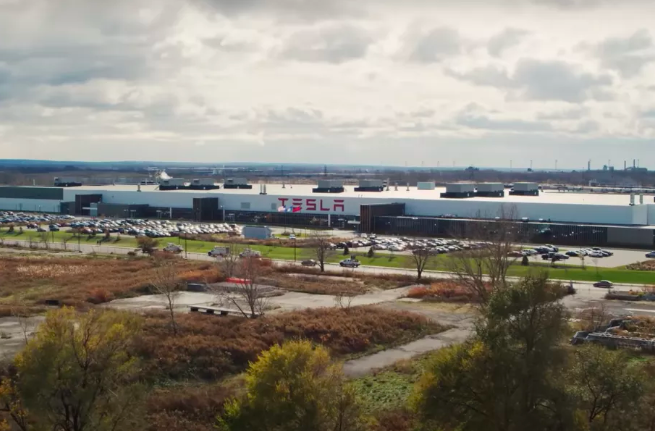 Tesla quietly reopened its new york plant on may 19th after the state gave the region a green light, Buffalo Business First》 reported for the first time on friday. but the company has not resumed full capacity production and will not resume for some time. In fact, tesla told the officials that it had laid off 984" full-time tesla independent contractors "in april because of the shutdown and would temporarily retain less than 500 full-time employees there.

Layoffs mean Tesla failed to meet the state's key employment target of initially funding the buffalo plant. Tesla once told state officials that it would surpass its target of 1500 jobs shortly before the U.S. pandemic, but now Tesla has asked the state government to give it another year to meet these recruitment targets so that it doesn't have to pay a $41.2 million fine. (the state says the request is under review)

Tesla's factories in California and Nevada have reopened, bringing back the laid-off workers, so it's not clear why they didn't bring back New York workers. The company did not respond to multiple email, phone and SMS requests for comment. Last week, workers at Panasonic solar North America shared new positive tests with workers at the Tesla plant, according to the employee. Tesla found positive tests in the week from May 18 to May 22 - as the verge first reported, psna closed its business there in March, the week psna recalled its employees.

It's no surprise that Tesla encountered a new covid-19 incident after returning to work. Workers from all three Detroit automakers have been tested positive, as have many companies in the food industry.

Although both companies have now returned to reopening their factories, psna will not be there for long. The company announced in February that it would end its work at the buffalo plant and told the 400 workers there that their jobs would not be available until the end of May. However, due to the shutdown, the company will retain some employees until the end of June to complete the order for solar panel equipment, and then completely withdraw from the factory in September.

As for the situation of these jobs, PSNA employees received varying degrees of support. current employee of the PSNA said tesla recruiters told them they could apply to temporary agencies used by the company in the hope of being reassigned to the factory. PSNA also held virtual briefings for employees willing to move to reno, nevada, to work in the battery division that shares Gigafactory with tesla, according to an email The Verge obtained.

"Like many companies, their recruitment rate has slowed down, but they are expected to increase in the near future." Wrote one head of psna. "If you are interested in staying in Panasonic and are open to the possibility of moving to the Reno / spark area, please join us."

Tesla CEO elon musk (Elon Musk), when the local "home order" first came into effect in march, said that in order to maintain the normal operation of tesla's factory in california, in may against the order to reopen the factory, even at the expense of calling these orders

The company continues to take steps to ensure that the Fremont plant in California continues to operate. This week, tesla sent a letter to employees saying they should show their letters if they were stopped for violating local curfews related to protests against the killing of george freud. The Verge copy of the letter said the local police had confirmed that tesla employees could "continue to work at the tesla fremont (Tesla Fremont) office during curfew hours" because they were executing 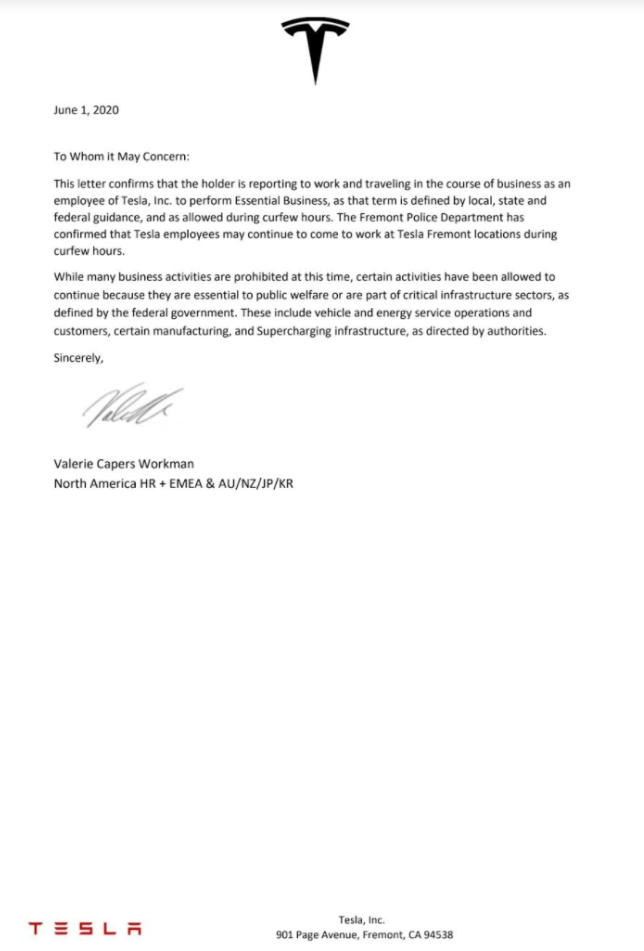 But musk and Tesla did not make similar efforts to keep the buffalo plant open. Tesla makes equipment there for its super charging station, but its main products there are solar panels and solar roof solar tiles. In April, Tesla CEO Elon Musk simply said, "before covid basically caused us to shut down, solar roof had a good momentum in terms of installation capability and licensing capability."

Musk also said in march that tesla might use the buffalo plant to produce ventilators for COVID-19 patients during the shutdown, but the company eventually focused on sourcing medical equipment from china and elsewhere.

Related news
Google has included the address information of covid-19 test center in search results
A Tesla employee tested positive after COVID-19 new York factory reopened
Ireland launched covid-19 contact tracking app based on Apple Google API
Musk: Tesla's consumer demand remains strong during the covid-19 pandemic
A 13-year-old child in the United States tested negative for covid-19 and then infected the entire family (Figure)
The covid-19 tracking system in Washington, D.C., doesn't need an app on the iPhone
Data show that more than 61000 children in the United States were infected with covid-19 last week, a new record
Employees of Tesla Fremont factory are exempted from California covid-19 epidemic prevention directive
Large U.S. studies have confirmed that men are more vulnerable to covid-19 than women
Foreign media: covid-19 vaccine begins to work in the United States
Hot news this week
Lu Jian, president of linkedin China, responded to rumors of the "closure of linkedin China" by saying that the company will increase its investment in China even if it does not reduce it
Samsung Motor announces end to flexible printed circuit board RFPCB business Without affecting iPhone production
I can't play! The official solution to the bug in Chinese Paladin vii was provided
The video asked Net-a-Lago to apologize
On New Year's Eve, a trio on a business trip will celebrate the lunar New Year in space: a first for the Chinese
The United States exposes the higher civilization of the universe: human beings are inferior to good ones
Rolls-Royce China SAO operation caused dissatisfaction wang Sicong message not to buy: official apology
Xiaomi appointed Li Xiao Shuang as a vice president of Xiaomi Motor, CFO Lin Shiwei, and the CEO of Stars
Bytes beat 9 billion yuan to acquire VR companies, then invest the chip, or to accelerate the layout "Yuan Universe"
Xiaomi intelligent clean ecological chain enterprises to pursue technology to complete 3.6 billion yuan C round financing
The most popular news this week
Tesla Q3 earnings reading: Record net profit on revenue Pressure on new Chinese cars is coming
Microsoft CEO NADELLA is most concerned about three things: ubiquitous computing, AI big model and virtual online
Nearly 80% of teenagers in Taiwan think cyber bullying is a serious problem, according to a survey
What opportunities and challenges brought to the financial industry?
Jia Yueting is paying back the money again! Faraday's future former employees in China receive a pay rise
The storage chip faucet is 119 times the first three seasons, the chairman reporter is born, "cattle scattered" did not lose the position.
The liabilities are still 95 billion Jue Ting pays, and FF China's front employee will collect salary and consistent with the in-service.
Wechat iOS version 8.0.16 release: Voice call interface will display the other party's circle of friends only after clicking
Interbrand world has a top 100: Apple, Amazon, Microsoft, Google, Samsung
Facebook is changing its name next week: But Mark Zuckerberg hasn't decided yet