In 2010, the first iPad was released. In the era when small screen mobile phones were in charge, the new experience brought by large screen made many people smile in entertainment scenes such as drama chasing and games. However, a few years later, with the screen of smart phones becoming larger and larger, people found that the tablet can do everything, the mobile phone can do, and the latter is more portable.

As a result, Android tablets fell into solitude after a short period of prosperity, and many of the previously heavily invested brands began to disappear, and the tablets gradually became smalle 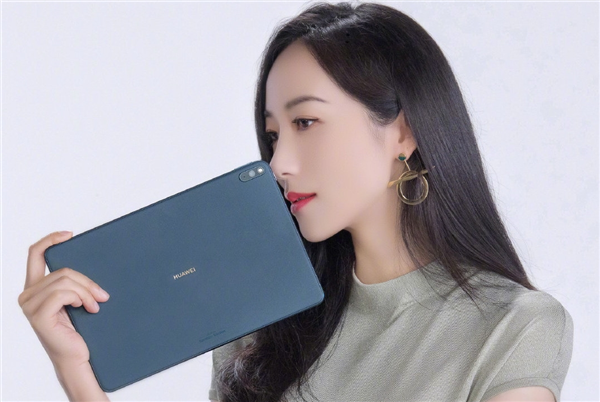 However, when the whole tablet market is stagnant, Huawei began to bring a circle of ripples to the calm tablet industry with a new look and understanding of the tablet. 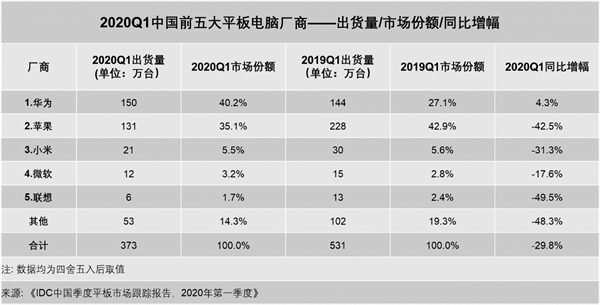 The effect is immediate. According to the latest data released by IDC, in the first quarter of 2020, Huawei's tablet shipments in the Chinese market were about 1.5 million units, an increase of 4.3% year-on-year, once again pushing apple to rank first. In the case that most of the manufacturers' shipments are inevitable to decline sharply, only Huawei has achieved a 4.3% growth against the trend in this special period, which is largely related to the excellent product strength of its own tablet. But Huawei is not satisfied with this. Standing in front of 5g air outlet, Huawei has started a new thinking about 5g flat panel.

The first anniversary of the issuance of 5g license plate

Up to now, 5g license plate has just been released for one year, and 5g mobile phones, computers and other terminals are very rich. However, only the flat panel has not been enabled by 5g network. On the one hand, manufacturers are uncertain about what 5g tablet can bring; on the other hand, they lack the ability to use 5g to enable a new experience for the tablet. Looking at the whole industry, Huawei seems to be the only one that can overcome the above two points and be able to make 5g tablet well.

In the tide of 5g accelerated popularization, Huawei has given its deep 5g technology to the tablet and brought the first 5g tablet in China. At the new product appraisal meeting on May 27, Huawei's matepad Pro 5g officially launched in China. 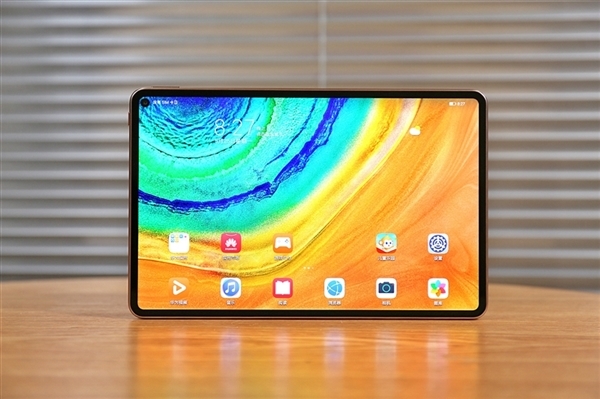 What kind of tablet should 5g era look like? How to maximize productivity efficiency in light of office environment? Huawei's matepad Pro 5g gives perfect answers. It completely subverts our traditional tablet cognition, takes the lead in 5g tablet layout, and points out the direction for the next decade's tablet development.

In addition, Huawei's matepad Pro 5g still supports the Huawei m-pencil stylus, and it can also be equipped with an intelligent magnetic absorption keyboard, which supports functions such as multi screen collaboration, intelligent split screen, parallel vision, and smooth connection. 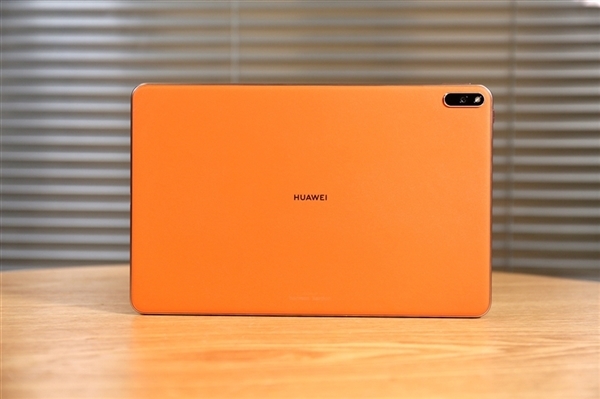 Today, the online office has become a rigid demand for business people, using the debris time in the travel scene to deal with the business gradually normalized,

Redefining the tablet: what does Huawei's matepad Pro 5g bring?

In my opinion, the first thing Huawei's matepad Pro 5g solves is high-speed connection and low latency waiting at any time and place.

As we all know ,Huawei Kirin 990 5GSoC have the best experience 5GSoCG the current network, performance and energy efficiency in the industry leading, AI computing power to ride the dust. The Huawei's first 7 nm EUV process 5 chip, Kirin 990 5G integrate the 5G baseband native into the SoC chip, the chip area is smaller and the power consumption is lower than the current mainstream external baseband scheme. 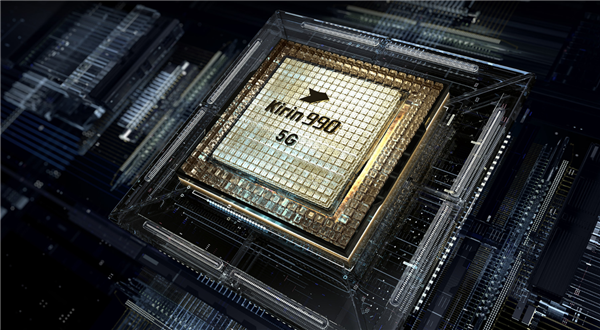 At the same time, the industry takes the lead in supporting NSA / SA dual architecture and TDD / FDD multi band, fully responding to the hardware requirements of chips under different networks and different networking modes. Its NR theoretical down peak rate can reach 2.3gbps, and the NR theoretical up peak rate can reach 1.25gbps, which is a fast experience in 5g era for plate injection. 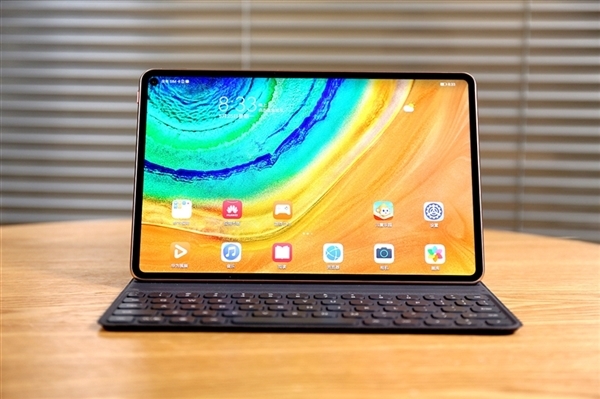 In order to achieve long-term endurance, Huawei's matepad Pro 5g has a large battery capacity of 7250mah built-in. With Kirin 9905g's powerful energy consumption performance and emui power saving technology, it can continuously play local 1080p high-definition video for 12 hours and comprehensive web browsing for about 10.5 hours. In the typical integrated office scenarios such as cross use of e-mail, WPS documents, demonstrations, tables, etc., the endurance is about 11 hours.

At the same time, Huawei's matepad Pro 5g standard configuration supports 40W super fast charging, which can be quickly resurrected with full blood. It also supports wireless forward and reverse charging, in which 27W wireless forward charging can be used for 2.7 hours in 30 minutes and 5.5 hours in 60 minutes.

7.5W reverse charging can also be used to charge other devices in an emergency. On the way of business trip, wireless charging can be carried out on the back of the tablet with a single touch, no matter the mobile phone and headset supporting wireless charging. On line power at any time, easy to use and more practical. 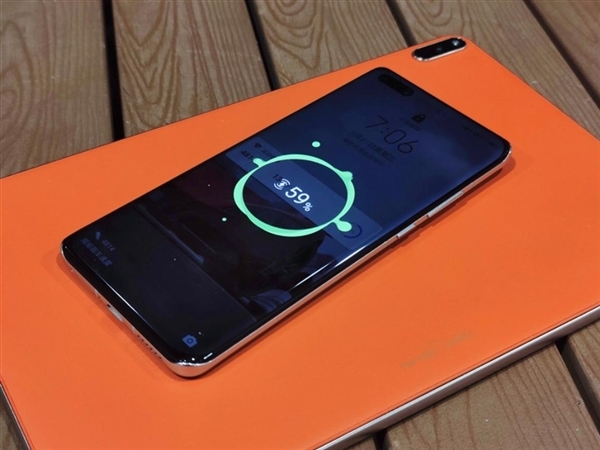 Secondly, Huawei's matepad Pro 5g has the best solution for mobile light office scenes, none of which, including but not limited to: multi screen collaboration, parallel vision, intelligent split screen, Changlian call, Huawei cloud computer, etc. after adding the magnetic absorption keyboard and Huawei m-pencil stylus, it is even more powerful. 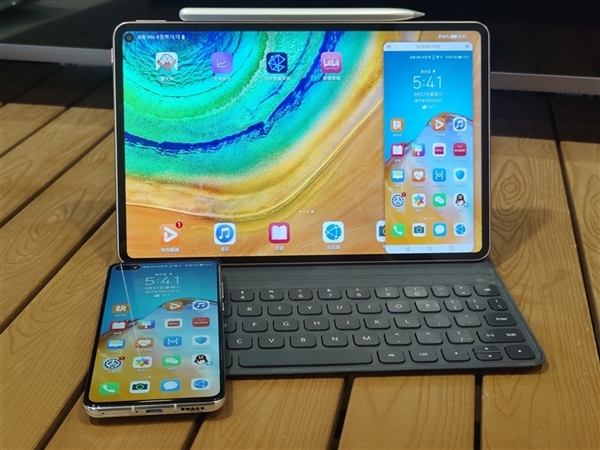 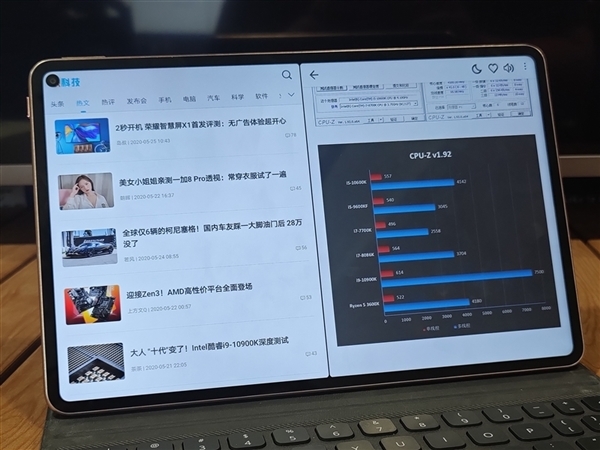 There are now 3000 applications that fit this feature, enough to cover most of the commonly used software.

At the same time, Changlian call supports 1080p level HD video call flow on Huawei mobile phones, tablets, smart screens and many other devices. During the process of using the tablet to brush plays, play games and even work, when the mobile phone calls in, it can be answered directly on Huawei matepad Pro 5g without worrying about missing important calls.

In addition, under the same network and account, Huawei's matepad Pro 5g distributed library supports viewing or sharing pictures taken and saved by other devices on the tablet, instead of clumsily transferring pictures via Bluetooth or WiFi, directly sharing. 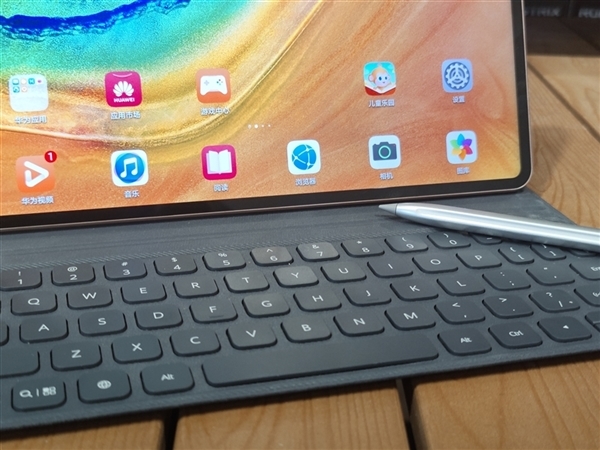 With the support of Huawei cloud computer, the use scenarios of Huawei's matepad Pro 5g are further expanded. Through 5g network, the cloud server can be connected with high speed and low delay, so that Huawei matepad Pro 5g can obtain the super computing power of calculation, and the use experience is close to that of local PC. Its ability is no longer limited to mail processing, conference video, document processing and other light tasks. With the cooperation of Huawei m-pencil stylus and wireless magnetic keyboard, this is a super performance personal computer.

For example, the heavy production tasks in Windows environment such as PS repair, video clip, CAD drawing, modeling, etc. can also be perfectly realized in the flat end. Users who need to deal with heavy tasks at any time can find their home on Huawei's matepad Pro 5g even if they are separated from the PC.

While iPad represent the epitome of the tablet industry over the past decade, the emergence of HuaweiMatePad Pro 5G will lead to development over the next decade. Huawei, in the industry sense, has once again playedpanel role again with G Huawei innovation 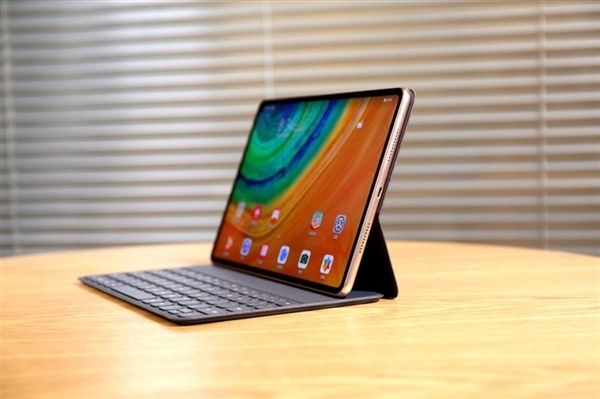 In my opinion, Huawei's advantages in making 5g tablet are as follows:

2、 Deep accumulation of terminal quality and technology. In the field of high-end PC and intelligent machine, Huawei, which has comprehensive technology accumulation, can quickly promote innovative technology and mature quality process to the tablet business; and the best 5g technology in the industry is the insurmountable moat for other brands.

3、 The whole scene is intelligent and ecological. Android's unique intelligent full scene ecology is the best guarantee for its differentiated competitiveness. Huawei's matepad Pro 5g can be seamlessly connected with Huawei's mobile phones, smart screens and other terminals. Multi screen collaboration, Changlian call, distributed library and other functions have brought unprecedented use experience.

All the purposes of human innovation, in short, can be summed up in two words: efficiency. Huawei's matepad Pro 5g is the embodiment of productivity efficiency in the new era of 5g.

In the era of mobile office becoming a trend, you may not need a common tablet, but you must need Huawei matepad Pro 5g. Its appearance is bound to lead a new trend of light office.

Related news
GitHub Trending has long been “hidden” by Chinese developers. Foreign developers SAY NO
Disassembly report: Huawei 5g accompanied by WiFi Pro e6878-370
Say goodbye to chicken ribs! Huawei matepad Pro 5g leads the next decade of tablet
HUAWEI M-Pencil magnetic absorption keyboard HuaweiMatePad 10.8 experience
Hot news this week
Biden signed a chip and scientific bill, a video call of WeChat iOS internal test suspension window, the advanced CPU caused Win11 to be difficult to use, Huawei new machines enter...
How to regulate the "broken card" operation to crack down on electrical fraud to prevent "accidental injuries" with cards?
Musk's eyes! Lei Jun released a full -size humanoid robot Xiaomi self -developed strength explosion table
Japan has confirmed that China has overtaken the US for the first time in the world's top three indicators of scientific papers
iPad 10 will be absent from iPhone 14 conference: October appeared on Apple's last non -comprehensive tablet tablet!
The three major indexes of the US stocks opened sharply: ROBLOX fell more than 4%, Twitter and Tesla rose more than 3%
Kuaishou TOB business Yu Bing: Self -developed chips or mass production after the end of the year, the video must be turned into light industry
The global streaming media have increased the animation circuit is becoming a new "breakthrough" for Youaiteng
Meizu Pandaer Great: All products are reduced by 200 and 30 -containing mobile phone cases, heat dissipation back clamps
After selling Tesla for $6.9 billion, Musk said he was not selling it, but a survey said he was still selling it. The title of the world's richest man may not be guaranteed next ye...
The most popular news this week
The survey shows that nearly half of the US Android users consider changing Apple iPhone
New bottle of old wine! Industry insiders: No one has the best cost control than Apple
Amazon requires US regulators to withdraw votes: bypassing the company's harassment of Bezos to disturb operations
Pet dog infecting monkey acne suspected "Human Poor" American CDC Reform Control Guide
Space Launch System to Fly for First Time
Tencent's second-quarter net profit fell 56% from a year earlier to 18.6 billion yuan
Fabless customers cut back on chip orders affecting Q4 capacity utilization
Washington's suspicion of TIKTOK exacerbated: How will the Bayeon government weigh it?
Pinduoduo launched its cross-border e-commerce platform in the United States in September
Put an SSD in your phone: from 2,499 yuan