The perfect combination of art and technology! HuaweiP40Pro P series of aesthetic and image pinnacles

He Gang, president of Huawei's mobile phone line, held a communication meeting with the media yesterday at the Smart Life Museum in Shenzhen, which was announced Huawei Intelligent Life Museum (Shenzhen Zhuoyue Center) will be officially opened at 10:28 am on June 6,2020. In addition, the long-awaited HuaweiP40Pro of consumers will also be officially opened on this day to meet the vast number of consumers. 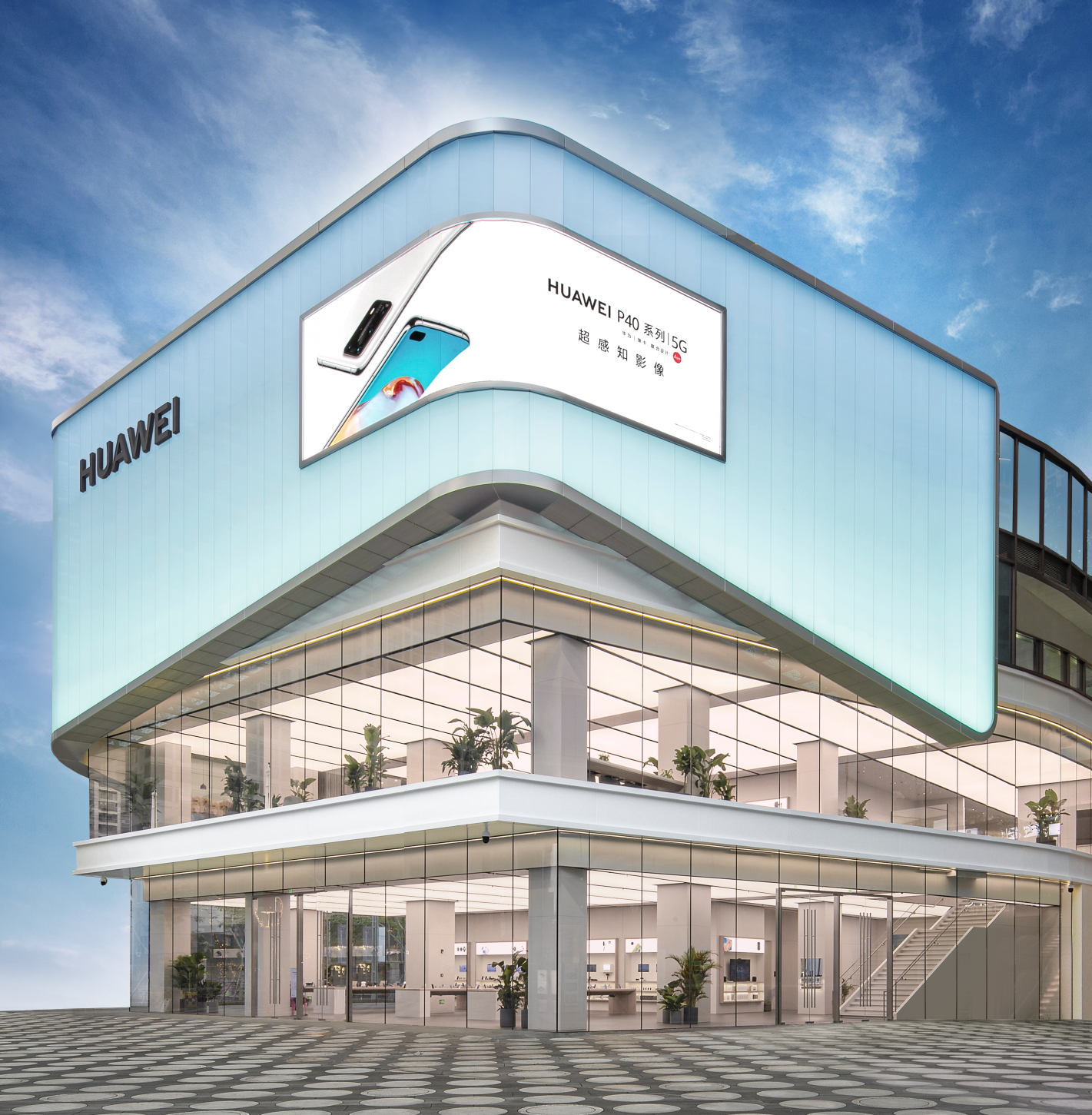 On the same day, the top models of Huawei new generation of flagship video P40 series On the site of the media communication meeting, he Gang, president of the mobile phone product line of Huawei consumer business, explained the appearance ID and extreme image technology of the flagship machine emperor, and conducted in-depth Q & A interaction with the media. 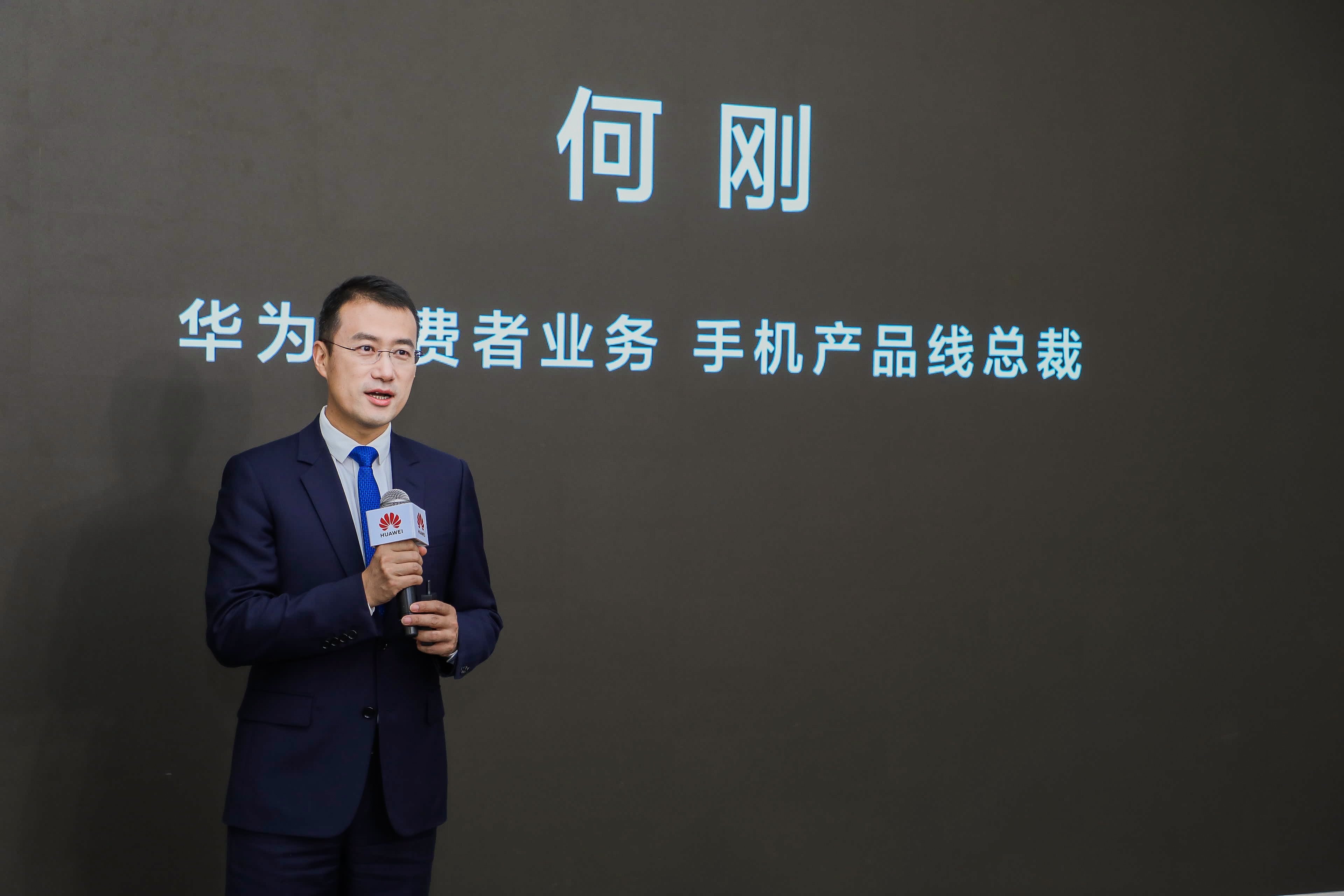 And what HuaweiP40Pro can best make consumers feel, First, there are two main points: one is the aesthetic design pursuit brought by the unprecedented appearance ID and the application of new materials and new technology, and the other is the overall evolution of image technology.

Huawei consumer business mobile phone product line president he Gang introduced to the scene media, in the fuselage back cover material selection, the HuaweiP40Pro is using nano-ceramics, this material is delicate, holding in the hand warm as jade, while tough, anti-scratch wear-resistant, durable. 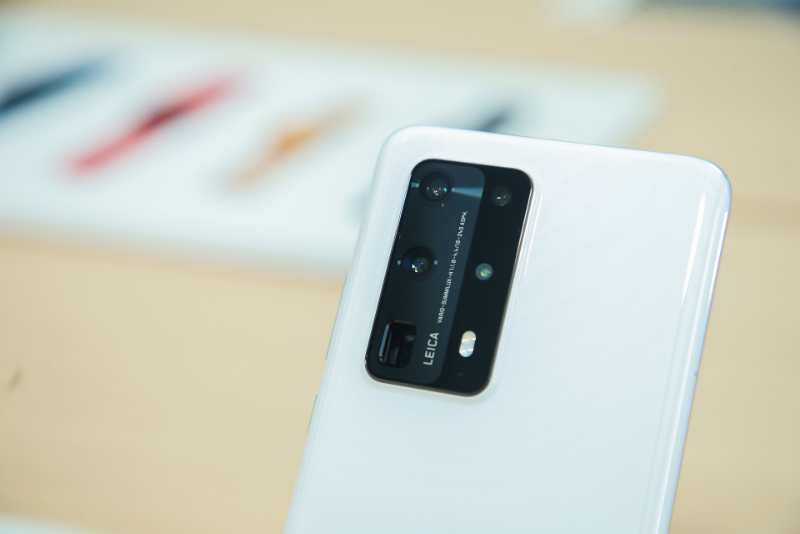 Although other mobile phone manufacturers have used ceramic materials in the product fuselage, but HuaweiP40Pro ceramic back cover has many stories, It is made of nano-sized microcrystalline zirconium powder and sintered into porcelain by high temperature of 1500 degrees in 5 days and 5 nights.

HuaweiP40Pro made of microcrystalline nano-ceramics, the texture is hard, the hardness is close to sapphire, can resist the wear and impact of the years. The black and white colors represent timeless classic, pure power that does not fade over time, while the fine crystal properties of the material itself, coupled with fine surface treatment, are superior in perception and touch.

In addition, Glass can not achieve the curvature ,HuaweiP40Pro can be achieved with ceramic one-time, give designers more design space. 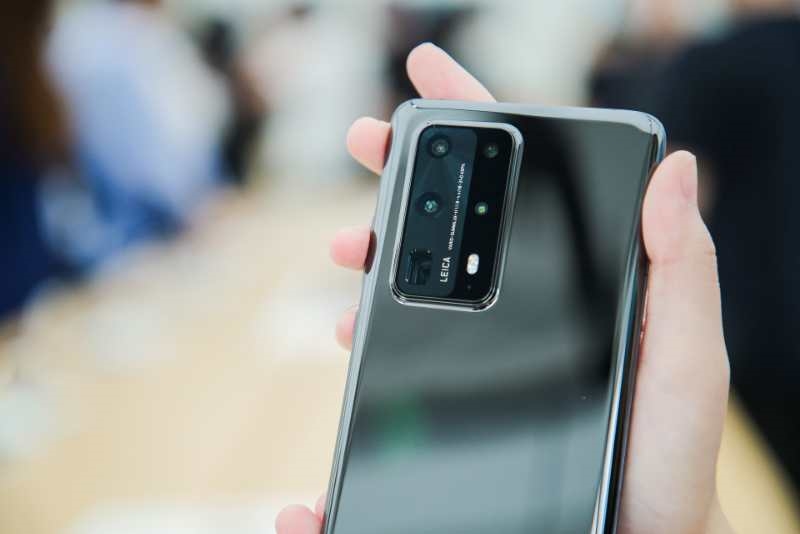 According to information, this generation HuaweiP40 series

Apart from the ceramic fuselage ,HuaweiP40Pro has the industry's first four-curve overflow screen, the screen slightly show radians around, such as the water cup full, fluid edge full and not overflow, converge into a perfect surface full of tension. Holding very comfortable, ceramic texture fuselage, with the front of the four-curved overflow screen, like water waves flowing all over the screen, so that the high-end experience quality feeling further improved. 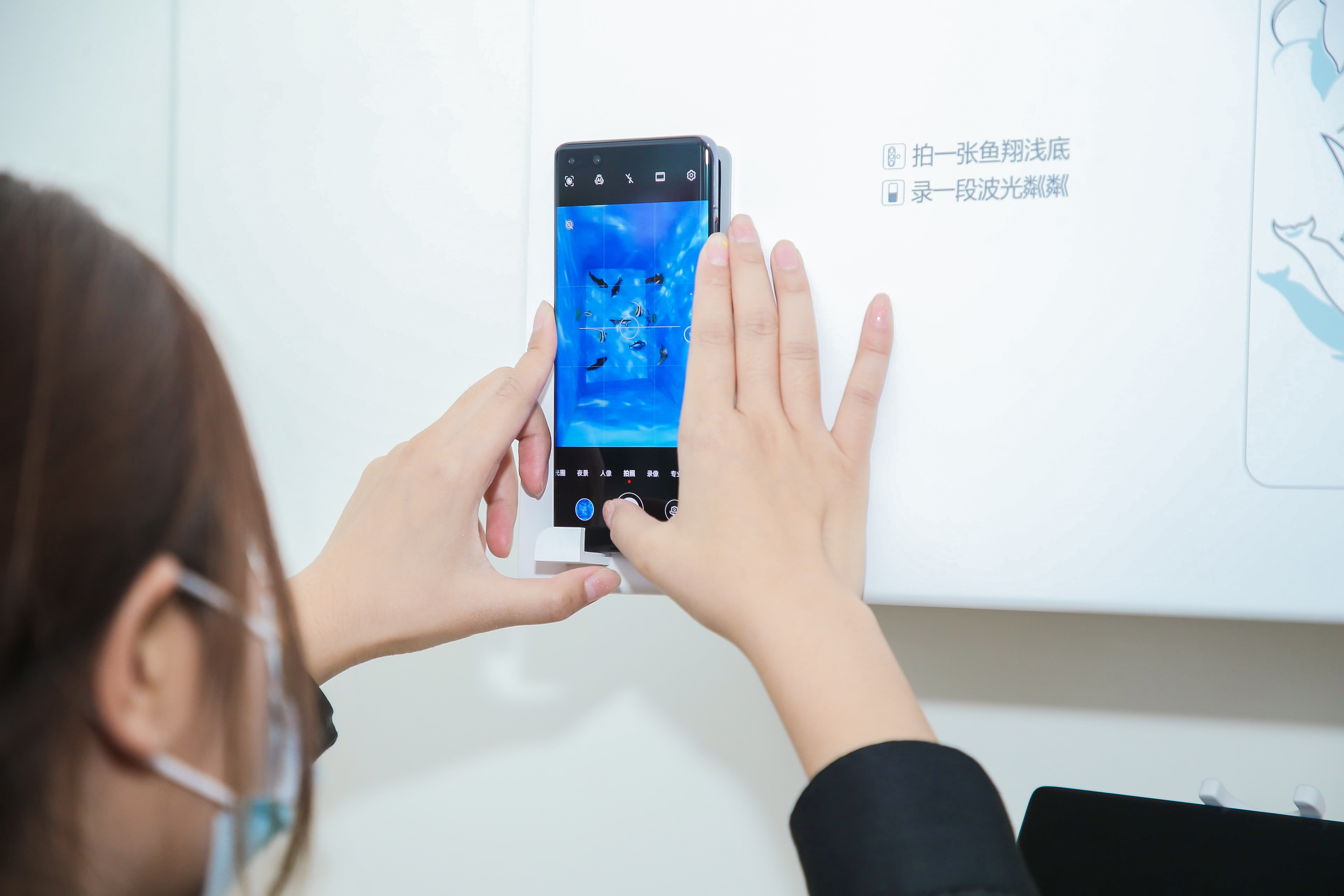 Besides having a high-end ceramic appearance ,HuaweiP40Pro also has a fully evolved hyper-sensing imaging system.So called

The first is to say what is beyond space, zoom is the most direct embodiment of today's mobile phone professional image ability, Because the optical zoom of lens is positively correlated with the height, it is very challenging to realize the high zoom in thin fuselage. 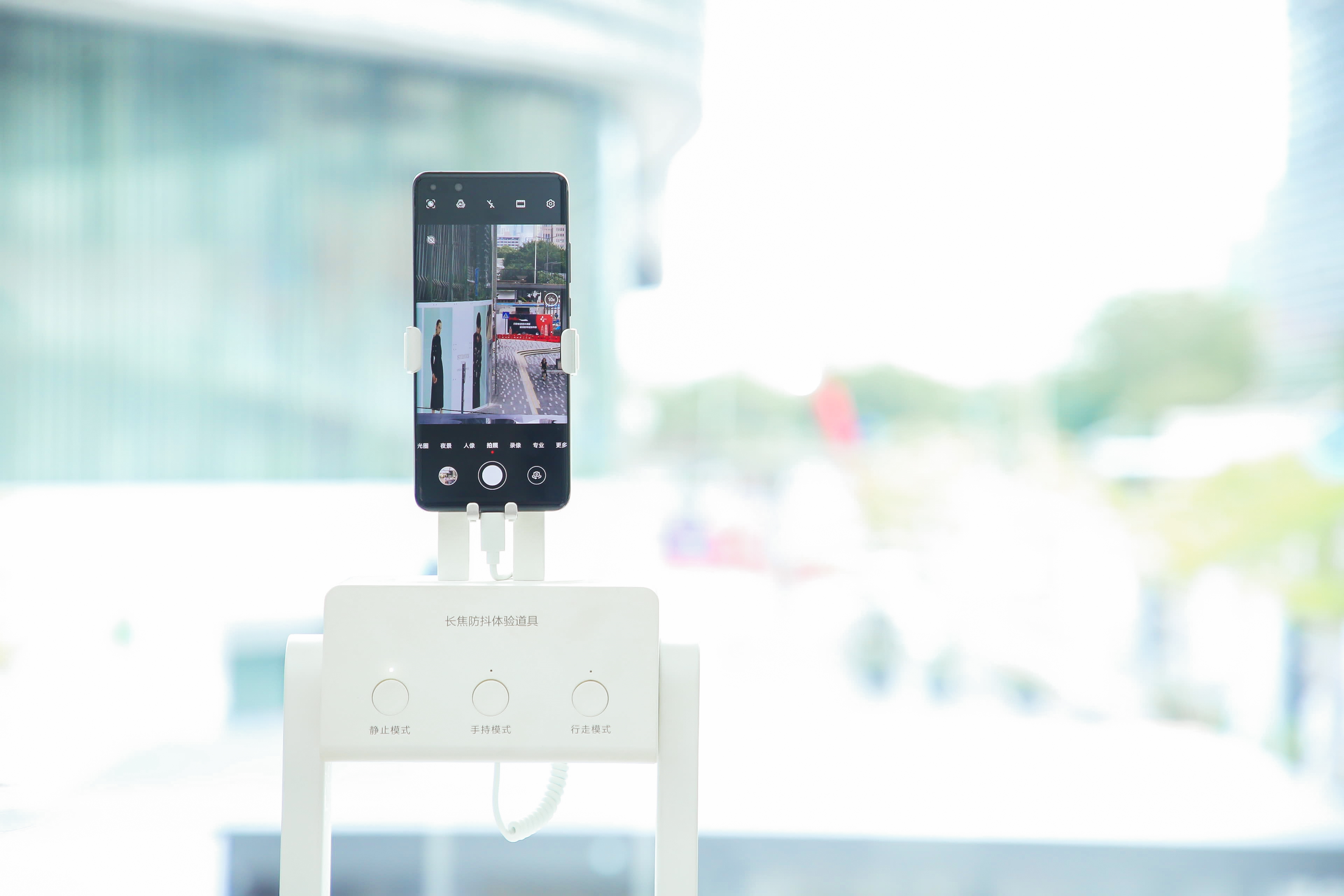 On the basis of HuaweiP30Pro periscope 5x optical zoom, the HuaweiP40Pro 10x optical zoom has done a lot of work in the design of periscope plus folding optical path, but the difficulty lies in the process of the whole optical path. Even through the reflector, it is still difficult to achieve 10x optical zoom.To this end ,HuaweiP40Pro created a multi-reflective periscope super-long focus camera, through five optical reflection, the optical path than the previous generation of HuaweiP30Pro periscope long focus up to 178%. In this way, not only effectively eliminate the distance limit, can see farther, but also effectively balance the mobile phone fuselage thickness space design difficulties. Finally ,10x optical zoom ,20x hybrid zoom ,100x digital zoom are realized.

And then beyond time ,HuaweiP40Pro hyper-aware imaging systems have. This is based on the RYYB 1/1.28- inch super sensor owned by P40 50 megapixel hypersensing host. In addition to the larger pixel size, focusing through the full-pixel eight-core, even in the case of weak light still has a faster focusing speed. According to the report ,HuaweiP40 series of multi-spectral color temperature using eight channels, so in the color matching degree has been greatly improved, the range reached 45%. 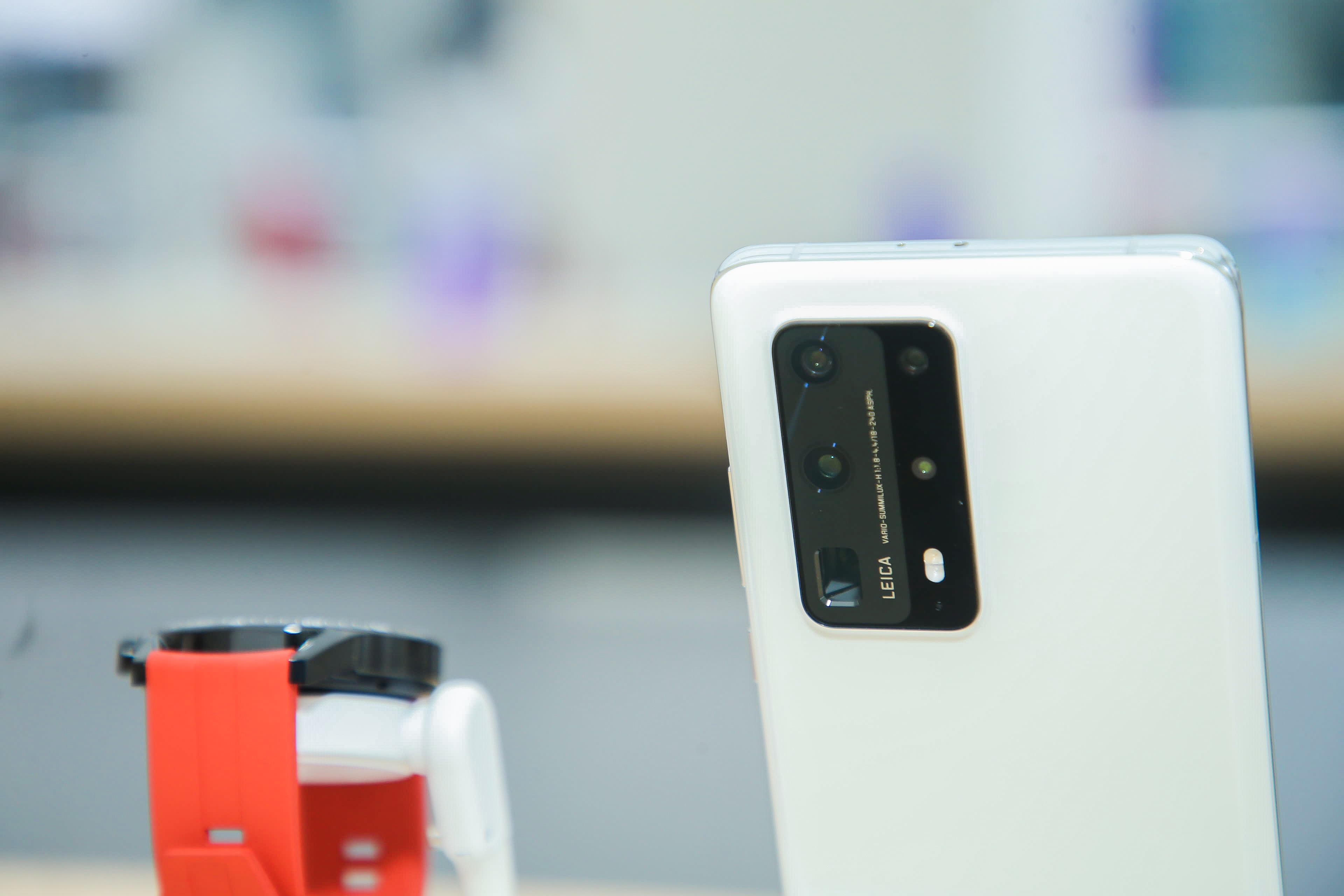 And finally beyond form. Beyond form is Huawei new concept of photography, beyond the way of image recording. In the past HuaweiP series has the ultimate pursuit of static images, and now also hope that consumers can get the perfect dynamic image experience. HuaweiP40 series, for example, can remove passers-by and eliminate reflections by AI wonderful moments. In addition, the dynamic imaging is used to record the life drops, and the algorithm optimization is used to realize the perfect image beyond the image form, which combines the dynamic image with the static image, and transcends the world of morphological recording. 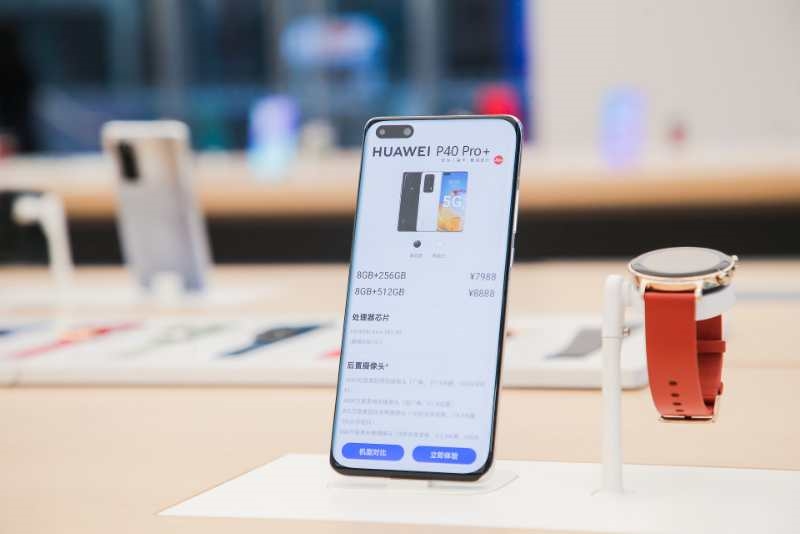 Users used to take a group of photos, need to manually pick, the experience is very bad, and HuaweiP40 series AI introduced wonderful moments, users can go back to the front, through four-dimensional images to better improve the quality and content of three-dimensional photos. AI wonderful moments, can take ultra-clear dynamic photos at the same time for multi-frame attitude detection, recommend 1-3 best selected moments to users, but also support passers-by removal and reflection elimination and other functions. 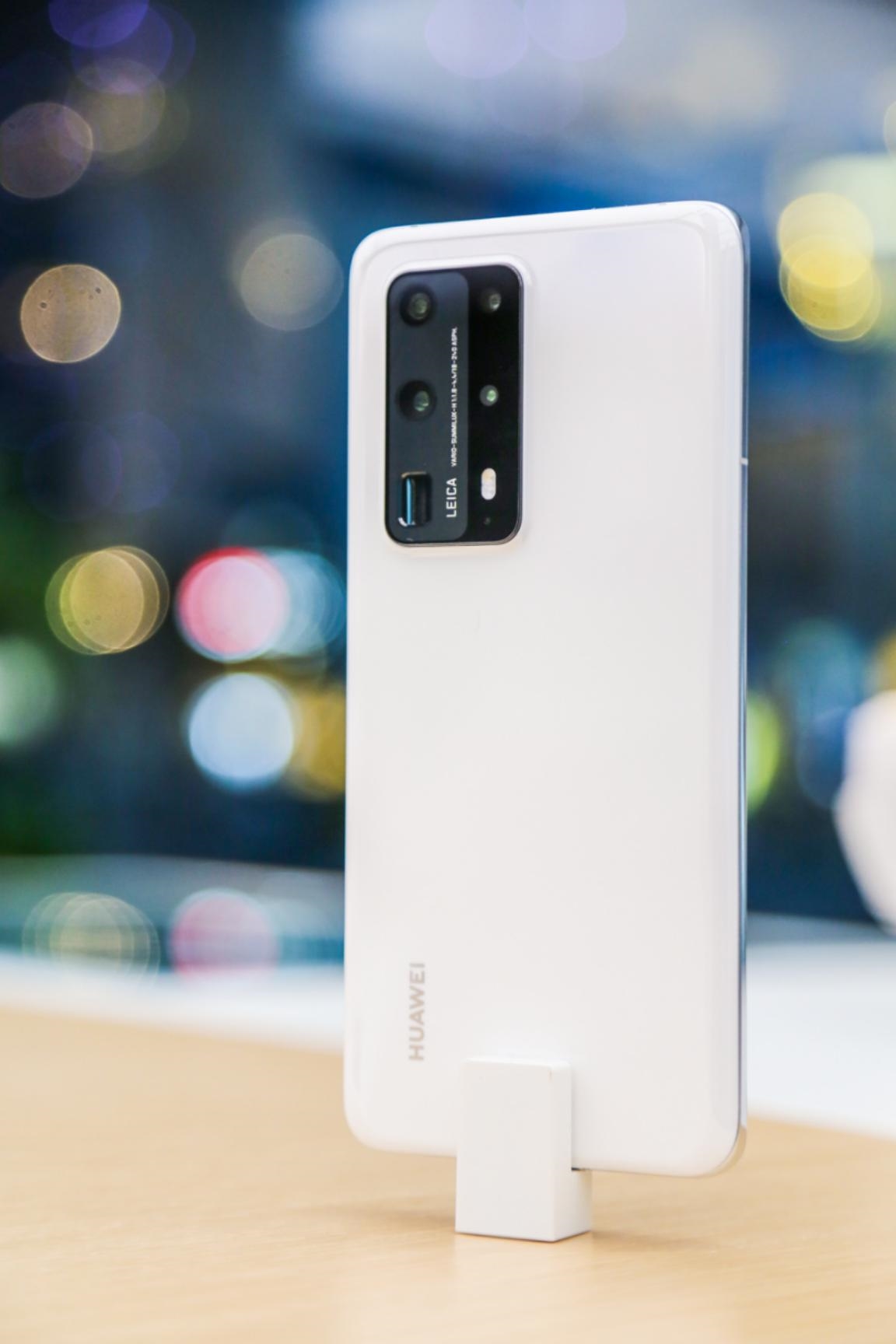 He Gang, president of the mobile phone product line of Huawei consumer business, said about the next steps in photo technology. Huawei the future will continue along the road of high-perception image, so that the image record more convenient, clearer, more exist, to provide consumers with a more super-sensitive experience way, beyond consumer expectations.

HuaweiP40Pro is not only the perfect combination of art and technology, but also the peak of P series of aesthetics and images. Benefiting from the nano-ceramic ceramic technology and Siqu overflowing screen ,HuaweiP40Pro imitate as an art treasure. And in the image ability ,100 times digital zoom ,10 times optical zoom breakthrough visual limit, once again upended the new standard of mobile image.

HuaweiP40Pro exploration of mobile phone aesthetics and extreme image ability is undoubtedly a feat, put in the whole history of mobile phone development, but also enough to draw a heavy stroke. The price of the HuaweiP40Pro is :8 GB 256GB version 7988 yuan ,8 GB 512GB version 8888 yuan, has been officially opened at 10:08 on June 6.

Related news
Huawei's P40 series of computing photography has caught the attention of netizens: this leading range is in line with the style of the P series
HuaweiP40Pro quick review: a year ahead
Again set up the industry zoom benchmarking HuaweiP40Pro 10 double optical zoom widely praised
Huawei P40 Pro: amazing photos "night vision" is still powerful
High-end Image Flagship :HuaweiP40Pro Comprehensive Evaluation
At the top of the flagship HuaweiP40Pro every shot ever made is a high-end blockbuste
The perfect combination of art and technology! HuaweiP40Pro P series of aesthetic and image pinnacles
beyond DxO current first! Deconstruction of HuaweiP40Pro Excellence in Image :10x Light becomes the
Visual and tactile double extreme enjoyment HuaweiP40Pro black and white ceramics CP stunning opening
After a few months of HuaweiP40Pro use, the fruit powder nails were converted
Hot news this week
Titanium Media Publish Assesum: People's Bank: Digital RMB Winter Olympics pilot has entered the sprint phase; Tesla announced that 250,000 Powerwall energy storage power stations have been installed
Capital does not love SAIC, "flying" subsidiary, Jet Hydrogen Technology intends to go to science and technology board
Study on the sequelae of COVID-19 in the Chinese team: Shortness of breath, depression and other problems still existed nearly one year after discharge
Great Wall electric car goods wrong board! Little sister rights: female car owners are not stupid money
US media: If it is unable to quickly solve the problem of incomplete behavior in the company, the moving Blizzard CEO will consider resignation
Tencent responded to "APP to get ridiculous": Upgrade APP is now downloaded for user rights protection
Gree announced the implementation of the double-holiday work system Dong Mingzhu from the media voice netizen God reply
Wechat: It will not be possible to create an account for controlling comments and Revelations related to star artists
Netease Cloud Music will soon be listed on the back of 200 million monthly live users how to make money
The ninth batch of online anchor warning list announced Wu Yifan, Zheng Shuang and other 88 people in column
The most popular news this week
Huawei Watch GT 2/2E Upgrade: Download third-party apps
Miit: China's 5G terminal users reach 450 million! Accounting for more than 80% of the world
Sources say tesla's German plant will start production in December, while Volkswagen's Audi will start production of the Q4
The first batch of invited to become Apple ecological developers, Bunkes launched a variety of Magsafe accessories
Intel ignition level 56 core bubble! AMD can go to sleep
5G Core Standard Essential Patent Competition: Huawei Wins again!
MIUI development version upgrade! 4G was "discriminated against"
Tea Party CEO Tan Jong: Bringing together youth and women to build a new future for Asia
The birth of the Chinese own genetic variability is named "female 娲"
The most dead industry: the Internet can only row the second first thoughts